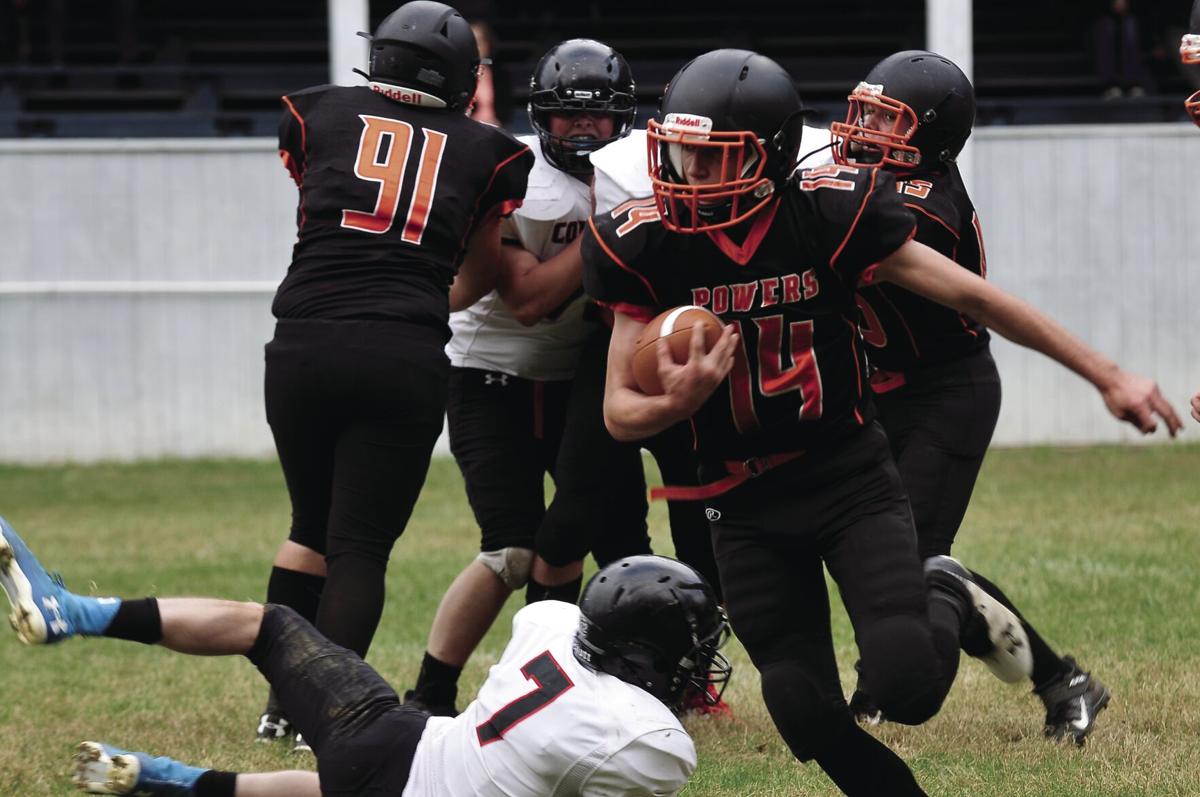 Alex Mahmoud looks for running room for Powers during Friday’s win over North Lake. Mahmoud had three touchdown runs during the game. 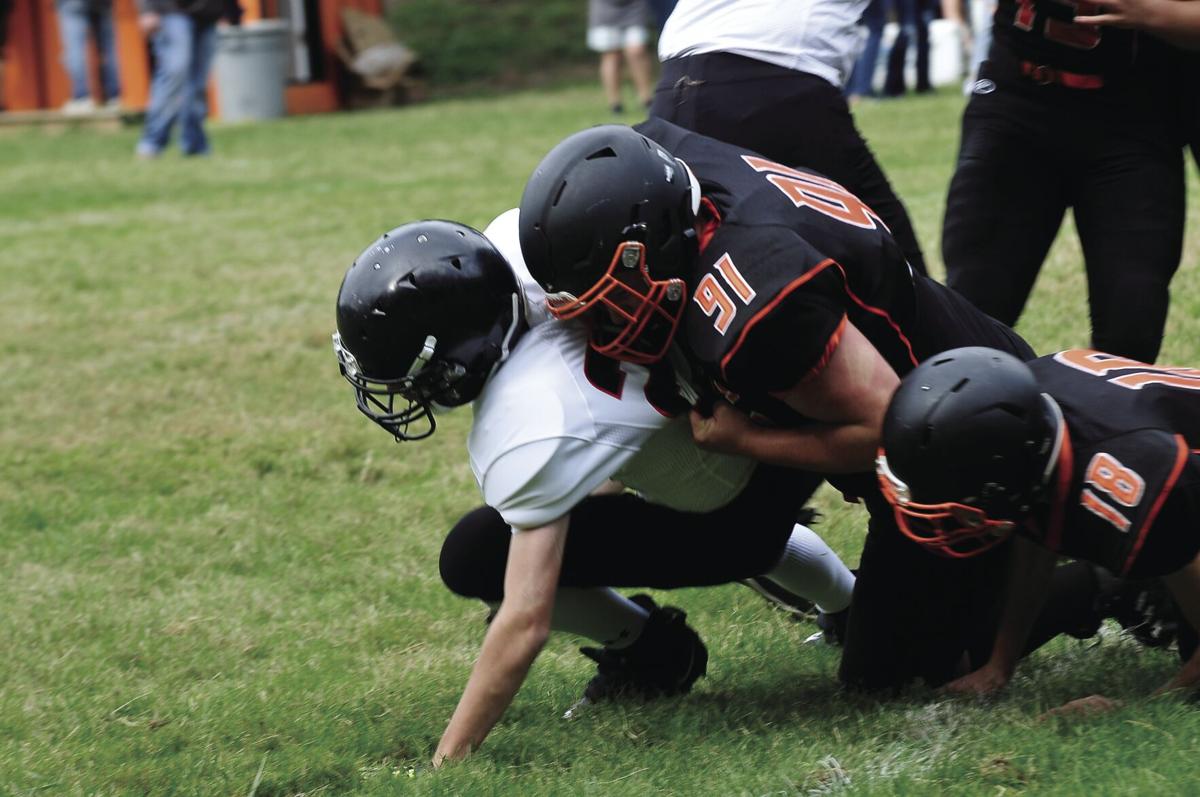 Alex Mahmoud looks for running room for Powers during Friday’s win over North Lake. Mahmoud had three touchdown runs during the game.

POWERS — After two years playing for other teams, Michael Pedrick felt a little pressure when Powers was finally able to have its own football team again.

“I was probably the most nervous about our first game,” the Powers junior said. “I grew up as the manager since I was in kindergarten. Getting back, there was quite a bit of pressure to have a good season.”

So far, so good for the Cruisers.

After Friday’s 48-6 win over visiting North Lake, the Cruisers are a perfect 6-0.

Friday’s game was a mismatch from the start. The winless Cowboys couldn’t contain the speedy Cruisers on a number of big plays and struggled to get an offensive rhythm against the tough Powers defense.

On the very first play from scrimmage, Alex Mahmoud broke free for a 51-yard run. His conversion run gave Powers a quick 7-0 lead.

Both Mahmoud and Pedrick played for North Bend two years ago and for Myrtle Point last season, waiting for the school to get enough boys to have its own team again.

Seven freshmen gave the team enough players, and they have been rolling all season.

“We didn’t think we were going to be as good as we have been,” Mahmoud said. “The freshmen are better than we thought.”

That comes, in part, from extreme commitment.

“A lot of it has to do with dedication,” said sophomore Charles Shorb, who also played in Myrtle Point last season. “We came out in the summer every day, lifting weights and getting on the field.”

One of those freshmen is quarterback René Sears, who has repeatedly made plays through the season. He scored the second Powers touchdown Friday on an 11-yard run and then connected with Shorb for a 48-yard touchdown. After another short TD run by Mahmoud, Sears connected with Braden Bushnell for a 14-yard touchdown and scored on a 9-yard run.

Mahmoud had one last touchdown, a 65-yard run on the first play of the third quarter.

All of the scoring, which also included extra points by Jayce Shorb, Henry Fandel and Pedrick, on a pass from Sears, drew cheers from the big home crowd that wasn’t able to cheer the Cruisers the past two seasons.

He added that having games at home again has helped bring the community together, such as the fans who witnessed the big homecoming win Friday.

“Playing for other teams — it’s not the same,” he said.

Not that the past two seasons weren’t good for Pedrick, Mahmoud and Charles Shorb.

“North Bend helped us with our attitude,” Pedrick said. “They were a winning program.

“Myrtle Point helped with having a season. It kept us in focus for football.”

The Cruisers have been focused just about all season, though they had to work particularly hard for a 19-13 win over Riddle in their previous game — Gilchrist forfeited to Powers last week.

“We came in way too confident for Riddle,” Pedrick said. “It was a good game for us. It gave us a sense of reality.”

That and a tough earlier win over Yoncalla when Powers pulled away late have helped the team.

“It spiked our confidence that we have what it takes to make the playoffs,” Mahmoud said.

“That will be a good, tough game,” Powers coach Kayne Pedrick said.

The coach said he was pleased with how things went Friday.

“This was a really good game for us to sharpen up what we’re doing,” he said. “We did what we wanted. We executed really well on offense, we played well on defense and we came out healthy. Those are the things we wanted to accomplish.”

Not lost in all the offensive fireworks for Powers has been the stellar defense, which included numerous one-on-one tackles.

“It doesn’t matter what level of football you play, if you get in and wrap up low, you are going to make a lot of plays,” Kayne Pedrick said. “It’s good, sound fundamentals.”

The Cruisers also forced one turnover Saturday, an interception by Patrick Mahmoud that led to one of the second-quarter touchdowns.