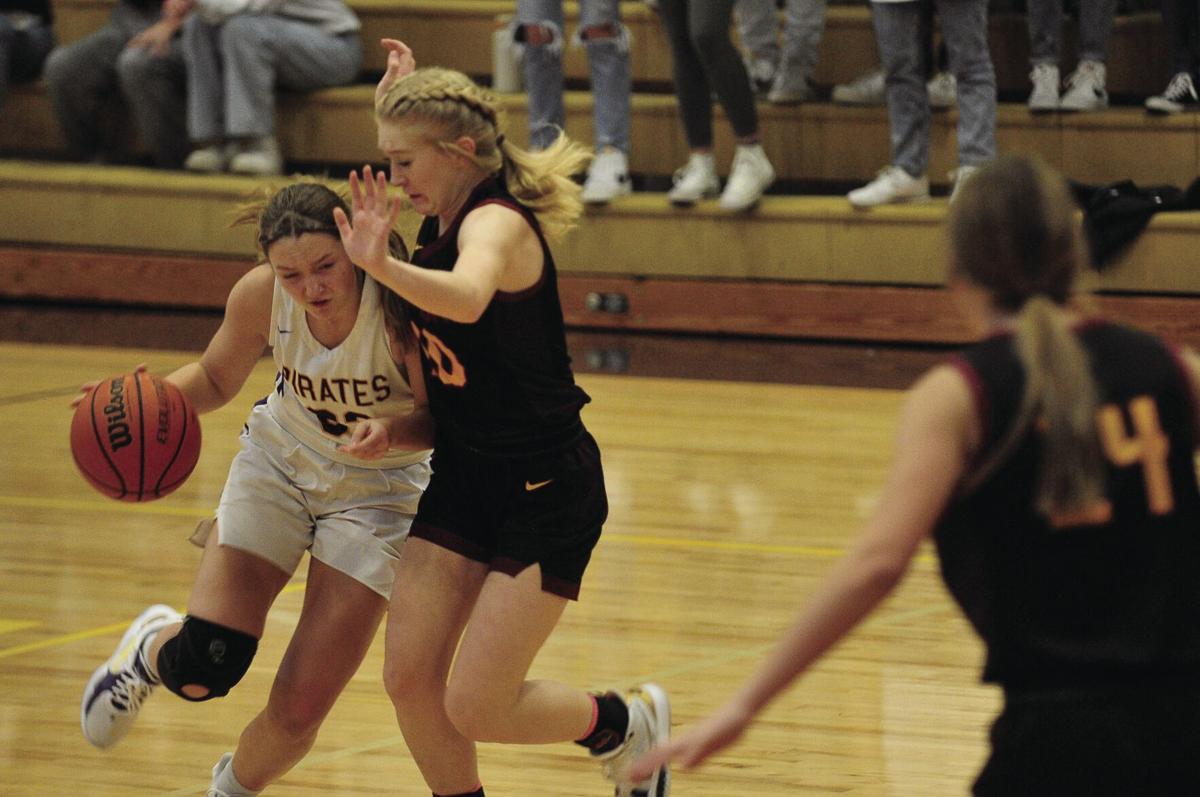 Marshfield's Kate Miles tries to drive into the lane. 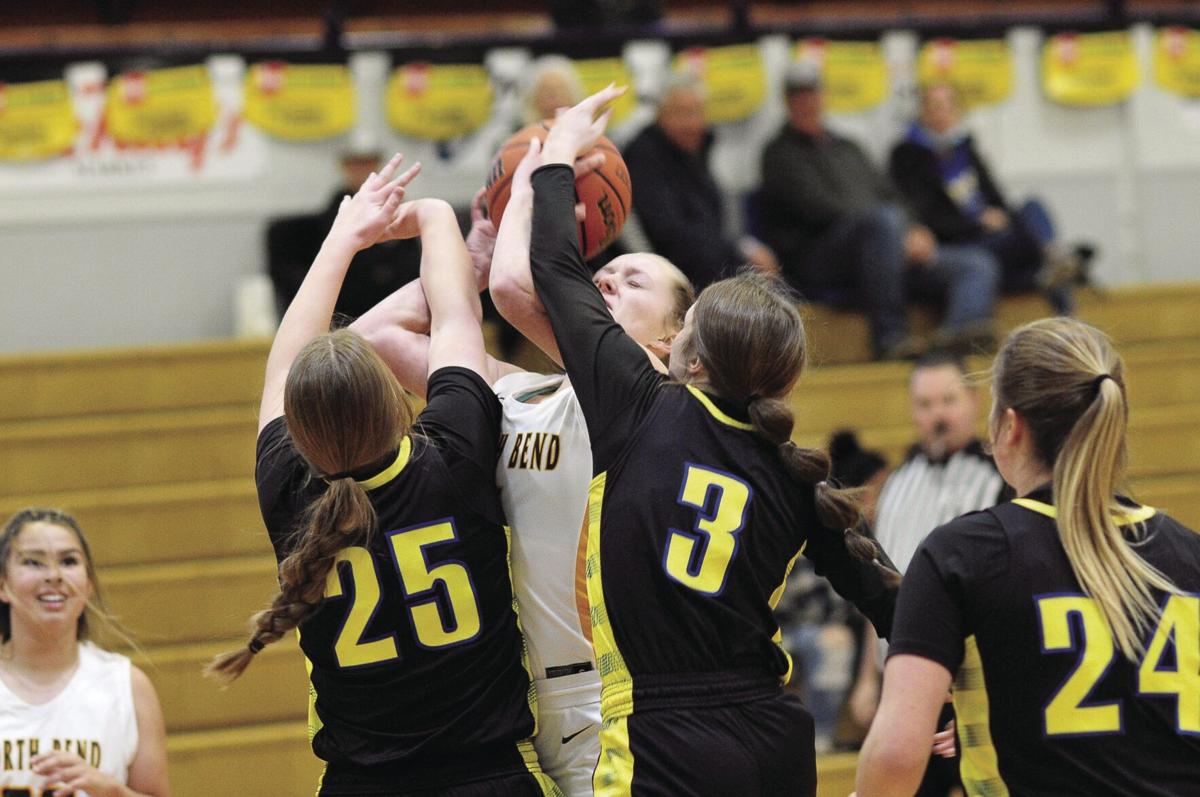 North Bend's Adrianna Frank is fouled while going up for a shot.

Marshfield's Kate Miles tries to drive into the lane.

North Bend's Adrianna Frank is fouled while going up for a shot.

Marshfield, which also avenged an earlier loss to the Bulldogs in the consolation semifinals on Friday after both lost their openers, edged Brookings-Harbor 24-19 in a low-scoring affair for fourth place.

The Bulldogs, meanwhile, topped Hidden Valley 52-42 in the seventh-place game.

Marshfield, which also beat Brookings-Harbor earlier in the week, improved to 3-2 through the tournament.

“I think we got better this weekend,” Marshfield coach Doug Miles said. “We struggled against Redmond but even in that game we showed flashes of good stuff.

Paige MacDuff had nine points in the loss to the Panthers.

In the win over the Bulldogs, Charlie Dea had 17 points, Kate Miles 11 and Tatum Montiel eight.

“We played our best game of the year against North Bend,” Doug Miles said. “We are really starting to find our identity on the defensive side of the ball.

“Our young kids are starting to learn how to be physical and how they need to play in order to compete. We struggle offensively but I see glimpses of improvement.”

Dea and Kate Miles had six points each against Brookings-Harbor, while Ashlyn Schofield scored eight for the Bruins. Schofield hit the game-winner at the buzzer as Brookings-Harbor beat Hidden Valley to reach the fourth-place game.

The Pirates face Molalla on Tuesday and Cascade on Wednesday in the Cascade Holiday Classic.

North Bend was up and down in the tournament, playing two great quarters in a 56-38 loss to Crook County before falling to the Pirates and beating Hidden Valley.

“I think we are still trying to figure out how we are going to be competitive most nights,” North Bend coach Mike Forrester said after the tournament. “We have an interesting mix of talent. Our best offensive group isn’t our best defensive group.

“We played a taller group of athletes today but we were slow on offense. Later, we went with a quicker lineup that helped us on defense. One thing I know is that in the right situation we have 10 different athletes that can step on the floor that will play hard.”

In the opener against Crook County, North Bend played six girls in the first quarter and all six made one shot.

The game was close until Crook County had a 15-0 run bridging the first and second quarters - the Bulldogs only had two points in the second.

North Bend’s Adrianna Frank came out red hot in the third quarter, scoring 14 points in the first three minutes, including four straight 3-pointers. She finished with 22 for the night.

But the closest North Bend got was eight points.

Frank had nine points and Nevaeh Edera 10 against Marshfield.

Against Hidden Valley, Frank had 23 points and Trinity Barker 18 (10 on free throws). North Bend outscored the Mustangs 30-21 in the second half.

“I was disappointed in some decisions I made defensively versus Marshfield,” Forrester said. “I definitely got out coached.

“I really liked our intensity in the first and third periods versus Crook County, but we didn’t put four quarters of that together. I’m glad we put four quarters together today heading into our first league game next week.”

Philomath captured the girls title, pulling away in the fourth quarter for a 38-31 win over Crook County.

Tournament most valuable player Sage Kramer had 13 points to lead the Warriors, while Reagan Larson added 11 and Abigail Brown nine.

Crook County, which rallied to tie after trailing early by nine points, got 10 points from Katelynn Weaver.