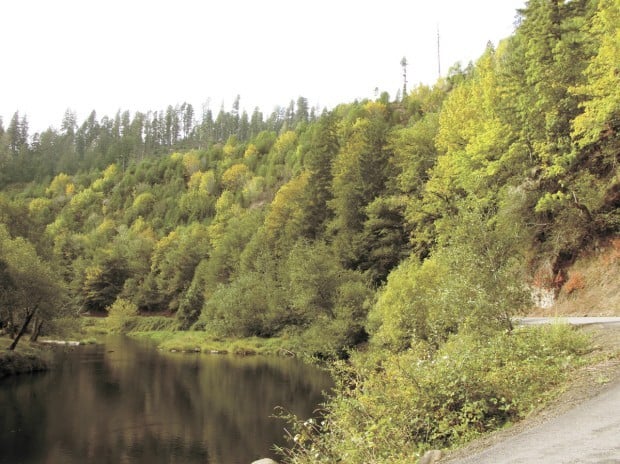 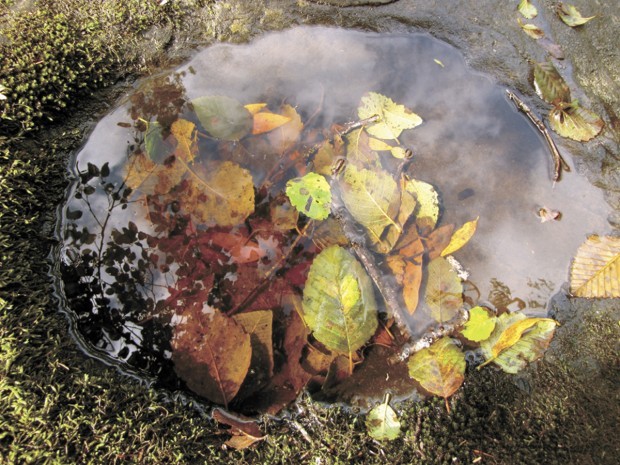 Colorful leaves float in a pool of water next to the East Fork Millicoma River on Tuesday. Fall colors soon will take over the drive to Golden and Silver Falls State Park past Allegany.

Colorful leaves float in a pool of water next to the East Fork Millicoma River on Tuesday. Fall colors soon will take over the drive to Golden and Silver Falls State Park past Allegany.

It may not be Vermont in autumn, but Oregon has plenty of fall colors, all differing among its diverse regions.

A stark contrast against the many evergreens, reds, oranges and yellows stand out on scenic drives, deep in forests, strolling through towns and along riverbanks.

And now is the perfect time to plan a trip, drive or weekend to experience fall in Oregon.

As fall colors are just starting to peek out along rivers and in downtown Coos Bay, many other areas of Oregon have already started showing color.

The best place to find updates on how fall leaves are progressing is online, thanks to a blog, Facebook page and Twitter account from Travel Lane County. (Visit http://oregonfallfoliage.wordpress.com to view the blog, and search for Oregon Fall Foliage on Facebook and Twitter for updated photos and reports, or call at 541-484-5307.)

Travel Lane County has been the official Oregon fall foliage hotline for about nine years, according to Tourism Public Relations Manager Emily Forsha.

"It just sort of happened," she said. "People were always calling asking when to come."

She added that a reporter wrote a story about Oregon's fall foliage gaining ground on the national tourism stage, and he mentioned Travel Lane County as the best resource for updates and it's grown from there, including the addition of the blog three years ago.

But they don't just get updates from Lane County. With contacts in all of Oregon's regions, Oregon Fall Foliage brings photos and details from Eastern Oregon to the Columbia River Gorge, Willamette Valley to the coast.

The difference in regions is why fall foliage is so interesting in Oregon.

"I think one of the things that's really appealing is it's so diverse," Forsha said. "There's such a variety of different types of trees."

"I like seeing the vine maples in the conifer forest, their red, orange, yellow sparkling in a landscape of dark green, like jewels laying on velvet," she said, adding that the best drive to see this sight is up the Umpqua River and over the Coast Range crest.

Still, it's difficult to predict when leaves will change. Giles said good fall color requires cool but not freezing weather, which allows the leaves to break down their colors chemically.

Forsha said they can only vaguely predict when the fall colors will peak based on previous years, but people still try to plan trips quite early.

"People start calling about this in June. That's when I get out my crystal ball," she said, laughing.

She said early in the fall season, higher-elevation trees begin their changing, and Eastern Oregon sees some change a bit earlier as well. The remaining regions are just starting to see a bit of color now, as middle to late October usually is the peak time.

Driving along Oregon's scenic byways is a great way to experience the vibrant landscape, Forsha said, pointing to the McKenzie-Santiam Pass Scenic Byway and the Columbia River Gorge as a couple favorites.

"And just driving through the Willamette Valley, you'll see color," she said. "Drive through Oregon's wine country to see the changing vineyards."

Katherine Hoppe, the director of promotions and conventions at the Coos Bay-North Bend Visitor & Convention Bureau, mentioned a few drives locally if you want to see fall's hues a little closer to home.

Driving along the East Fork Millicoma River right now offers peeks of reds and even more yellows - but in a couple weeks, the road out to Golden and Silver Falls State Park will be rich with fall's visual bounty.

"Then also the areas along our country roads like along the Coos River. I imagine the drive to Mahaffy Ranch (in Allegany) will be excellent in around two or three weeks," Hoppe said last week.