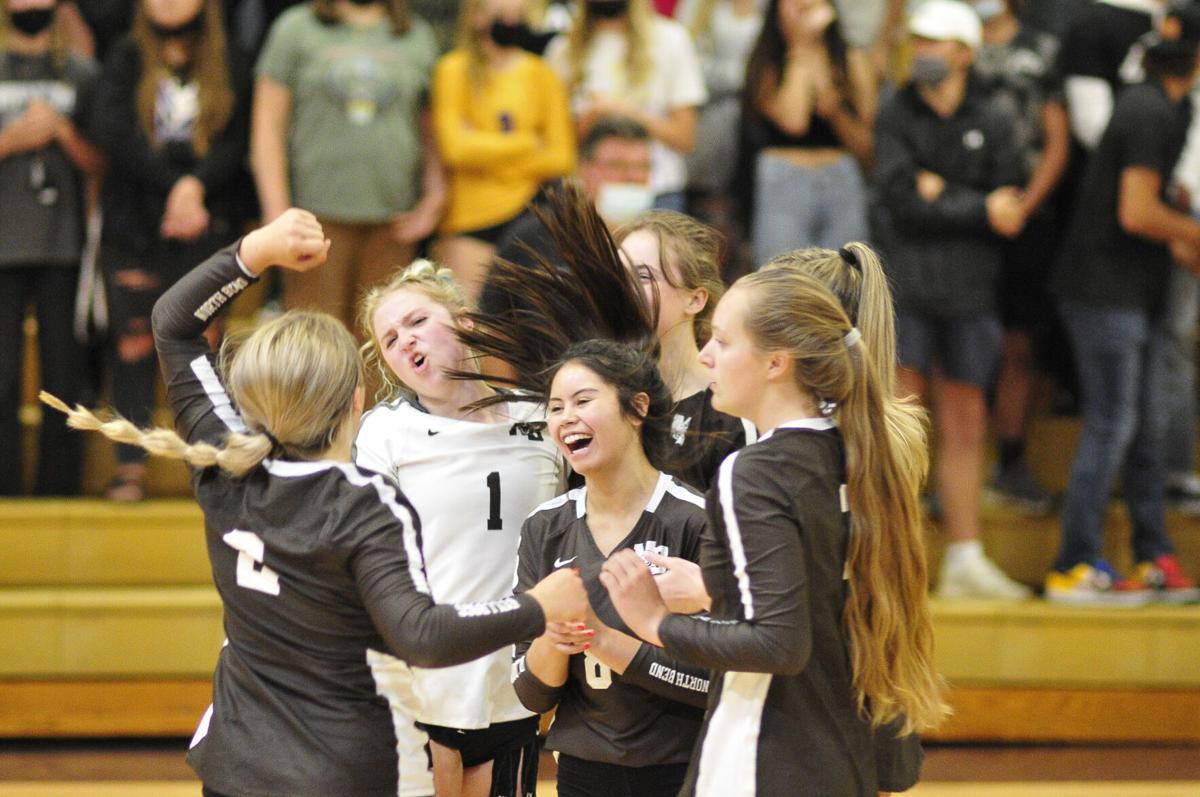 North Bend celebrates its victory over Marshfield in their rivalry volleyball match Tuesday. 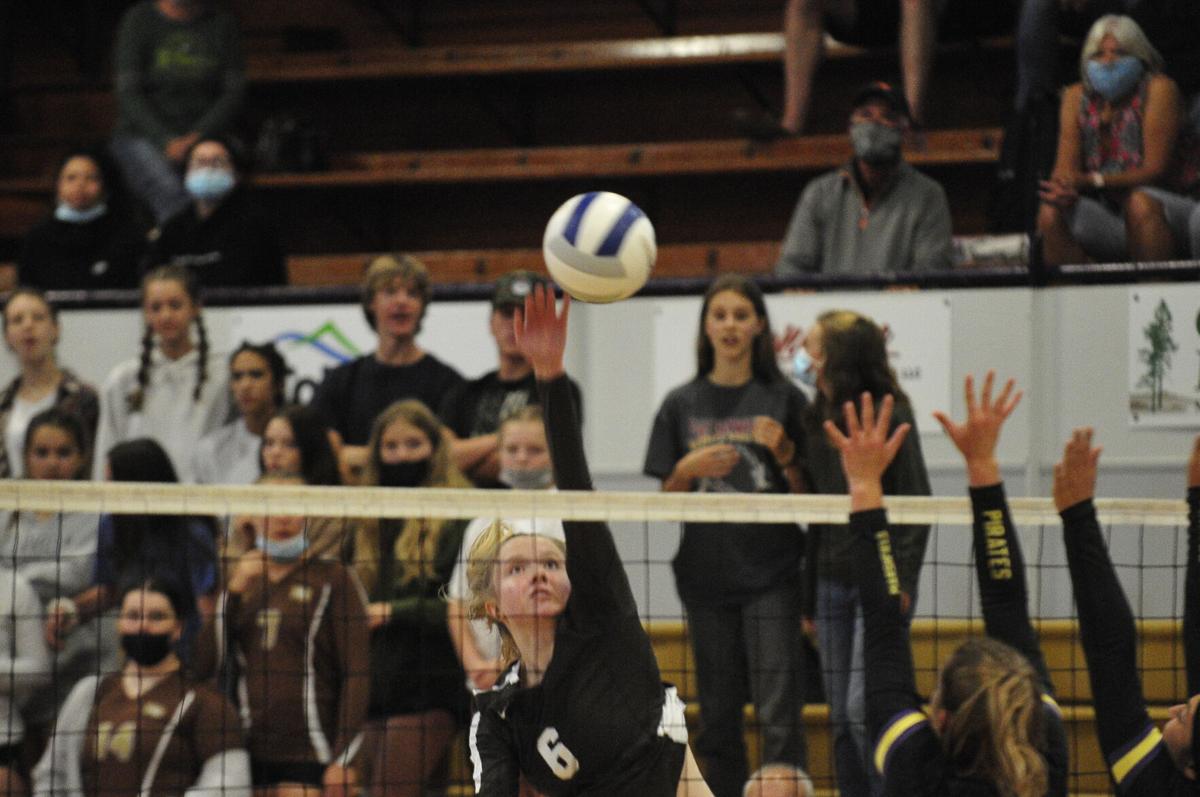 North Bend’s Bridget Gould connects on one of her kills against Marshfield on Tuesday night at Pirate Palace.

North Bend celebrates its victory over Marshfield in their rivalry volleyball match Tuesday.

North Bend’s Bridget Gould connects on one of her kills against Marshfield on Tuesday night at Pirate Palace.

North Bend’s senior volleyball players have been waiting a long time for this year.

The squad with eight seniors followed up its two wins to start the Midwestern League season with a three-set win over host Marshfield on Tuesday at the Pirate Palace.

It wasn’t just North Bend’s first match in the Bay Area this year, it was their first match in front of home fans in nearly two years, with last year’s season first delayed until the spring and then mostly played outdoors or in empty gyms.

“I think it’s nice to be back on an actual court, with spectators,” said Sydney Wilson, one of the seniors. “It’s a lot different to be able to have people to be there to cheer you on.”

And there were a lot of people, especially students from the two schools for the rivalry game.

And both sides had a lot to cheer for early in the match, with long rallies giving an early indication of the tough defense that would mark much of the evening.

North Bend rallied from a hole in the first set before winning 25-23. Then the Bulldogs took a see-saw second set that went extra points, each team fighting off a set point before North Bend ultimately prevailed, 27-25.

In the third set, Marshfield went up 14-6 before the Bulldogs again rallied, eventually winning 25-21.

“They just kept fighting and pushing and found ways to get points when we needed to,” North Bend coach Summer Sawyer said.

The rewards for their persistence have been a long time in the making.

“Freshman year, our season was 0-16,” Wilson said of North Bend’s league record then.

And they are having success.

“We’ve worked on putting the ball down and placing the ball where we want to,” Wilson said.

They needed that effort to beat the Pirates.

“We knew it was going to be a battle coming in,” Sawyer said. “They have some phenomenal hitters.”

While the Pirates played solid defense much of the night, they weren’t consistent enough on offense, Montiel said.

“We dug up a lot of balls,” she said. “It came down to errors at clutch times.”

Tammie Montiel came away impressed with the Bulldogs.

“North Bend is a great team,” Montiel said. “They’ve got a lot of weapons. They’re scrappy.”

While the Bulldogs remained perfect, Marshfield suffered its first loss.

“It’s never good to lose,” Montiel said. “It’s a good match to learn some early season lessons in what we can get away with.”

And, she added, “It’s a good thing we play them again.”

The rematch comes on Saturday, Sept. 18, when North Bend hosts Willamette in a Midwestern League match, followed by the Pirates playing Willamette and then Marshfield and North Bend meeting.

The win came a few days after the Brave went a perfect 3-0 in the annual Les Schwab Tournament the team hosts. During that tournament Reedsport avenged an earlier loss to Lowell.