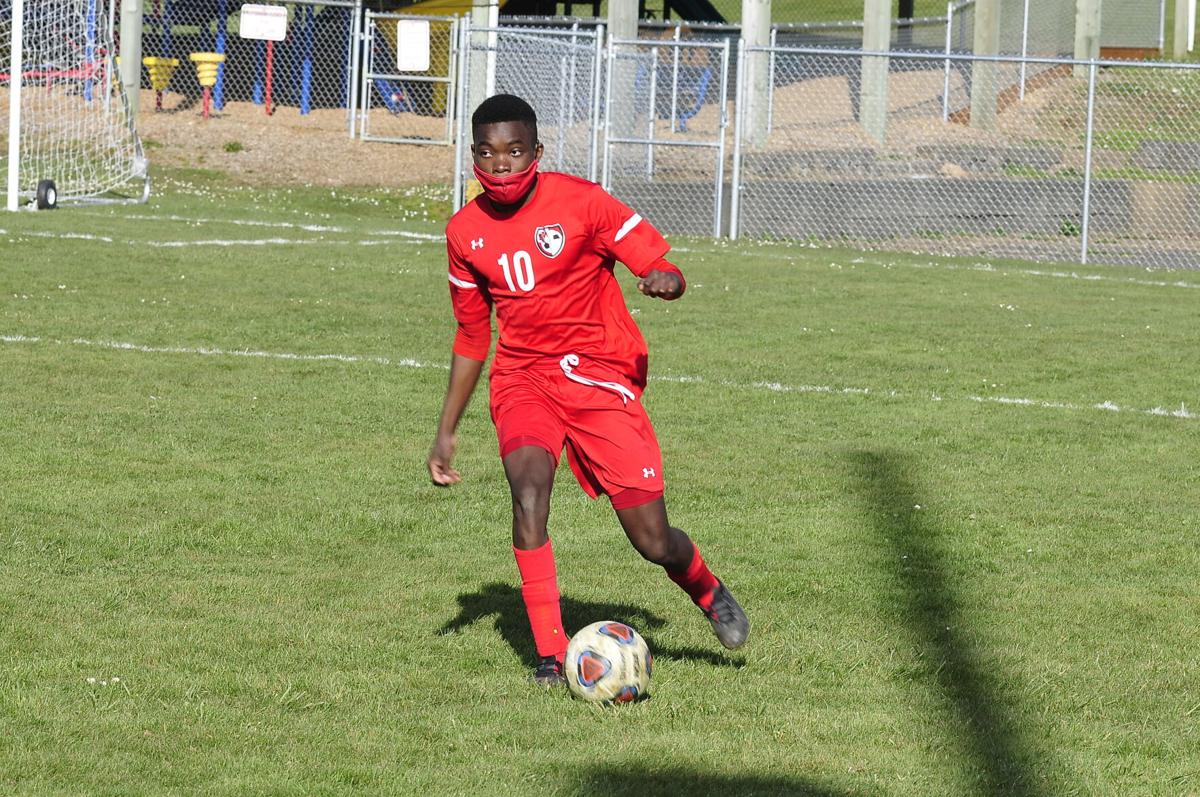 Coquille’s Godfred Amonoo pushes the ball up the pitch during Tuesday’s match with Douglas. 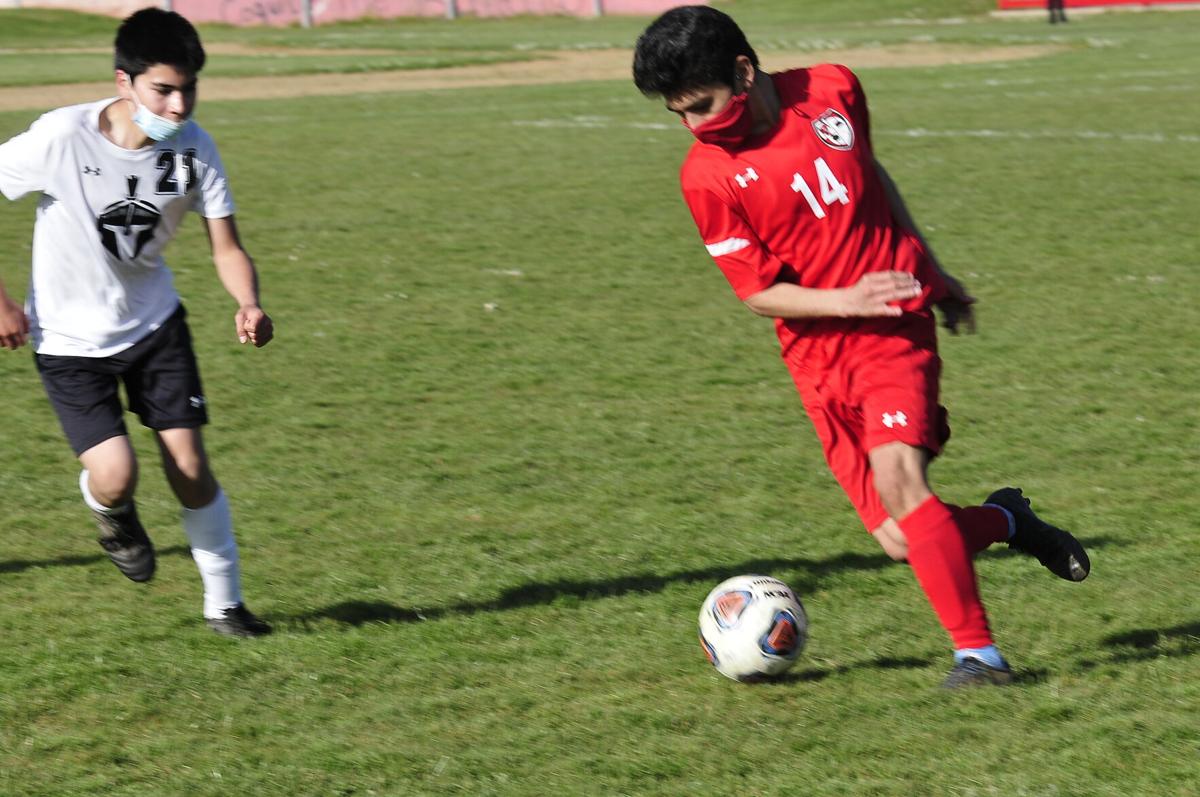 Coquille’s Godfred Amonoo pushes the ball up the pitch during Tuesday’s match with Douglas.

Only one, captain Ruendy Indalecio, was a four-year player for the DevilCats.

Julien Temps and Ethan Elmer played when they were freshmen. Brayden Clayburn was a career football player until this winter.

But that trio contributed to Tuesday’s 9-1 win over Douglas and the team’s other recent victories in a run that lifted the DevilCats to third in the league standings.

And they are having a blast doing it.

“It’s been really fun,” said Elmer, who scored his first goal of the season in Tuesday’s win.

Like Clayburn and a few of the others, Elmer was recruited by coach chance Liles, who also is the school’s wrestling coach.

Temps, meanwhile, joined the soccer team to get ready for the upcoming basketball season.

“I feel like I’m faster and in better shape,” he said.

“He makes it fun during practice,” Temps said.

As for soccer skills, Temps and Elmer pass credit to Indalecio and Godfred Amonoo, two of the team’s veterans.

“They try to make us better,” Temps said.

In Tuesday’s match, Clayburn, Temps and Amonoo had two goals each. Indalecio, Elmer and Luke Donaldson, another veteran on the team, each scored once.

Douglas got its goal on a penalty kick.

The DevilCats won for the fifth time in their last six matches. The loss was a 1-0 setback to second-place Umpqua Valley Christian, a team that tied league champion Brookings-Harbor the first meeting before losing to the Bruins 3-0 Tuesday.

Liles continues to enjoy working with the DevilCats.

“They are just having fun,” Liles said. “They are a great bunch of kids.”

Coquille finishes the season at Glide on Friday.