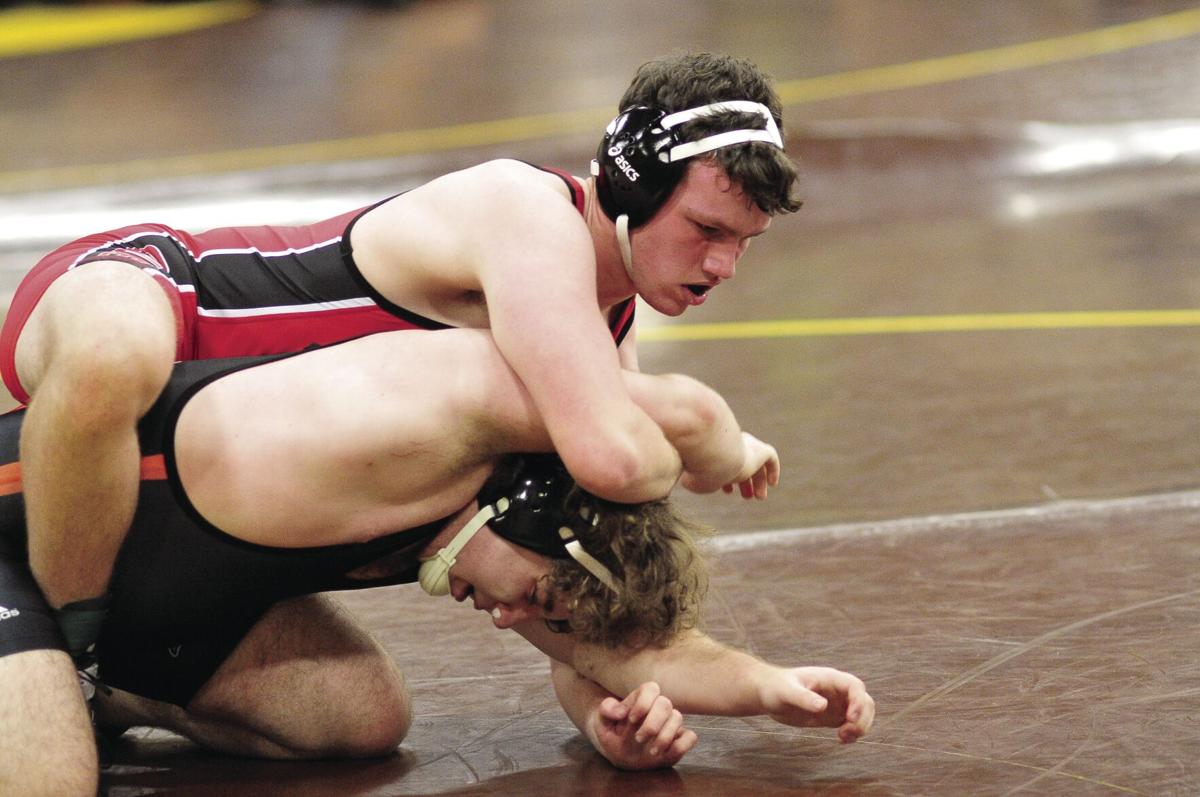 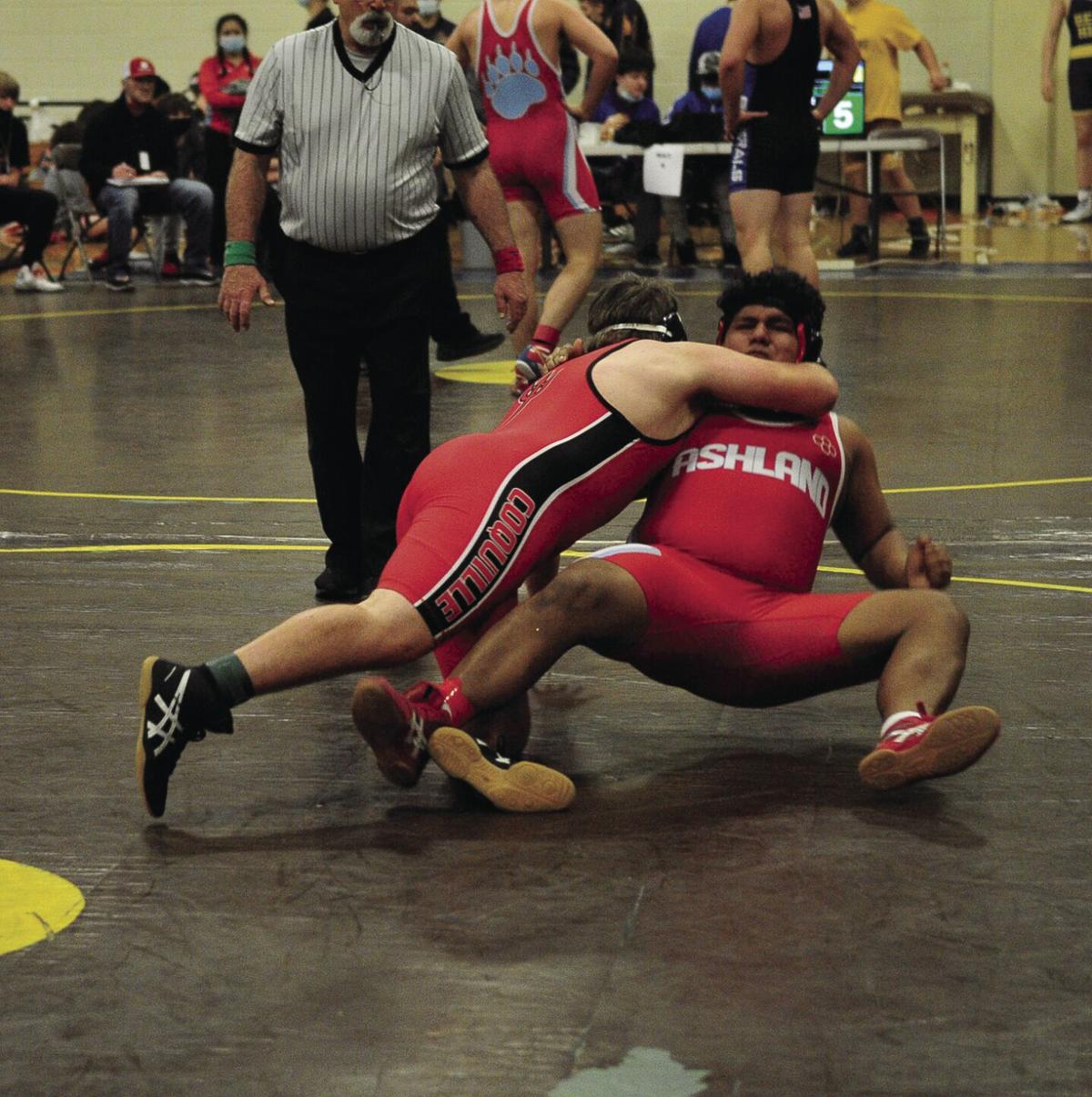 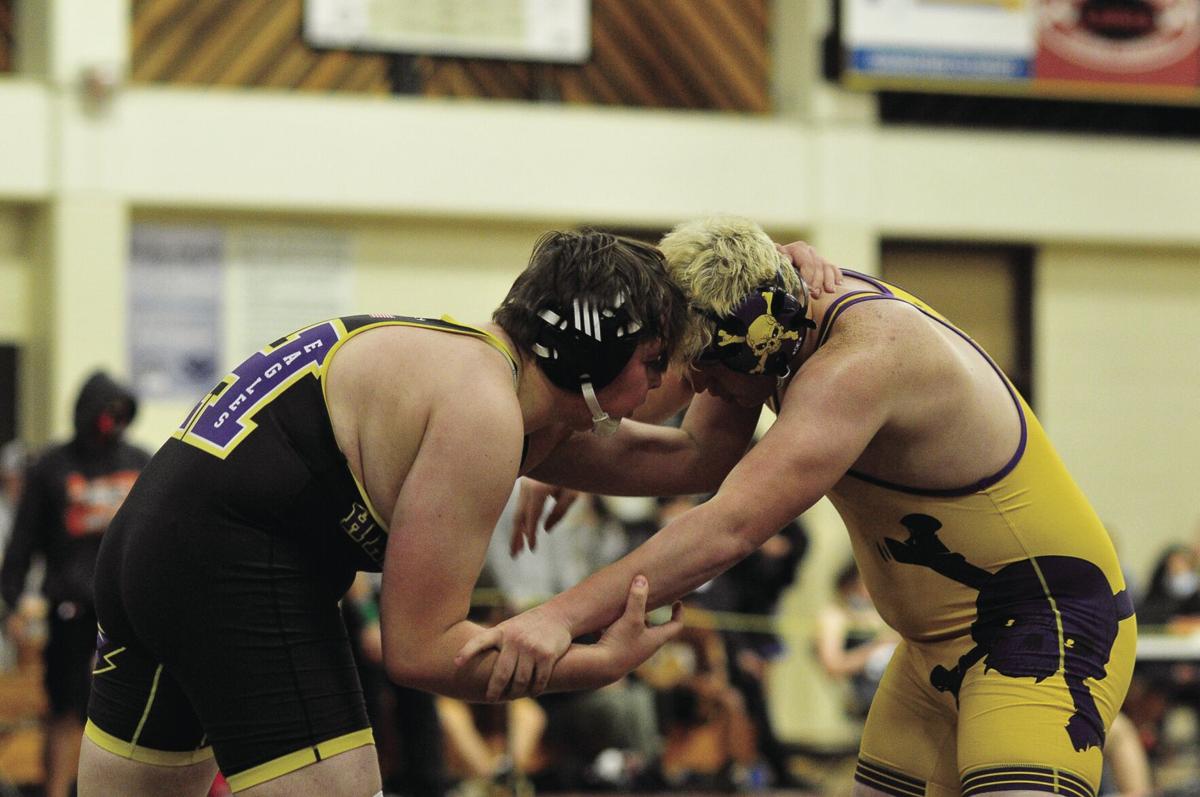 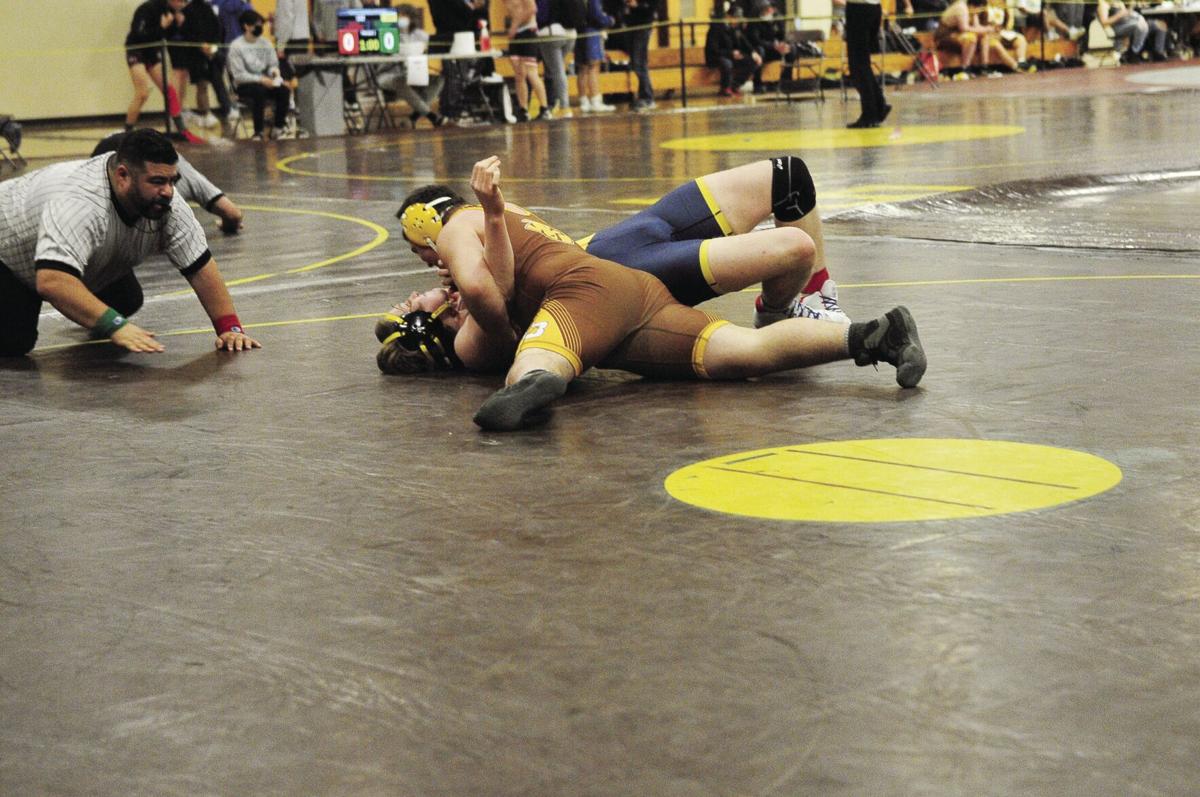 The 195-pound bracket was the top division for the South Coast, with Marshfield’s Miguel Velazquez placing third and Coquille’s Riley Jones fifth.

Velazquez had three pins before losing in the semifinals to the eventual champion Myers. In the consolation semifinals, Velazquez edged Jones 3-2. He then beat Ray Solis of Crook County 12-7 in the third-place match.

Jones was the top seed in the weight class and won two matches before losing in the quarterfinals. He came back to win an elimination match before losing to Velazquez and pinning Logan Shannon of Bishop Montague in the fifth-place match.

Bishop Montague was one of the new schools among the record high of 37 entered in the tournament. The Nevada school is coached by former North Bend wrestler Adam Rutherford.

Three other South Coast wrestlers also placed third in the big event, which annually is filled with wrestlers who place in the state tournaments later in the season.

Marshfield’s Hayden Murphy was third at 220 pounds, pinning Owen Townes of Grants Pass in the third-place match. Murphy also pinned top seed Cooper Clark of Harrisburg in the second round among several pins he recorded in the tournament.

Neal Walter of host North Bend was third at 285 pounds. He pinned two foes before losing to eventual champion Christopher Woods of Hidden Valley. Walter bounced back with two quick pins, including an 18-second fall over Garrett Matthews of Eagle Point in the third-place match.

Coquille’s Tommy Vigue was the top seed in the 285-pound bracket and also reached the semifinals with three pins. But he lost that match and in the consolation semifinals before pinning Dakota Bass of Liberty in the fifth-place match.

Siuslaw’s Mason Buss was third at 170 pounds, one of two Vikings to place. Hunter Petterson was sixth at 138 pounds.

Adam Solomon of Reedsport also was sixth, at 145 pounds.

Kaydee Brinas of North Bend finished second in her weight class in the girls division of the Coast Classic on Saturday.

Brinas was one of four North Bend wrestlers to place in the tournament, which continues to grow as girls wrestling gains in popularity in Oregon.

North Bend’s Kyleigh Fradelis was third at 120 pounds, while Haley Buskerud was third at 110 pounds and Kora Sutliff fourth at 125 pounds.

Siuslaw had three girls place second and two others place.

Macali Cade was fourth at 110 pounds and Madison Petterson fifth at 115 for Siuslaw.

North Medford was the team champion. Siuslaw was fourth and North Bend eighth.