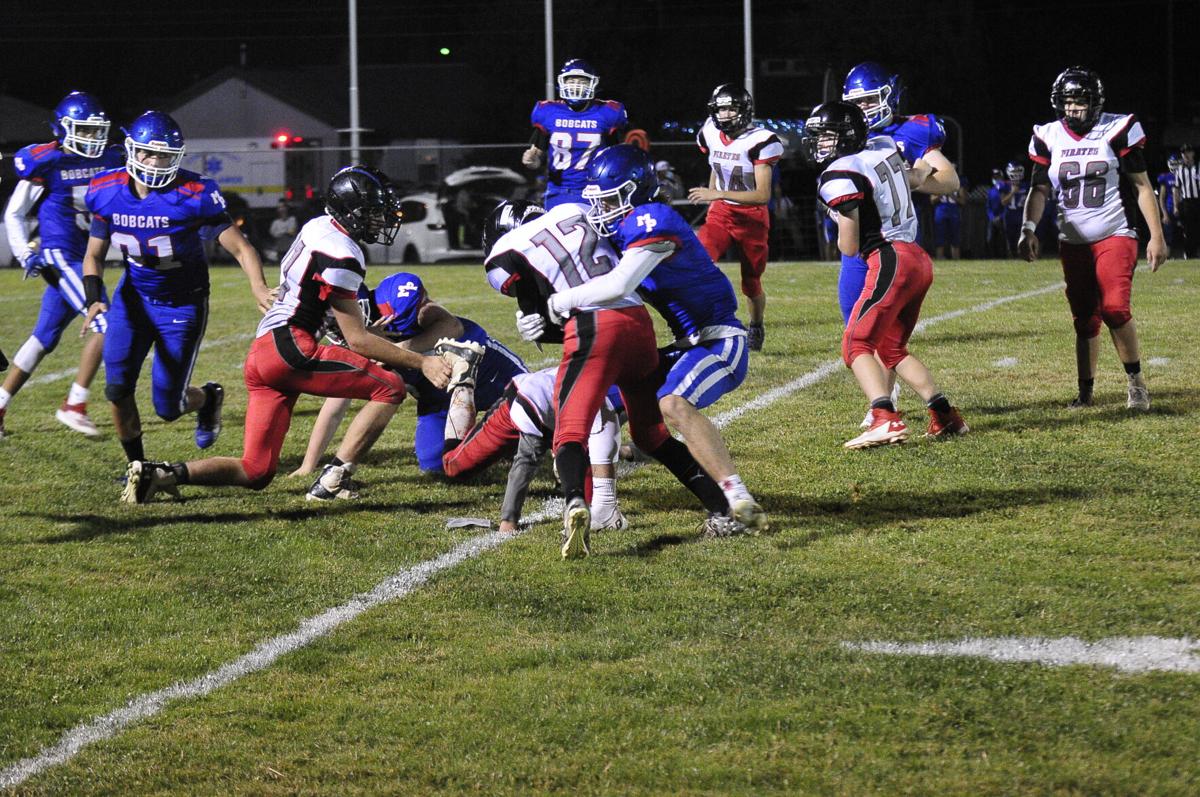 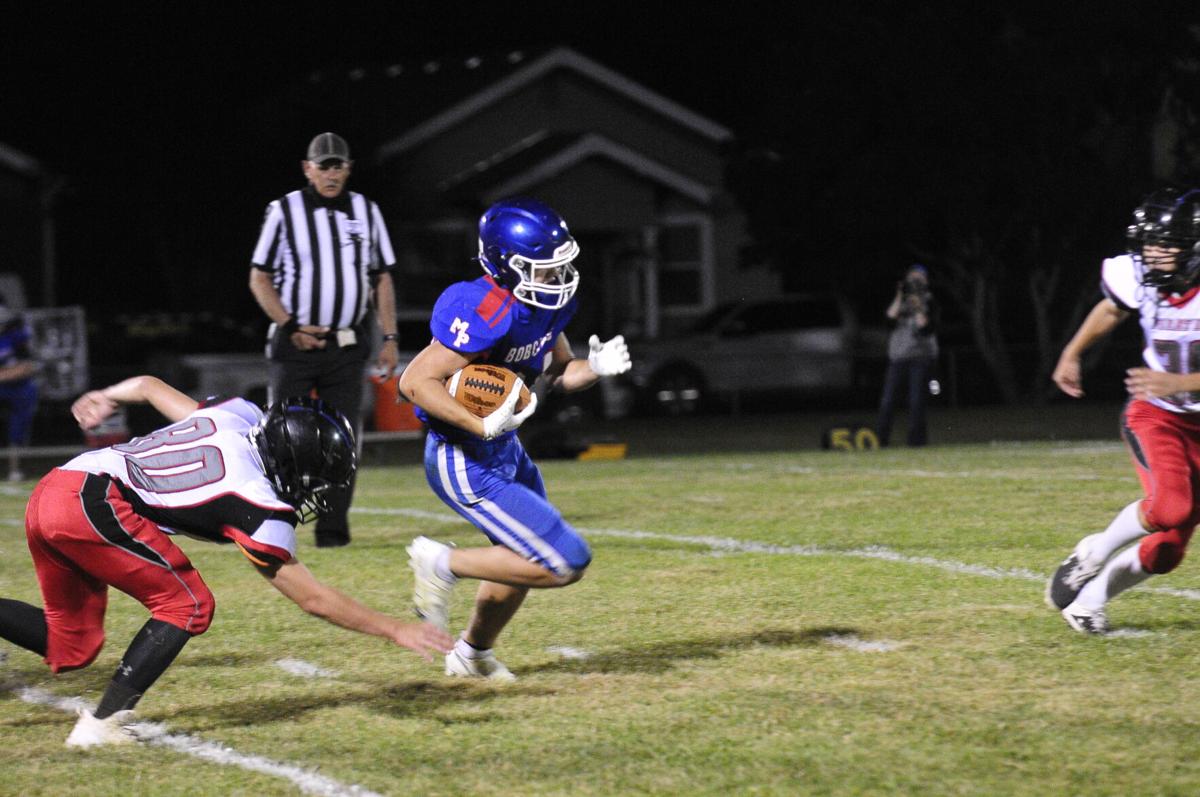 MYRTLE POINT — It wasn’t long ago that Myrtle Point’s football team was on the wrong side of a lot of lopsided football scores as the Bobcats adjusted to the eight-man format while trying to rebuild their program.

They continue to make great strides and on Friday were on the right side of one of those blowouts, topping visiting Glendale 60-0 to improve to 2-1 on the season.

“It’s been a long time that Myrtle Point has been on the bottom,” sophomore quarterback Logan Backman said. “It’s nice to be on the right side of things.

“There’s a lot of times we have been on the other side.”

The Bobcats used a number of big plays on offense to blow the game open, but it’s the defense that pleased coach Ryan Miller.

“It all starts with defense,” Miller said.

The Bobcats didn’t play up to their defensive standards in their season-opening loss to Waldport or early in their win over Bonanza.

“It started in the second quarter against Bonanza,” Miller said. “It hasn’t stopped since then.”

The coach also said he is happy with Myrtle Point’s tackling and that the defense has been swarming to the ball.

“We made so many big plays on defense,” Miller said. “Defense is our strength.”

But, he quickly added, “We have players at every position on offense who can make plays.”

The Bobcats have a one-two punch at running back with speedster Troy Warner and power runner Billy Reynolds. Andreas Villanueva is a talented receiver and Blanton is a tough weapon at tight end.

Backman brings it all together.

“He’s a rock on the team,” Miller said. “The players rally to him.”

The fireworks started early against Glendale. Warner went 57 yards for a touchdown on the very first play from scrimmage.

After the Bobcats forced a safety when Glendale fumbled in the end zone, Warner scored on a screen pass from Backman. The quarterback then scored on a run of his own and Reynolds had a 5-yard touchdown run. When Warner raced 37 yards for a score and Reynolds added the conversion the Bobcats had a 40-0 halftime lead and the running clock was in effect for the entire second half.

The Bobcats added three scores in the final two quarters —a long run by Reynolds, to go with touchdown receptions by both Reynolds and Blanton.

The players said Myrtle Point has bought into teamwork as the key to success on Fridays.

“Being there for all your players and giving it your all in practice every day,” Warner said.

The Bobcats also are benefiting from a growing roster — the team is up to almost 20 players this year — and a growing familiarity with the nuances of the eight-man game.

“The more players the better,” Backman said. “Being able to have the team is awesome. How we are performing is even better.”

Myrtle Point is home again this week, for a 1 p.m. game against Lost River on Saturday as they try to add to their recent success.

“I’m super excited,” Backman said. “I feel like we can make it far.”