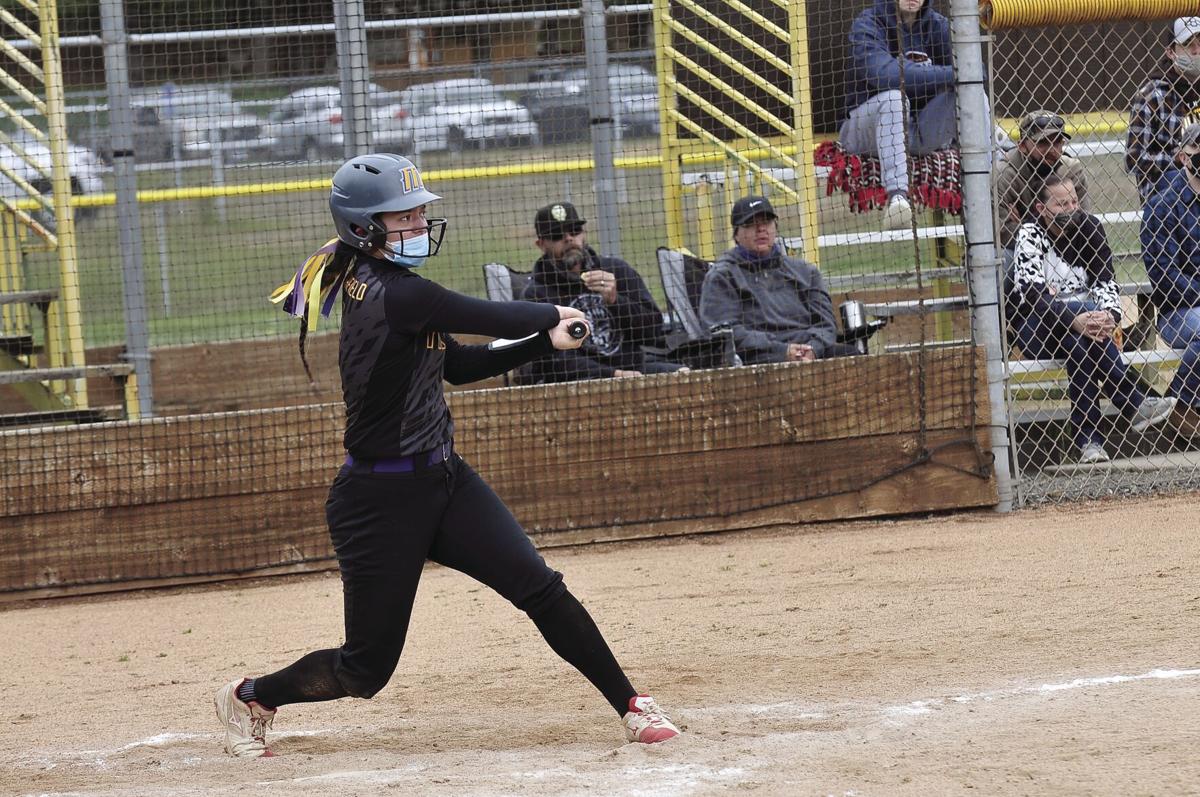 Marshfield's Dahlia Kanui follows through on a base hit against North Bend during their rivalry softball game Monday. 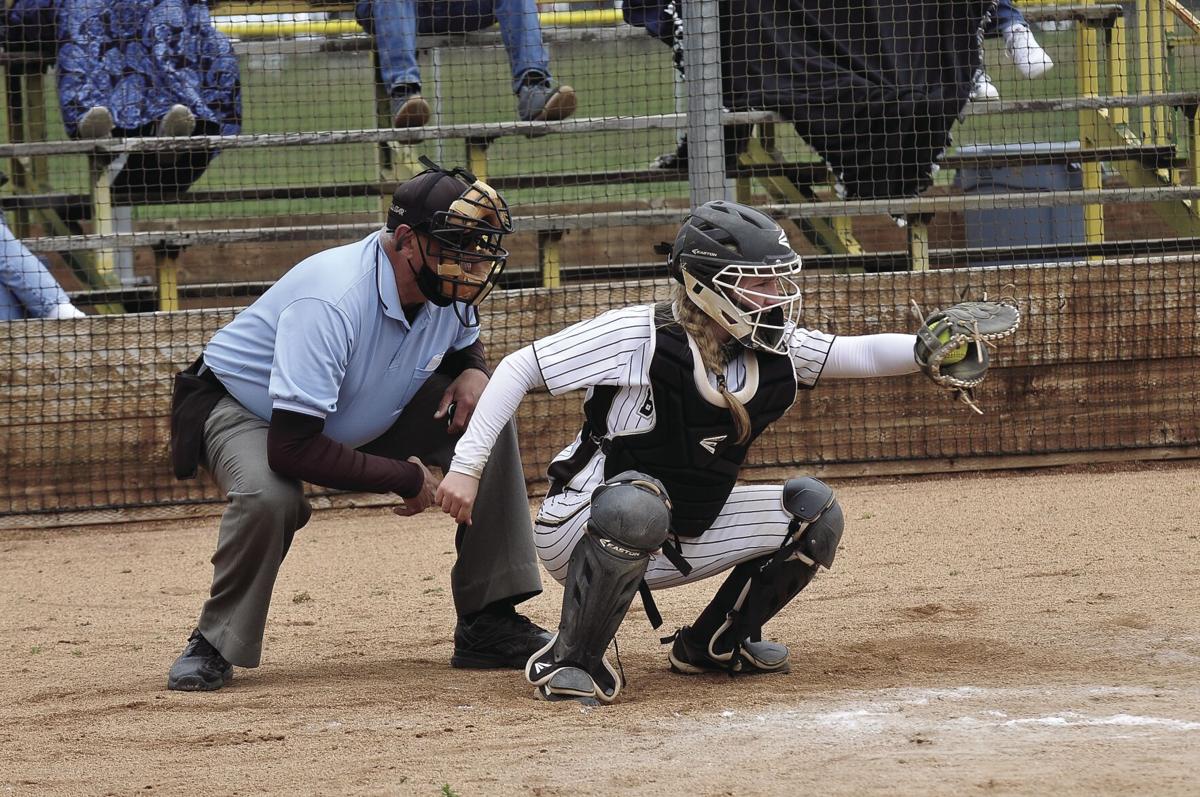 Marshfield's Dahlia Kanui follows through on a base hit against North Bend during their rivalry softball game Monday.

NORTH BEND — After Marshfield’s softball team fell to Marist Catholic in the Sky-Em League finale on Friday May 14, senior Cedar Ward was left with an unsettled feeling of disappointment.

So she texted coach Chelsea Burns that night and asked if there was the chance of another game.

“She asked if we can have one more shot at redemption,” Burns said.

Calls were made and on Monday, the Pirates got that chance, when they faced North Bend in a hastily scheduled game at the Oak Street Field.

The Pirates made the most of the opportunity, beating the Bulldogs 11-0.

“It was so fun to play our high school rivals one last game as a senior,” Ward said.

The contest went decidedly in Marshfield’s favor, starting in the third inning. The Pirates scored twice in the third, fifth and sixth innings and five times in the fourth.

That came after the Pirates didn’t score, or even get a hit, in the second game against Marist Catholic on Friday.

Ward had two hits and drove in three runs for the Pirates, while also scoring a run. Paige Reigard, Kaylin Dea and Gracie Peach also had two RBIs each and Dahlia Kanui had three runs and an RBI to go with two hits. Peach had a pair of doubles.

The win capped a season for the Pirates that started with a blowout loss to Elmira and ended with Marshfield finishing second in the Sky-Em League.

“We have grown so much,” Ward said.

That includes all aspects, she said, noting the Pirates’ freshman pitcher Jayla Johnson.

“We have a freshman pitcher on the mound, so our defense has to be strong,” Ward said. “We showed it today.”

That included Ward making a catch on a line drive at third base to preserve the shutout.

For the Pirates, the redemption included not just a positive finish after the doubleheader loss to Marist Catholic, but also beating the Bulldogs after North Bend dominated most of the matchups between the teams back in the fall when they played a series of games against each other.

“We did so bad in the fall,” Ward said. “We only won the last two games.

“To come out here (today), we really showed our growth.”

Burns was thrilled with the response when she texted the players asking if they wanted to play the Bulldogs.

“The fact that they all wanted to play one more game — it was like a proud mom moment (for me),” she said. “It was very nice for the seniors to get one more moment.”

For North Bend, understandably, Monday’s game wasn’t quite as exciting.

“The game is about hitting the ball where they’re not, and one team did that and the other didn’t,” North Bend coach John Olson said. “Credit (Marshfield), the best team today won.”

North Bend managed just three hits — a pair of singles by Keira Young and a double by Rachael Snyder.

But the game didn’t define the Bulldogs’ season, Young said.

“We started out with a young team,” Young said. “I was the only senior who had played varsity.

“We played hard. We beat some teams we had never thought we would beat. It made it fun.”

Olson said the season had its ups and downs.

“We showed flashes of improvement and steps backward,” he said.

The Bulldogs are still relatively young, and Young said the team has grown through the season.

“I think it was good for them,” she said. “I think next year they will do well.”

Olson said the season has been a joy, through wins and losses.

And despite the loss to the Pirates, he knew they would be ready for a daunting challenge against North Medford the following day.

“They will show up tomorrow with great attitudes,” Olson said.

As it turned out, the Bulldogs fell to North Medford 11-1. Bria Hood had two hits and Young scored the only run for North Bend on a sacrifice fly by Mia Reynon.

“I was really proud of their attitudes and effort after last night’s game,” Olson said. “I really love this group.”

And regardless of the outcome Monday, Olson was happy the game against Marshfield was played.

“We should have found a way to put it on the schedule earlier,” he said. “This game should happen every year.”