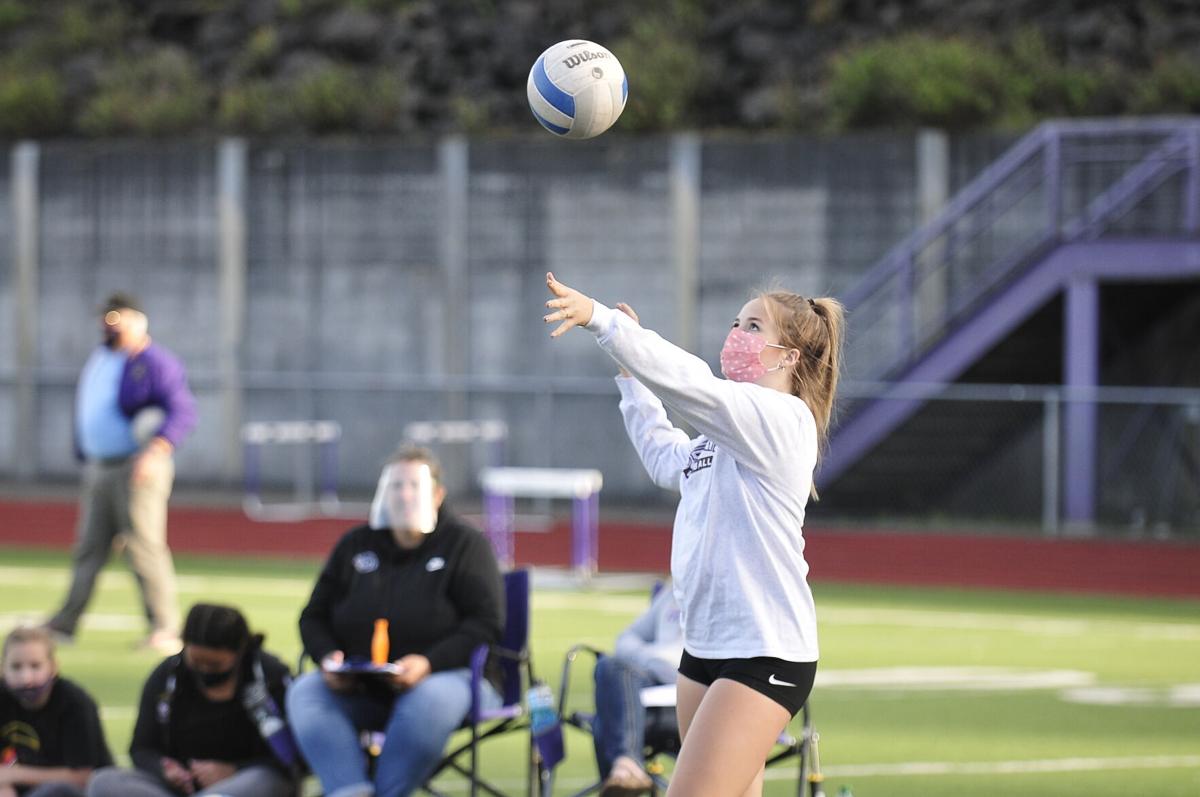 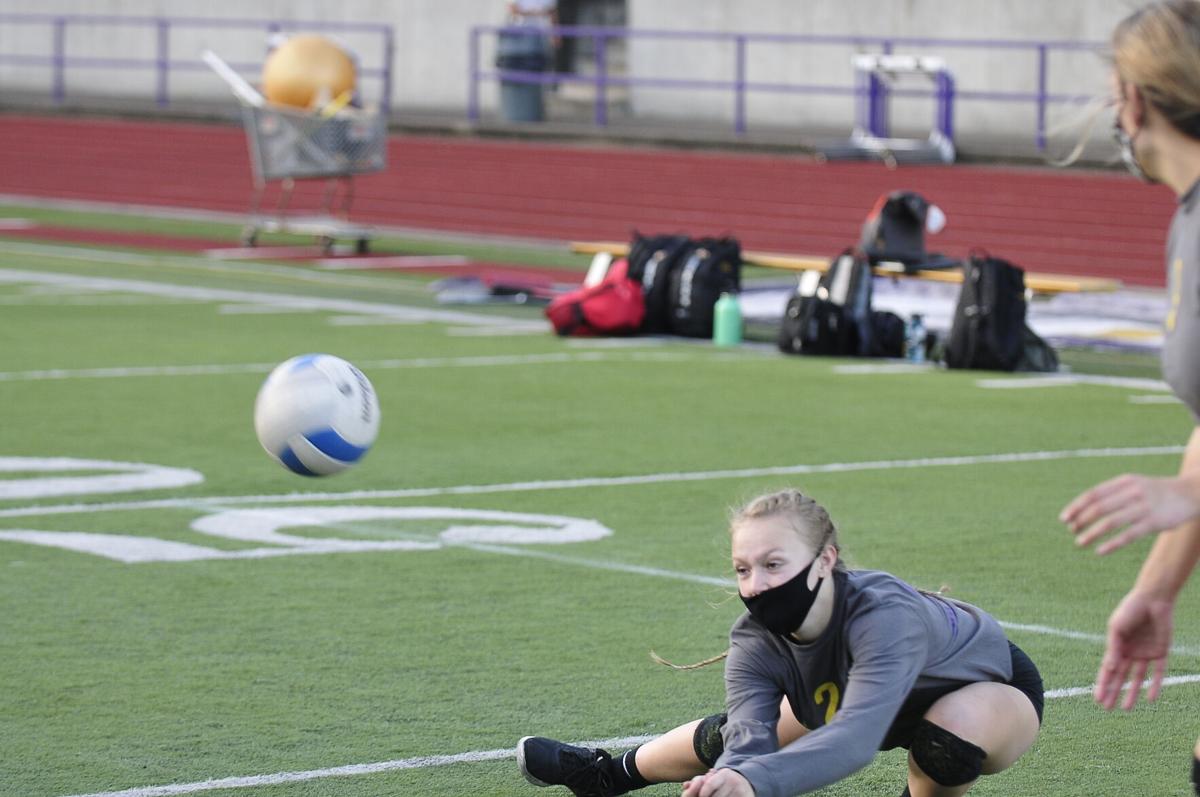 Marshfield's Carmen Samuels dives to dig up a ball during a four-on-four tournament with North Bend on Tuesday.

Marshfield's Carmen Samuels dives to dig up a ball during a four-on-four tournament with North Bend on Tuesday.

COOS BAY — As a fall volleyball season unlike any other wound down this week, the Marshfield and North Bend volleyball teams played games that were far from normal on Tuesday as well.

The two teams, who spent the past four weeks meeting on each other’s football fields for outdoor matches, switched things up a little with a four-on-four tournament — teach school’s 12 varsity players divided into three squads.

“Playing four-on-four has been fun,” North Bend’s Olivia Knutson said. “It’s not as structured as usual. Not having as many players on the court is fun. You get to play all around.”

Plus, unlike normal matches, the coaches weren’t hovering over the players on the sidelines making constant suggestions.

“We learn how to help each other,” said Marshfield’s Raegan Rhodes. “It’s helping us talk more.”

“It really shows if you are playing as (an individual) or working as a team,” she said. “You have to cover more ground. You have to be smart with the ball.”

Both the Pirates and Bulldogs have grown through the four weeks, which came with the big adjustment of getting outside and playing on turf instead of a hardwood floor.

The players have mixed feelings about that.

“I’d much rather have floor burn than turf burn,” North Bend’s Sydney Wilson said. “Your legs just get torn.”

But her teammate Knutson loved the experience.

“Playing outside is fun,” she said. “It’s hard when the sun is in your eyes. But it’s not as hot.”

“I enjoy playing on (turf) a lot,” said Rhodes. “At first I was really questionable. My first practice, my depth perception was terrible.”

The most important thing for the teams was getting experience, with the regular season scheduled for next winter, having been pushed back like all other fall sports.

“Everyone has improved,” Rhodes said. “We have a few new girls. We had to readjust and figure out how to work with each other.

“We have all put in so much effort, which has been awesome to see.”

The feeling was the same for the Bulldogs.

“I definitely think we’re getting better,” Wilson said. “We’re doing better bonding as a team. That’s probably the most important thing to get figured out.”

“It’s been a breath of fresh air to have something somewhat normal,” said North Bend’s Summer Sawyer. “I don’t know if playing on a football field with masks is normal, but it’s as close as we’re going to get, so I’ll take it.”

Marshfield coach Tammie Montiel said she has seen great flexibility out of her team, including Samuels taking on the libero role.

“They have come together more as a team,” she said.