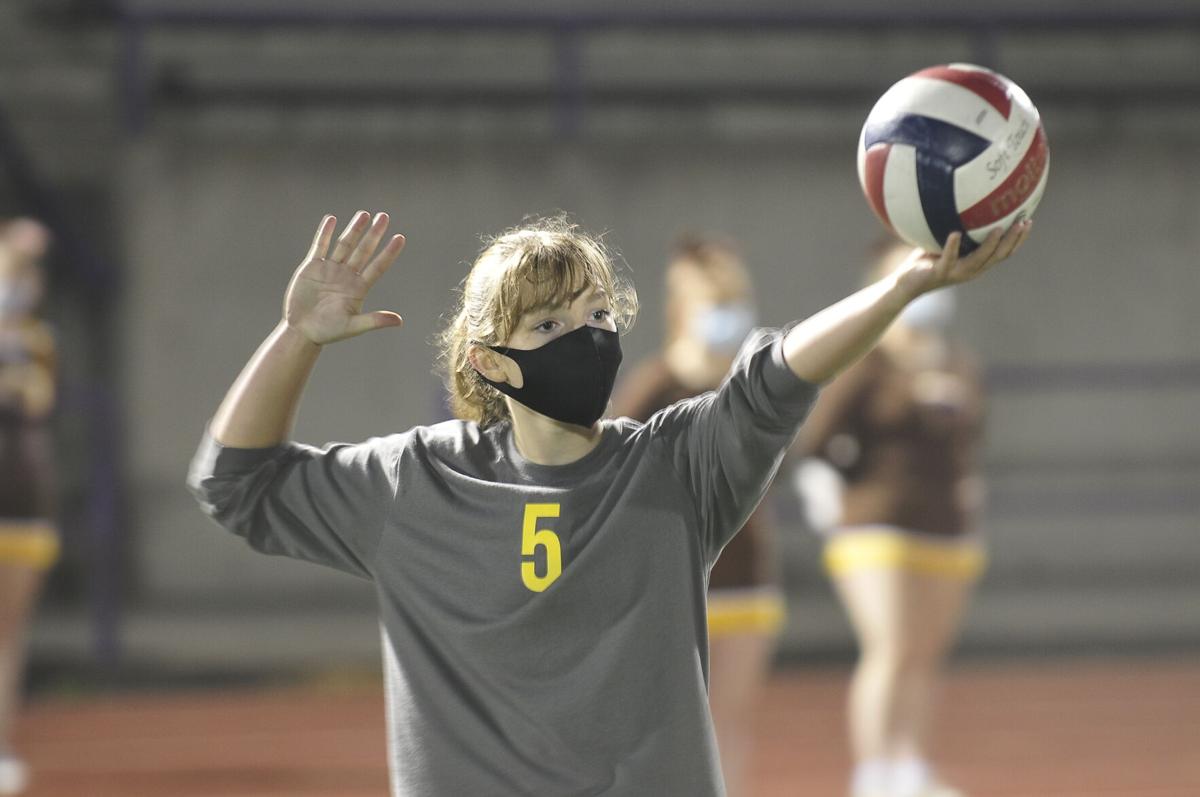 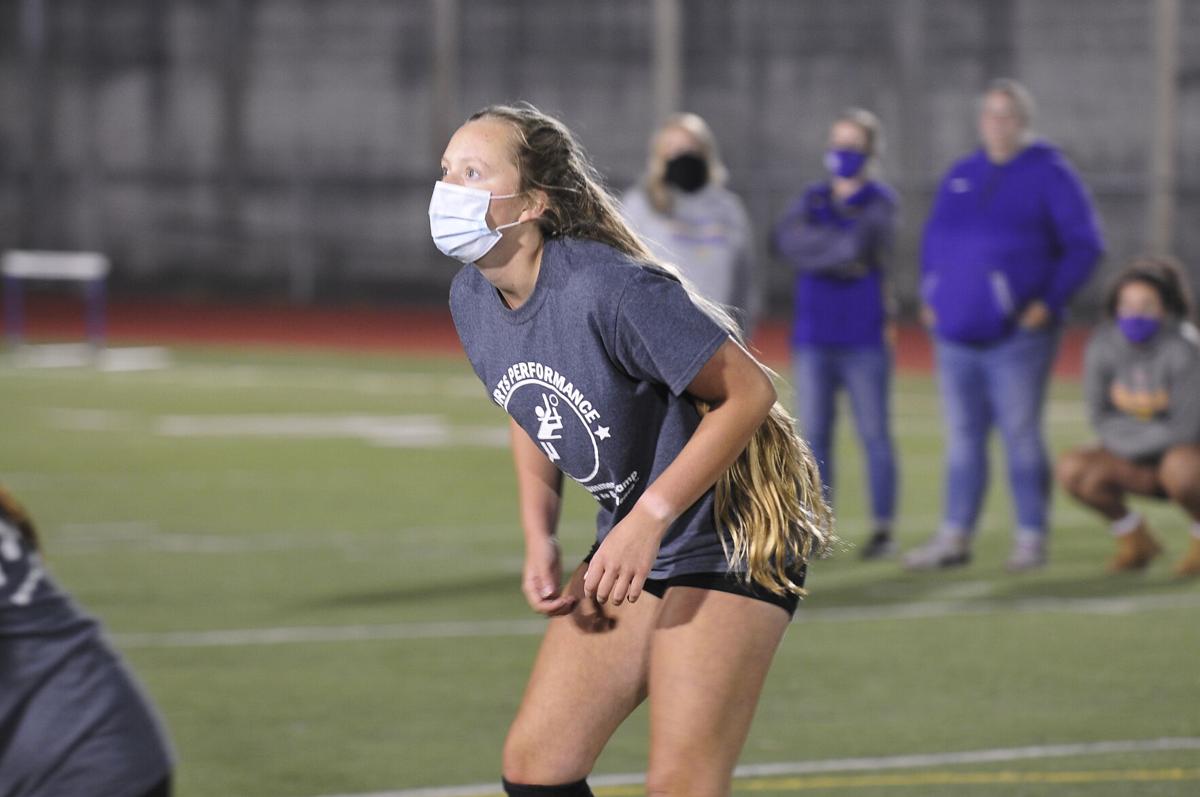 North Bend's Adrianna Frank watches the action closely while playing defense in the back row for the Bulldogs on Wednesday night. 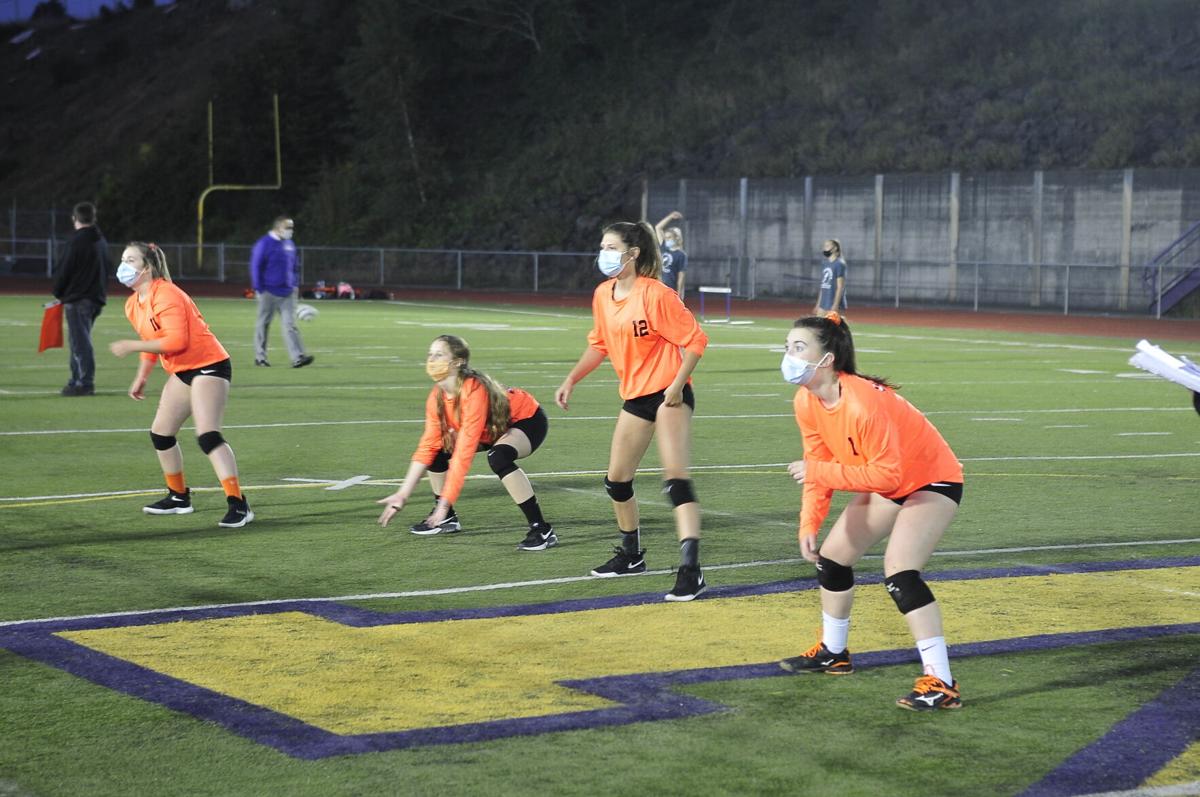 Powers defenders prepare for a serve during a game Wednesday night. 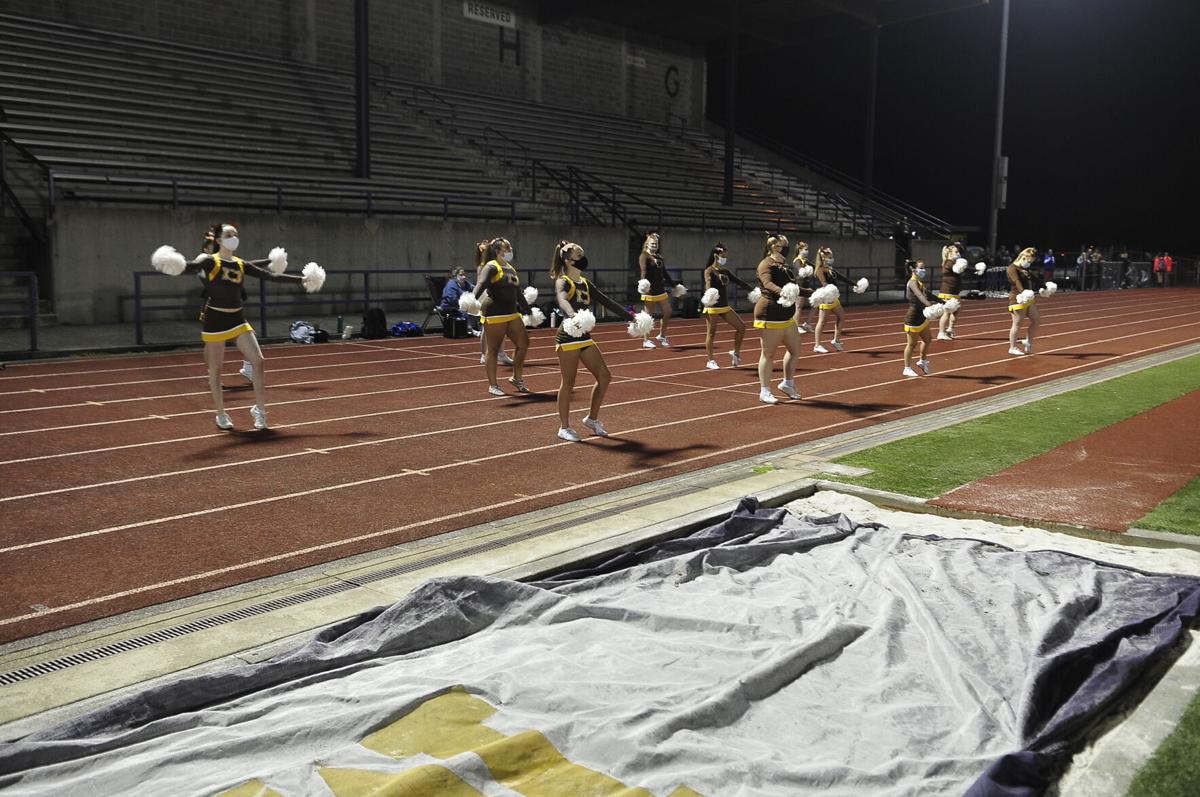 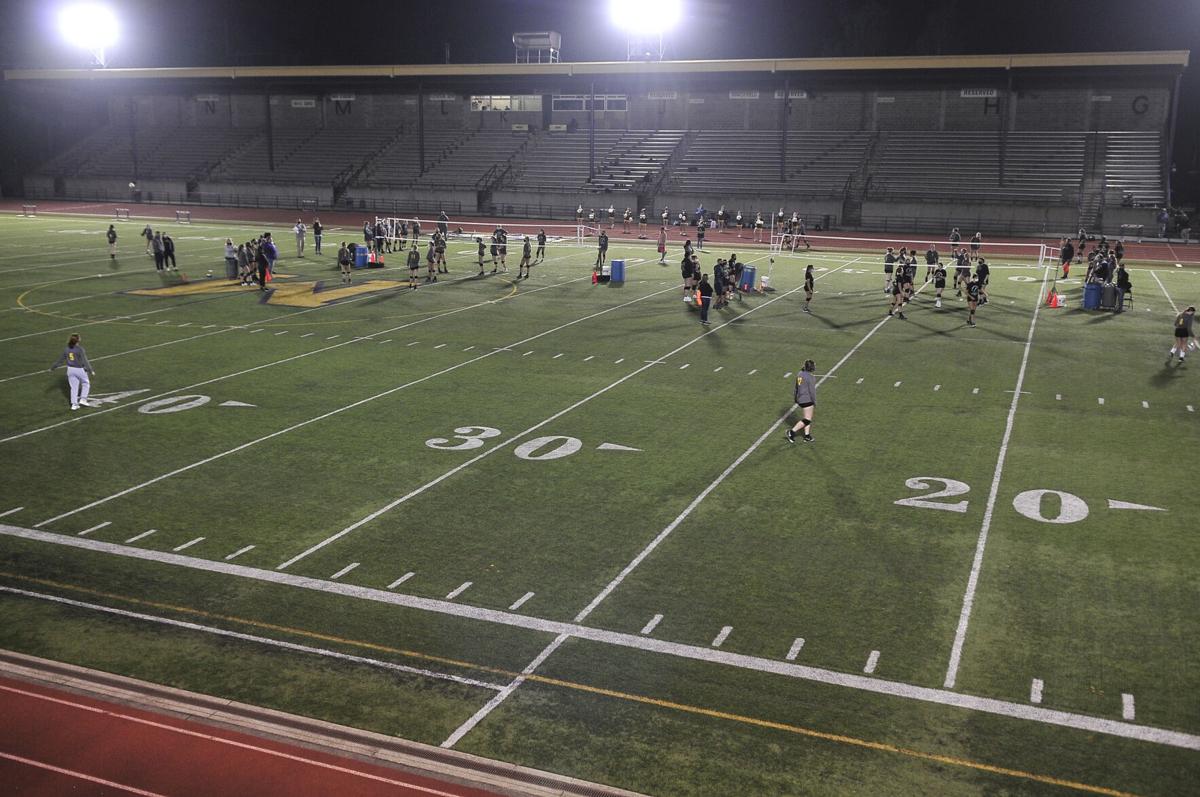 Action takes place on two of the volleyball courts at Pete Susick Stadium on Wednesday night.

North Bend's Adrianna Frank watches the action closely while playing defense in the back row for the Bulldogs on Wednesday night.

Powers defenders prepare for a serve during a game Wednesday night.

Action takes place on two of the volleyball courts at Pete Susick Stadium on Wednesday night.

COOS BAY — Announcer Andrew Brainard’s voice boomed through Pete Susick Stadium at Marshfield High School on Wednesday night. North Bend’s cheerleaders performed routines on the track. And the stadium lights shined down on the action on the turf field.

High school athletes were playing their sport against athletes from another school for the first time in months.

But it wasn’t football.

Instead, volleyball players from North Bend, Powers and host Marshfield played a series of matches — the first in a stretch of contests scheduled over the next several weeks.

“It’s just great to see the kids out here playing and not sitting behind a computer screen for 12 hours a day,” said Marshfield coach Tammie Montiel.

“I’m just thankful that we get an opportunity to get the girls out here and be together,” she said. “Just seeing them smiling — it’s been great.”

Fans weren't allowed in the stadium, though a number watched from fences either at field level or up near Marshfield's main campus.

Scores were kept (Marshfield and North Bend beat Powers and Marshfield beat North Bend), though they did not matter in the big picture — the actual regular high school volleyball season won’t begin until next winter.

“It’s always nice to be the first to 25 points,” Montiel said. “If not, it’s a good learning experience.”

All three teams in action Wednesday night have been practicing for several weeks, and Marshfield and North Bend also had team camps.

“That was only against ourselves,” Montiel said of Marshfield’s camp, adding that she was happy her kids finally got to go against somebody else.

Sawyer said North Bend had nearly 40 girls sign up for the team. The varsity squad included about half returning players and half newcomers, she said, but the nature of the court was new to all of them.

“This is our first turf experience,” she said before North Bend’s first match. “I’m anxious to see how this is going to work nonetheless.”

Montiel’s squad had been given a chance to practice on the turf a couple of times, but only after several attempts and revisions on how best to set up the nets — ultimately large barrels were filled with water to act as a counter-weight to keep the poles in place and keep the nets taut.

“It took a while to get the system right,” she said.

Montiel has been practicing a few days a week, but said some of her players also are playing softball or competing in track and field — two other sports Marshfield and North Bend are doing for the first few weeks of the fall.

Powers coach Heather Shorb has had her team practicing an hour at a time because a few of her players also are competing in track.

She’s excited to have 13 players — enough that she had both a varsity and JV team Wednesday night.

“The girls have been so excited,” she said. “They’ve been begging me for practices.

“They’ve been so bored over the summer. They’re just happy to have something going on.”

While Marshfield and North Bend are only playing against each other and Powers over the next few weeks, Powers has games scheduled against Skyline League foes Days Creek, Umpqua Valley Christian and Camas Valley.

“Just being here — it’s low-key and it’s fun,” she said. “We talked about it being a learning experience today and we learned some things.”

While the volleyball teams played on the field, North Bend’s cheerleaders had a chance to do a few routines, much as they normally would in the fall at football games on Friday nights.

Coaches Lena Franson and her daughter, Brittany, said the girls were having a good time, though some girls who might be on the squad were either not taking part because of softball or were waiting for the official cheer season later in the school year.

They agreed with the volleyball coaches about the value of the teams taking part this fall — the chance for the kids to be active.

It will play out over and over for the next several weeks.