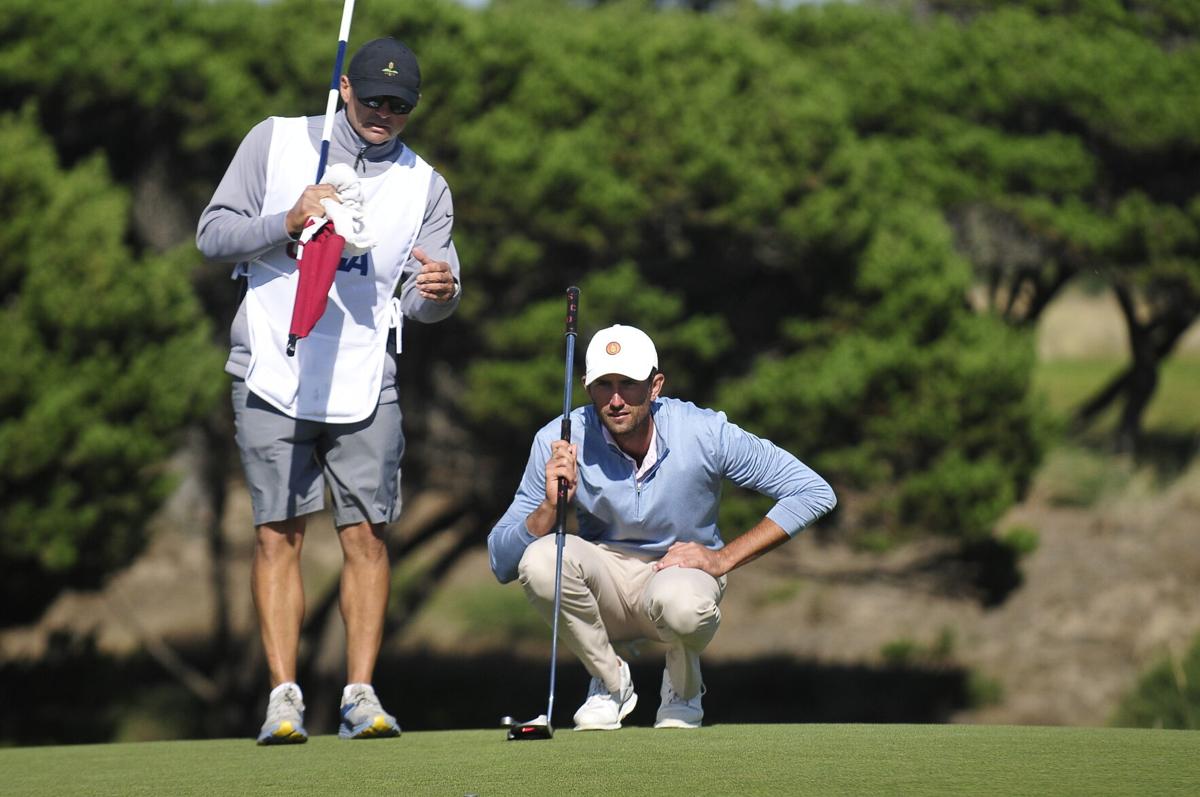 Stewart Hagestad, right, and caddie KC Gonzales discuss the line of a putt on the 15th green at Bandon Dunes during the 120th U.S. Amateur Championship on Thursday. 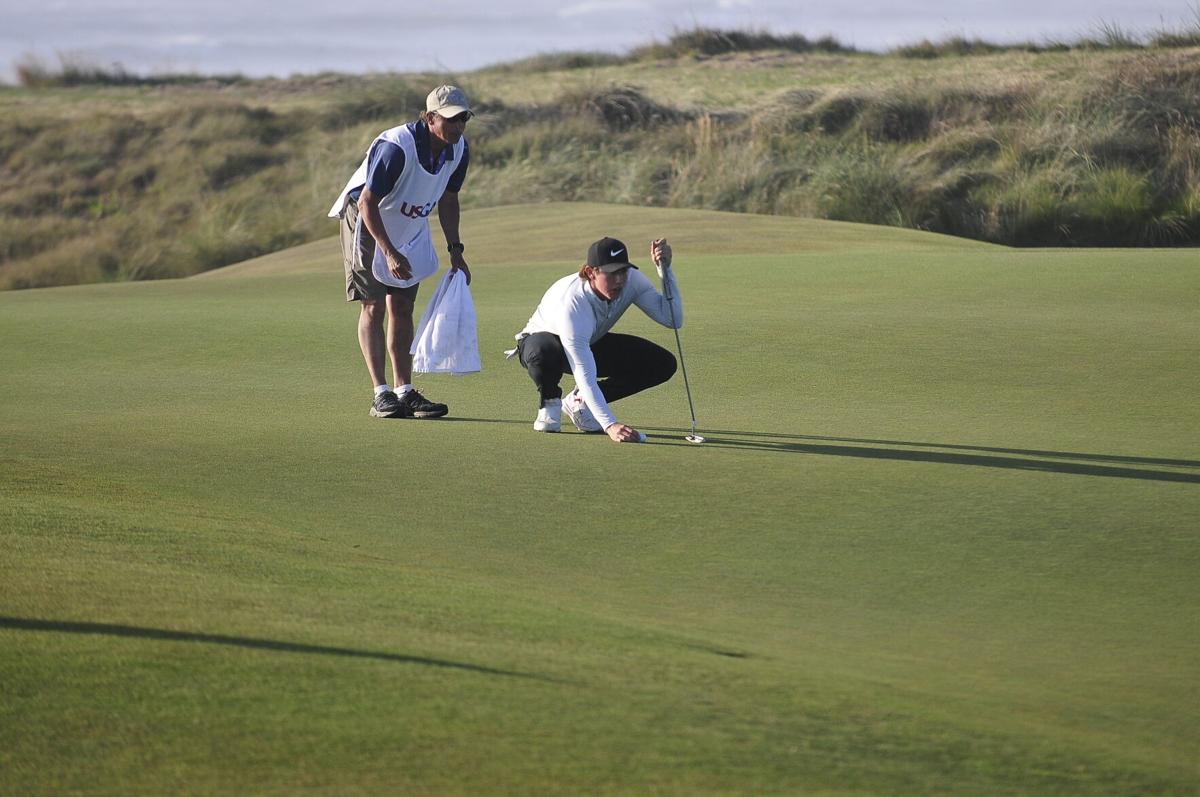 Evan Katz and his caddie Dean Star line up a putt on Wednesday at Bandon Dunes.

Stewart Hagestad, right, and caddie KC Gonzales discuss the line of a putt on the 15th green at Bandon Dunes during the 120th U.S. Amateur Championship on Thursday.

Evan Katz and his caddie Dean Star line up a putt on Wednesday at Bandon Dunes.

BANDON — KC Gonzales has been a caddie at Bandon Dunes Golf Resort since 2004, so he’s intimately familiar with the courses at the renowned golf destination.

He’s also familiar with big tournaments at the resort.

This week’s 120th U.S. Amateur is the seventh United States Golf Association event that has come to Bandon Dunes and the fourth one that Gonzales has been a caddie for.

He carried the bag of the same player during both the 2007 U.S. Mid-Amateur and the 2011 U.S. Amateur Public Links Championship and he also was caddie for a golfer during last year’s U.S. Amateur Four-Ball Championship.

He’s been looking forward to this week for a long time.

“I consider this the biggest amateur tournament in the world,” Gonzales said. “If you are an elite amateur golfer, I think you want to play in this.”

Just like in the previous USGA events, the Bandon Dunes caddies have been busy this week. Vince Quattrocchi, the director of caddie services, said 56 different participants used local caddies during the qualifying rounds Monday and Tuesday, with 14 of those golfers among the 64 who advanced to the match play portion of the tournament.

By the end of the day Thursday, Gonzales was the lone caddie whose golfer was still in the tournament. Stuart Hagestad outlasted Harrison Ott, who had another Bandon Dunes caddie, Martin Seklecki, to advance to Friday’s quarterfinals.

“I think it’s so critical to have someone from out here,” he said. “It’s super, super helpful.”

Throughout Thursday’s win Ott, as well as in two earlier wins and the qualifying and practice rounds, Hagestad and Gonzales discussed approach angles for holes, the lines of putts, how much the wind might impact ball flight and the best spots to aim for, though Gonzales downplayed his role.

“I think he knows what he is going to do,” the caddie said. “He uses me for confirmation.”

And after several rounds together, Gonzales knows Hagestad’s strengths.

“I think I have a good idea what he wants to do off the tee,” Gonzales said.

With a front-row seat this week, Gonzales is loving what he sees.

“It’s fun to watch,” Gonzales said, likening giving advice to playing a video game. “I can’t hit these shots, but I know he can.”

Several Bandon Dunes caddies had hoped to qualify to play in the tournament, but their chances ended when USGA canceled all qualifying due to the COVID-19 pandemic.

But the caddies have been making an impact with their skills.

“It means a lot to me, the caddie program, and the resort for our caddies to be involved,” Quattrocchi said, adding he knows the feelings are the same for resort owner Mike Kesier, himself a former caddie. “I know it means a lot to Mr. Keiser that the caddies are involved.”

The caddies hope to carry on a strong tradition that includes the champions of each of the individual and team USGA events using a Bandon Dunes caddie.

“We are hoping this seventh USGA Championship winner has a caddie on the bag,” Quattrocchi said.

Those hopes now ride with Hagestad and Gonzales, who are partners in the tournament.

And the Bandon Dunes caddie shack is behind Gonzales, just like he has been pulling for the past winners with his colleagues on their bags.

“Since he putted out (to win the match), I’ve got 20 messages from guys in the shack,” Gonzales said a few minutes after the match ended. “A lot of us have been here a long time.”

Editor's Note: The quarterfinals in the U.S. Amateur were completed after press time Friday. For updated results and results throughout the weekend, including Sunday's 36-hole final, visit www.usga.org.