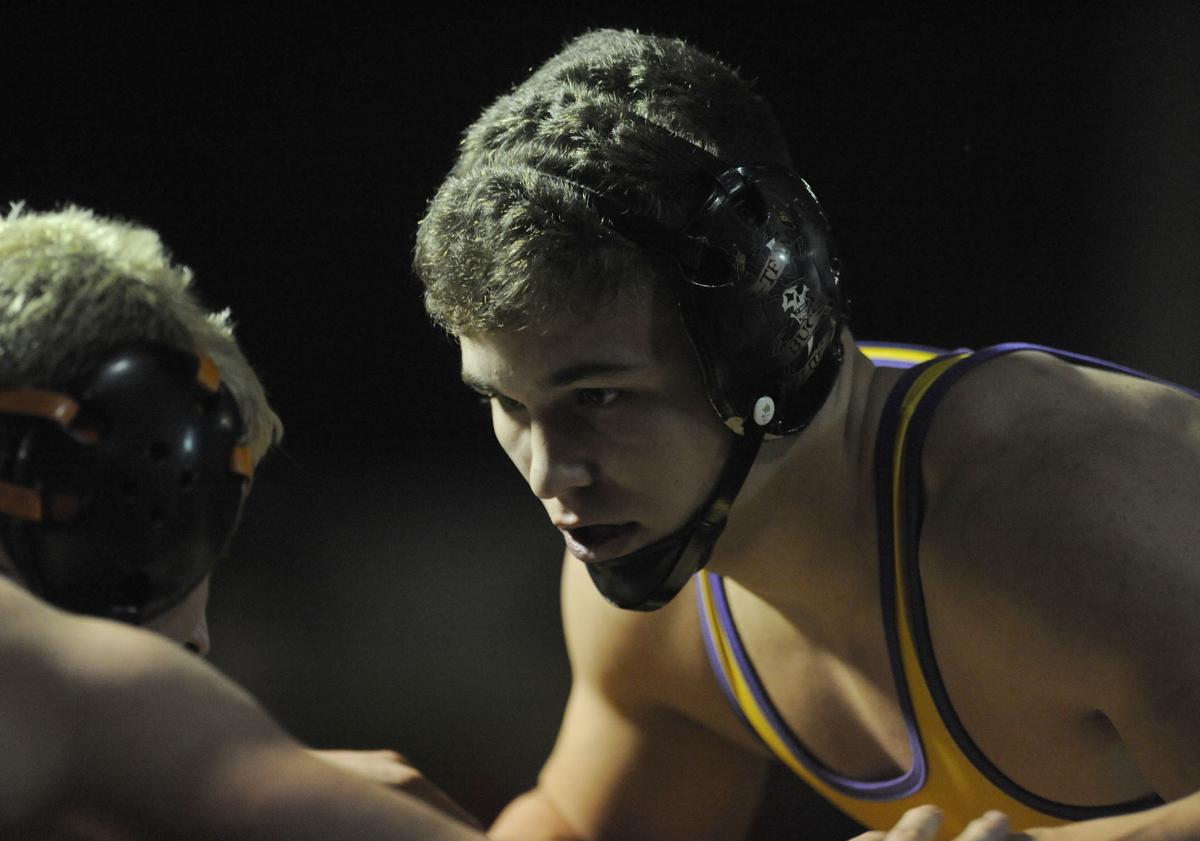 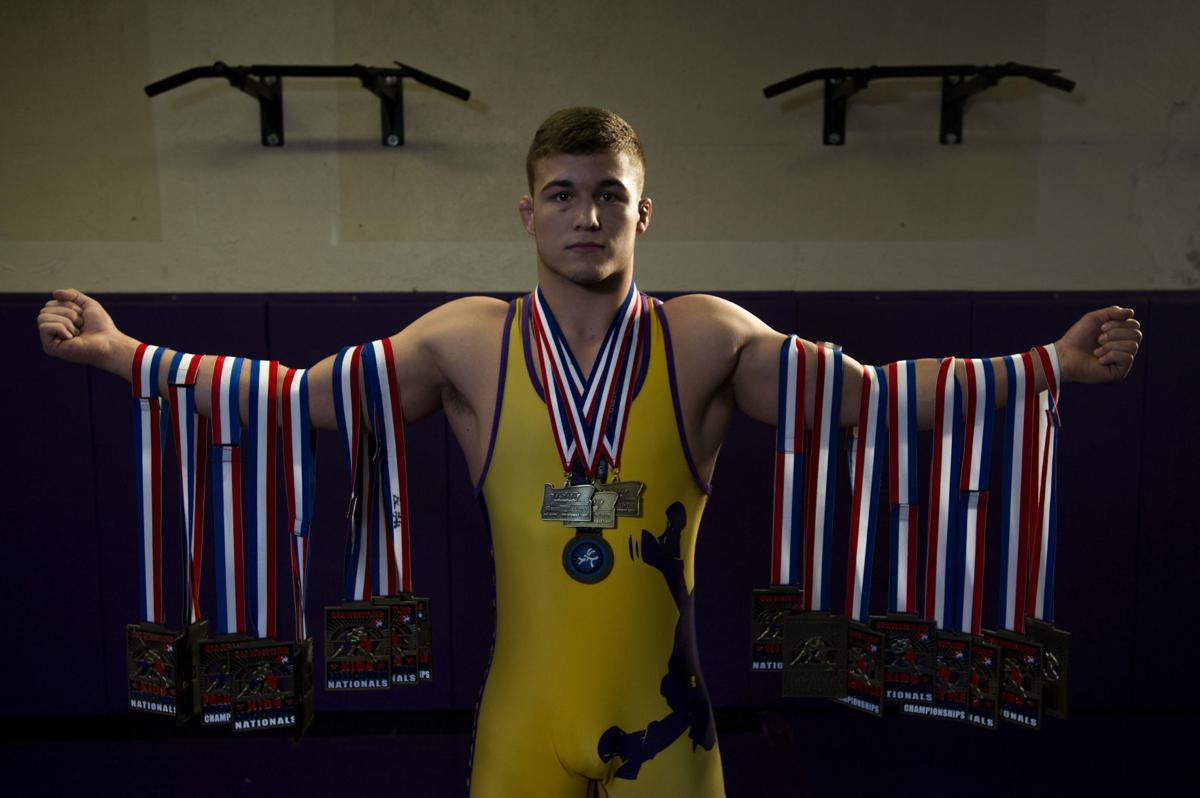 Marshfield standout Travis "Junior" Wittlake stands with a number of his state, national and international medals.

When Marshfield graduate Travis “Junior” Wittlake won a prestigious award last week, he wasn’t anywhere near the ceremony in Portland.

Marshfield standout Travis "Junior" Wittlake stands with a number of his state, national and international medals.

Wittlake became just the third Marshfield student athlete to win the Johnny Carpenter Athlete of the Year award in the 66-year history of the honor presented during the Oregon Sports Awards banquet. But when his name was announced as the winner of the award for boys in Class 4A, 3A, 2A and 1A, he was in Stillwater, Oklahoma, where he is beginning his college career.

Wittlake is taking his first two classes at Oklahoma State University and training with his new college teammates to acclimate to life as a college student.

He left Coos Bay the day after graduation and is taking psychology and American history, working out a couple of times a day and adjusting to the Midwestern climate.

“It’s really hot and really humid,” he said. “It’s definitely not what I’m used to. Every time I walk outside, I’m sweating.

“It’s pretty cool, really,” Wittlake said. “It was a good little cap to the end of my high school career, a good cap to my senior year.”

Wittlake has won many, many awards. He is arguably the most decorated wrestler in high school history in the state, including this spring becoming the first high schooler to win the Oregon triple crown, capturing state titles in the folkstyle, freestyle and Greco Roman formats, all four years of high school.

“That was a goal I had since I won state my freshman year,” he said. “I knew nobody had won it four times.”

“It’s just another award,” he said. “(But) this one is throughout the whole state of Oregon and across different sports, too.”

The only other Marshfield athletes to win the Johnny Carpenter Award were the legendary Steve Prefontaine and current Marshfield football coach John Lemmons, who led the Pirates to their most recent football state title.

Wittlake was one of two South Coast athletes who were finalists for state awards. Bandon golfer Scotty Kennon was a finalist for male golfer of the year, though that award went to Klamath Union star Craig Ronne. Ronne, in turn, was one of the three finalists for the Johnny Carpenter award, along with Wittlake and Catlin Gabel sprinter Juma Sei.

Wittlake is one of a number of incoming freshmen athletes who are at Oklahoma State University for six weeks. Many of the school's top wrestlers also are on campus.

“The training has been awesome,” Wittlake said. “I’m getting tested in practice every day. It’s good for me.

Bandon Crossings celebrated its new clubhouse with a ribbon cutting ceremony with the Chamber of Commerce on June 7.