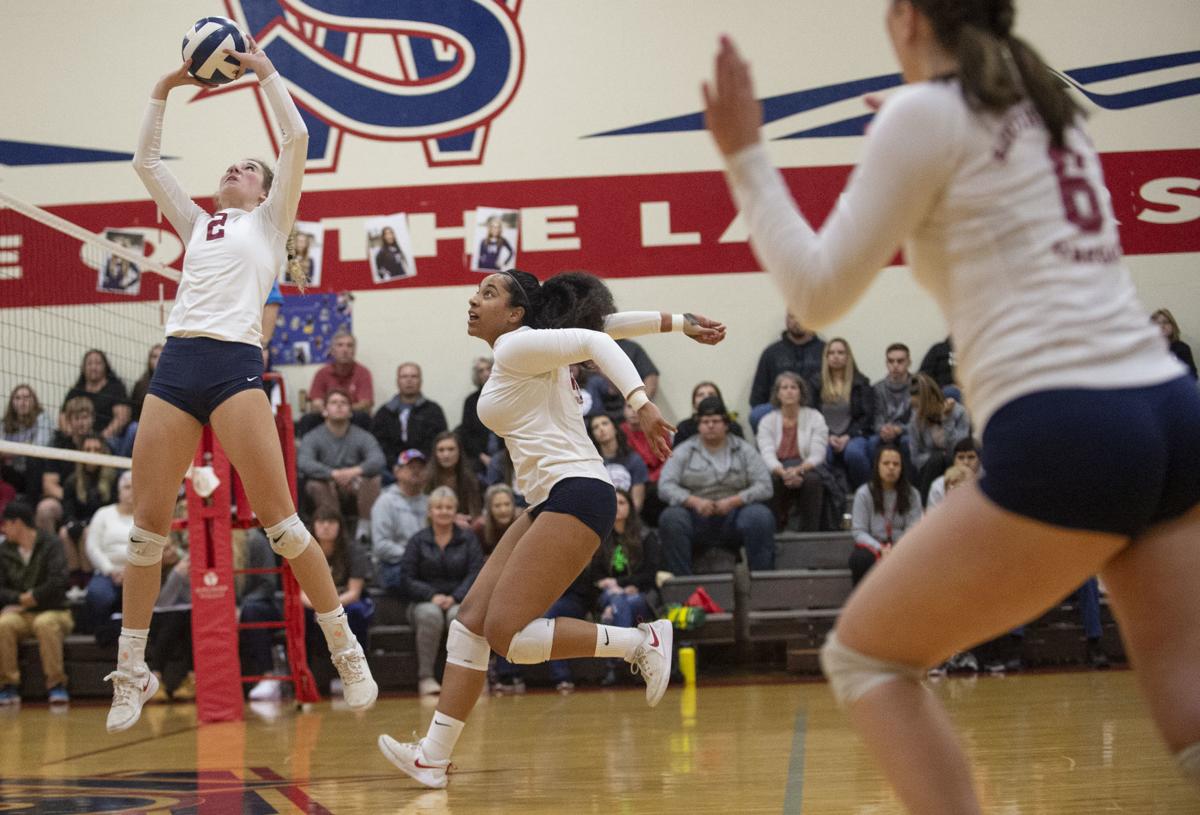 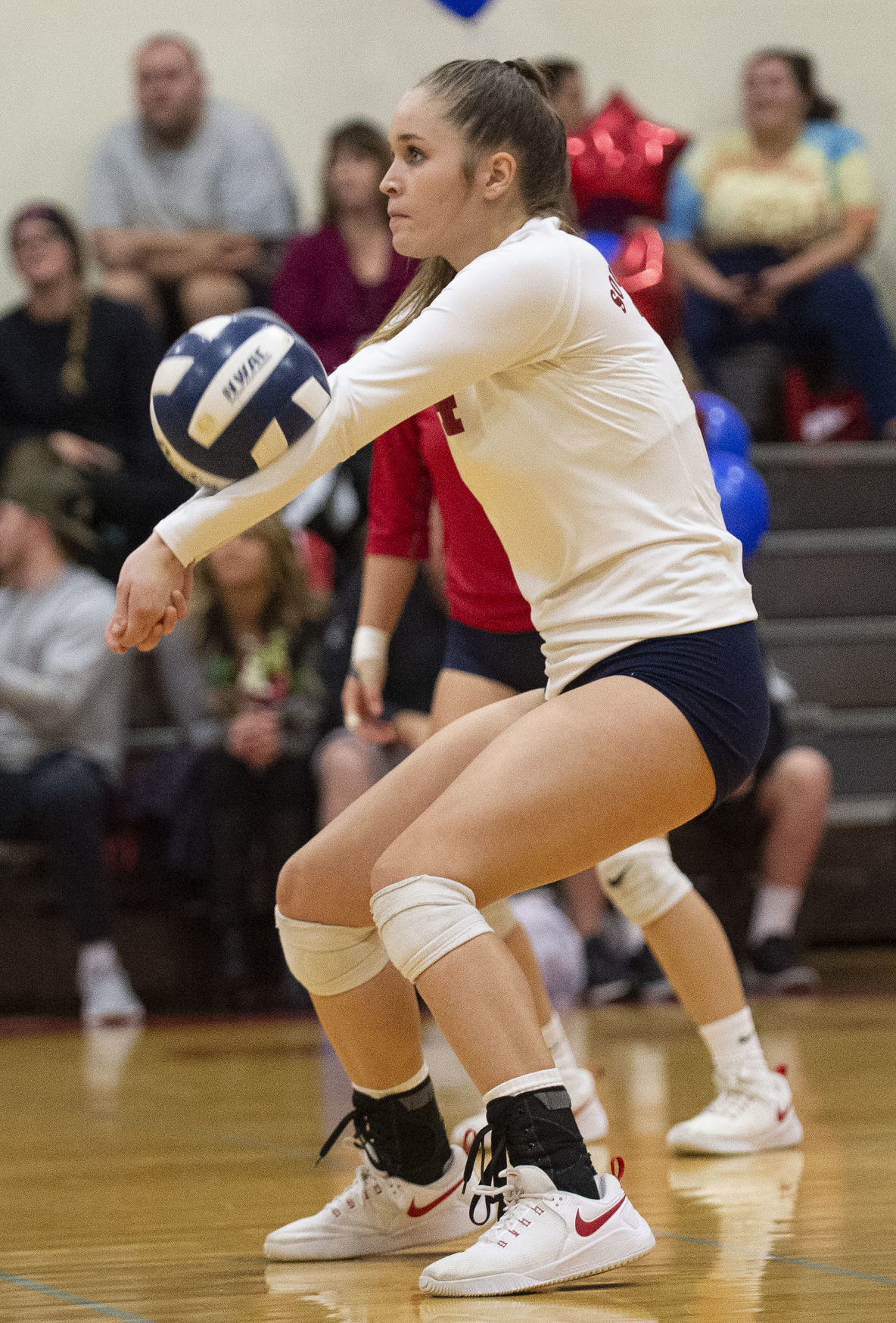 But not before a little drama.

“We were keeping everyone on their toes,” said SWOCC freshman Amanda Clark. After defeating the Riverhawks 25-18 and 25-14 in the first two sets, the Lakers needed a rally, and a boost from the supportive crowd, to win 28-26 in the third set to complete the sweep.

“In that back-and-forth game it’s just finding that momentum and just really going with it. You could tell that we were just digging deep, struggling for a little bit and then we had that run ... it was so awesome,” said Clark. “And when one person gets hyped, it’s just so fun.”

Clark, a 5-foot-4 freshman, came into the season as a defensive specialist before injuries moved her to outside hitter. Using a lethal hit and her precise tips, Clark led the team on Tuesday night with 13 kills, continuing her role as a go-to hitter.

“She’s our shortest hitter, too. She can jump like no other,” said SWOCC head coach Stephanie Willett. “She’s one of our most consistent players. She’s one of those hitters that setters know they can go to her.”

While everything had been going the Lakers way in the opening two sets, UCC was moving in the right positions throughout the third set coming up with blocks and capitalizing on SWOCC errors. The Riverhawks built up a 19-12 advantage before the Lakers could mount a rally.

After a UCC serving error, one of three for the Riverhawks in the final stretch of play, the Lakers put the pressure on with the help of two stuff blocks from Jade Flitton. The offense was forcing UCC into dangerous situations and suddenly the home side had mounted a 9-2 rally to tie the set at 21-21.

The Riverhawks weren’t done yet as they fought for a 24-23 advantage. SWOCC again answered the call and got timely kills in the final points from Andria Santoyo and Tayler Parks to close out the set. Santoyo finished with 10 kills and 14 digs while Parks added nine kills.

“I think as a team we decided to execute. And the crowd was loud and it was high energy and we were working together,” said Santoyo of SWOCC’s play at the end of the third set. “I think that staying disciplined but also being excited. Anytime we get a point, celebrate, and if we make a mistake just shake it off.”

While the third set came down to the wire, the Lakers were able to roll through the first two sets. SWOCC closed out the first set with a 7-1 run to put away from the Riverhawks. In the second set it was more of the same as the team put together and early 12-3 run and used offensive efficiency to roll through to a win.

“I think just being scrappy and just reading whatever the other team was doing,” said SWOCC setter Sydney Colledge on what was working early. Colledge ended the night with 20 assists and seven digs.

Wednesday night was sophomore night at SWOCC where the program honored those playing in their final homes games as Lakers. For Willett, back in the role of head coach at SWOCC, she was happy to get to spend a season with this group.

“I knew I was coming into a good group. Their commitment, their passion, their love for the game — they are just such overall one of the best groups I’ve ever coached,” she said. “No matter how many wins or losses we’ve had this season, it’s just been great. I have no complaints.”

The Lakers will conclude the regular next Tuesday on the road at Rogue Community College in Grants Pass.

“It was awful,” said senior lineman Renzai Martin. “It was just crushing. We knew we could play better. We weren’t playing our brand of football.”