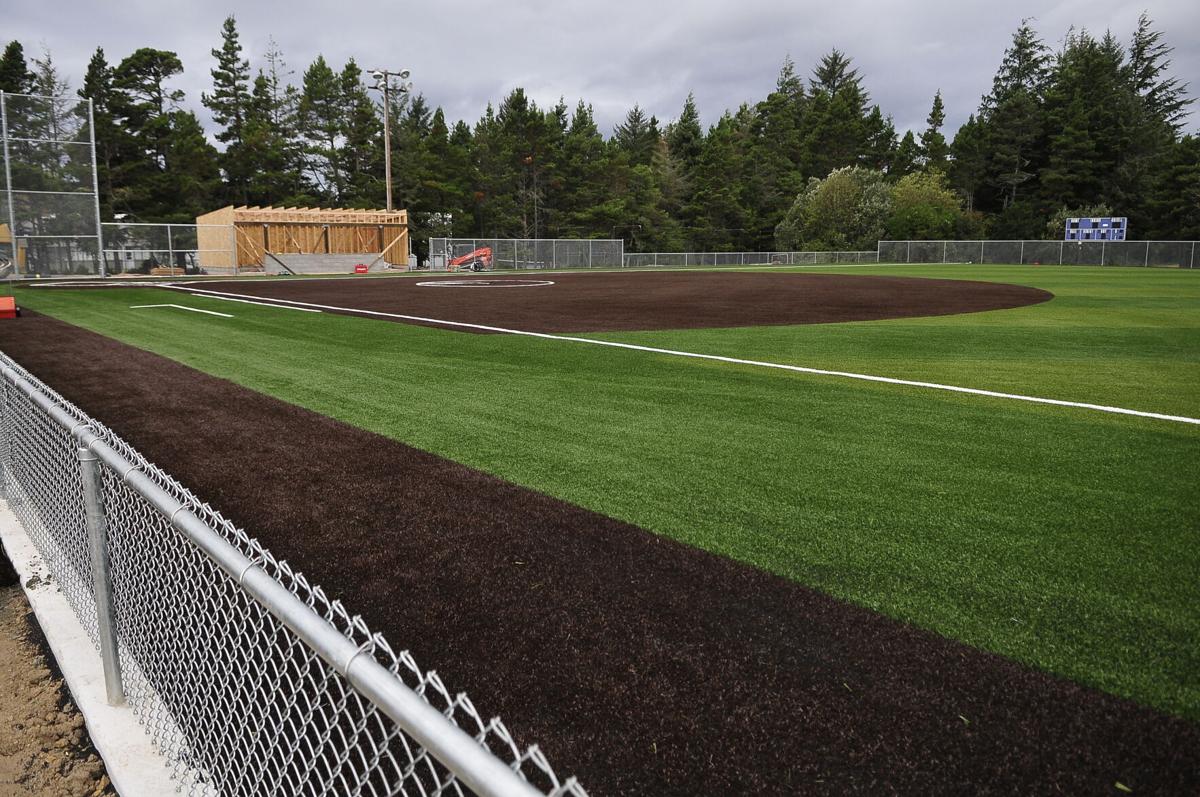 The new turf has been installed at the Southwestern Oregon Community College softball facility. One of the dugouts, still under construction, can be seen in the back. 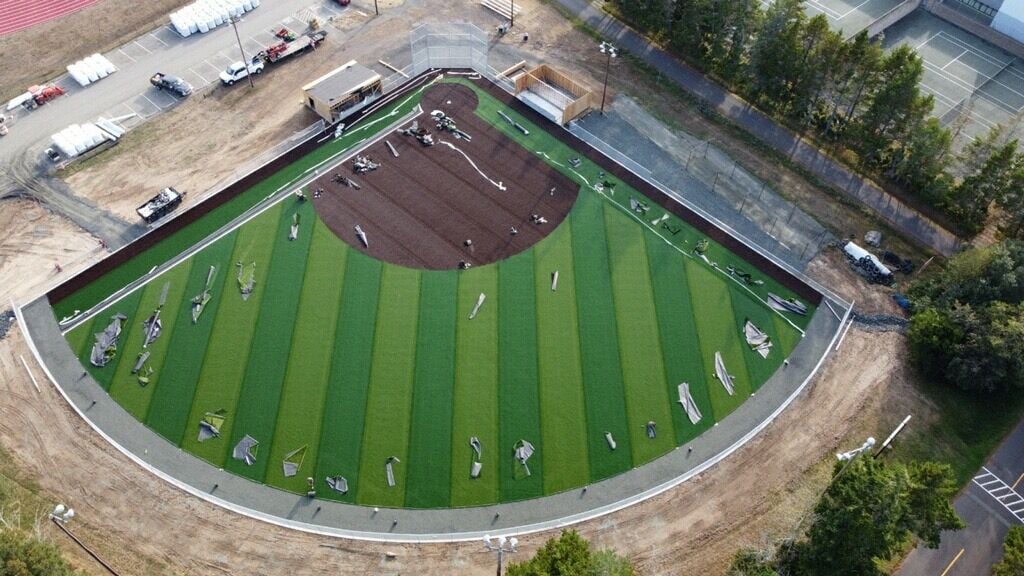 The new turf has been installed at the Southwestern Oregon Community College softball facility. One of the dugouts, still under construction, can be seen in the back.

COOS BAY — The shiniest new sports field on the South Coast is one that will benefit a lot more than the school that owns it.

Over the weekend, workers installed the turf field at the Southwestern Oregon Community College softball facility.

Though the dugouts are still being completed, the field is pretty much ready to go. Now, when the next softball season begins for the Lakers, as well as for the area’s high school teams, rain won’t keep games from being played.

“Megan said it best,” SWOCC athletic director Mike Herbert said of Lakers softball coach Megan Corriea. “She said it’s not just for the softball team — it’s for the community in our minds.”

“Local softball programs won’t get rained out,” Herbert said. “If the field’s available, and we can get them here, we will play.”

That’s consistent with how SWOCC has treated area schools for years.

“We’ve always tried to do right by the schools when they’ve asked for gym space and time,” Herbert said. “Baseball and softball are hardest to do that because if their fields are bad, ours are, too.”

The thought of having a turf softball field has been milling around for years. The time was just right to get it done now, Herbert said.

The project has been financed using money that can only be spent on facilities, not on employees.

The project actually has progressed fairly quickly, the old grass and field being removed, the new fence and backstop installed, the base layer for the field being installed and leveled and finally, in just a few days, the new turf being put in.

“The turf guys worked all weekend,” Herbert said. “They do a good job.”

The contractor for the turf installation, Northwest Sports Turf, is a company led by Ryan Starwalt, the head baseball coach at Crescent Valley High School in Corvallis.

The dugouts, on the other hand, are being built by the same company completing the new Health & Science Technology Building, Bogatay Construction. And they are coming with no cost to the school, Herbert said.

“Bogatay volunteered the lumber and the time to build the dugouts for us,” Herbert said. “That’s pretty impressive.”

He said the company has a tradition of giving back to the community when it does a project, and that owner Matt Bogatay told Herbert it wanted to do that for the Lakers.

“He wanted to do something for athletics,” Herbert said. “I showed him the softball field. He said, ‘Why don’t I do the dugouts for you.’”

Bogatay is from Klamath Falls and likes to support Oregon, Herbert said. The company often has purchased meals for its large work crew from area restaurants or SWOCC’s culinary school.

“They want to be local to Oregon,” Herbert said.

In this instance, they have a tie to the college as well. Jesse Schade, the on-site project manager for Bogatay, graduated from North Bend High School and played basketball at SWOCC under former coach Tom Nicholls, Herbert said.

There is no current plans for turfing the infield of SWOCC’s baseball field, a project that would be quite expensive.

But the softball team will have the new field as it prepares for the season, scheduled to start early next year as part of what will be a very busy time for the Lakers, provided the pandemic has calmed down enough for athletics to proceed.

The current schedule calls for all the seasons to overlap.

The volleyball, basketball, soccer, baseball and softball seasons all will be contested in the winter and spring along with the other NWAC schools. Add golf, cross country and track and field to those sports, as well as the Lakers’ two sports that are NJCAA sports — swimming and, if it can be held given its contact nature, wrestling.

The current plan calls for the volleyball and basketball seasons to include just South Region games for the Lakers with matching schedules — when the basketball teams are home, the volleyball teams will be on the road, playing the league foes in a triple-round-robin format.