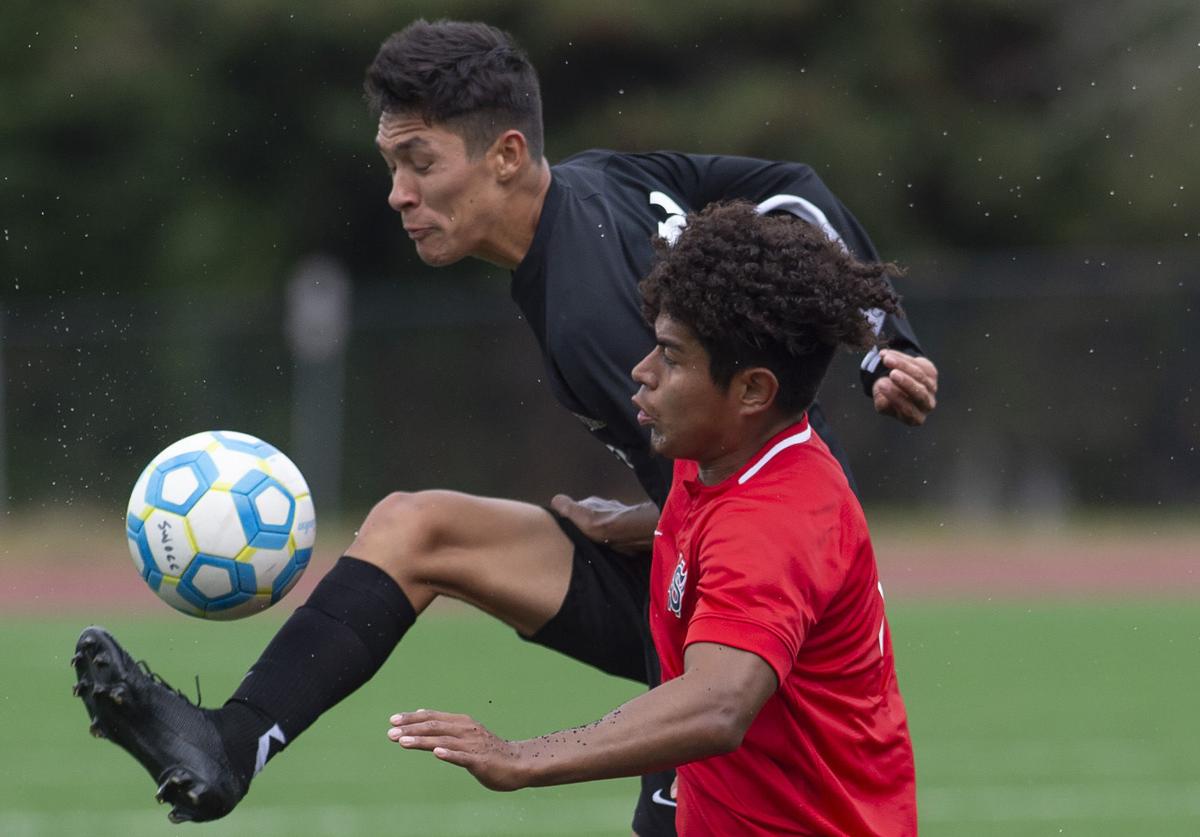 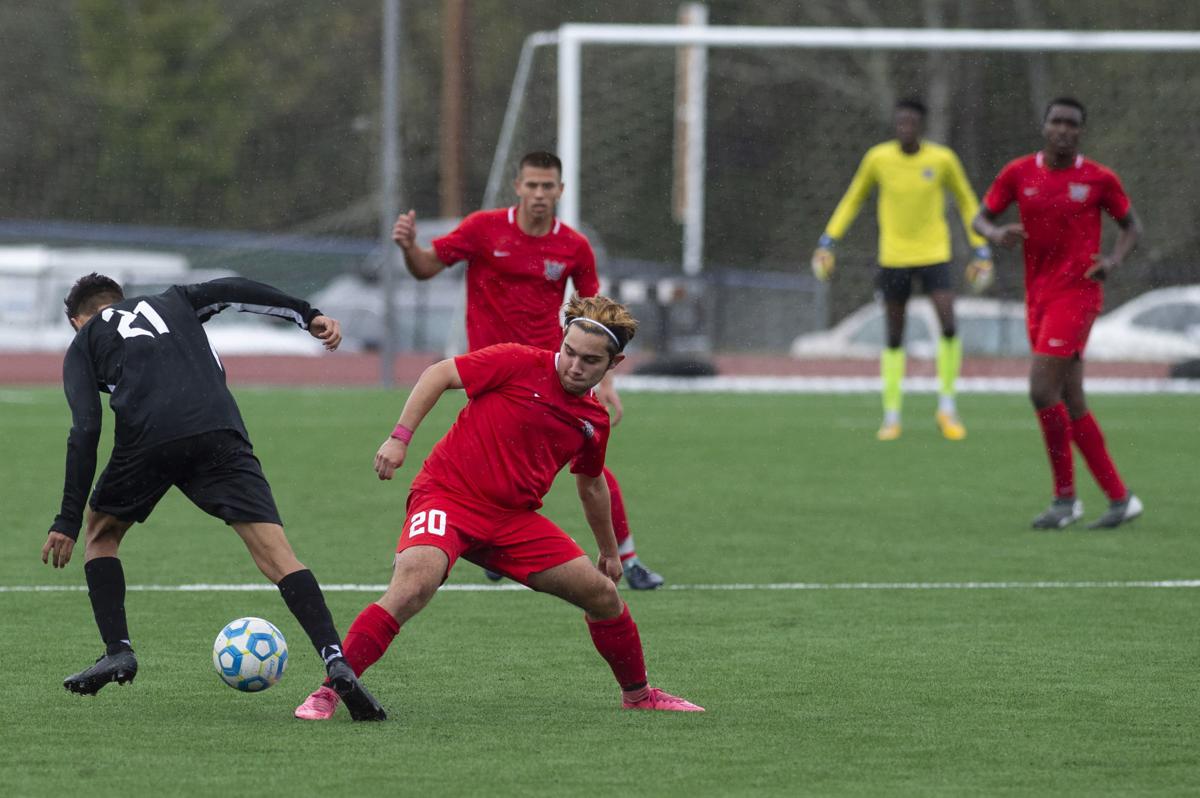 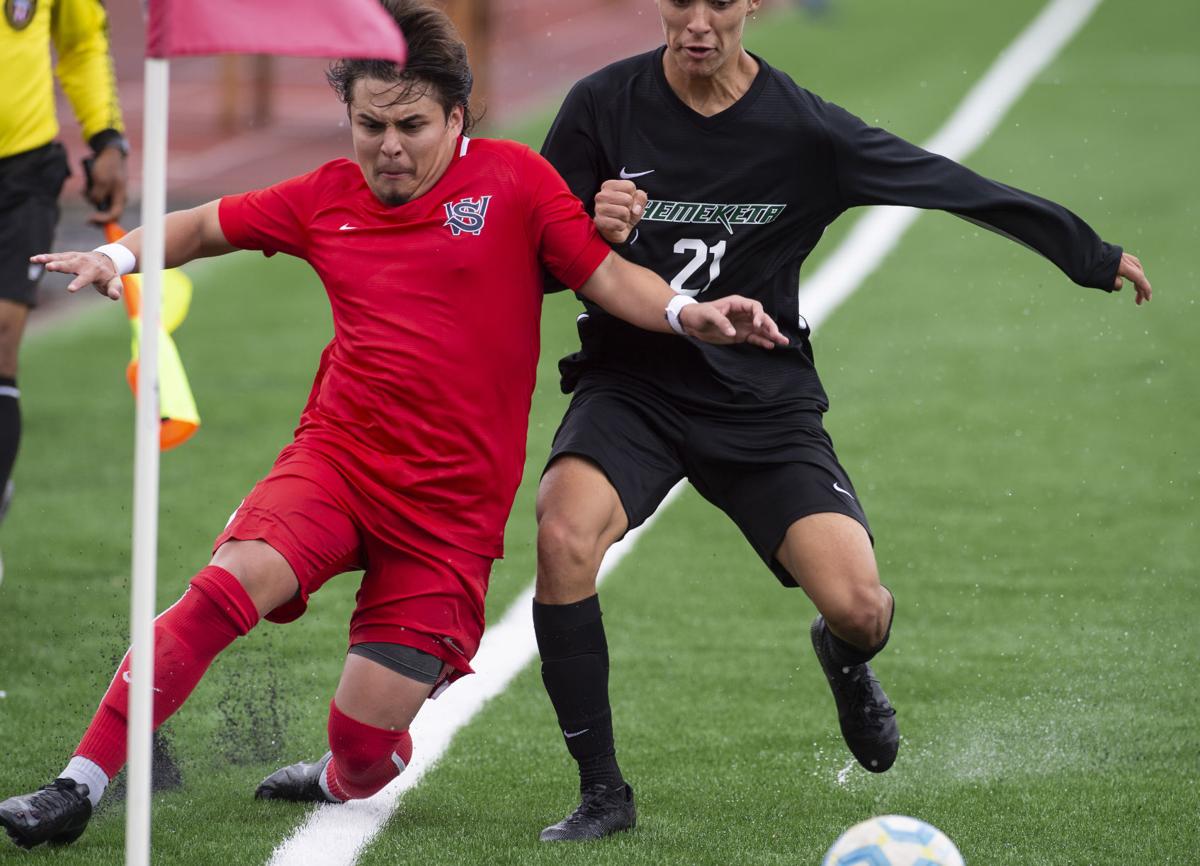 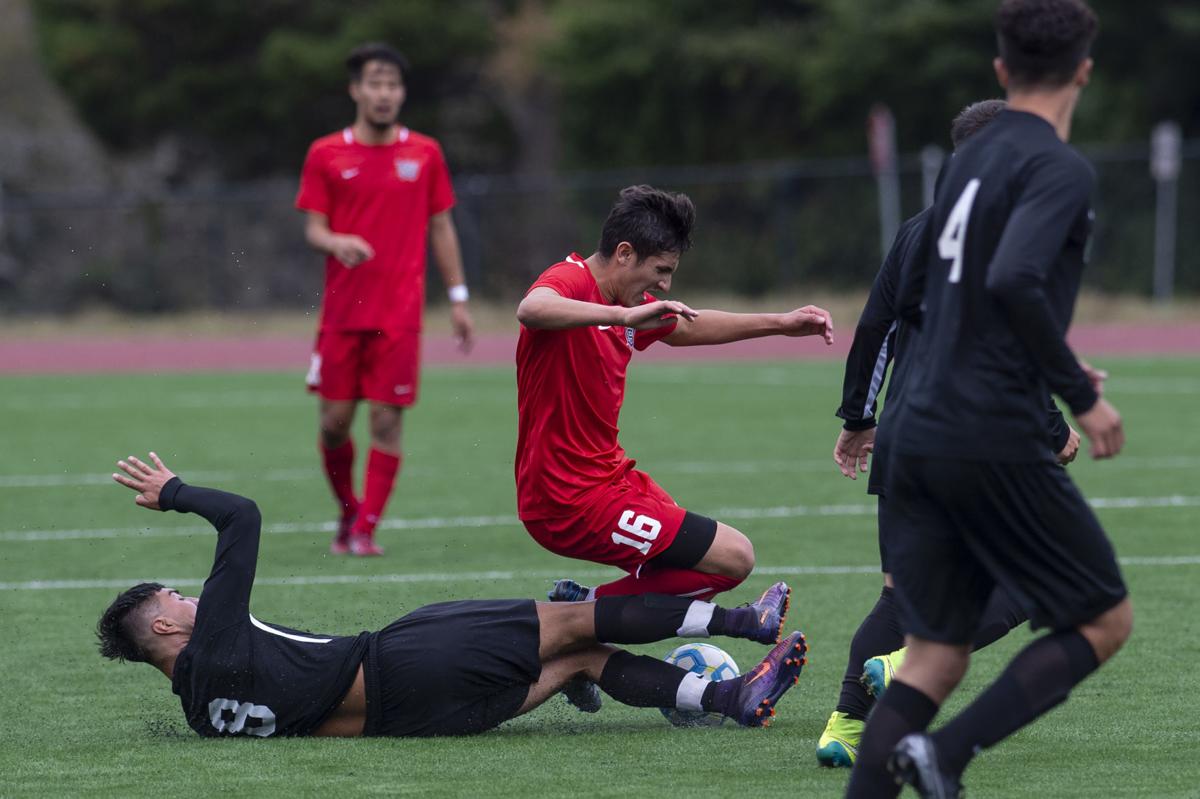 COOS BAY — The Southwestern Oregon Community College men's soccer team has had to overcome a bunch of adversity this season, but the Lakers have put themselves in good position for the postseason, especially after Wednesday’s 1-0 win over visiting Chemeketa.

“We are so close, and it’s coming together,” SWOCC coach Brad Williams said. “We’re hitting a good form at the right time.”

SWOCC finishes with a home match against Rogue next Wednesday and a match at Clark on Oct. 26. A win in either match will clinch a spot in the NWAC playoffs and with two wins, the Lakers could pass Chemeketa to finish in second and get a home match in the first round of the playoffs.

Whether the Lakers are on the road or home, the team is excited about its chances if it gets to the postseason.

“It doesn’t matter where we are seeded, we are going to be a dangerous team in the playoffs,” said Alieu Diaw, who recorded the shutout in goal Wednesday.

Chemeketa finishes with a match at Portland and a home match against Lane. The first-place Titans host Clark before visiting Chemeketa. With three points in the standings awarded for a win and one for a tie, the order of the top three spots still is up for grabs, though Lane and Chemeketa have clinched playoff berths. The winner gets a bye into the second round, when it will host a match.

The Lakers have been strong against the region’s top two teams. They handed Lane its only loss and also played to a scoreless draw with the Titans. And they split the matches with Chemeketa, having lost to the Storm 4-2 in their matchup in Salem.

On Wednesday, they dominated the Storm.

“I thought we did fantastic today,” Williams said. “The first half was near total domination. It was real good to keep the pressure up.”

The Lakers did all but score a goal in the first half, and after hitting the post three times in a scoreless draw against Clark and the 0-0 tie against Lane, Williams knew they were close to getting a ball in the net. At halftime, he told the team to keep shooting.

The breakthrough came in the 49th minute, when Alejandro Garcia scored on a free kick from about 20 yards out that somehow got through a bunch of players from both teams and past Chemeketa goalie Jose Ochoa.

“I just tried to play what coach said,” Garcia recalled of the kick, adding that Williams told him he might get lucky and get a goal. “I took his advice.”

It was the first goal for SWOCC’s men on the new pitch.

“It was amazing getting to celebrate with the guys,” Garcia said.

After the goal, the Lakers kept pushing, though they couldn’t get another shot past Ochoa, who had seven saves.

SWOCC’s defense, meanwhile, was strong keeping Chemeketa from getting many opportunities and Diaw came up with great saves in both the 82nd and 83rd minutes.

Diaw, a sophomore who came to the Lakers as a defender, is the sixth different player who has spent time in goal for SWOCC this season.

The best two players at the position became unavailable — Tristen Spaeth to a knee injury and Vince Goelst to a concussion.

“He had a couple saves late that were huge.”

Diaw, who is nearly 6 feet, 5 inches tall, takes up a lot of the net space, which might throw opponents off some, Williams said.

The players praised Williams for leading the team through a season that included an entire preseason practicing on borrowed fields.

The team has bought into what Williams has been preaching, Garcia said.

“It’s putting in the work at practice and listening to coach,” he said. “Make sure we practice how we play. It shows (in the matches).”

And Wednesday’s win was a big one.

“It was a great win today,” Garcia said.

The Southwestern Oregon Community College swim team began what it hopes is a big season with a school record in the very first race of the year at the Logger Invitational at the Puget Sound University on Saturday.