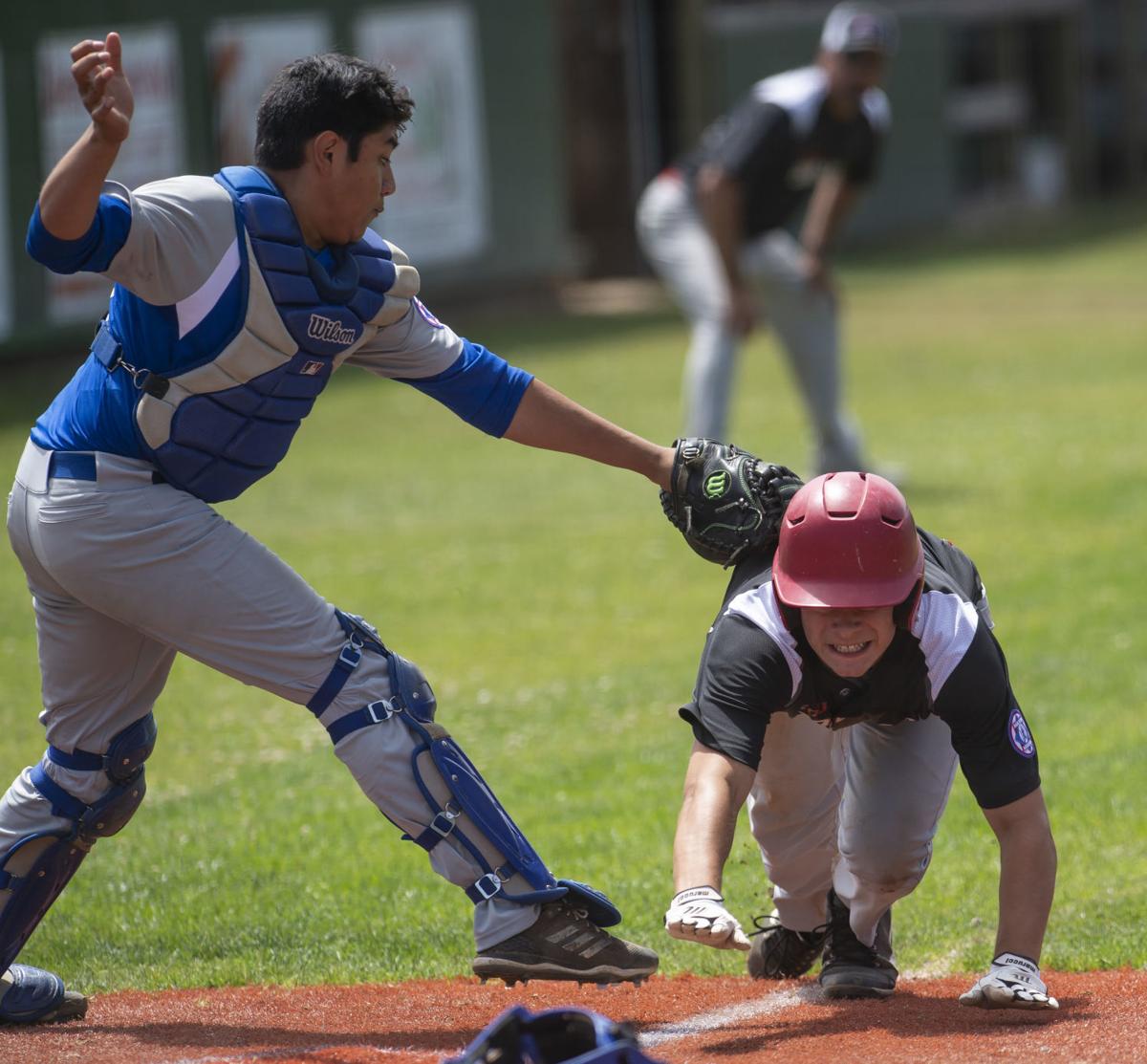 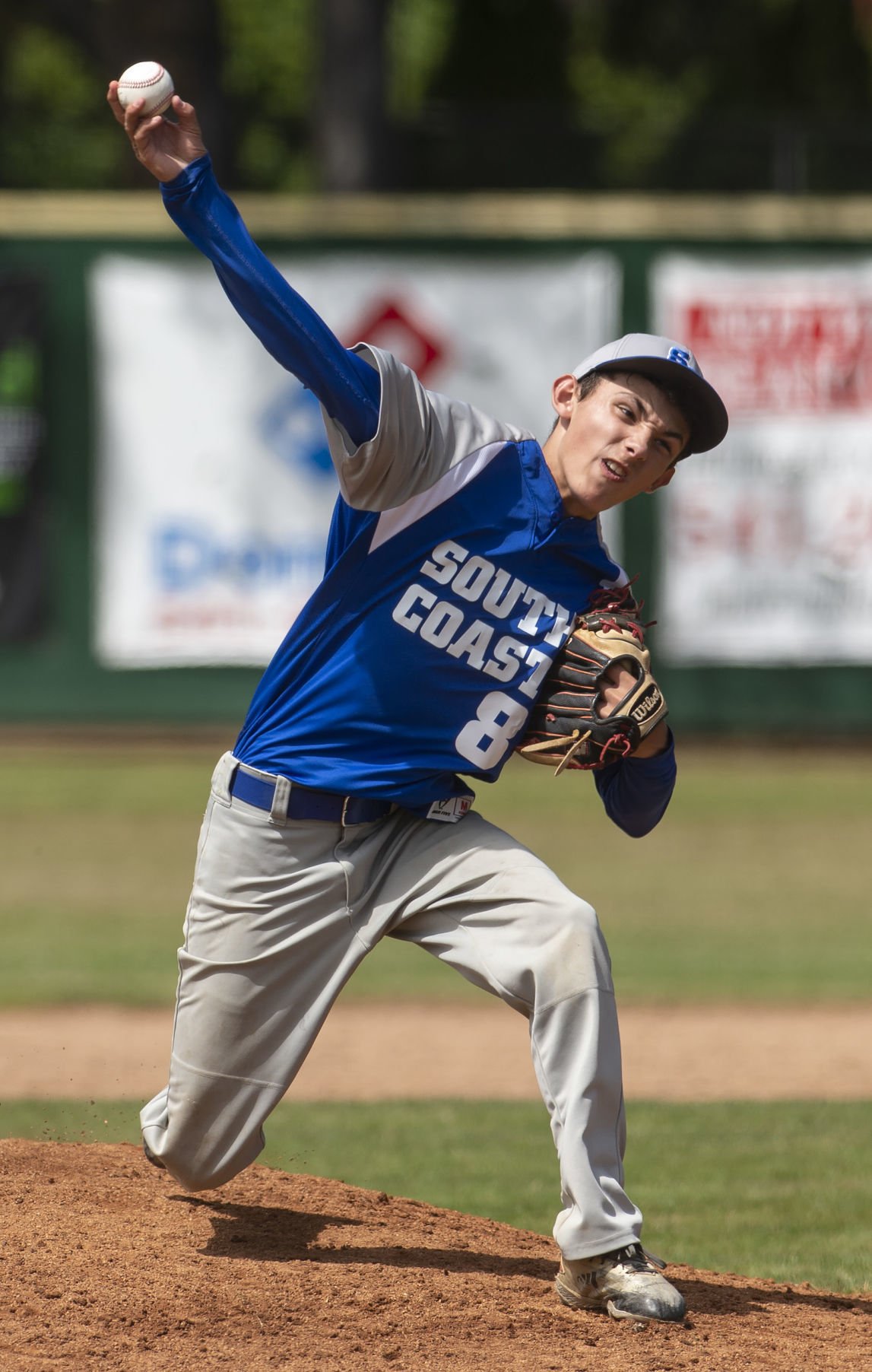 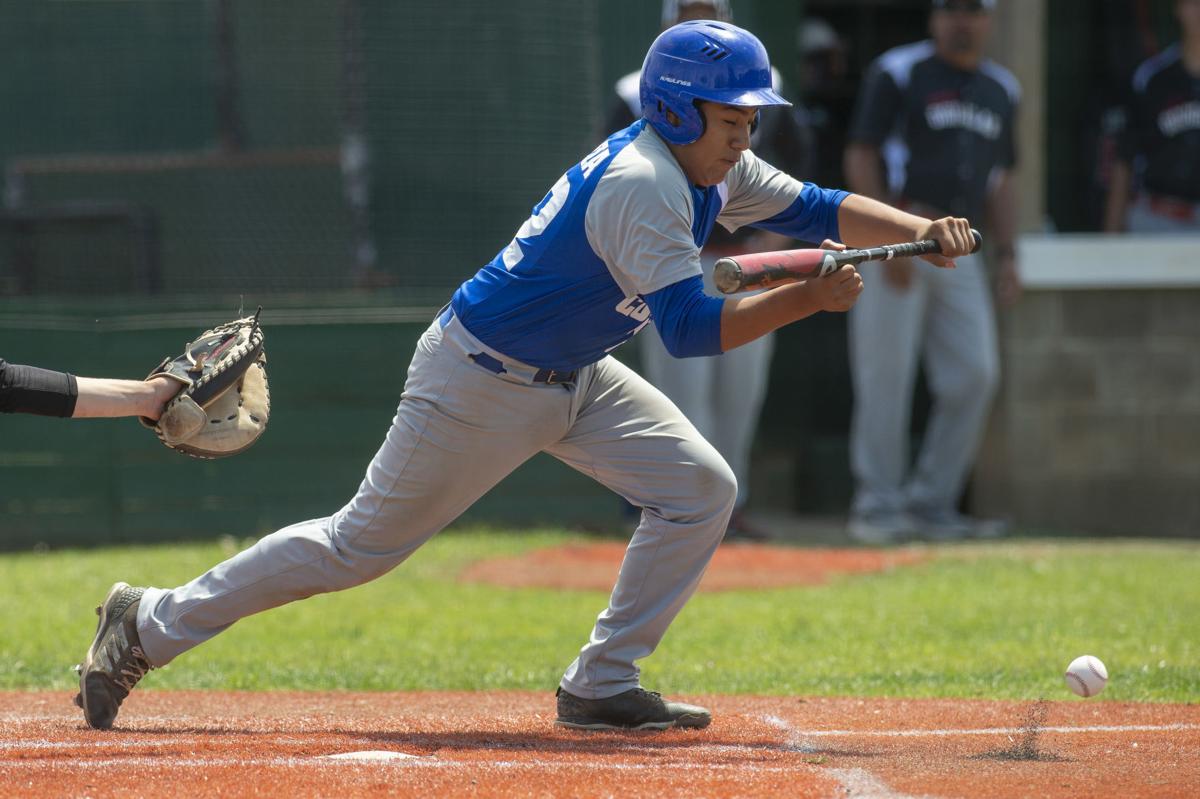 NORTH BEND — South Douglas County beat the South Coast All-Stars 15-13 on Sunday to claim the title in the 13- to 15-year-old age group at the Southern Oregon State Tournament at Clyde Allen Field.

South Douglas will now head to the Pacific Northwest regional tournament in Camas, Wash., while the season ended for the South Coast club.

The teams had very different games Sunday. South Coast scored consistent runs in each inning, but a couple quick bursts of several runs from South Douglas kept South Coast from catching up.

South Douglas burst out quickly in the first inning, charging to a 7-1 lead. But by the end of the third inning, South Coast had closed to trail by one run 7-6.

However, another burst of runs in the fourth, including a three-run triple by Jayden Landee, pushed South Douglas to a 13-6 lead.

In the fifth inning, South Coast closed to within 15-10. Though South Douglas didn't score in the final two innings, South Coast was only able to score three runs.

Coach Dan Rankin, of South Coast, said it was a hard-fought game. He noted his team made a few errors that made it hard to keep up. He added South Douglas is a good team with great batting skills and they were good competitors.

"If we had held them in the first inning ... that hurt us pretty bad," Rankin said of the early lead South Douglas secured.

He added South Coast's pitching was weaker during the first and fourth innings, which opened the door for the big numbers to get away from them. South Coast's Merrick Henderson said they made a few mental mistakes and it cost them.

South Douglas Coach Joe Moody also noted how hard both teams played in the tournament. He said, in one of the earlier games, he had to bring in a pitcher he was hoping to save specially for Sunday's game. He said he knew they would be able to take Ethan Halpin's pitches and come out hard in the first inning.

"It worked," Moody said of the strategy. "I just wish we had kept that up in every inning."

Tanner Ring, of South Douglas, said they made some errors, but kept their heads up. He feels the reason they lost Saturday's game was having their heads down and letting plays get by them.

South Douglas will travel to Washington for the regional tournament the week of July 21. Moody said they will practice this week and take some time to recover in the leadup to the next round. He added he is especially proud of his team, since South Coast is usually the team that moves on; he said it was a great opportunity for them to experience another level of competition.

Rankin said South Coast has a good team this year and they are already looking forward to next year. He said they expect to have a strong team of 15-year-olds, since most of this year's squad is just 14.