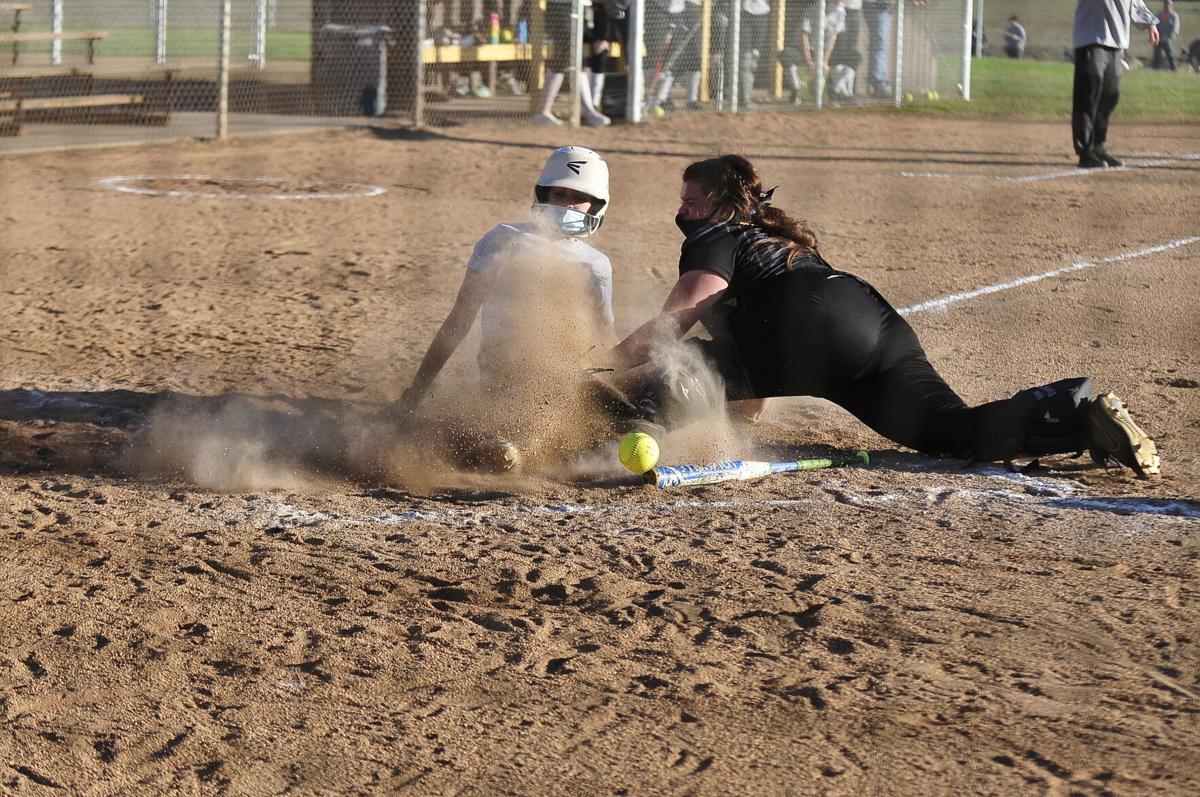 North Bend’s Emma Spalding is safe at the plate as the ball gets away from Marshfield catcher EmmaLee Schaeffer on Monday at North Bend. 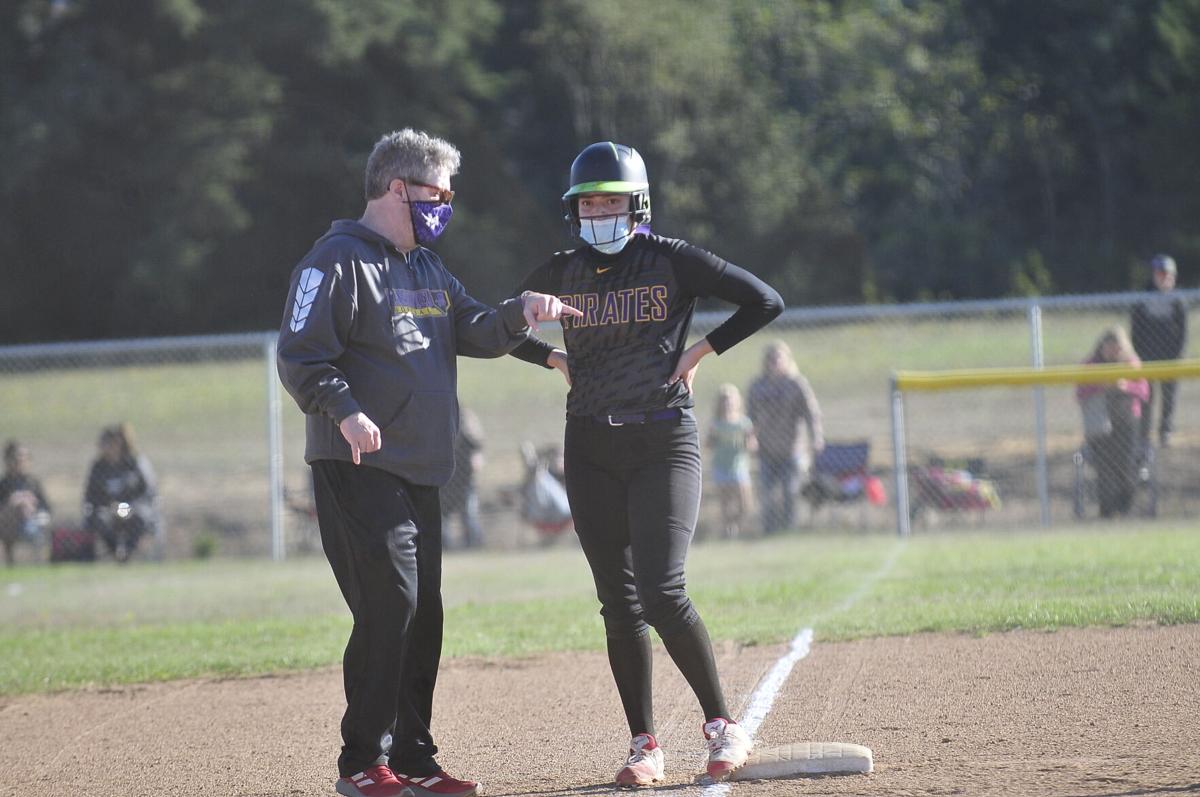 North Bend’s Emma Spalding is safe at the plate as the ball gets away from Marshfield catcher EmmaLee Schaeffer on Monday at North Bend.

NORTH BEND — The goal of the current sports seasons for North Bend and Marshfield is to give the student-athletes an opportunity to play.

For most of the rest of October, that includes volleyball, as well as three sports that had their seasons canceled last spring — baseball, softball and track and field.

Marshfield and North Bend have set an ambitious schedule that includes playing baseball, softball and volleyball a couple of times a week and holding track meets every Friday.

The events mostly resemble regular high school competitions, albeit without fans in the stadiums.

True, volleyball is being played on the football fields and without officials and only about half the events are being held at the track meets.

Baseball and softball are being played with umpires.

But one of the regular high school rules was ignored when Marshfield and North Bend faced off in softball at North Bend on Monday — the 10-run mercy rule.

The game would have ended halfway through the fourth inning, with North Bend already ahead by more than 10 runs, but since the goal is to play as much as possible this fall, the game went on until there wasn’t enough daylight to ensure another three outs could be recorded.

It’s important because the two programs lost their spring seasons and have relatively young and/or inexperienced varsity squads.

“Where spring really hit us hard is we have some girls out here who would have had a full year of (junior varsity),” said Kevin Guthrie, who is filling in as Marshfield coach this fall while head coach Brooke Blondell is home with her new baby.

“We can look at it like, ‘Oh gosh, we didn’t have a spring,’ Guthrie said. “But we’ve never had an opportunity like this.”

“Our sophomores are really freshmen,” he said, referring to the experience level of those players. “To get a couple games in is going to pay dividends for Marshfield and us in the spring.”

“I can see the wheels turning on base-running (concepts),” he said. “They’re picking it up.”

In Monday’s game, both teams did some things well, though some of the timing was off at the plate and the pitchers sometimes struggled to find the strike zone.

But there were defensive gems as well — Marshfield’s Cedar Ward snagging a line drive and the Pirates getting a pair of double plays on balls caught at first base.

North Bend freshman Emma Spalding had half a gem, diving to her left to snag a hard grounder, but not being able to make the play at first base.

She was one of a few freshmen who played on a day when both coaches cleared their benches to get everybody onto the field for at least a couple of innings.

That’s exactly what the coaches are planning over the next few weeks, with seven more varsity (and junior varsity) games planned for the two schools.