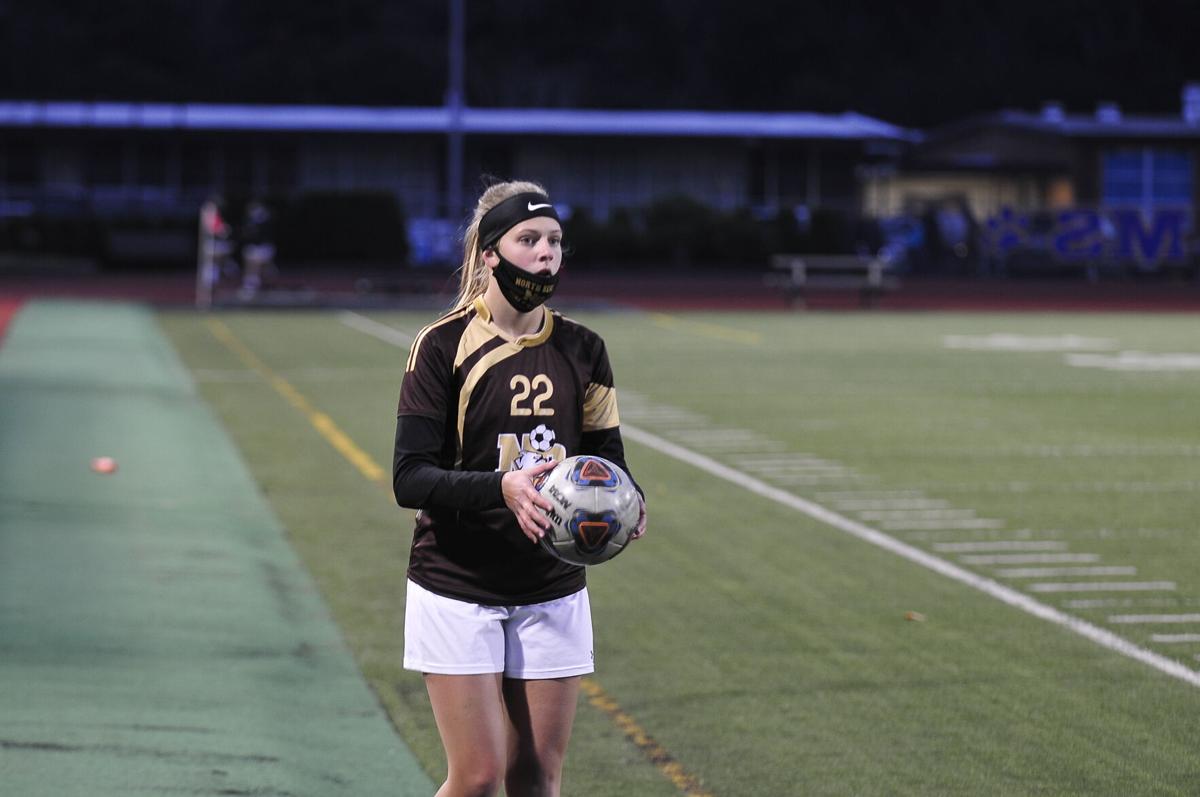 North Bend's Emma Spalding prepares to throw the ball in to a teammate during a jaboree match. 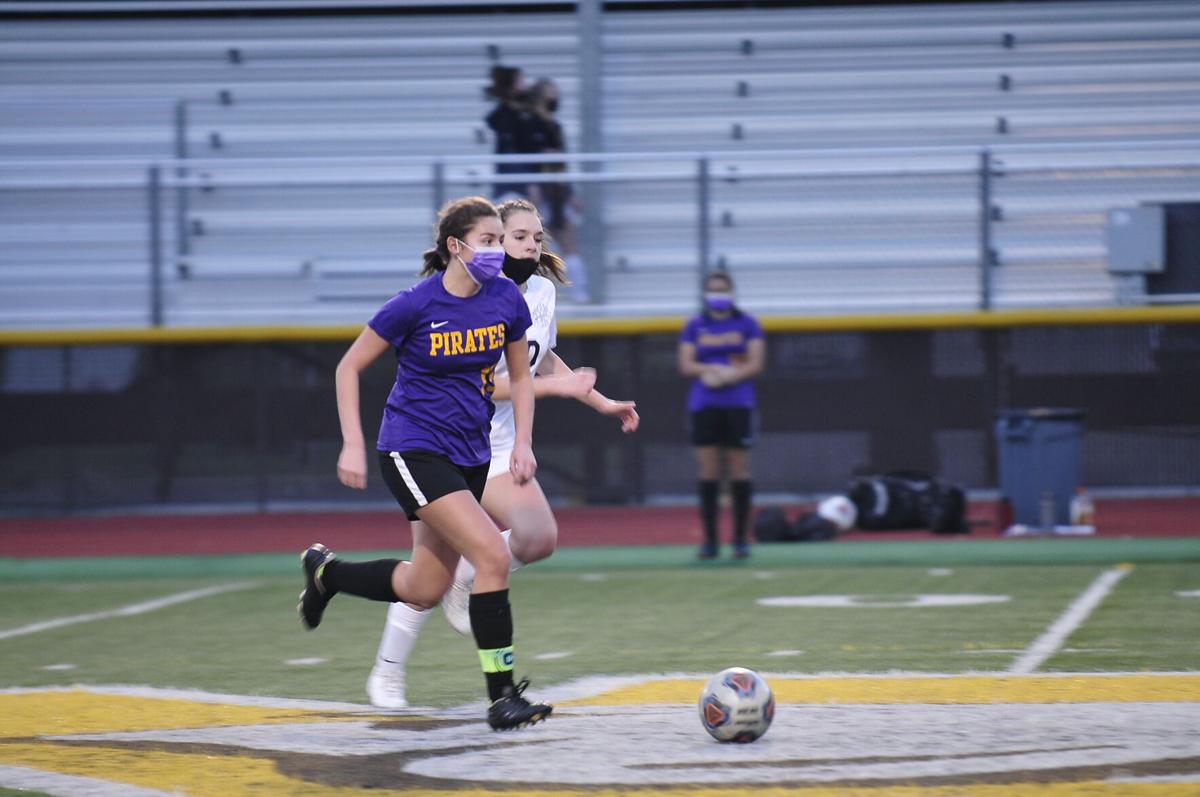 Marshfield's Isabella Perez pushes the ball down the pitch as a Brookings-Harbor player tries to keep up during a recent scrimmage.

North Bend's Emma Spalding prepares to throw the ball in to a teammate during a jaboree match.

Marshfield's Isabella Perez pushes the ball down the pitch as a Brookings-Harbor player tries to keep up during a recent scrimmage.

NORTH BEND — It was two months later than normal, but soccer teams from North Bend, Marshfield and Brookings-Harbor finally got to play matches of sorts Monday night, the first evening of games in the second portion of the fall season for the two Bay Area schools.

The girls and boys teams from the three schools faced off in a jamboree-style format, 25-minute matches against each of the other schools on North Bend’s pitch.

“After 12 months (without a match), it’s a little rusty out there,” North Bend girls coach Tony PIcatti said. “It’s nice to have the girls out playing.”

He noted a high turnout of players for the fall season, which extends into December. The actual Oregon School Activities Association season was delayed from its regular fall months to next spring.

“The girls are excited,” Picatti said. “We’ll just keep building on the team tactics and get ready for the season in the spring.”

Marshfield girls coach Pio Figueroa, who is pulling double duty for the fall season also coaching the boys — Drew Jones plans to be back with the boys team in the spring — said he was happy with how the girls squad looked in its scrimmages with the Bruins and Bulldogs.

“They’ve improved a lot,” he said. “The girls seem happy. They’ve been practicing whenever I ask. They want to get out and do something.”

He expressed appreciation just at the chance for the teams to play.

As for Marshfield’s boys, Figueroa said it’s been fun coaching that group.

“They play smart soccer,” he said. “They are doing well.”

Dustin Hood, who is coaching the North Bend boys this year after taking a fall off following a long stint coaching North Bend’s girls, had a witty take on playing the first match of the season on Nov. 9.

“My mantra is we want to play as deep into November as we can,” Hood said. “This is about counting our blessings and being able to be out here and kick the ball around and hopefully stay safe.”

Even though the weather was much nippier than a typical season opener, Hood had a big smile on his face.

The teams will meet several more times over the coming weeks at North Bend and Marshfield, starting Monday at Marshfield.

Monday is the final day Brookings-Harbor is planning to take part in the soccer season.

As with other sports between the Pirates and Bulldogs this fall, fans are not allowed. Many are watching the events from just outside the stadium and Marshfield radio voice Matt Jarvis has been broadcasting many of the events on Pirate Radio (105.1 FM).