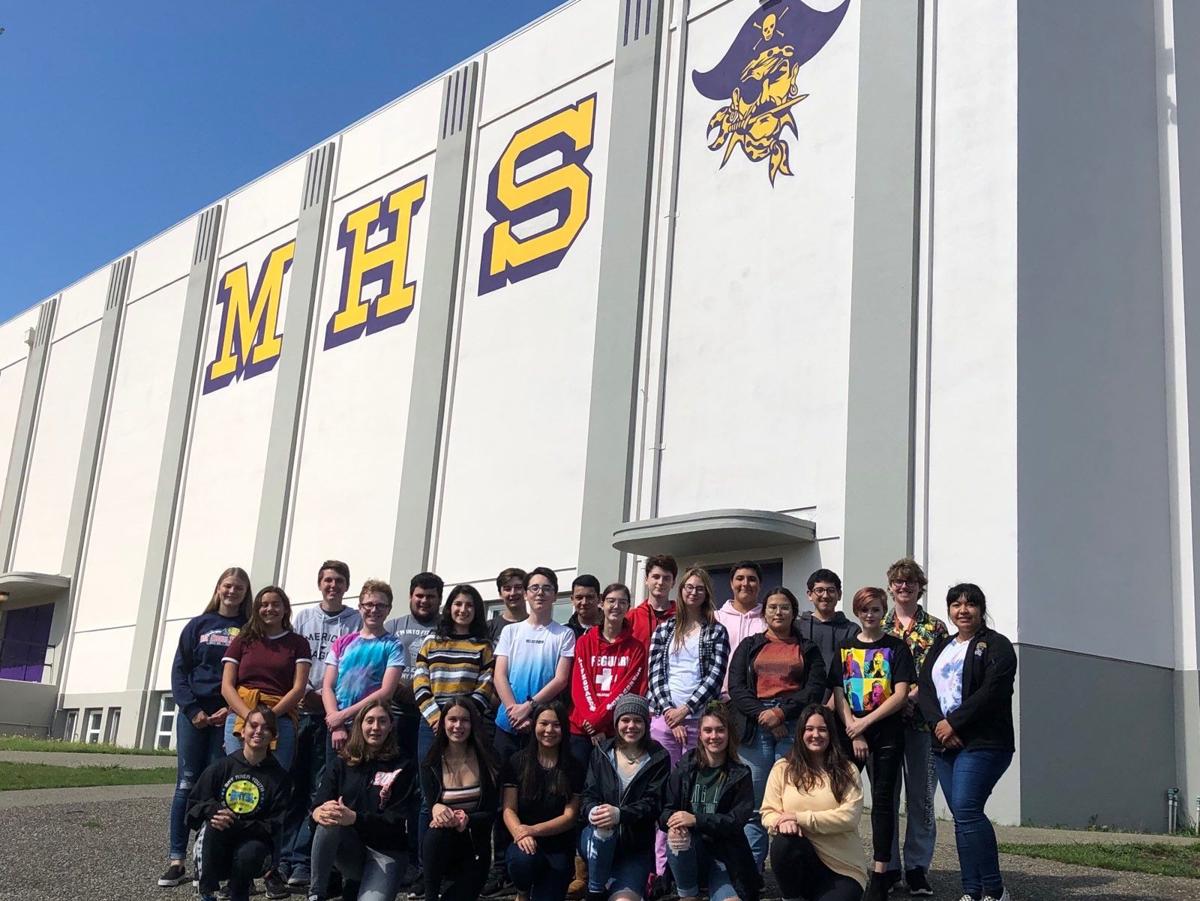 Marshfield's speech team gathers for a picture outside the high school. 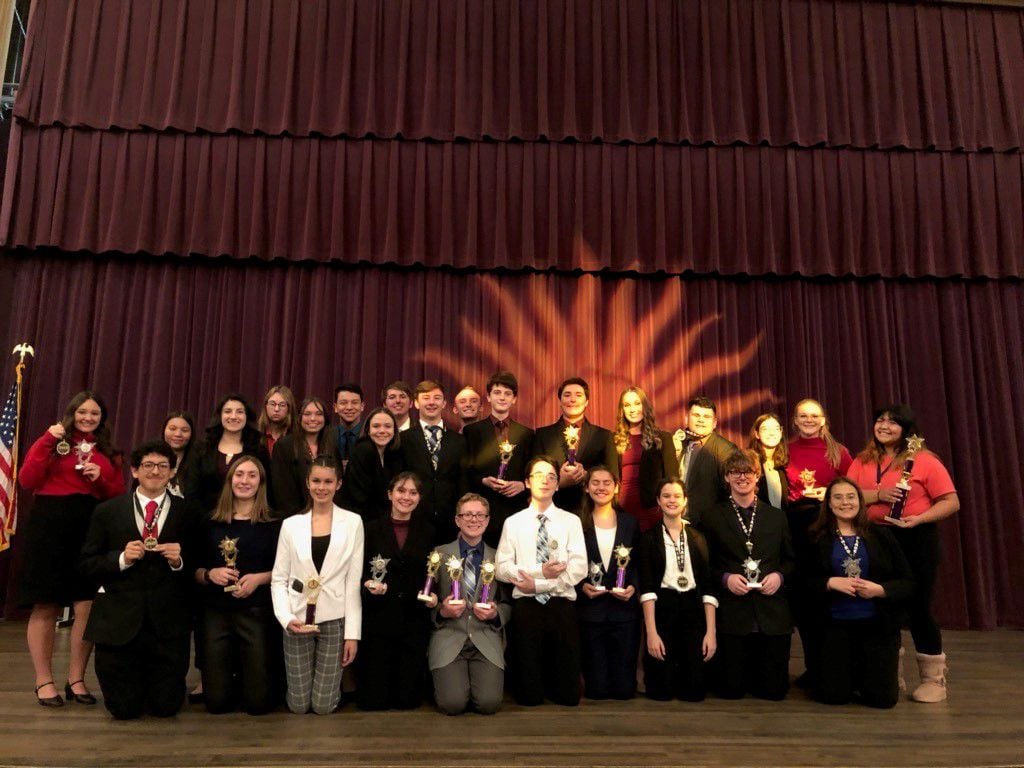 Marshfield's speech team poses for a photo after a competition.

Marshfield's speech team gathers for a picture outside the high school.

Marshfield's speech team poses for a photo after a competition.

COOS BAY — Bella Sperling wasn’t going to cry. She wanted to, but it wasn’t the right moment.

“People were crying. I don’t like crying in front of people so I didn’t, but I was very upset about it,” said Sperling, a Marshfield senior. “I tried maintaining myself. There are a lot of younger kids and I felt if they saw all the older kids crying it would make them start crying.”

Sperling and her teammates on the Marshfield speech and debate team had received the news that there was not going to be an OSAA Speech State Championship due to the coronavirus.

Over the past four years the Pirates have been right with the best in the combined 4A/3A/2A/1A classification at the state championships. In 2016, 2018 and 2019 the Pirates placed second at state while 2017 was the year the team snagged the title.

“So a lot of my seniors were extremely upset, of course,” said Kayla Crook, the coach of the team. “The other thing is, they have their goals set for the entire year and one of those was to beat the record for consecutive banners in our gyms. So the banners are for state championships or runner ups and for the last four years we have had one placed in the gym. So they are kind of a little heartbroken because they feel like that was taken away.”

Tied with speech and debate for consecutive banners is the Marshfield dance team, which also had its state championship canceled.

While most extracurricular activities revolve around one particular season, for speech and debate it takes up most of the school year. The season runs from August to April and is also a class for students to take with Crook throughout the year. The team practices a few times each week and competes in about two tournaments a month throughout the year.

For Sperling, who has been involved in the program all four years and poured countless hours into the program, she is still looking at the positives from her time on the team.

“I guess just remembering the moments that we did have. Be thankful for the previous tournaments we had because we did get to the end of the year and we missed the biggest tournament, but there are more years to come for them and I’ve already had three years myself of those opportunities. I guess just being more appreciative of what we’ve been able to do,” she said.

Sperling was looking forward to her dramatic interpretation of a piece from the actress Gene Tierney. She had read books, watched movies and studied fashion to fully inhabit this performance.

With the season canceled, the Pirates now look toward nationals which, as of now, are still scheduled for mid-June in Albuquerque, New Mexico. Alternative options are currently being considered that would have teams competing online.

“It takes away some of that audience members, the feeling in the room,” said Crook about the biggest difference compared to competing in person. “When I mentioned something about maybe doing a video recording and sending it in a couple of my students said but that takes away from the entire experience.”