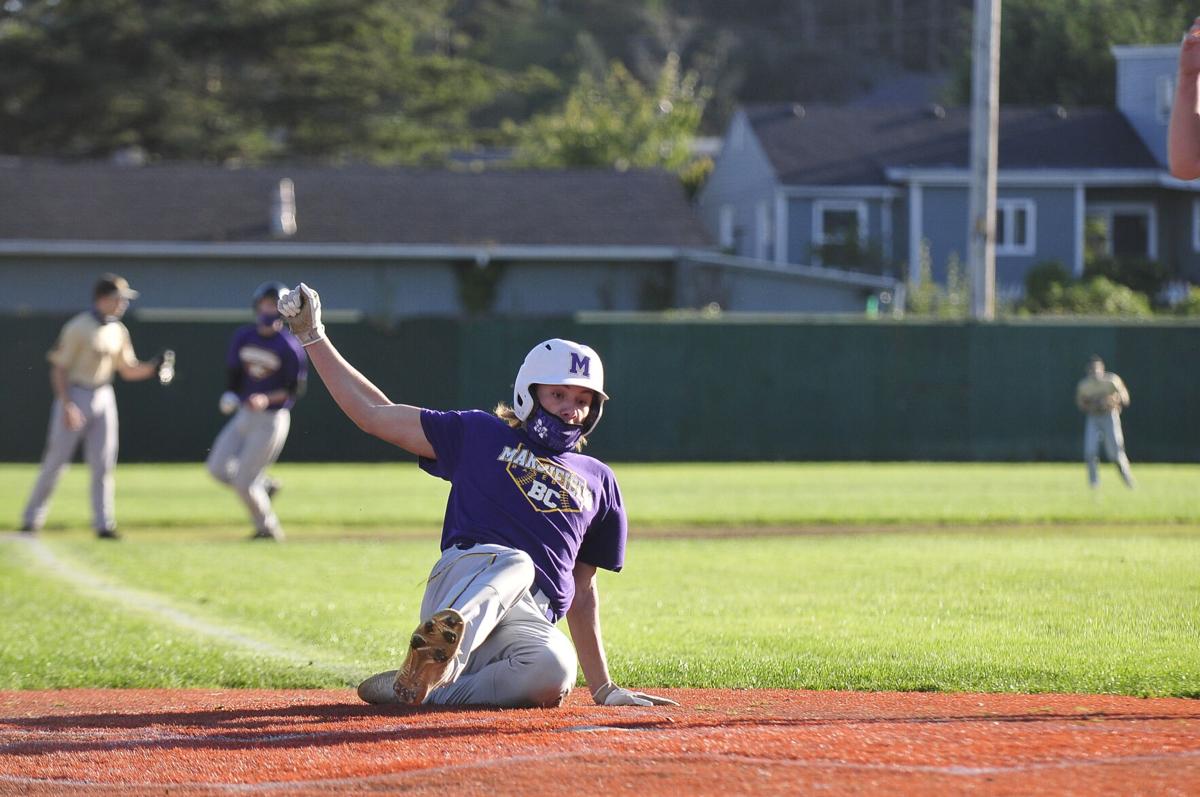 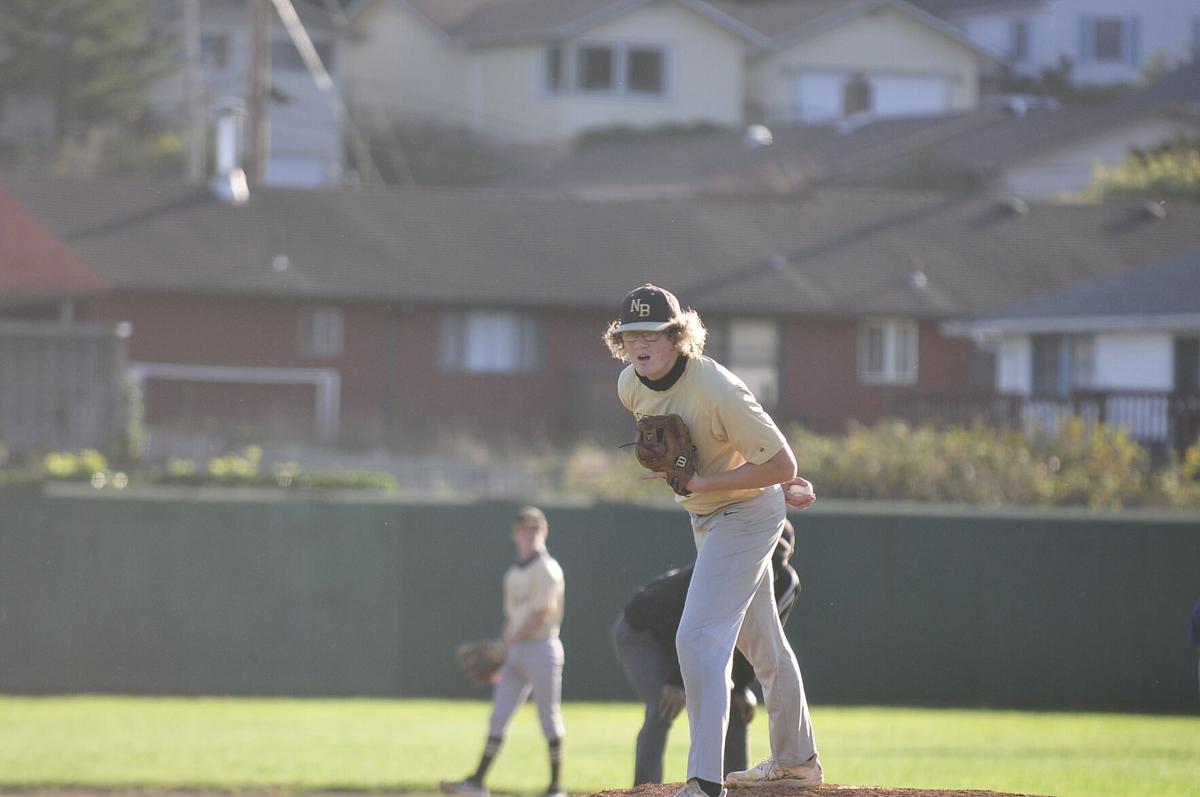 North Bend pitcher Bridger Holmes looks to the plate for a sign during Tuesday's game against Marshfield.

North Bend pitcher Bridger Holmes looks to the plate for a sign during Tuesday's game against Marshfield.

NORTH BEND — The baseball players from Marshfield and North Bend haven’t seen anybody in the other dugout except their traditional rivals this fall, and they are fine with that.

Just the chance to play in the fall season set up by the two schools has been a great experience since the spring and summer seasons were scrapped due to the coronavirus pandemic.

“It’s nice to come back from no season in the spring,” said Marshfield’s Wyatt Peck after their game on Tuesday this week.

That game, like all the others to that point, ended with Marshfield on top on the scoreboard, courtesy of some timely hitting and the ability to repeatedly get key outs with North Bend runners in scoring position.

“It feels good to beat North Bend for once,” Peck said.

But that’s secondary to just getting a chance to play.

“It’s nice getting everyone back together,” said Marshfield’s Ezra Waterman.

Throw in the nature of the competition and it just makes it better.

“We’re playing a good team,” Waterman said. “Almost every game has been competitive.”

At the start of the series, the pitching dominated. The hitters have caught up some as their timing has returned.

“The more pitches we see, the more we’re hitting,” said North Bend’s Bridger Holmes, who just missed a home run Tuesday when his ball soared just left of the foul pole as it went over the fence. “We’re getting better.”

That’s the general consensus for both teams, and particularly important given that they missed out on the regular seasons.

He can put himself in that category. North Bend coach Brad Horning put Anderson behind the plate for Tuesday’s game to take a look at him as catcher in case he wants to use him there next spring.

The games aren’t like normal ones because there aren’t any fans except people helping out with game management.

“It’s nice not having fans,” he said. “It’s almost like sandlot games.”

That feeling brings back the pure joy of baseball.

Even if it’s the same foe every game out.

“We’re way more excited than sick (of playing Marshfield),” Holmes said. “They’re most of your friends out there having fun competing.”

Though North Bend and Marshfield have been fielding separate American Legion teams the past few years, they all played together on mixed teams in Babe Ruth before reaching the high school.

The series continues through this week before Marshfield and North Bend transfer from the October schedule of baseball, softball, outdoor volleyball and track and field to boys and girls soccer, seven-on-seven football and basketball skills competitions.