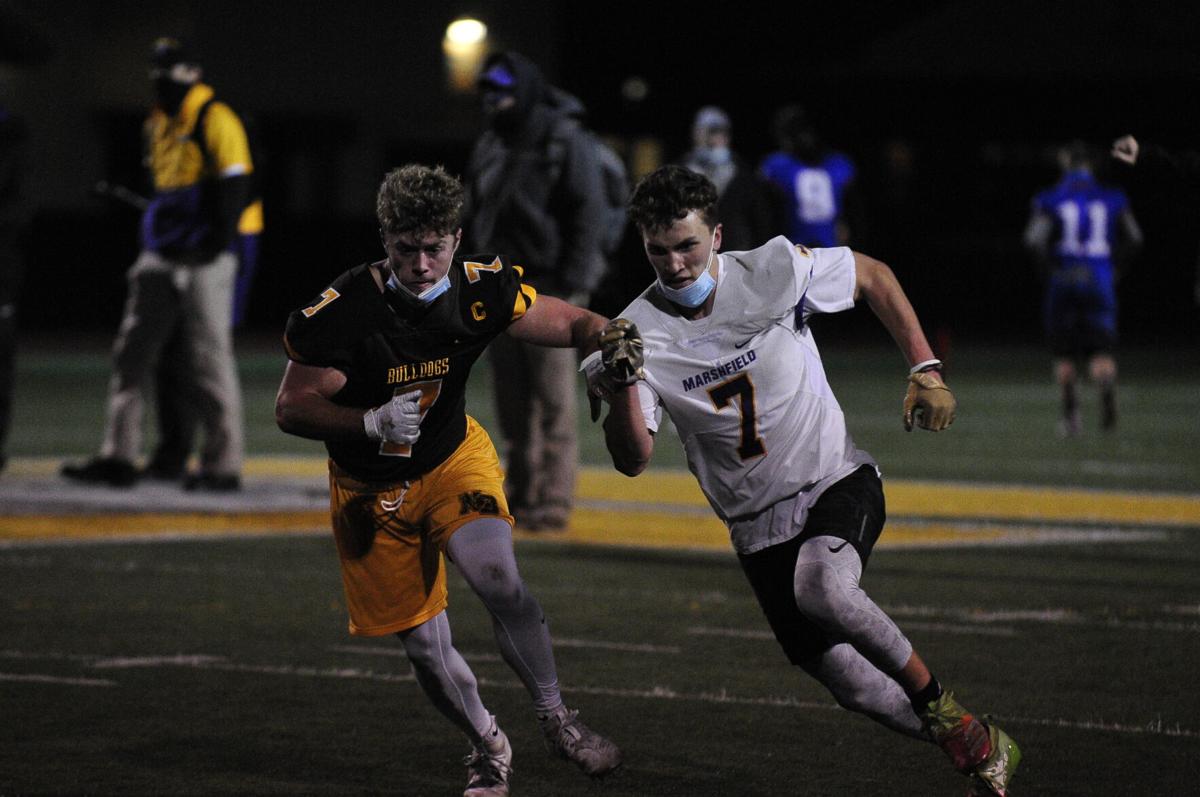 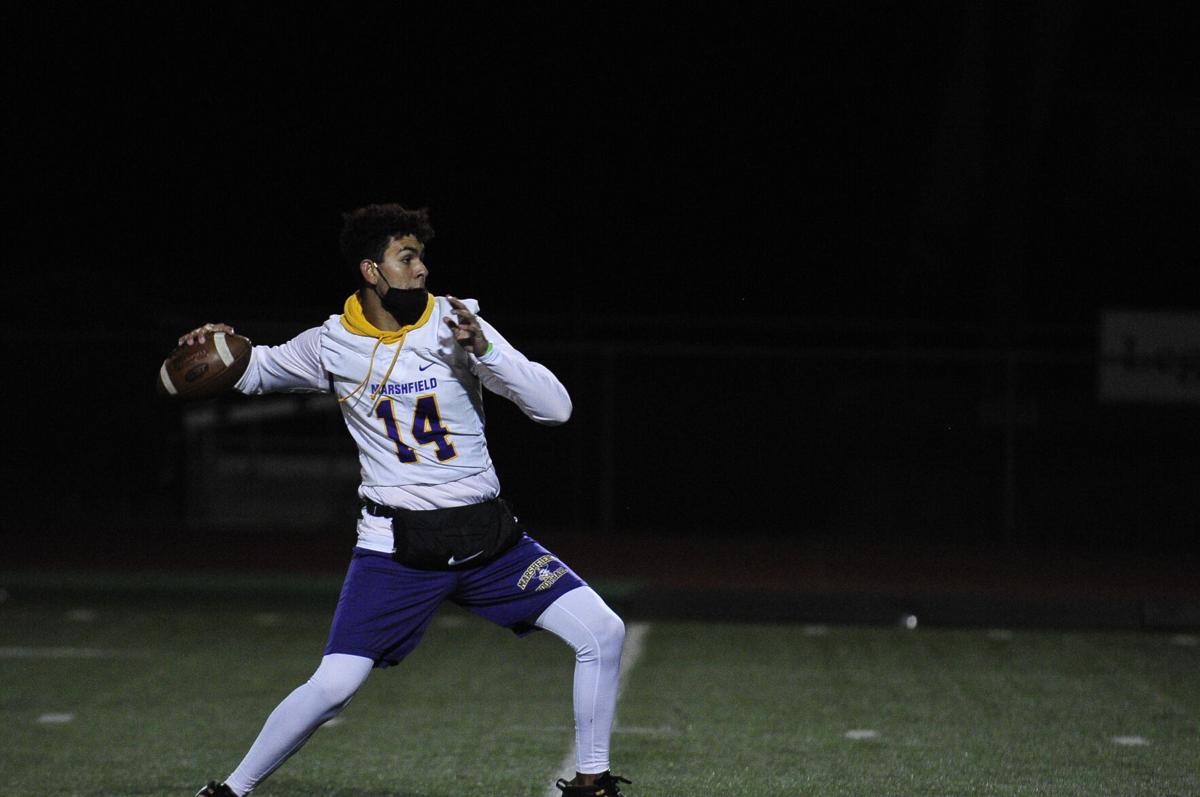 Marshfield's Dom Montiel fires a pass during a seven-on-seven jamboree on Nov. 12. 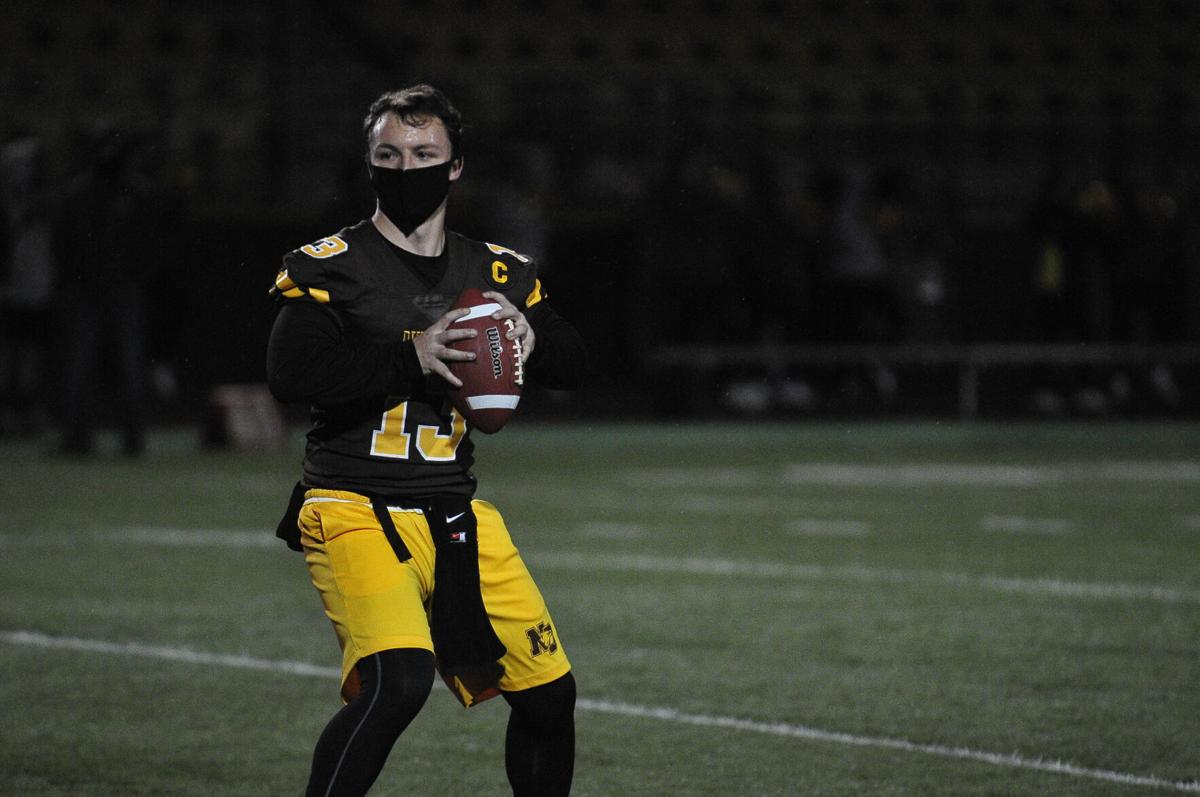 North Bend quarterback Coleman Compton looks for a receiver during the seven-on-seven jamboree on Nov. 12.

Marshfield's Dom Montiel fires a pass during a seven-on-seven jamboree on Nov. 12.

North Bend quarterback Coleman Compton looks for a receiver during the seven-on-seven jamboree on Nov. 12.

NORTH BEND — The format for seven-on-seven football is great for quarterbacks and receivers, since every play is a pass.

It’s also good for the players tasked with defending the receivers, Marshfield’s Ezra Waterman said after the second night of jamboree-style games Thursday in North Bend.

“Our secondary has a lot of reps in,” he said.

The format favors the offense in the sense that there is no line and no pass rush, so the quarterback has a direct look at where he can throw the ball. But he only has four seconds to get a pass off and the defense has an advantage in numbers.

So is it more important for the offense or defense?

The defense gets repetitions. The offense gets to refine its routes.

“You just work on everything,” he said.

And on scrimmage nights all that work in practice is tested.

“You can do all that stuff in practice, but the competition is good to have,” Waterman said.

“You can see the improvement,” he said. “Our receivers were having better timing. They are making some good plays. They made me look good a few times tonight.”

Compton has played a lot of seven-on-seven with Marshfield players over the years, but North Bend hasn’t done seven-on-seven as a team much in the past since the regular offense is not passing-dominated.

This fall season might even encouraged the Bulldogs to add more passing to the offense.

Even if the Bulldogs don’t change the playbook much, the next few weeks will help a lot, he said.

“Coming together and getting to do things — it’s going to help,” Compton said.

A number of the players on both Marshfield’s and North Bend’s clubs came right from the fall baseball season to the seven-on-seven season. Waterman said that was no problem.

“Since third or fourth grade, we’ve transferred straight from baseball to football,” he said.

It just usually happens during the summer instead of the middle of the fall, when the two schools transitioned from their first fall season of baseball, softball, track and field and outdoor volleyball to seven-on-seven, boys and girls soccer, and basketball skills competitions.

The Oregon School Activities Association pushed the entire sports year into 2021, with the fall sports scheduled to start late spring, after the winter season.

There’s no guarantee that will happen.

Compton is just grateful the players get the chance to be on the field.

“You can’t think about the what-ifs,” he said. “You’ve got to be thankful for what we have.”