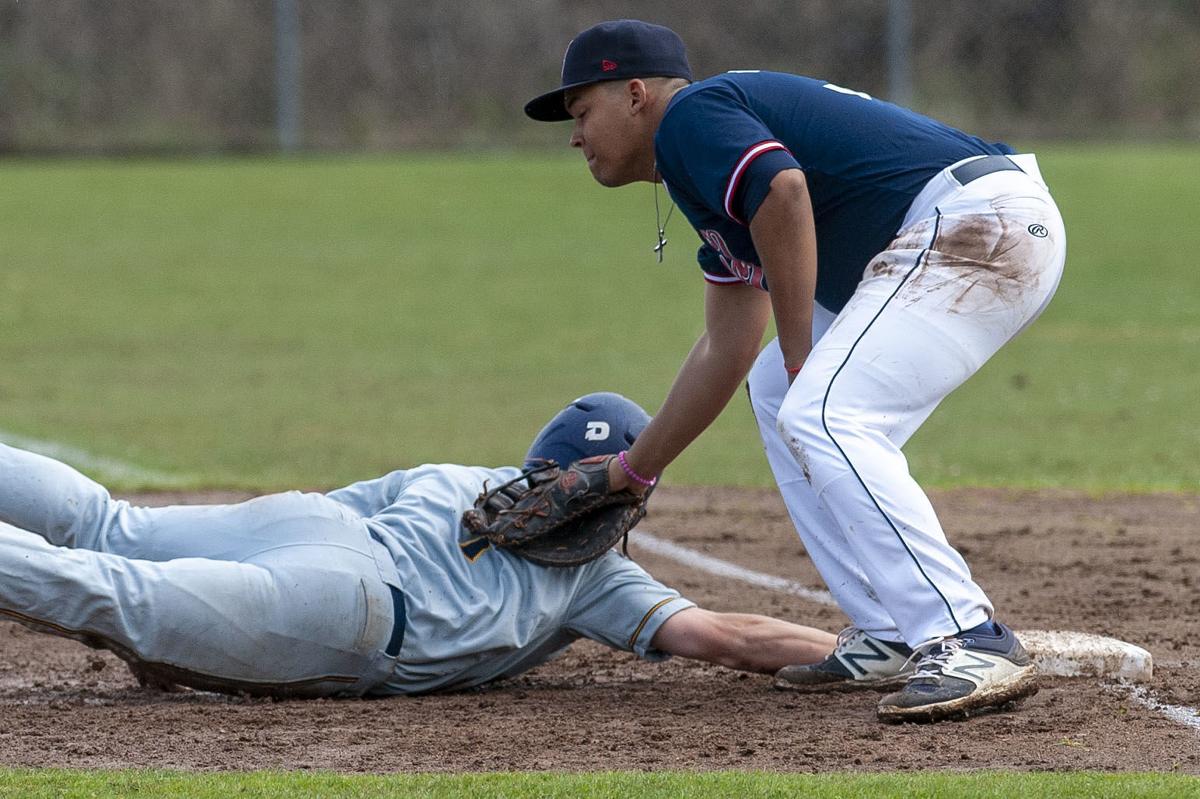 Southwestern Oregon Community College's Jordan Crawford puts a tag on Linn-Benton's Trey Hageman in a pick-off move during the first game of a doubleheader at SWOCC last spring. Crawford is one of several sophomores who were looking forward to big seasons for the Lakers this spring. 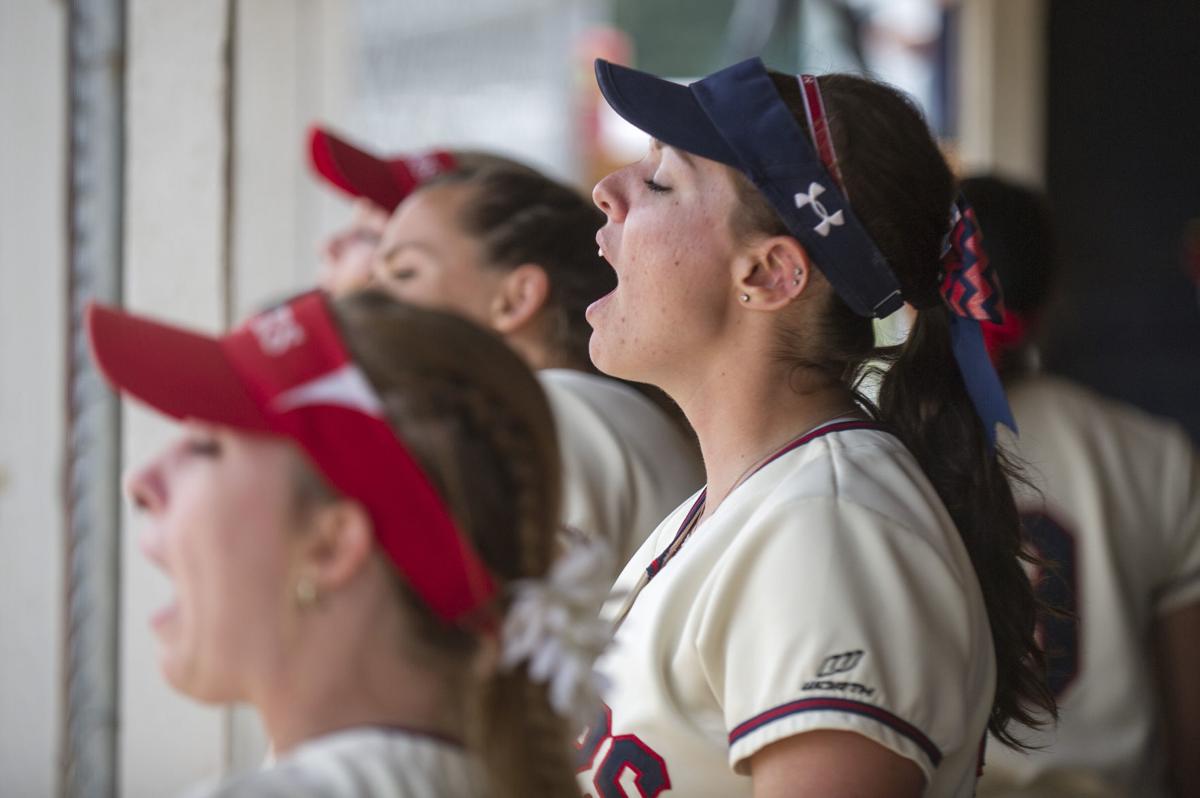 The Southwestern Oregon Community College softball players cheer on their teammates during a 2018 game against Centralia. The softball season officially ended Tuesday when NWAC canceled all spring sports.

The spring sports season is over for all Southwestern Oregon Community College athletes almost before it began.

In what SWOCC baseball coach David Deutschman described as a “gut-wrenching,” the Northwest Athletic Conference canceled all spring sports events and championships Tuesday.

The Southwestern Oregon Community College softball players cheer on their teammates during a 2018 game against Centralia. The softball season …

“I really feel for our guys,” Deutschman said. “They have put forth the effort to have probably the best team in SWOCC history and it’s taken away beyond anyone’s control.”

NWAC’s decision followed similar actions by the NCAA and conferences at other levels of college sports.

“This is a decision that we do not take lightly, but in consultation with the NWAC Executive Board, member colleges and other conferences, NWAC believes it makes the most sense,” read a statement on the NWAC web page. “It is our desire to do our part to limit the spread of the COVID-19 virus in the interest of the health and well-being of our student-athletes, school personnel, and our fans.”

For SWOCC, spring sports include men’s and women’s golf and track and field, baseball and softball.

As part of its announcement, NWAC said students who compete in spring sports would not lose a year of eligibility after having their seasons prematurely ended.

SWOCC’s baseball and softball teams were off to strong starts to their year.

The baseball team won eight of its first 12 games, giving it the second most wins in the South Region (Chemeketa was 9-3) in the early preseason.

Jonah Hurney was among three pitchers in all of NWAC with three wins on the season and was tied for the NWAC lead with 27 strikeouts.

Javier Jauregui was tied for the lead with two saves.

Chandler Stocking had 16 runs while Dakari Armendariz led the team with 16 hits. Among regulars in the lineup, Jesse Fuentes had a team-best .361 batting average, while Fripp and Jordan Crawford were batting .319.

As a team, the Lakers were second in NWAC in runs scored and led the conference in home runs as a team with 12.

The pitching staff was tied for second with 118 strikeouts.

“There’s a lot of uncertainty right now,” Deutschman said. “I met with them a couple of times now, just to make sure they are OK, focusing on what’s in front of them, not what’s already been done.

“We teach a lot about adversity in our program and how to overcome it. This is going to be a big test for them. How can they turn a negative into a positive.”

The coach said he told his players to live their lives as if there are no guarantees and to not take things for granted.

“These guys will get through this,” he said. “If anything, they are going to grow closer.

“This is a special group of guys working to become young men.”

Like the baseball squad, the softball team was off to a winning start, with a 12-4 record, including a 1-1 mark in league play from a doubleheader split with Lower Columbia the day before NWAC initially suspended spring sports.

Tanner Higgins was tied for the NWAC lead with seven home runs and Rheanna Russo and Brittany Bye were just behind with six each.

Russo was second in stolen bases with 13.

On the mound, Smokey led NWAC with 36 strikeouts and Alyssa Jimenez had 33.

The golf team had competed in one spring tournament, against four-year schools in the Oregon Tech Spring Invite.

The men finished eighth behind seven four-year schools with a two-day total of 648 (Victoria, British Columbia, won with a score of 601).

The women did not have a complete team, with just Giselle Hernandez and Keely Michel competing. They finished outside the top 20 and their final scores were not available.

With the Southwestern Oregon Community College men wrestling at the NJCAA Wrestling Championships earlier this month the tournament consisted of ups, downs and some All-Americans.