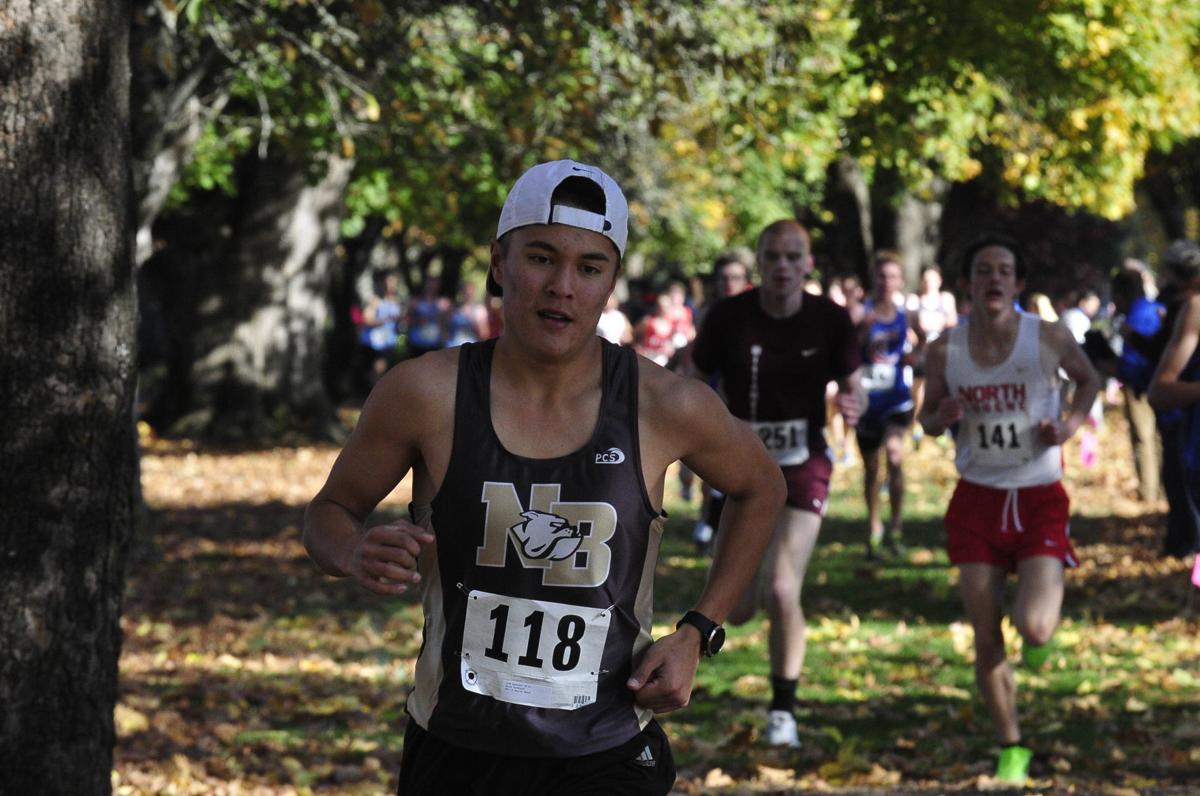 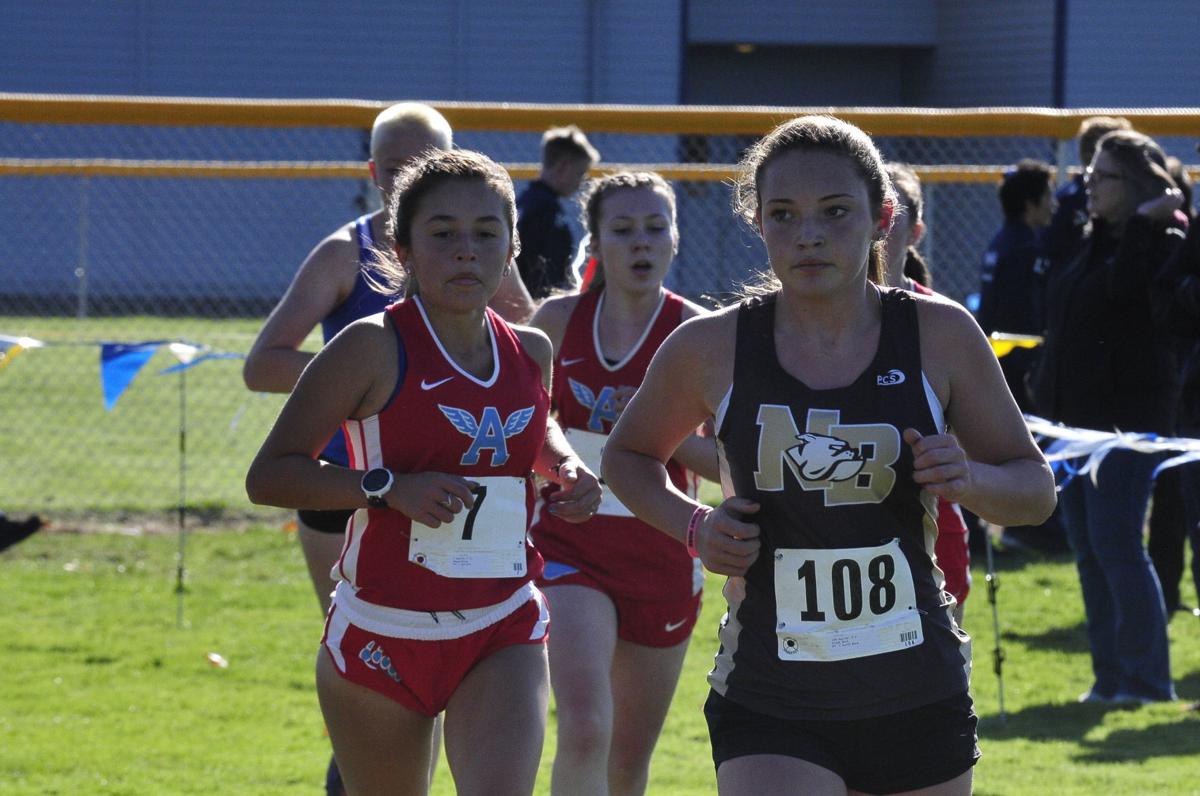 Freshman Sara Slade was North Bend's second finisher in the district meet at Springfield on Wednesday.

SPRINGFIELD — Heading into the Midwestern League district cross country meet, North Bend coach David Bailey preached the importance of finishing strong, with every place a Bulldog could move up being vital in the chances for the boys and girls to advance to the state meet.

The squad took him to heart Wednesday at Springfield High School — especially Zachary Holt and Madison Trenner — and it made the difference as both squads placed fourth, barely securing spots in the state meet on Nov. 9 at Lane Community College.

Freshman Sara Slade was North Bend's second finisher in the district meet at Springfield on Wednesday.

“This is so exciting,” Bailey said. “I live for this opportunity. To be able to accomplish it (is great).”

The top four boys and girls teams advanced to the Class 5A state meet and North Bend had little margin for error. The girls beat Springfield and Thurston by two points for fourth place and the boys beat Thurston by three points.

“It’s neat both teams were in the same spot,” Bailey said. “I told them one or two places could do it.”

The girls were up first, and North Bend beat Springfield by having its second, fourth and fifth runners ahead of their counterparts for the Millers — the top five runners score for each team. The Bulldogs’ edge over Thurston came in North Bend’s fifth runner being ahead of both the fourth- and fifth-place runners from the Colts.

North Bend was able to advance even though the Bulldogs’ top runner, Celeste Sinko, finished 11th.

Sinko, who was happy with her time of 20 minutes and 42 seconds immediately praised her teammates.

“They did so good today. They all just delivered."

Trenner, in particular, had a great race, finishing third for the Bulldogs after regular being the team’s fifth runner during the season.

“I thought it was a really great race,” she said. "I thought I really gave it my all.”

Trenner, a junior, is a first-time cross country runner this season after playing soccer in the past. She has fallen in love with the sport.

So are the Bulldogs, who now have another race to look forward to.

The boys also get to race again, with the key contributor probably being Holt, who passed three runners in the final stretch on the track to move up to 15th place.

“I knew we were in a fight for that fourth spot,” he said. “I was doing it for the team.”

North Bend’s top runner, freshman Alex Garcia-Silver, also passed a bunch of runners in the later stages of the race, moving up from several spots outside the top 10 to sixth place, a fraction of a second behind Crater’s Gage Reed and just in front of Crater’s Matthew Schenk.

“I wasn’t expecting the finish I had,” said Garcia-Silver, who has been battling an Achilles tendon issue. “I was hoping my team would qualify. I slowly picked off people. The second mile was a huge power surge.”

Garcia-Silver finished in 16:17. Holt crossed the line in 17:18. Their high finishes were important since North Bend’s next runner, Johnny Flanagan, was 29th (18:30), a few strides in front of teammate Ian Nolan (18:34). Trenton Parrott, North Bend’s fifth runner, was 35th (18:50), behind Thurston’s seventh runner. The Colts, though, couldn’t counter North Bend’s 1-2 punch, and the other runners finished just high enough.

“I think we did the best we could,” Holt said. “All of our boys did their best.”

Ashland and Crater dominated the team race, with Ashland scoring 23 points and Crater 47. They both had five of the top 14 finishers.

Crater had all seven of its runners in the top 13 and scored 28 points. Ashland edged Churchill by one point, 78-79 for second place. North Bend finished at 111 and Springfield and Thurston at 113.

Both North Bend teams are relatively young and inexperienced, which made Wednesday’s accomplishment even better. The outcome was somewhat unimaginable at the start of the season, Bailey’s first as coach.

“I thought we had a chance,” he said. “Little by little, we got closer and closer.”

Holt, Flanagan, Parrott and Qadir for the boys and Slade, Trenner and Bell for the girls all ran personal bests Wednesday, lifting the Bulldogs to their coveted state berths.

Marshfield volleyball team improves throughout season to reach the playoffs