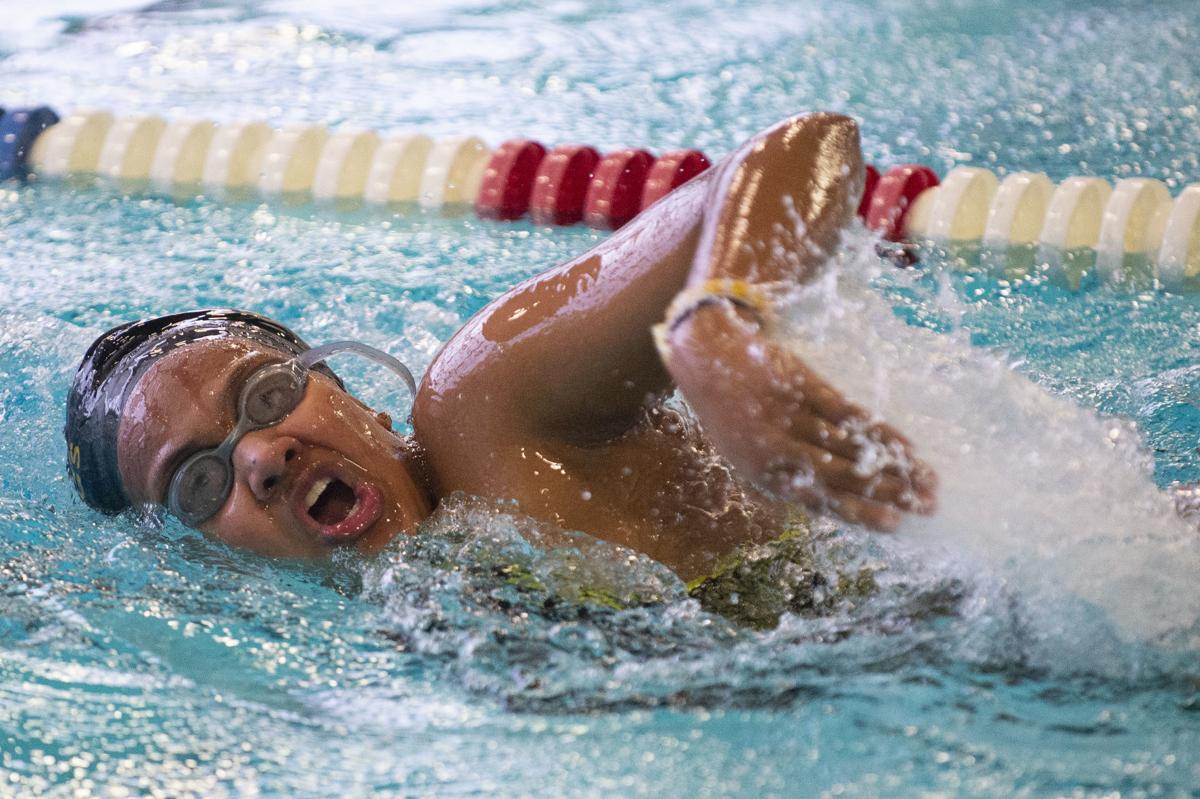 North Bend's Lauren Jones competes Friday in the 500-yard freestyle event during a four-way meet at the North Bend Municipal Pool. Jones was one of several seniors honored during their final home meet. 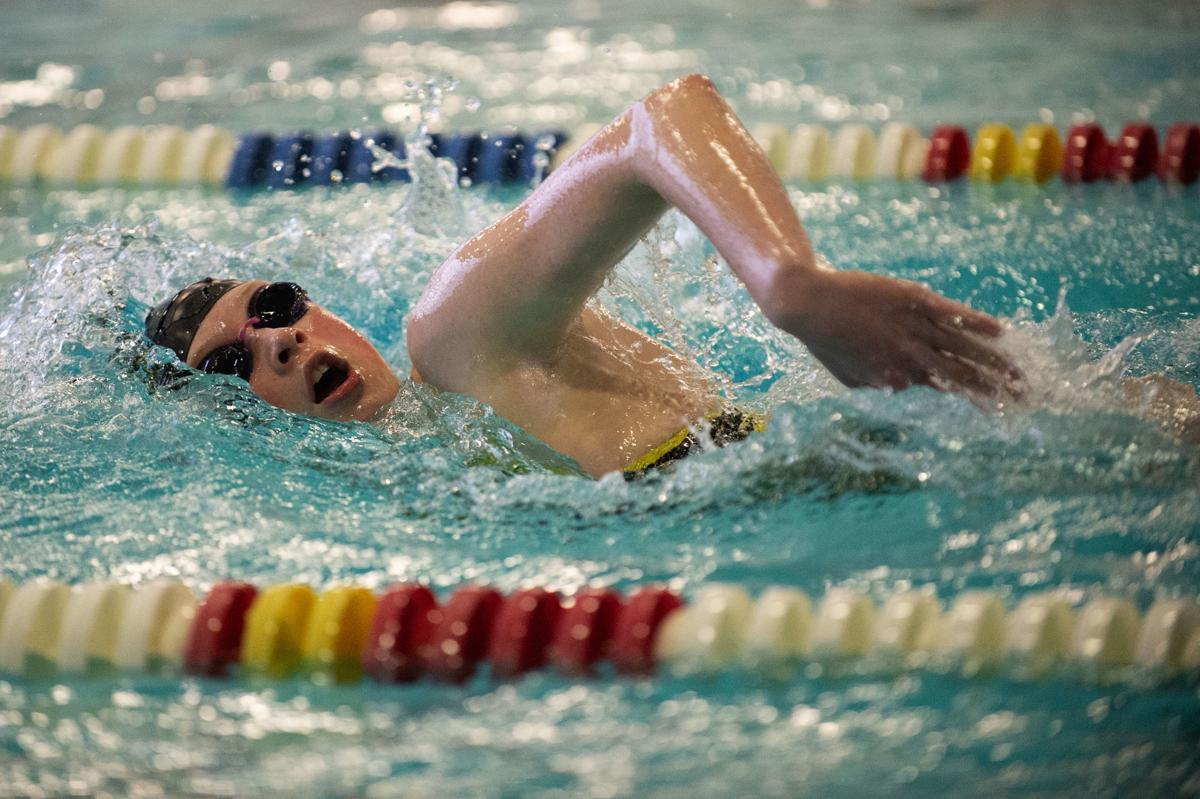 NORTH BEND — On senior night at the North Bend Municipal Swimming Pool, the Bulldogs took care of business in the final home meet of the season. Hosting Churchill, Ashland and Crater, it was the North Bend boys and girls both recording meet wins.

The boys took first with 574 points while Churchill finished second at 505. It was a similar result on the girls’ side as the Bulldogs had 573 points and the Lancers were second at 527.

“I love them. I just love them,” said North Bend head coach Bruce Rasmussen of his class of 2020 swimmers. “They’re just a great group of kids. They really are. We’re going to miss them.”

One senior who was leading the way for the Bulldogs was Craig Hoefs. Recovering from a recent illness, Hoefs didn’t seem to miss a beat on Friday.

“I’ve been out for like two weeks with a breathing problem,” said Hoefs. “I (set a personal record) in the 200 free which, with having no conditioning in the past two weeks and not being able to breathe for that two weeks, that’s pretty nice.”

Hoefs finished third in the race but went on to help the team to three first-place finishes. He won the 100 breaststroke; was on the winning 200-yard medley relay team with Mavrick Macalino, Tucker Hood and Adam Wood; and helped claim the 400 freestyle relay along with Macalino, Wood and Divenson Willis.

Individually North Bend also scored wins with a victory from Macalino in the 50 freestyle and Hood in the 100 butterfly. The Bulldogs also won the 200 freestyle relay led by Tucker Hood, Henry Hood, Ian Wakeling and Willis.

For the North Bend girls, it was a group of four swimmers racking up the wins. It started from the first event when Natalie Cheal, Makenna Roberts, Bella Jones and Rebecca Witharm took first in the 200 medley relay. That group also took first in the 400 freestyle relay to end the meet.

Between those two races, Jones took first in the 200 freestyle and the 100 butterfly while Cheal won the 200 individual medley and Witharm was victorious in the 50 freestyle.

“I think the team is doing really well,” said Jones. “I don’t think I’m doing as well as I would like but it’s not state yet.”

As the Bulldogs look ahead to the Midwestern League district meet on Feb. 14 and 15 in Springfield, Rasmussen is excited about what his team can accomplish.

“We have people dropping (times). Personal records all over the place and from the kids we need them from,” he said. “It’s huge. And we haven’t even tapered yet.”

North Bend has one final tune-up before the district meet with a dual at Cottage Grove next Friday.

The Boys & Girls Club of Southwestern Oregon is now accepting registrations for the spring soccer and track and field programs.