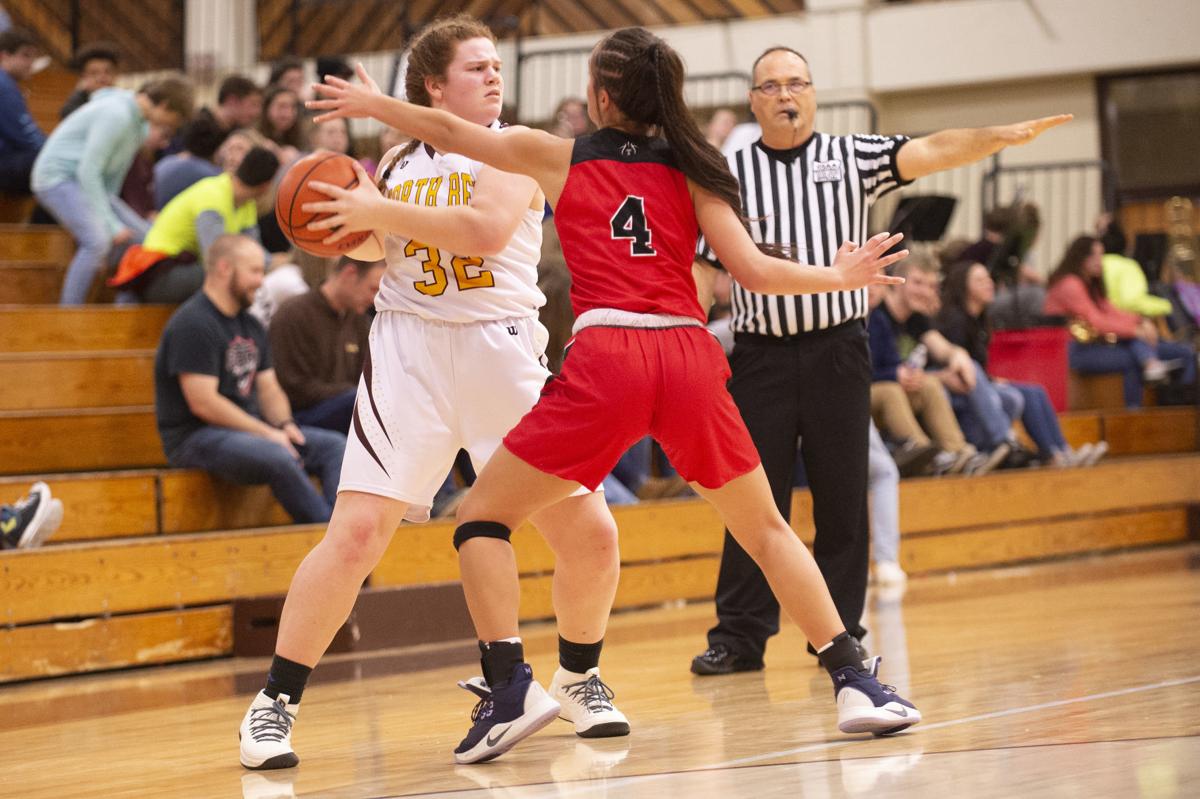 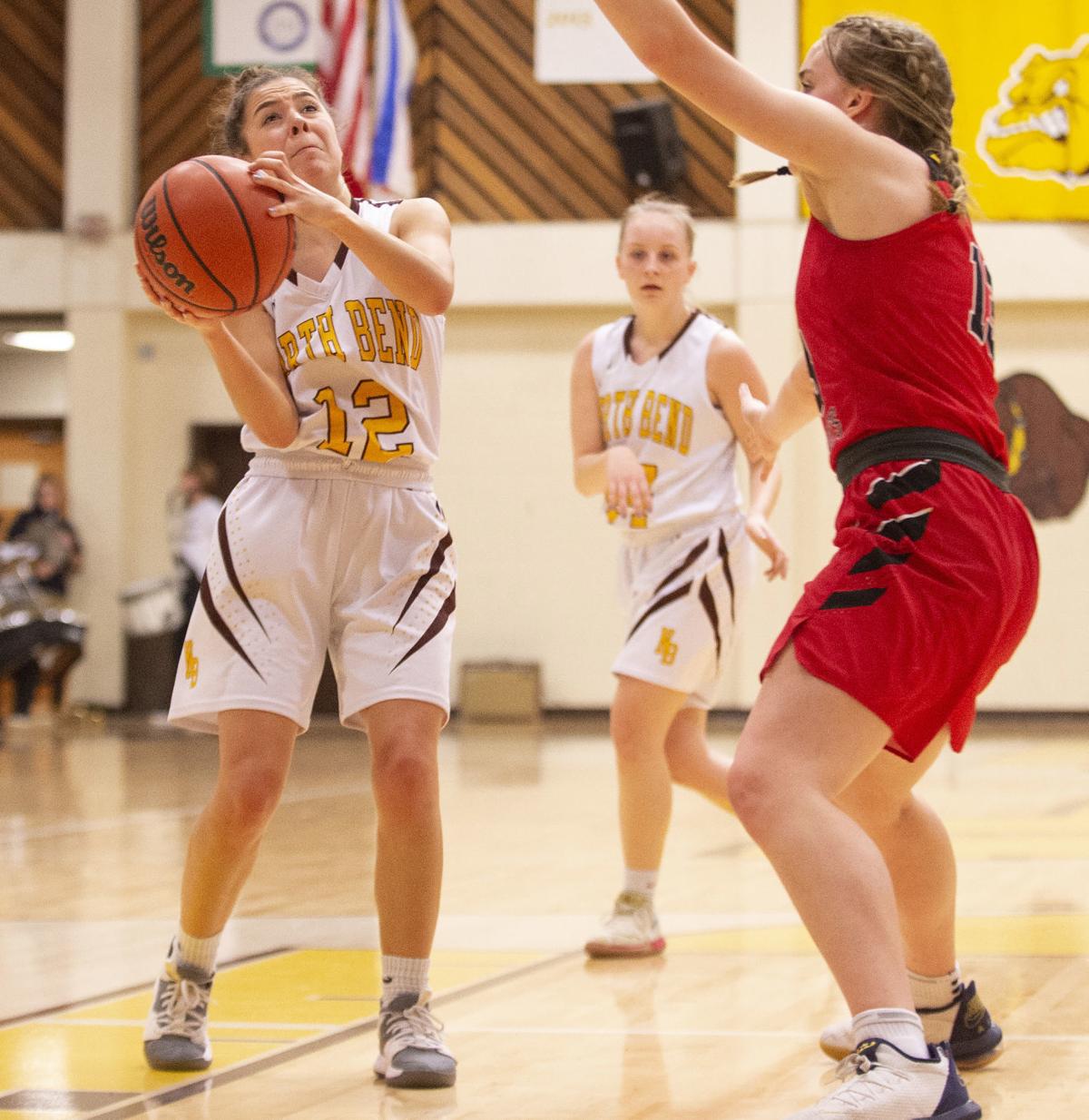 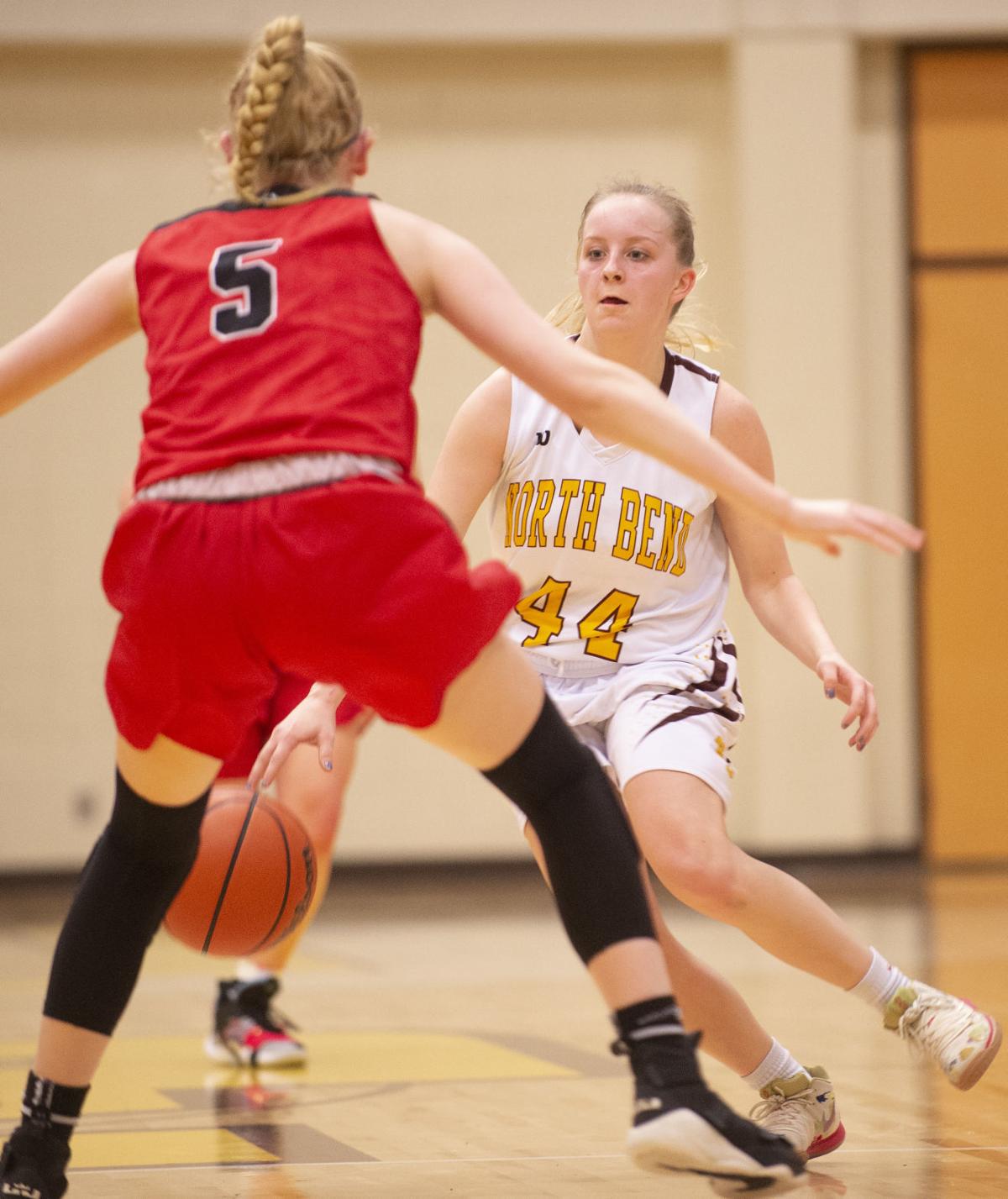 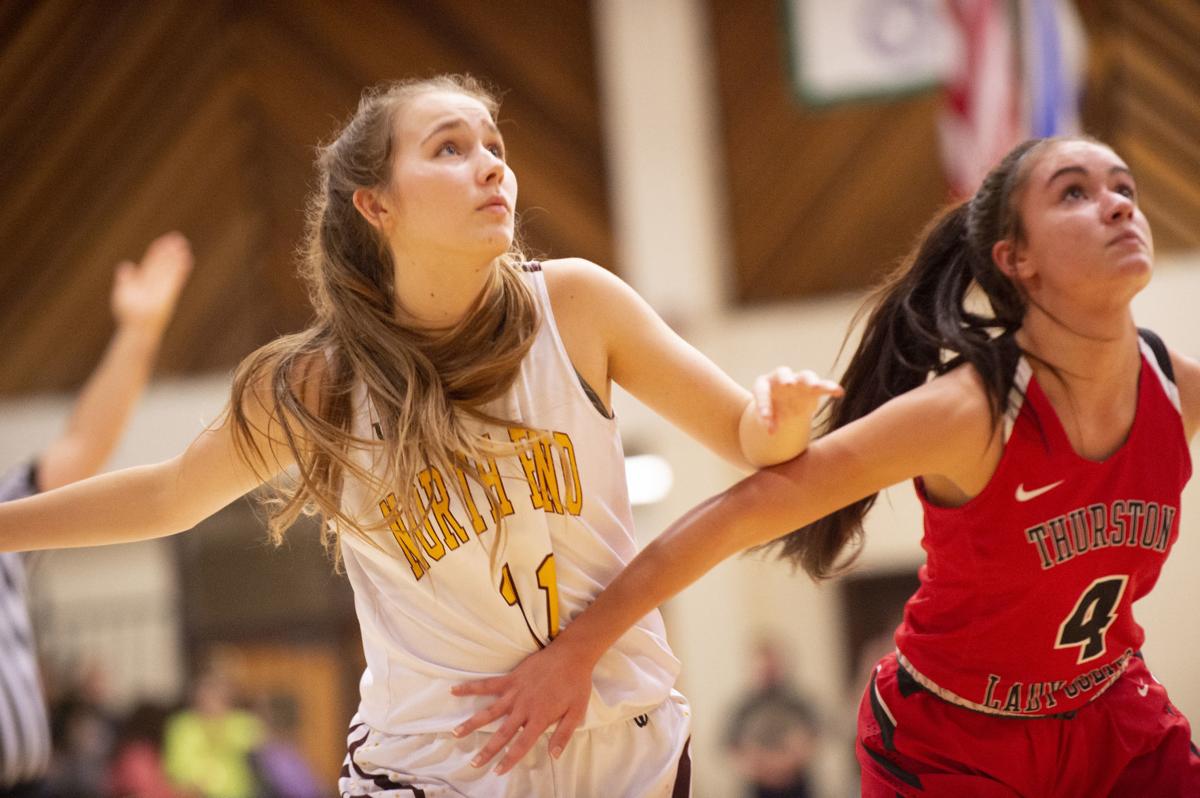 NORTH BEND — The difference a month and a half makes.

On Dec. 16 the North Bend girls suffered a 46-20 loss against Thurston to start the Midwestern League season, but it was a different story when the teams met again on Friday night. The Bulldogs kicked off the second half of league play with a 32-24 win over the Colts to earn their first conference win of the season.

Everyone had their own explanation for the 34-point swing between the two games.

“We had a better attitude and we worked our butts off. We just played like we can compete because we believed we could,” said North Bend’s Katie Holmes, who had 11 points in the win.

“They were much improved defensively. anticipating our passes, being able to get up in passing lanes and come at it,” said Thurston head coach Lisa DeFluri. The Colts shot 21 percent from the field — the Bulldogs finished at 26 percent for the game — and were 3-of-29 on 3-point attempts. Both teams recorded 13 turnovers.

For North Bend head Mike Forrester, he attributed the team’s success with a fast start.

“We’ve struggled a lot offensively all year long. I think Aby (Holling) came out and hit a couple 3s in the first quarter that kind of got us going,” he said.

Holling scored North Bend’s first eight points and gave the Bulldogs an 8-6 advantage. North Bend would not trail for the rest of the game. Holling went on to finish with 11 points.

North Bend led 13-6 after the first quarter, before heading to a slog of a second quarter. Throughout the period the teams combined to shot 1-for-21 from the field. The Colts had the lone field goal — a banked 3 from Lexi Rutledge with just over a minute to play in the half — but the Bulldogs went five-of-eight from the free throw line to take an 18-11 lead to the break.

The Bulldogs finished 10-of-21 from the free throw line while the Colts were 3-of-4 for the game.

“We’ve done a really good job at getting to the line,” said Forrester who noted the team has been shooting 37 percent from the foul line on the season. “I think a part of (getting to the free throw line) is Caitlyn Anderson is really quick and has good lateral movement and gets around people pretty well. She seems to be able to draw fouls and Aby, always just squirrely and kind of feisty and seems to get fouled.”

Defensively the Bulldogs were keyed in on Megan Miller. With Miller picking up early fouls, and eventually fouling out, the Colts moved to the perimeter, where a 3-pointer from Kyle Doolittle to start the fourth quarter made it a 26-19 ballgame.

Thurston’s Rutledge led the Colts with six points while Miller, the only other player on the roster to score two field goals, finished with four points.

North Bend got key buckets late including a lay-up from Holmes to put the Bulldogs up nine in the fourth quarter.

“Katie is just a strong kid that can get to the basket for us. And we don’t have anyone else really that can power their way in like that,” said Forrester.

As North Bend turned the ball over throughout the fourth quarter, the Colts were unable to capitalize and never got within six points.

“The fourth quarter was horrible. We looked like we were scared to death. But we can give them the ball back if they don’t score."

The Bulldogs are back in action next Friday at home against No. 5 ranked Crater.

The Boys & Girls Club of Southwestern Oregon is now accepting registrations for the spring soccer and track and field programs.