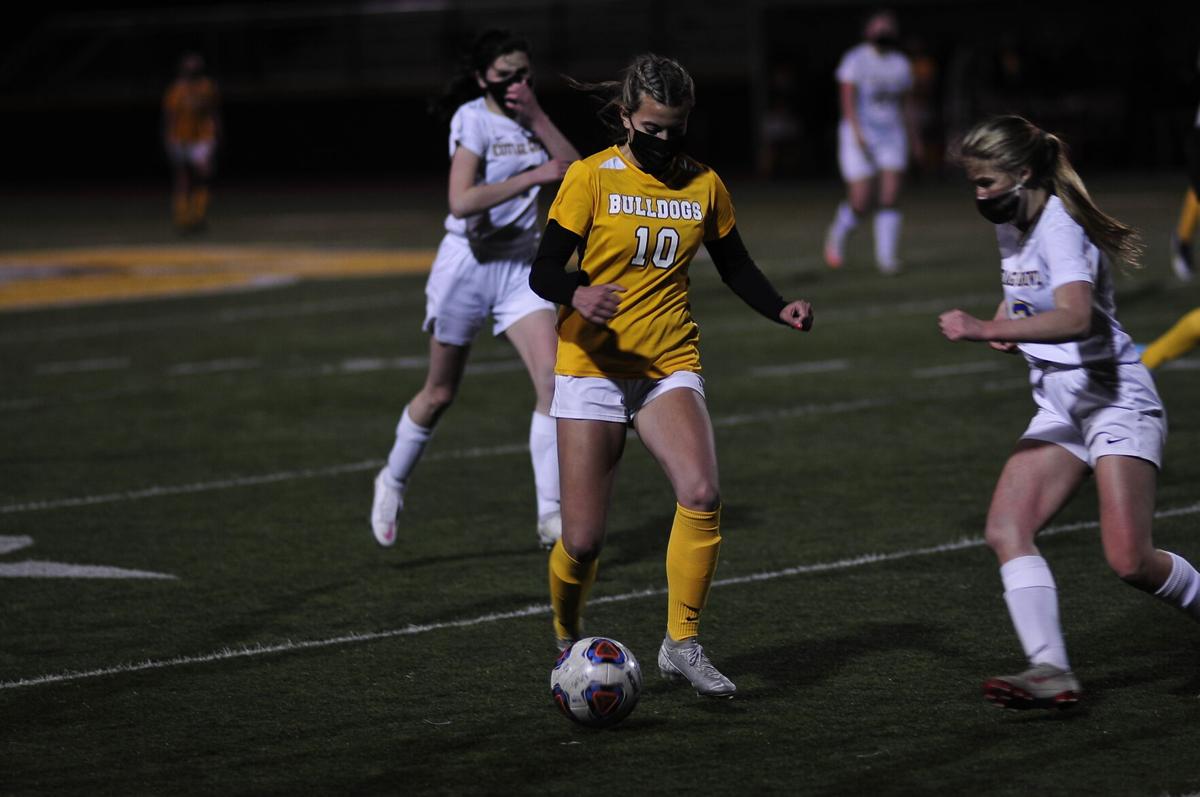 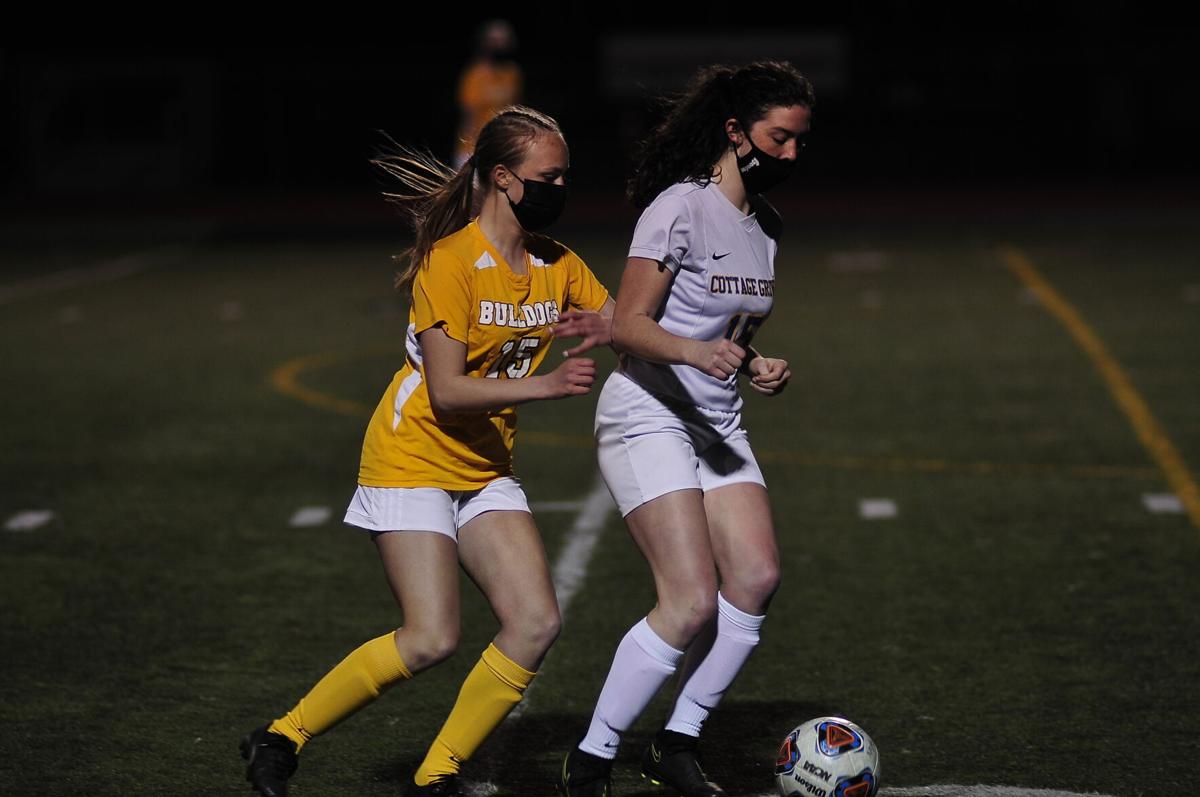 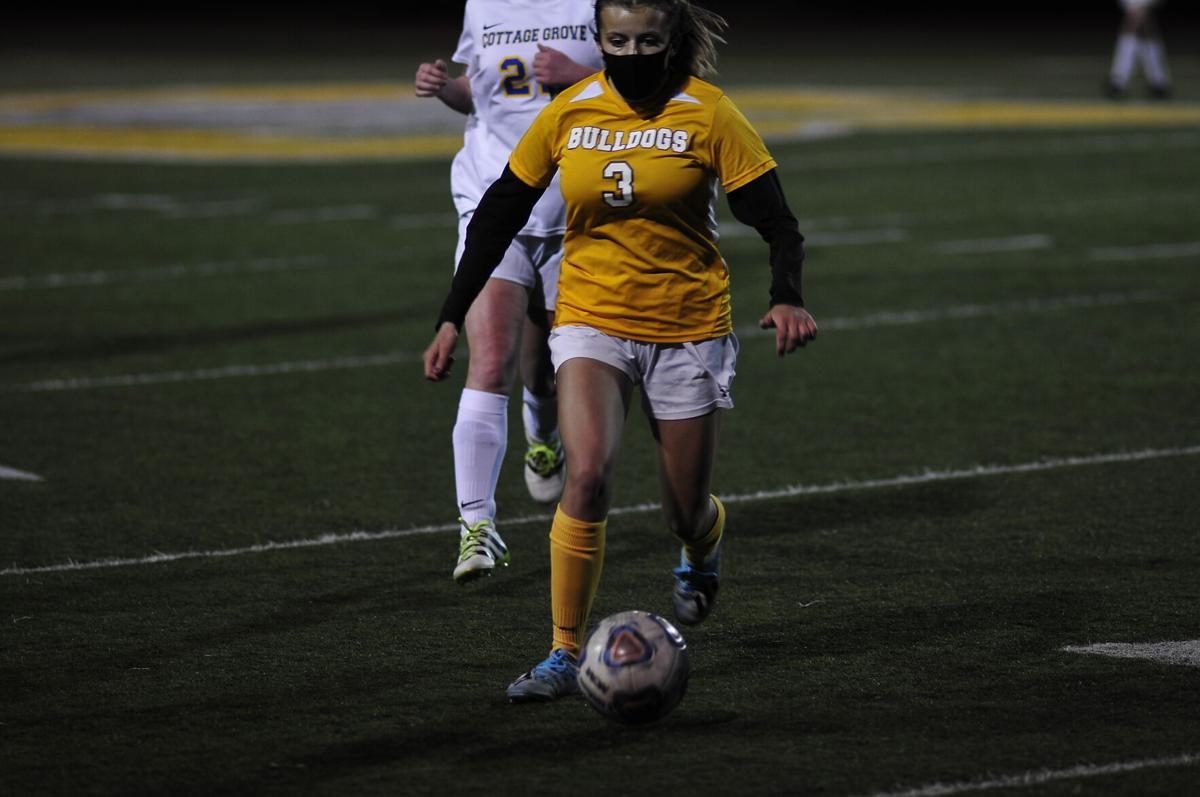 And it was quite a senior night, with the Bulldogs boasting eight seniors, most of whom have played soccer together since they were young girls.

“Overall, I felt that the emotion we had from it being senior night paid off, especially in the first half,” said Liz Mahr, one of the seniors. “It was definitely a highlight.”

That’s when the Bulldogs got their goals, all by seniors.

North Bend’s other seniors include Kristina Powley, Rylee Matthews, Natalie Cheal and Bella Jones, who is recovering from an injury suffered early in the season.

The Bulldogs had a number of other shots that were near misses, but the defense kept the Lions off the scoreboard as North Bend improved to 5-2-1 on the season heading into the final scheduled game Saturday at Thurston.

North Bend coach Tony Picatti said it wasn’t the best match for the Bullodgs, but it was plenty good.

“I think they had a lot of emotions,” he said. “It wasn’t their cleanest game, but they played with a lot of heart.”

Understandably, with so many seniors, there were a lot of emotions.

“It hits home when all of us have grown up together,” Mahr said.

“It was something else,” Matthews said. “I haven’t shed any tears, but that’s because I don’t show emotion in front of other people.

Carter let her emotions get to her, but not until after the match, when Mahr serenated the team with a song she had written for the group.

“I didn’t think I was going to cry,” she said. “Liz did a little song and I busted into tears. It was memories from all our years together.”

Cheal said the emotions got to her most before the match, when an underclassman talked about each of the seniors in turn.

“I had Haley Buskerud,” Cheal said, adding that she was so touched by what the freshman said that she asked for her notes.

“They all did a nice job honoring the seniors,” Cheal said.

The final home match was a great send-off for the seniors.

That could sum up the entire season to date, Cheal said, especially after it was delayed from the fall and there was no guarantee it would even happen.

“It was fun playing with everyone,” she said. “I’m thankful we had a season.”

“I’m happy with the way we played, given the circumstances,” she said. “It was definitely fun.”