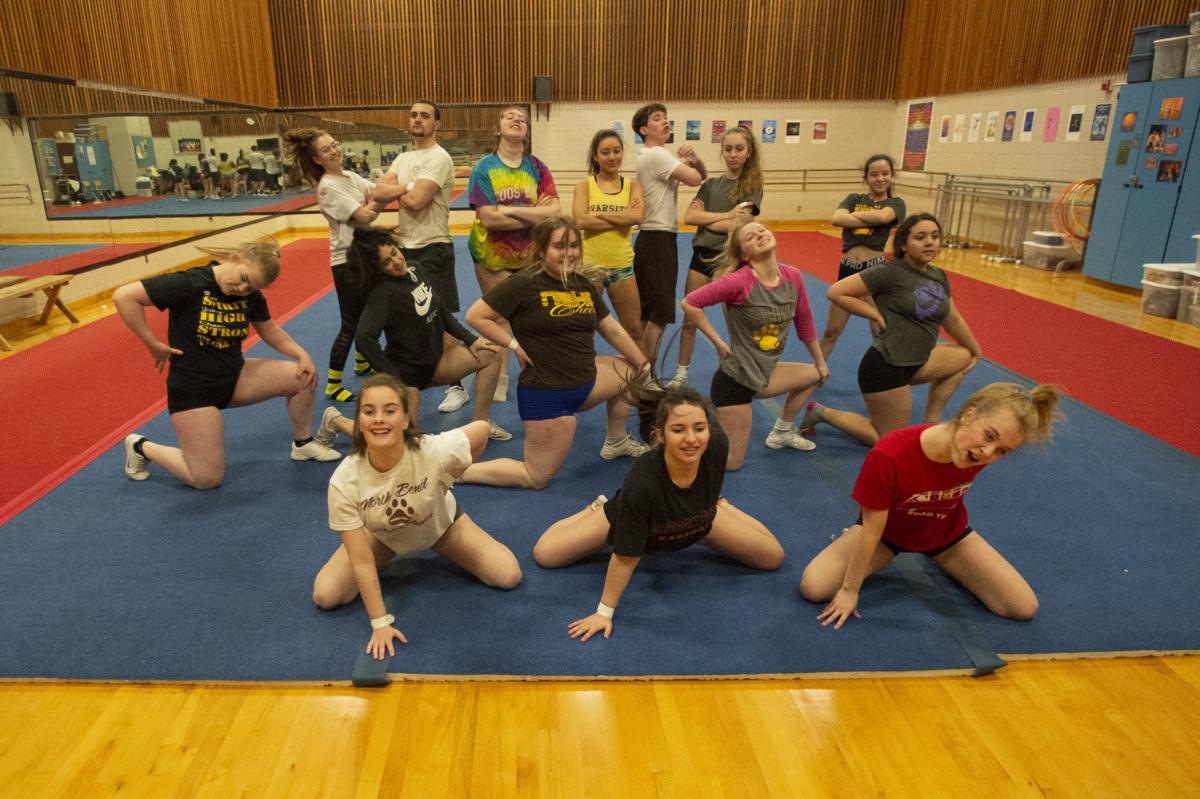 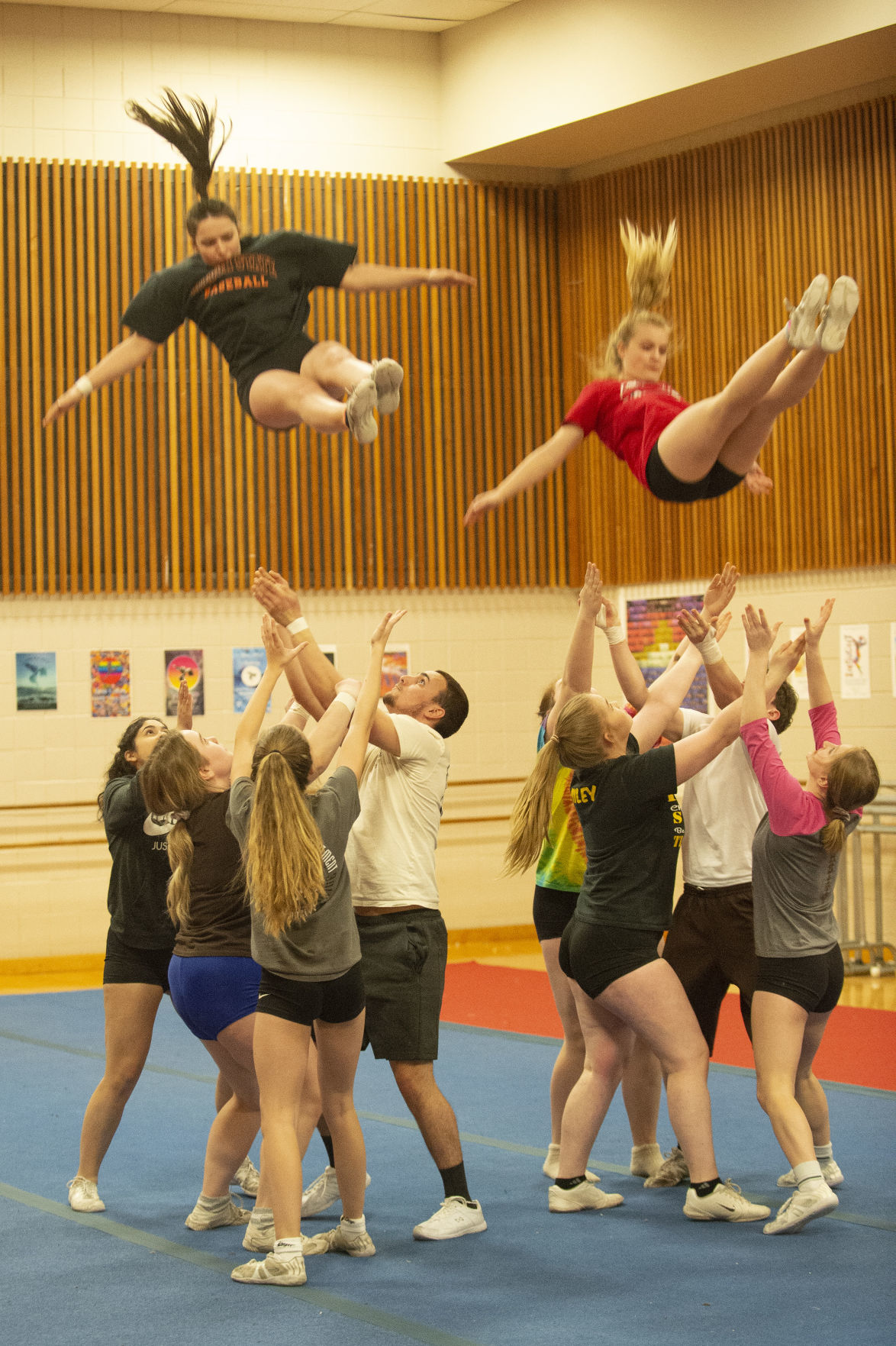 NORTH BEND — The week leading up to Saturday’s state cheer competition is all about preparation.

It includes three-hour practices — in addition to cheering at basketball games — and going over each and every detail again and again. And then once more for good measure. There are nerves throughout the North Bend High School cheer room as the team focuses on the only 2 minutes and 30 seconds — the length of each team routine — that ultimately matter for the whole season.

“Stressful. Makes you want to throw up,” said the team’s choreographer Brittany Goll of the week leading up to state. “Very nervous because you don’t want any injuries to happen. Especially state day. It’s very fast pace and you have no time to think about anything.”

But that’s not the only thing the Bulldogs are looking forward to for this weekend.

“I have to be completely honest, we’re going to dinner at the Spaghetti Factory and that’s what I’m super excited for,” said Gracie LeBlanc, one of the captains on the team.

LeBlanc, along with fellow captain Faith Stephens, is one of two cheerleaders who entered the season with competitive cheer experience. For the Bulldogs, this season has been about gaining experience. Nine of the 15 members of the team are sophomores so for Stephens, a key to this year has been getting everyone on the same page.

“Some of these people have never done anything like this. So to just see everybody come together from so many different areas and come together for one goal is just really cool,” she said.

This ragtag North Bend group makes up the coed small team that will be competing Saturday at Veterans Memorial Coliseum in Portland. The Bulldogs have competed at two competitions throughout the season in the run-up to state.

Earlier in the year the team was competing in the large coed division but the Bulldogs are back down to the small coed division. This placing is based on number of males on the team. If a team has one or two males, they are in the small division while three or more puts the team in the coed large division.

In 2018, the last time the team competed at state and the first time it had a male on the team, the Bulldogs were in the small coed division.

One of the boys on this year’s squad is senior captain Trenton Dion, who joined cheer for the first time during the fall. Now with an understanding of how competitions work, he is looking forward to Saturday.

It’s a sentiment that’s echoed around the room. It’s the message that coach Lena Franson, who has been in this position for the past 19 years and saw the Bulldogs finish second in state in both 2009 and 2010, drills into her team.

“It would be nice to bring hardware back, but to me for them to come off the mat feeling that they hit their routine and they feel good about it. I don’t care if they place or anything like that, I want them to feel good about what they did,” said Franson.

“That’s how we feel about any competition we go to. As long as they know they hit what they’ve been practicing this whole time and they feel good when they come off the mat. That makes me feel good.”

The Bulldogs are one of 17 teams competing in the coed small division and the squad will take the mat at 4:40 p.m. on Saturday. Tickets to the competition are $15 for adults and $9.50 for students.

It was a sign of what was to come for the rest of the season. Early in the Marshfield competitive cheer season, the Pirates were bit by the injury bug and had to change a routine before hitting the mat.