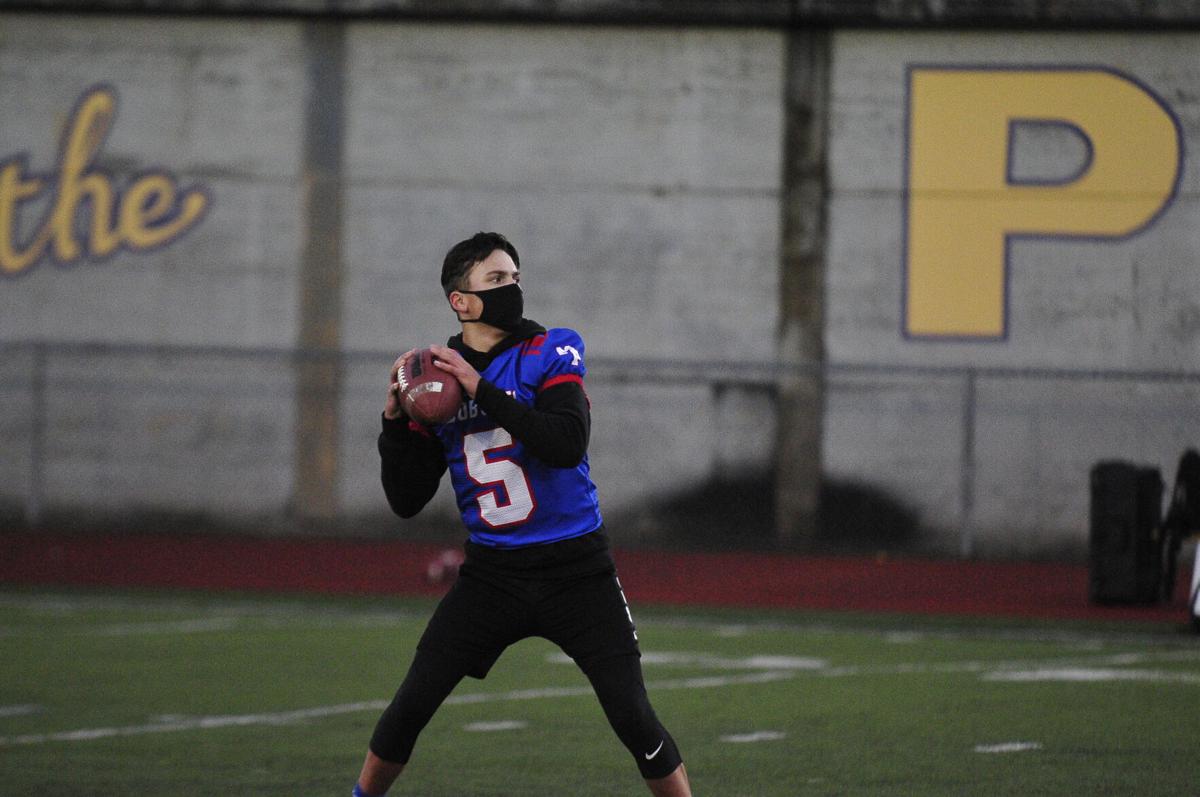 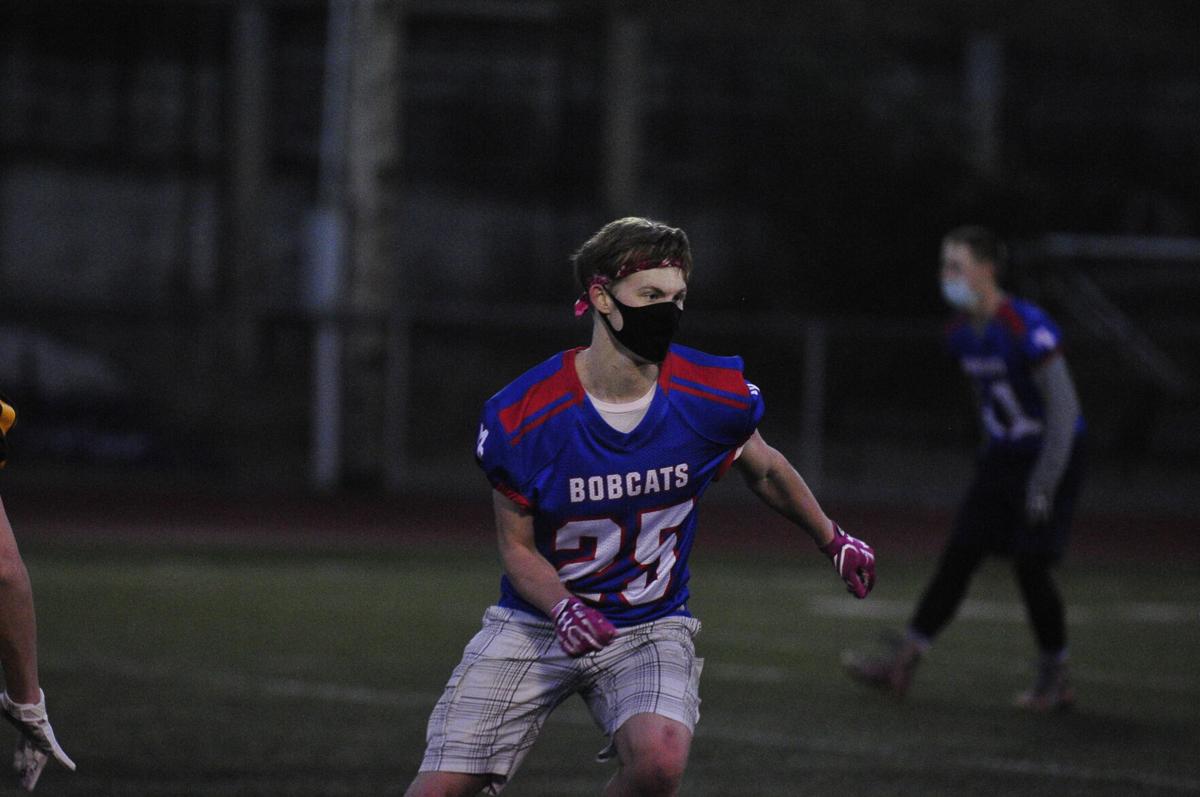 COOS BAY — Nate Little thought there was no chance for football this year.

The Myrtle Point senior’s hopes for any competition dwindled as the COVID-19 pandemic continued.

“It thought it was over with,” Little said.

Then a glimmer of hope.

When the new school started, with distance learning like the spring, Myrtle Point announced a plan for athletes to practice — fall sports on Mondays, winter sports on Tuesdays and spring sports on Wednesdays with conditioning for all athletes the other two days.

Then even more hope — Marshfield and North Bend were planning to spend the later part of the fall playing seven-on-seven against each other, and other schools were invited to join in.

So for the past three weeks, Myrtle Point has lined up against the much larger Bulldogs and Pirates, as well as against Reedsport the first week and Brookings-Harbor the first two (Siuslaw plans to join in next week).

“I’m happy we are doing something,” Little said.

“We’re having a blast,” Miller said.

Granted, the Bobcats have struggled some against Marshfield and North Bend. Factors play into that.

“This is a brand new system we’re learning,” Miller said. “And we (only) practice an hour a week.”

The past couple of seasons, Myrtle Point has played eight-man football and none of the players were familiar with the seven-on-seven game, which is a passing-only style of football.

“We don’t like getting blown out like this. We have some games when we have success. We have a lot of work to do, but they see some good (in what they are doing).”

“It’s helping the receivers run better routes,” quarterback Luke Nicholson said. “I like that you get to pass (but) I definitely miss the run game.”

“I just wish we were playing actual tackle football,” he said. “That’s the way life goes.”

The Bobcats like playing against the Pirates and Bulldogs, though.

“It’s better practice,” he said. “There’s more competition. We don’t have a scout team to go against (in practice.”

The Bobcats have a strong core of veterans, including seven seniors, but also seven freshmen and sophomores.

“There’s some people in the community who have looked forward to this group playing their senior season,” he said. “We have two really dynamic groups this year. We have a JV group that scored on Marshfield’s varsity. That’s a confident group. I’m real excited about our future.”

As the coach, Miller sees the best of both worlds.

“I’m excited about this group of seniors,” he said. “These guys absolutely love it.

“It’s fun watching these guys. I have a lot of confidence in them. And they’re buying in.”

“I think we’ll get better as time goes on,” Little said.

Against Marshfield, Nicholson connected with fellow senior Enrique Camacho on a 40-yard touchdown for one score and the other TD was scored by sophomore Jacob Koser. Nicholson and freshman Billy Reynolds had interceptions for Myrtle Point’s only scores against North Bend.

Miller hopes the players are able to have a regular season in the spring, which is the current plan for the Oregon School Activities Association.

Meanwhile, the players are getting to experience a little of all three seasons through the fall. Two days before the football competition last week, they took part in the first of several basketball skills competitions scheduled by Marshfield and North Bend (those are on hold for the next two weeks because Gov. Kate Brown’s freeze bans indoor sports).

“It was fun,” Nicholson said.

And after the spring was canceled and it looked like all sports might be this year, that’s exciting.