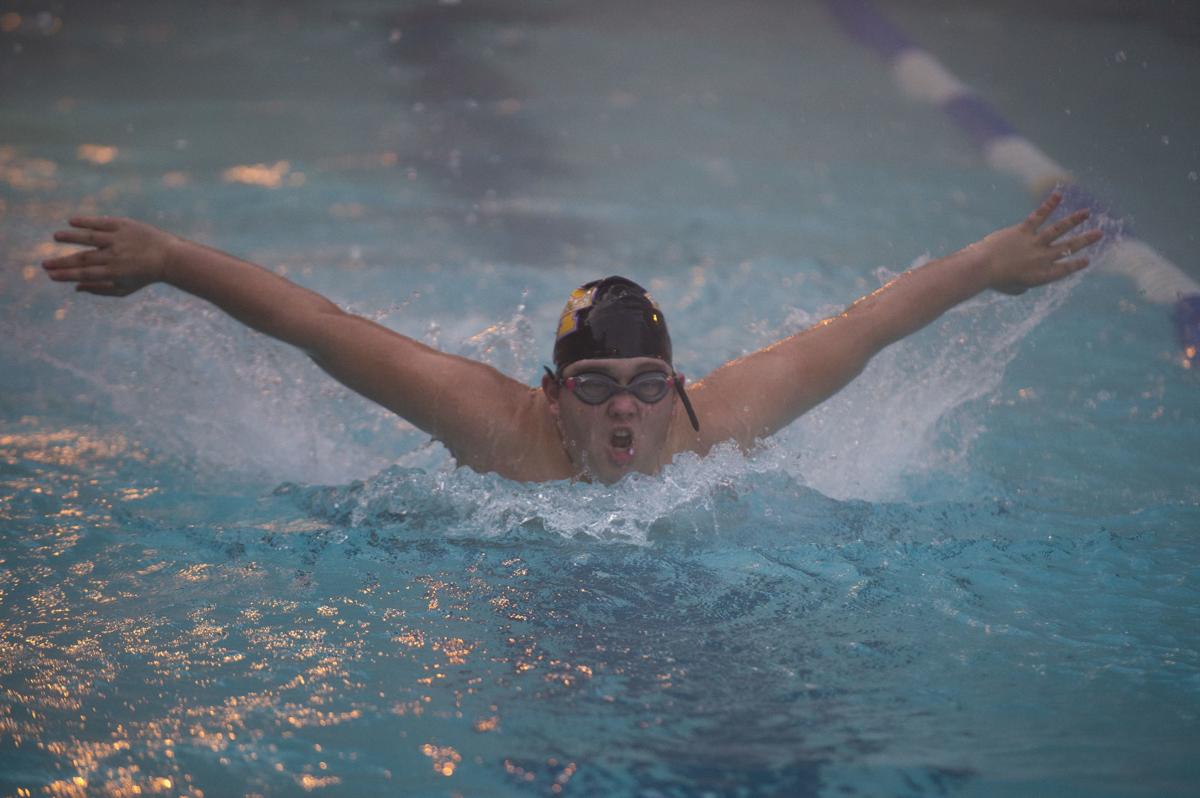 Marshfield's Jonas Battdorff competes Thursday in the 100-yard butterfly event during a meet against Junction City and Cottage Grove at Mingus Park in Coos Bay. 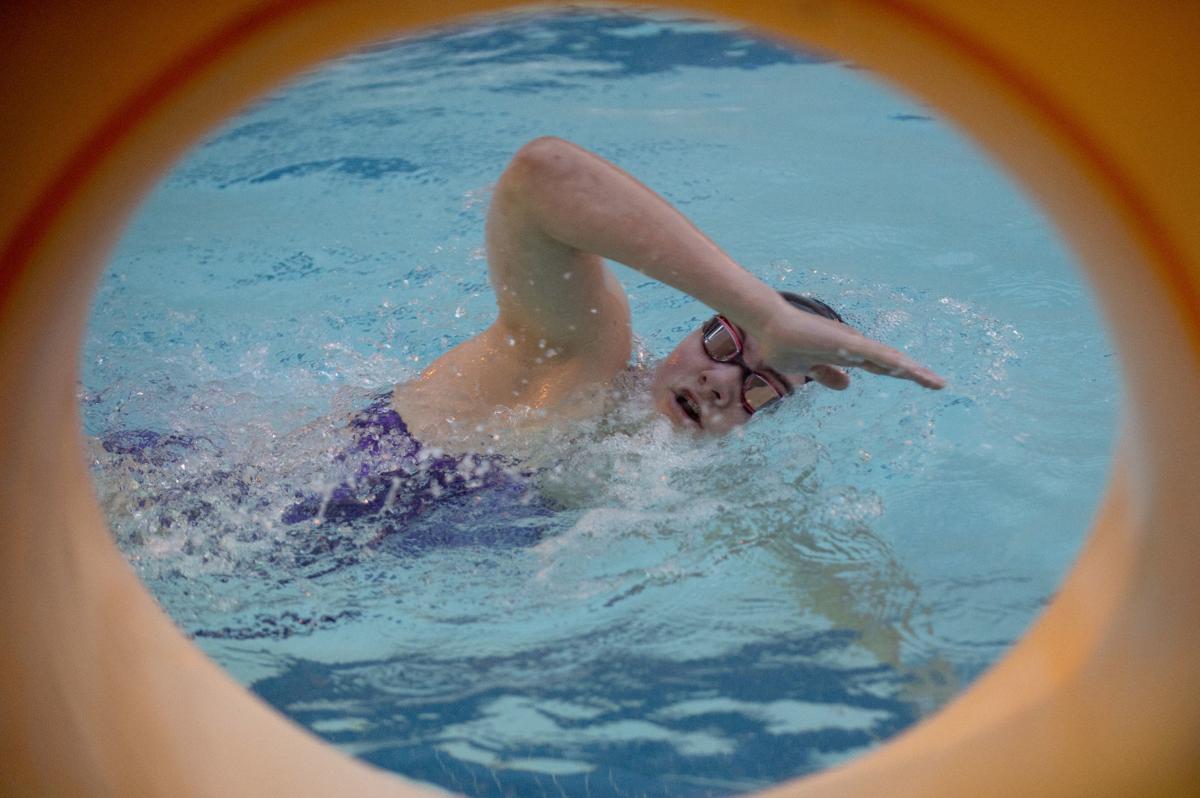 Marshfield's Mira Matthews competes in the 500-freestyle during a meet against Junction City and Cottage Grove at Mingus Park in Coos Bay.

Marshfield coach Kathe McNutt said she was happy with how the Pirates competed in the meet.

That likely slowed down the times, but not the efforts.

Marshfield's Mira Matthews competes in the 500-freestyle during a meet against Junction City and Cottage Grove at Mingus Park in Coos Bay.

Randle also won the 500 freestyle, while Hugo Schallmayer won both the 50 and 100 freestyle races.

Marcus Kliewer won the 100 butterfly and Hutchins the 100 breaststroke.

For Marshfield’s girls, Kacy Cooley won the 200 and 500 freestyle and Sydney Trendell took both the individual medley and breaststroke.

Mira Matthews took the 50 freestyle and Kally Haynes the 100 freestyle.

With the district meet coming up, Thursday’s meet was a good one, McNutt said.

“We’re trying some of these new kids in events to see if they’re capable of swimming them at districts,” she said.

Marshfield traditionally has done very well scoring at the district meet in three events a lot of swimmers won’t attempt — the individual medley, butterfly and 500 freestyle.

“It might be a way to get into the championship heat at district,” she said.

Marshfield always can count on its two senior leaders, Cooley and Randle.

“Kady swam wonderfully at the Skip Rumbaugh meet,” McNutt said looking back to a big meet in Corvallis on Saturday. “She had her best time ever in the 500 free.”

McNutt also pointed out Kirchner, Matthews and Trendell as girls who have been swimming well as the season winds down.

“Sydney has been a neat surprise,” she said. “She dropped tons of time in the breaststroke and the IM.”

For the boys, the Kliewer brothers have been improving and Hutchins, a sophomore, will be a factor at district.

“Aaron Hutchins has got tons of potential,” she said. “He’s got a lot of talent. He’s going to be a fun one.”

Marcus Kliewer and fellow freshman Jack Waddington have both been dropping times dramatically, along with Kirk, she added.

The Pirates have just one more meet, at home next Friday against Phoenix and North Valley, before the district meet in Cottage Grove.

The Coquille wrestling program will hold a banquet and auction on Friday, March 20, at the Coquille Community Building.