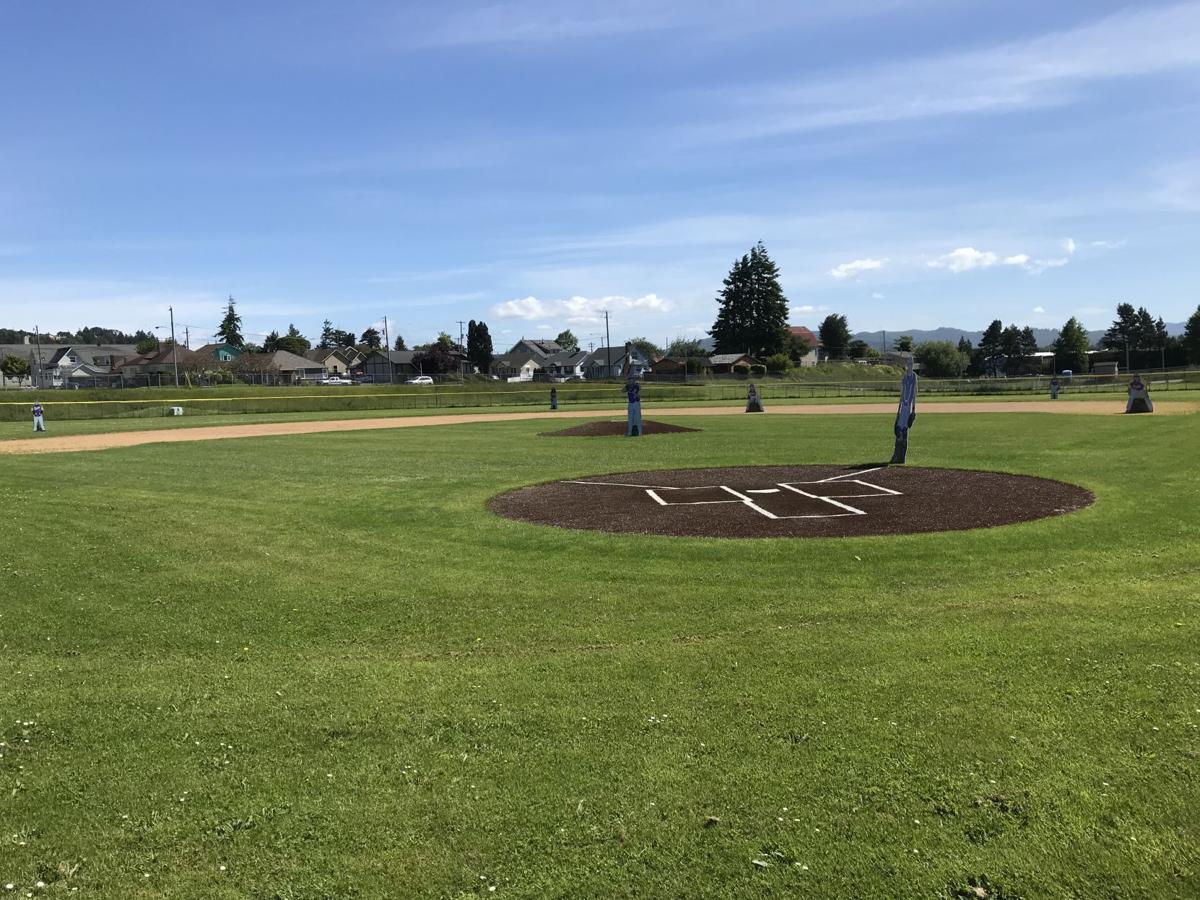 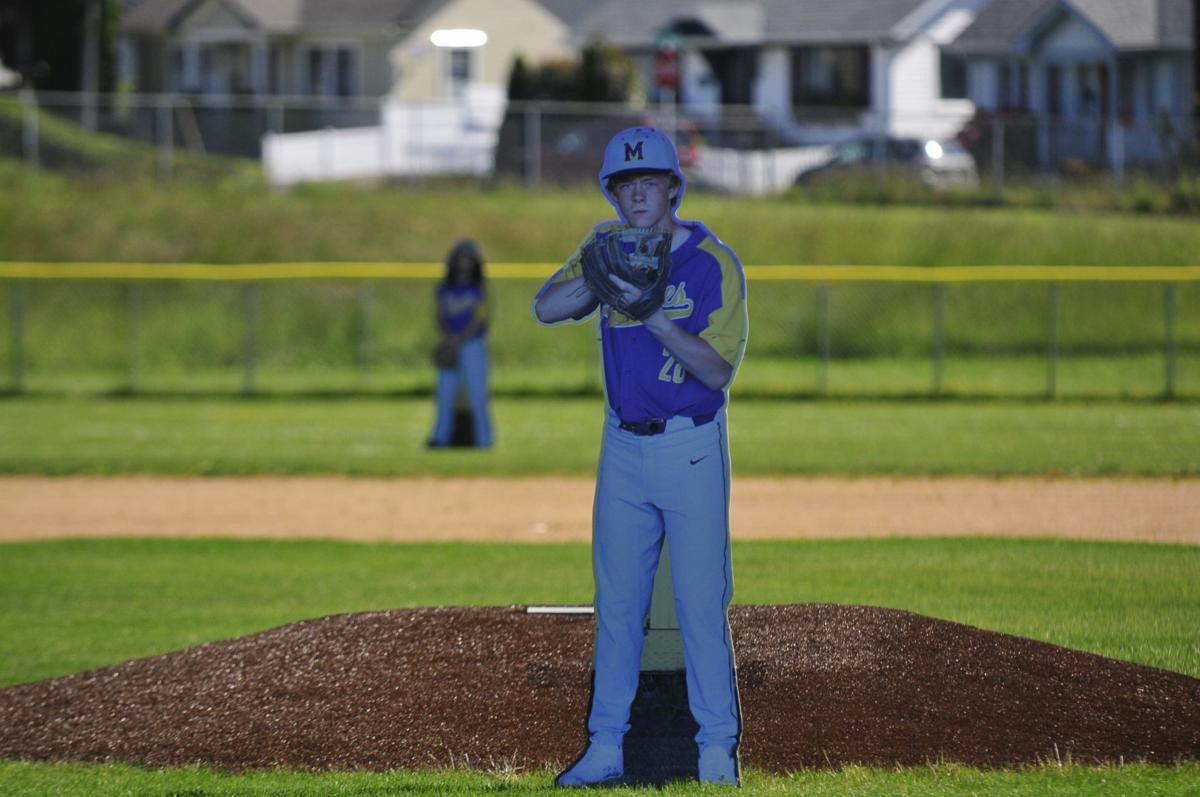 A cutout of Marshfield senior Ryan Knight is on the mound at the Pirates' baseball field.

A cutout of Marshfield senior Ryan Knight is on the mound at the Pirates' baseball field.

COOS BAY —At least for a couple of days, Marshfield’s baseball seniors were exactly where they were supposed to be — or at least images of them were.

Thanks to the inspiration of Amanda Peck, the mom of one of the team’s seven seniors, and the craftsmanship of BNT Embroidery, lifesize cutout of the seven seniors were in their positions for a few days this week.

“I was brainstorming how I was going to see my baby on the field,” Peck said. “It was a selfish moment. I wanted to see Logan on the field.

“This was going to be their year.”

Peck suggested the concept to baseball coach Floyd Montiel and discussed the idea with a couple of the other parents and all agreed it sounded great.

So Peck took the seniors out onto the field — one at a time — to get their pictures in their positions. The creative work of Scott Terhaar and the team at BNT embroidery took it from there.

“BNT was amazing,” Peck said. “They printed them for us and cut them out. It was really nice of them.

“Scott went over and beyond to make Mom’s heart happy.”

The cutout figures are close to the right size and durable — Terhaar told Peck they would last five years outside.

“BNT did a great job with them,” Montiel said.

Peck and Shaun Knight, one of the team dads, used stakes to set them upright in the field — with Jason Hinds at catcher, Ryan Knight at pitcher, Henley Cleveland at first base, Liam Webster at second, Adam Plummer in left field, Logan Peck in center and Tryce Greiner in right.

The player cutouts were on the field for a few days until the stiff winds became too much. So Tuesday afternoon they were moved to the fence facing the post office, where passers-by can see them.

“Now they’re all grouped together and facing the road,” Amanda Peck said. “And when school is over and they are graduated, the moms will get to take them home.”

Until then, the cutouts will be a reminder of what the season could have been.

At least it was a bright moment for the players.

“They were pretty excited,” Amanda Peck said. “They thought it was a cool idea. They were thankful.”

And they will always wonder what might have been if the COVID-19 pandemic hadn’t hit and all spring sports hadn’t been canceled.

“I think a lot of them, they are just bummed out that they didn’t get to play,” Peck said. “It was their last time putting on the uniform, which was kind of crazy and sad.”

The players weren’t the only ones anticipating the season.

“I was so looking forward to the season,” Amanda Peck said.

Montiel agreed the Pirates could have had a special season with the strong senior core group.

“I really feel this could have been one of the better Marshfield teams we’ve had in a long time,” he said, adding the Pirates had strong pitching, fielding and hitting.

They also had a purpose, playing in memory of teammate Blake Crane, who died just before practice was to start.

“We really wanted to do it for Blake,” Montiel said. “We wanted to have a strong season for him and for the Crane family, and that was important to everybody.”

The coach said it’s not common to have a group of seniors so big come up through the ranks and stick together.

Thanks to the efforts of Amanda Peck, he got a chance to look out at the field and see them there again, at least in pictures.

“It was nice to see them out there one more time together,” Montiel said.