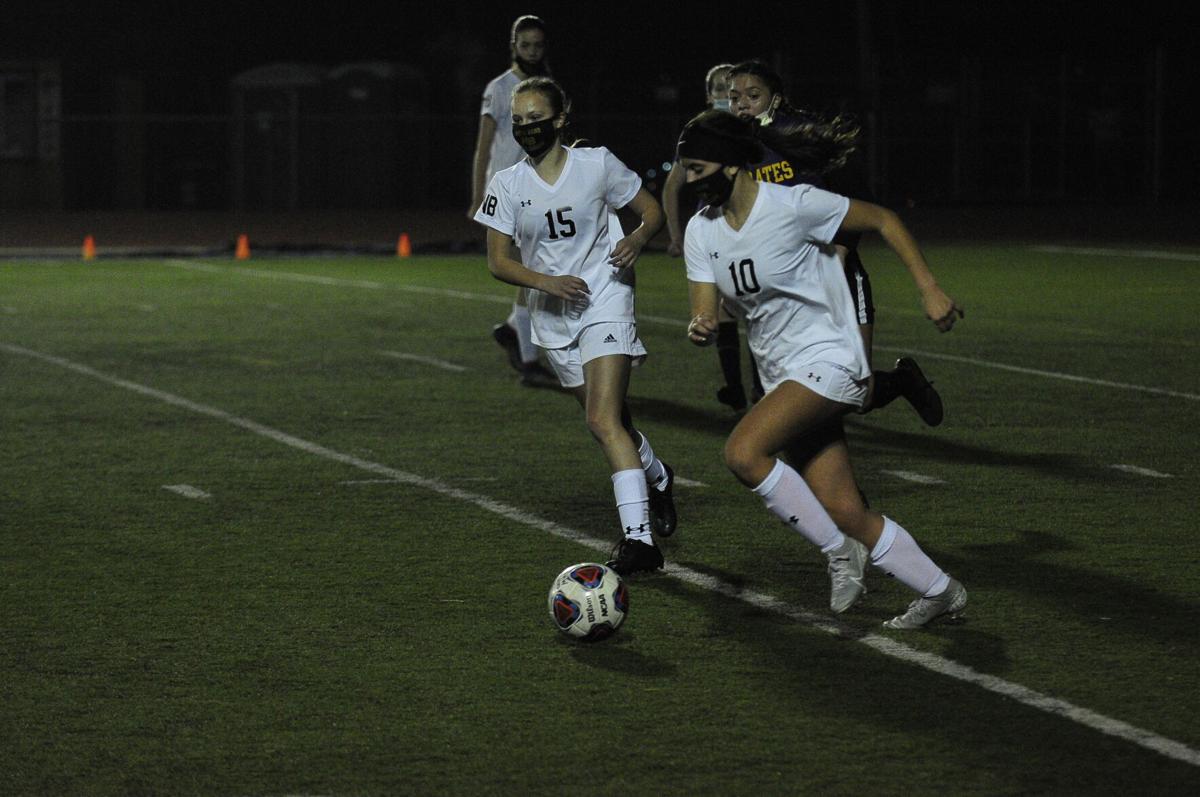 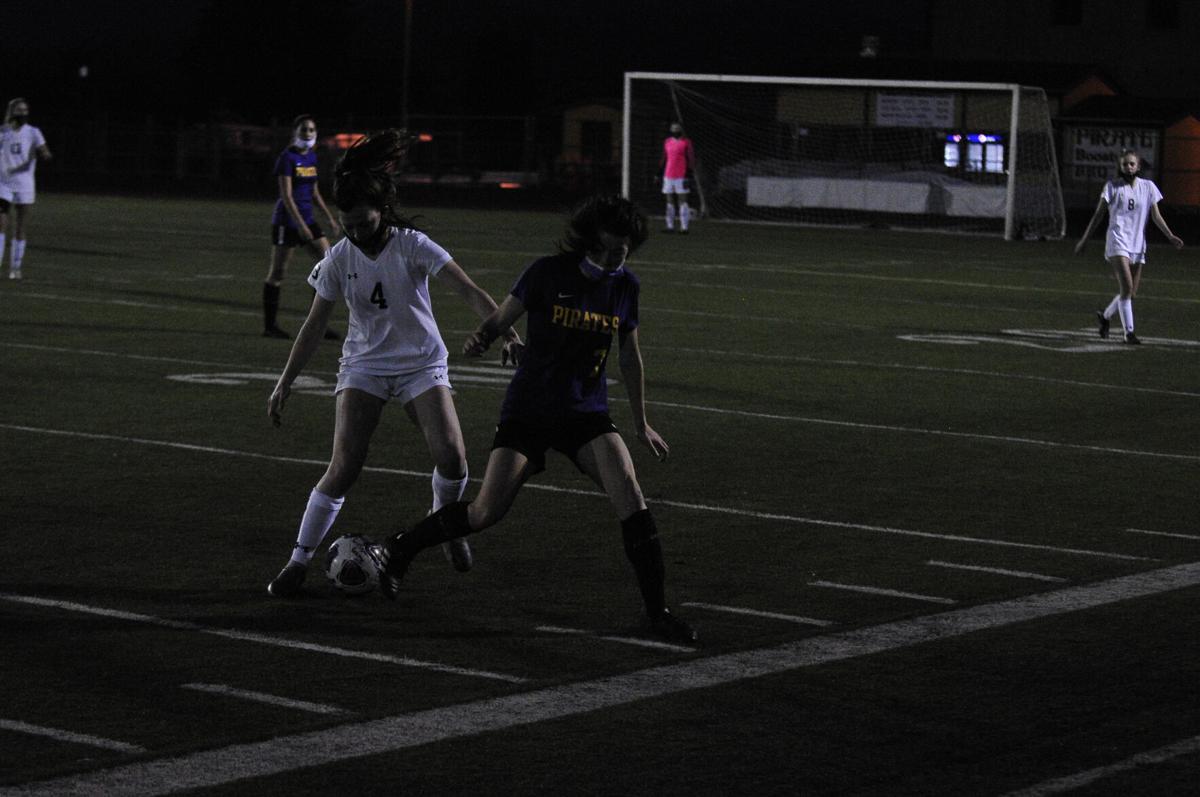 North Bend's Brooklyn Garrigus, left, and Marshfield's Andy Carey battle for possession of the ball during their game this week.

North Bend's Brooklyn Garrigus, left, and Marshfield's Andy Carey battle for possession of the ball during their game this week.

COOS BAY — Marshfield’s girls soccer team is making the most of the chance to play in the fall season set up by the school and crosstown rival North Bend.

The Pirates have made great strides as a group, the players said.

The sample size is small — jamboree matches last week against the Bulldogs and Brookings-Harbor and a full match Monday against North Bend — but the results have been positive.

The Pirates have made great strides, not primarily because of improved skills.

“I think it’s because the girls are more determined,” said Maddie DeLeon. “They work at it hard. They are willing to learn.”

That includes a number of younger players filled with potential.

“I feel like this team — we have a really strong team,” said Jordyn Eichelberger. “We have a bunch of athletes on our team.”

The Pirates are getting better at communication, at passing the ball, at other aspects of the game.

They also are quick to learn.

“A lot of girls when they make mistakes … this year they already know what they did wrong,” Dea said.

And then they don’t make the same errors again.

Getting the chance to play North Bend several more times will help as the Pirates get ready for the regular season next spring.

“North Bend is one of the tough opponents,” DeLeon said, adding that playing the Bulldogs repeatedly is good for the Pirates.

The repeated matches are good for the Bulldogs, too.

“They are making progress,” North Bend coach Tony Picatti said, though he added it’s hard to get in a rhythm with only a handful of practices.

In Monday’s match, the Bulldogs got two goals, both in the first half, from Brooklyn Garrigus and Charlise Stark. Molly Picatti assisted on the goal by Stark.