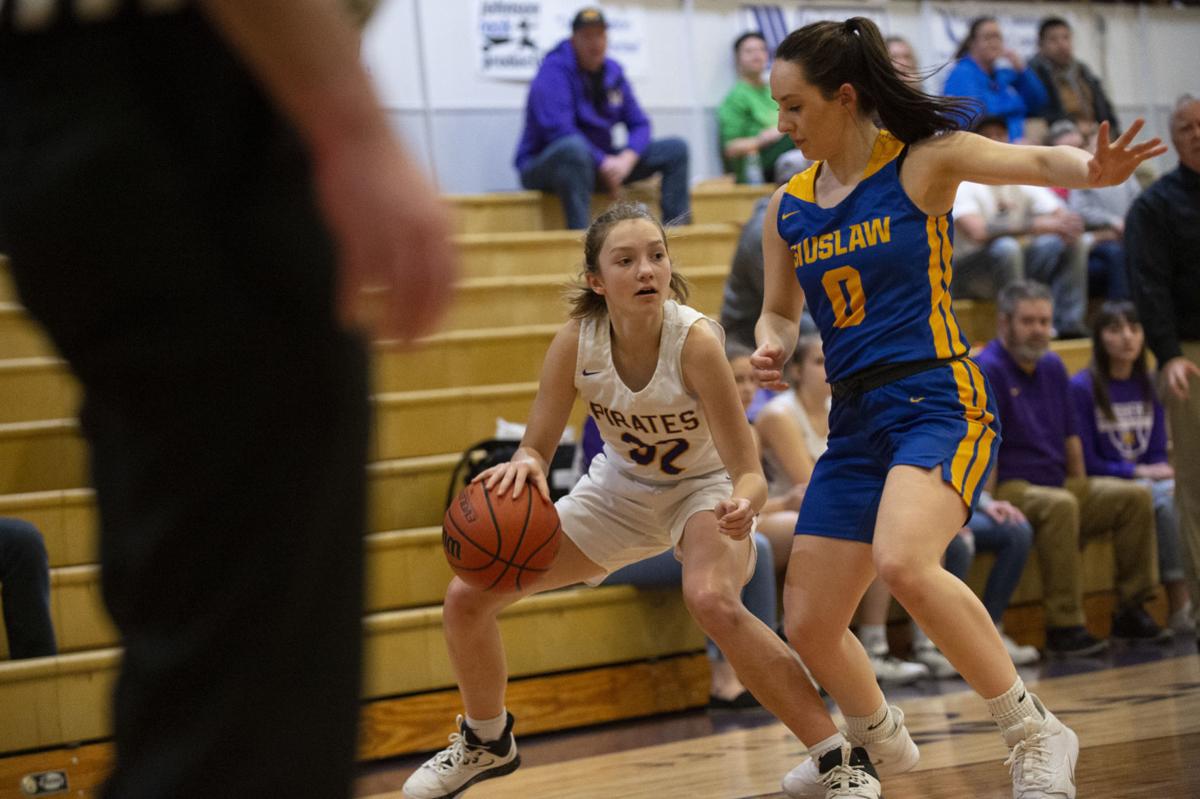 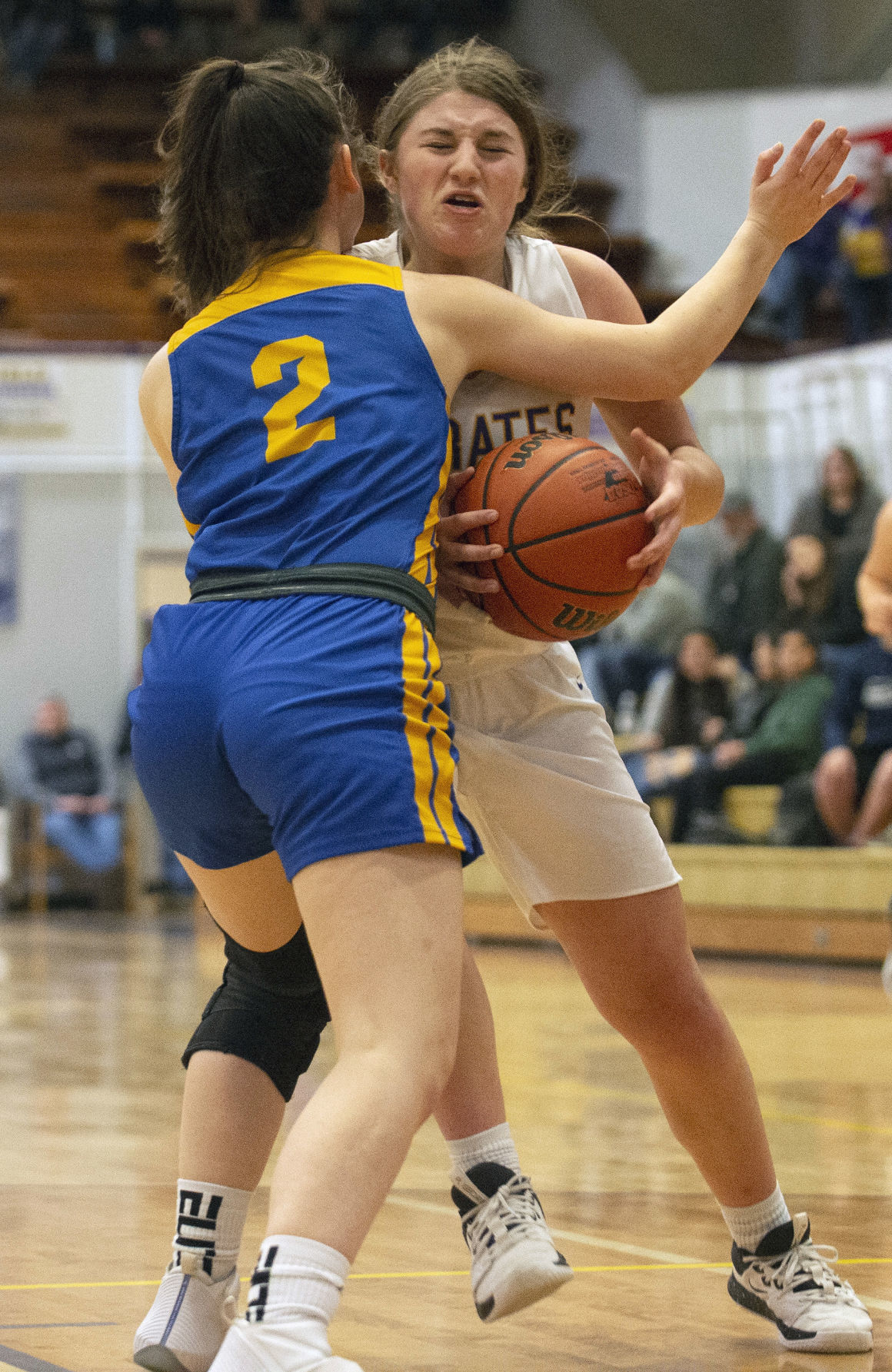 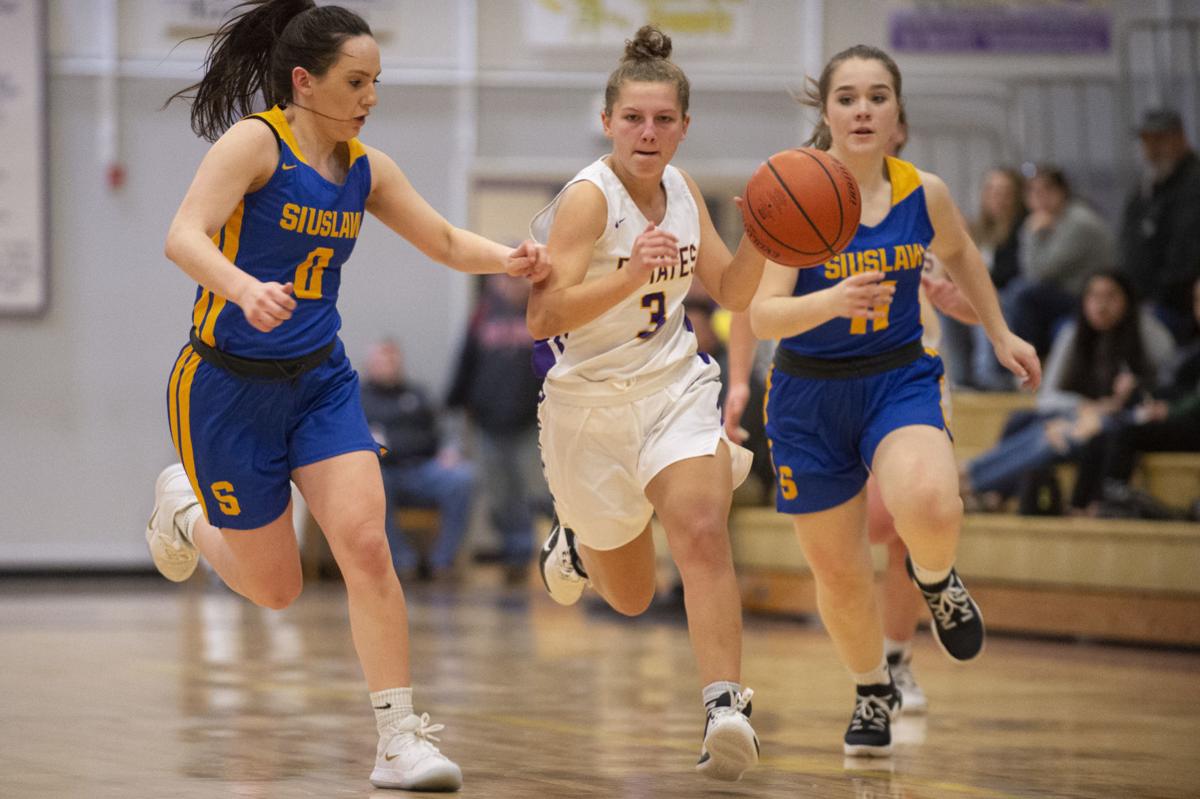 Instead, the Pirates saw a 10-point fourth-quarter lead dwindle to just three before eventually holding on for a 39-34 victory over the Vikings.

“We’ve never been in a situation where we had a chance to finish someone off,” Marshfield coach Bruce Bryant said. “We had it tonight, but we didn’t take advantage of it.”

Still, the Pirates got a much-needed win as they aim for a top-four finish in the Sky-Em League that would keep them alive for a spot in the Class 4A playoffs.

“We didn’t want to lose this game,” Marshfield’s Charlie Dea said. “We’ve got to come out one game at a time.”

In Tuesday’s game, both teams struggled on offense for long stretches, each shooting under 25 percent for the game. They traded runs, with Marshfield leading 6-2 early, the Vikings scoring eight points in a row, the Pirates going up by five points on a 3-pointer by Kiana Holley early in the third period and the Vikings scoring seven more in a row.

Siuslaw led 21-19 after a basket by Lindsey Long, but the Pirates went on a 14-2 run that stretched into the fourth, building their biggest lead at 33-23 on a jumper by Karina Skurk.

The Vikings had one more comeback. Mia Collins, who had missed her first 13 shots, had two baskets in a row and the Pirates, who had been strong from the line in the second half, started missing more than they made. Siuslaw got as close as 35-32 on a free throw by Collins and got the ball back, but weren’t able to convert.

Marshfield put the game away when Kaylin Dea and Charlie Dea hit two free throws each.

“Free throws saved us in the second half,” Bryant said. “They hurt us in the first half.”

Kaylin Dea was just 3-for-7 in the first half but 7-for-10 in the second from the line and led the Pirates with 14 points. She also grabbed 14 rebounds and had four steals.

Charlie Dea had 11 points and, perhaps most important, the last eight of the third period to put the Pirates in front.

That included a pair of 3-pointers wrapped around two free throws.

“(I was thinking) I’ve got to start making these,” she said. “We weren’t getting our shots.”

Fortunately, the Pirates were strong on defense.

“That usually is our best thing,” Charlie Dea said.

Brea Blankenship led the Vikings with 12 points and six steals. Gracie Freudenthal had 11 points and grabbed 23 rebounds, 14 in the first half.

Still, there efforts weren’t enough to get the Vikings their first league win (four of the losses have come by five points of fewer).

Marshfield feels it has a good chance against Marist Catholic on Friday. The Spartans won by two points when they won in Eugene and are tied for second with Junction City after losing to the Tigers by two on Tuesday.

Defense will be a key against Marist Catholic, but not the only key.

“We need offense,” Charlie Dea said. “We didn’t do offense at all tonight.”

“We keep grinding and grinding, and finding ways to get wins,” he said.

After a solid first-half performance from the North Bend girls that kept the game close, the second half belonged to Willamette on Tuesday night.