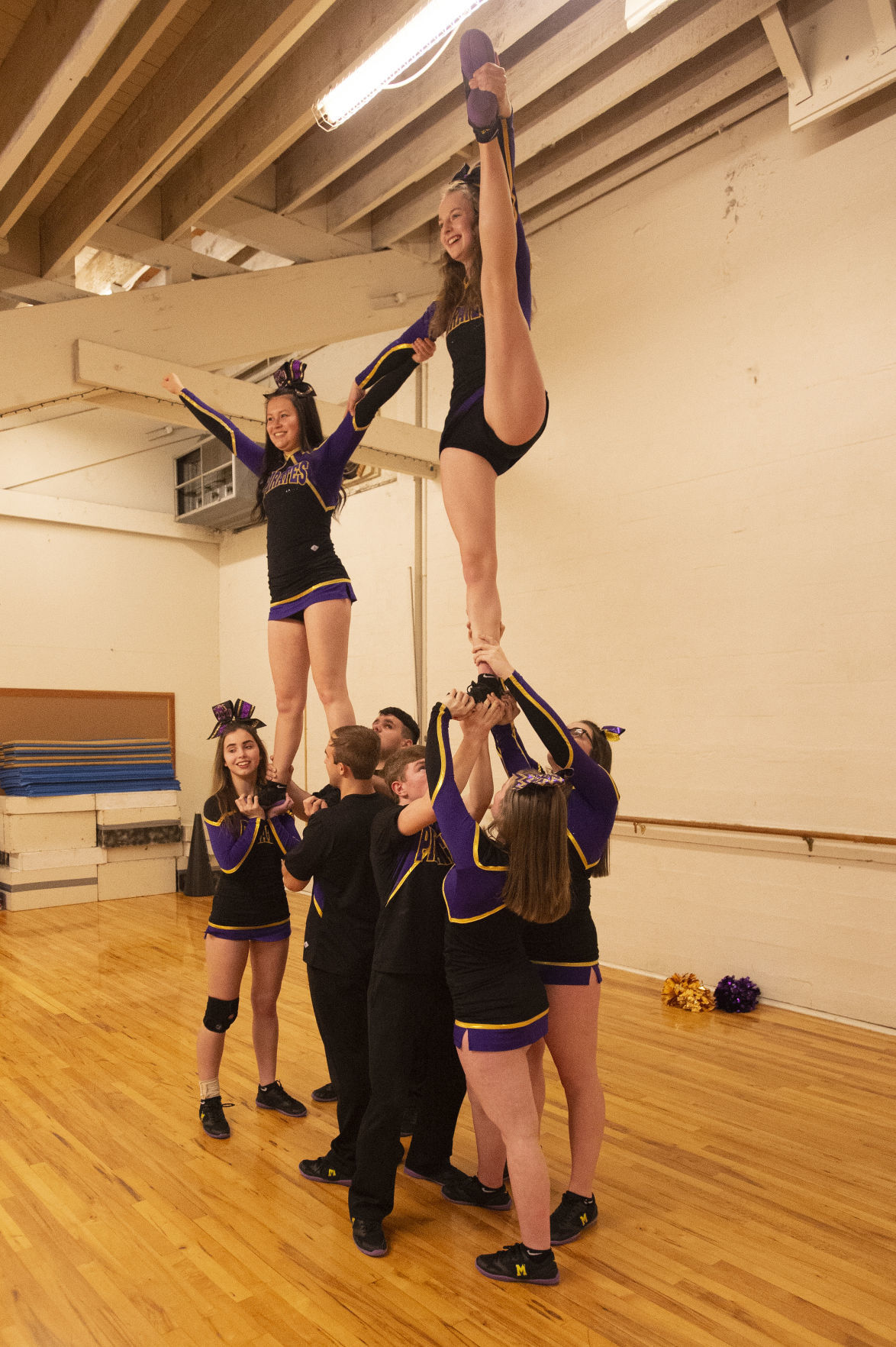 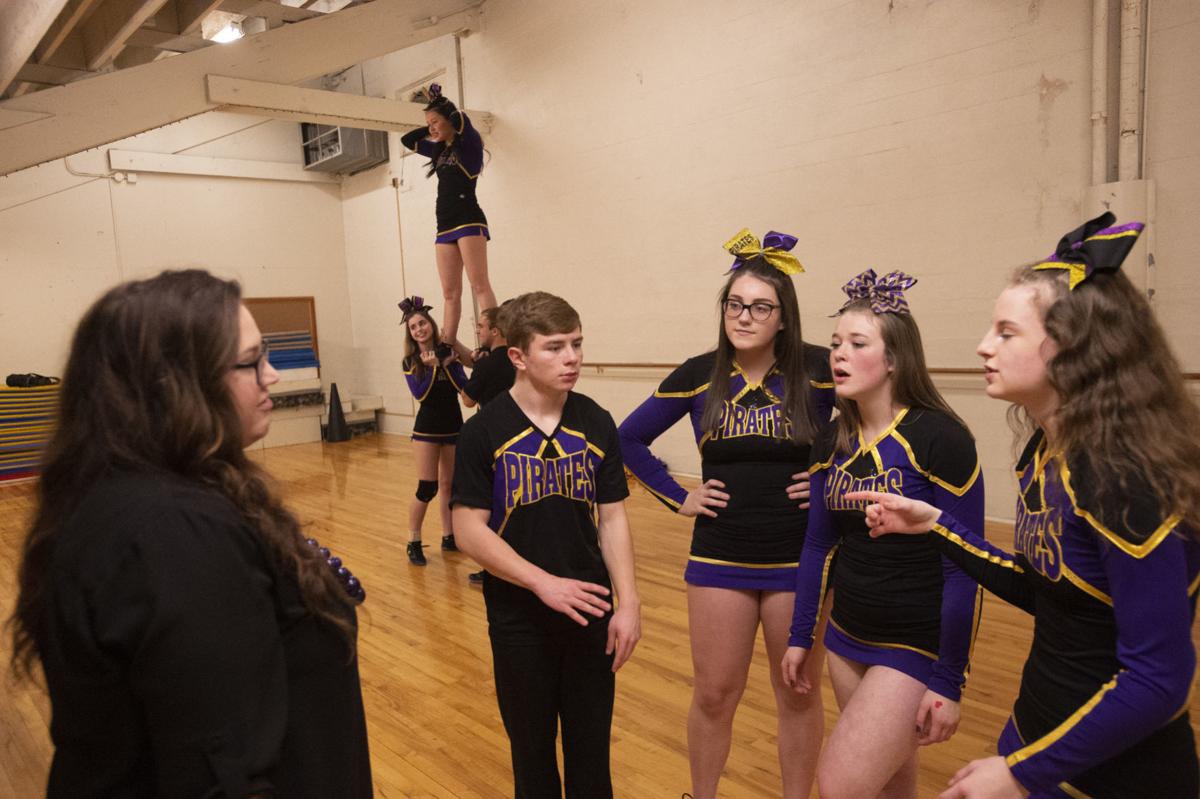 COOS BAY — It was a sign of what was to come for the rest of the season.

Early in the Marshfield competitive cheer season, the Pirates were bit by the injury bug and had to change a routine before hitting the mat.

“We actually didn’t get scored in our difficulty in three different sections. So I’m thinking we’re going to get last place,” said Marshfield head coach Theresa Walsh. Hoping to just see how they did in the other areas, Walsh braced for the worst. “And then they called us in second (place). So I mean, they scored so high in their other areas that it didn’t matter.”

Injuries followed by the Pirates finding a way to execute — this has been the theme of the Marshfield season. The Pirates are hoping to pick up the pieces for a successful result one last time this year as the team heads to Saturday’s state competition at the Veterans Memorial Coliseum in Portland.

After an injury to a flyer, Marshfield’s Trinity Flintcroft was called in to action to fill the void.

“When state happens she will have been a flyer for three weeks total. So about nine practices,” said Walsh, who has been amazed at Flintcroft’s growth. A week in Flintcroft had moved past rudimentary stunts and, with the help of her teammates, has continued to progress as state draws closer.

“Typically we try to keep everything the same in practice. Practice the same routine building the same skills all the way through. With getting that new flyer we’ve had to change our routine during that time, too,” said Walsh noting that the state routine had to be changed with the new personnel.

“The amount of perseverance in this team this year is incredible. They have pushed through everything and have really worked together.”

All of this hard work is building toward Marshfield’s appearance in the large coed division at state on Saturday. Which division a team competes in is determined by the amount of males on the mat. If a team has two or fewer boys they are in small coed, but the Pirates have three.

One of the smaller schools in the division, the Pirates will be competing with 10 cheerleaders on the mat while other schools will be fielding bigger squads. Included in this group for Marshfield are the seniors Andrew Sheerin, Annika Johnson, Conner Koehler and Hannah Mork.

The Pirates, state champions in 1997 and 2002, finished 10th at state a season ago. With a young team that includes five underclassmen on the state roster, this Marshfield squad is looking to get their fundamentals down now as they head to state and down the road into future seasons.

“As a coach, what’s the most stressful for me is watching it unfold because it’s entirely out of my hands. I’m just going to sit there and cheer them on and hope for the best and that if something bad does happen they’ll get up and move on and continue,” said Walsh. “That’s what we’ve instilled in them all year so hopefully it happens.”

Competing in the final section of the day, Marshfield will take the mat at 5:15 p.m. Tickets for the event are $15 for adults and $9.50 for students.

“These kids they go out there and perform. They leave their heart on the mat, they give it all they have, they put all their energy in there,” said Walsh. “They run off the mat, they’re dying in the hallway because they put so much into it. And that’s all we can really ask for.”

When Reedsport restarted its swim program three seasons ago, three sophomores were quick to join the team.

Now those three athletes are preparing for their final district meet this weekend in Cottage Grove, along with fellow senior Sydney Robison of Siuslaw, who swims for Reedsport as part of a cooperative agreement between the schools.