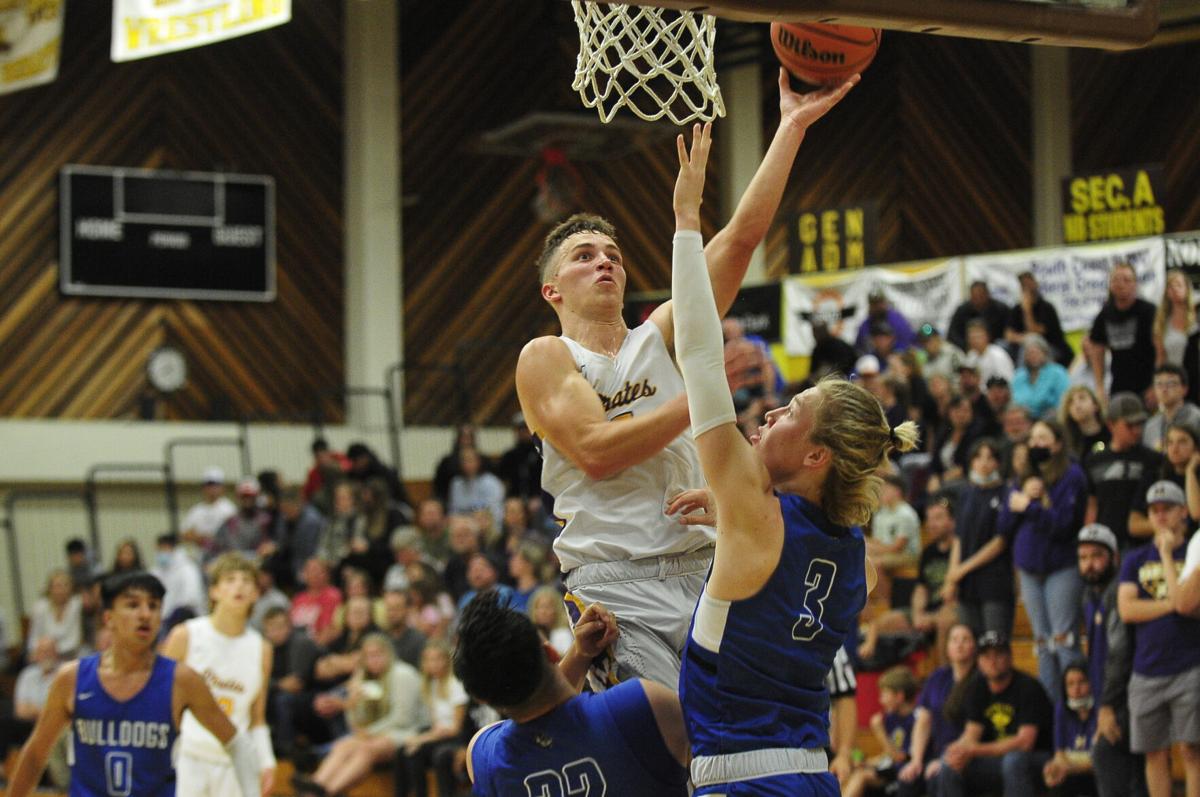 Marshfield's Noah Niblett drives to the hoop over Woodburn's Jordan Blem during Thursday's Class 4A semifinal game at North Bend. 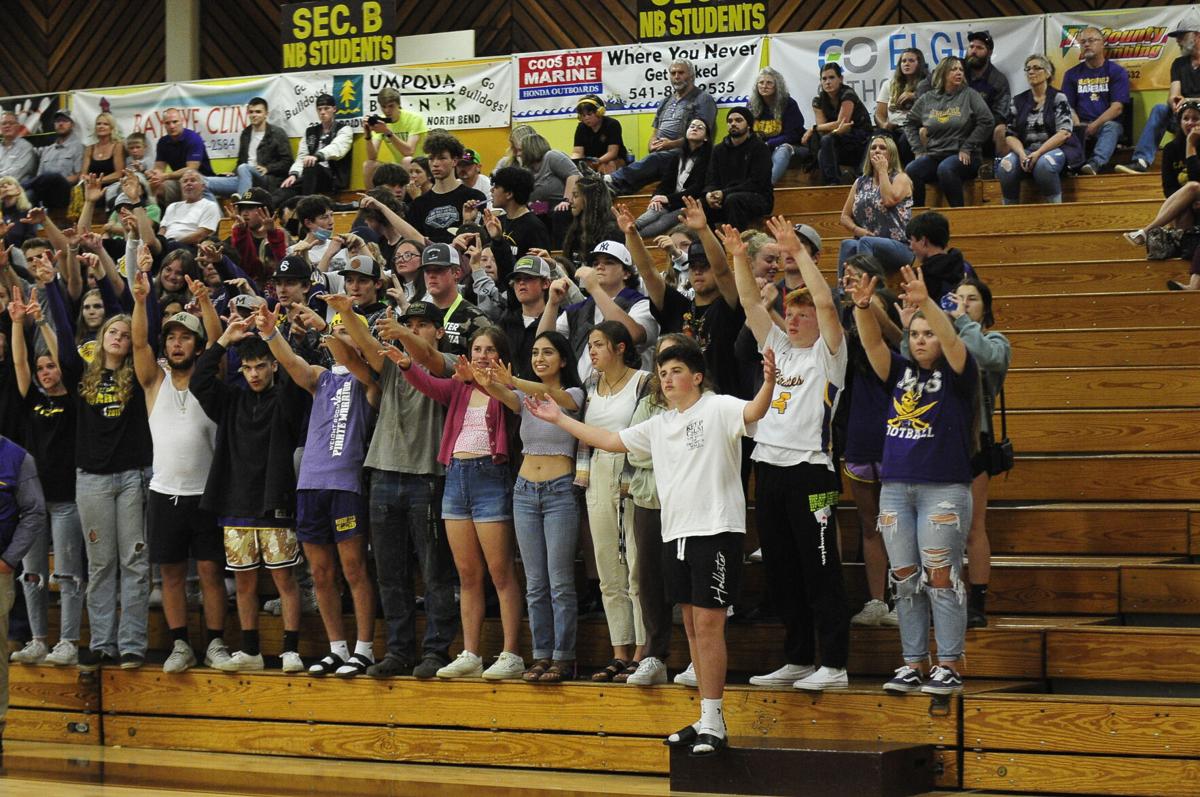 Marshfield's students raise their hands in anticipation of a made free throw by the Pirates late in Thursday's win over Woodburn. 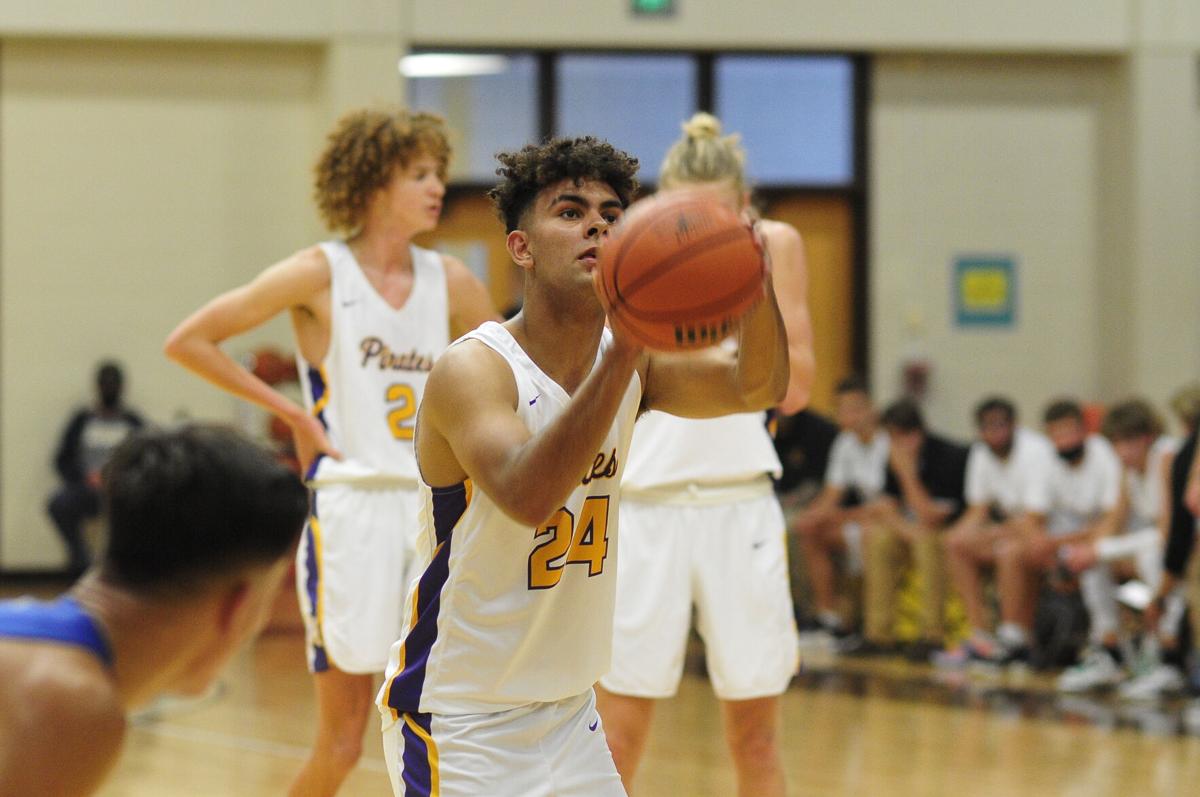 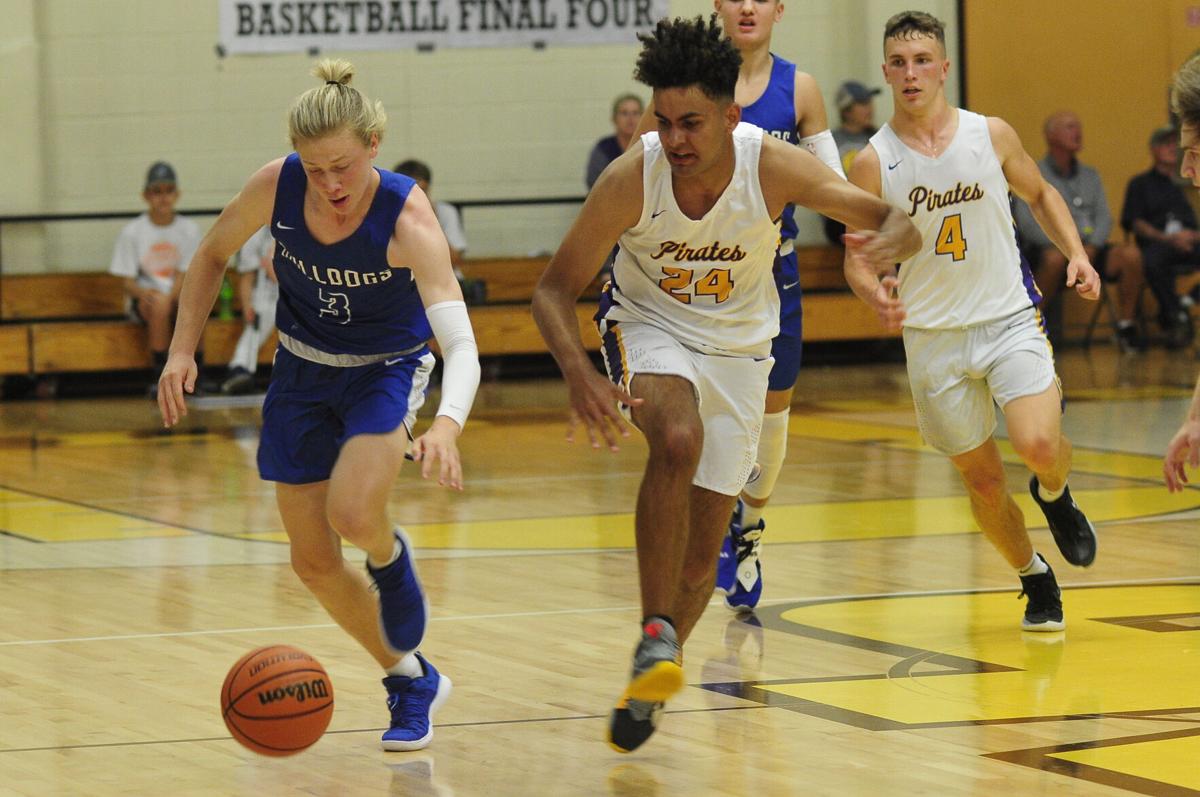 Woodburn's Jordan Blem steals the ball from Marshfield's Dom Montiel during the first half Thursday.

Marshfield's Noah Niblett drives to the hoop over Woodburn's Jordan Blem during Thursday's Class 4A semifinal game at North Bend.

Marshfield's students raise their hands in anticipation of a made free throw by the Pirates late in Thursday's win over Woodburn.

Woodburn's Jordan Blem steals the ball from Marshfield's Dom Montiel during the first half Thursday.

NORTH BEND — Marshfield’s boys basketball team earned a rare chance to play for a state title on its home floor by coming from behind to beat Woodburn 54-47 in the Class 4A semifinals at North Bend High School on Thursday.

The Pirates face Cascade at 4:30 p.m. Friday in the Pirate Palace after the Cougars knocked off top seed Banks.

Marshfield was in a 10-0 hole in the opening moments as the Pirates had a few turnovers and the Bulldogs came out red hot from the floor.

Woodburn, which had three 3-pointers in each of the first two quarters, led by 13 before Marshfield started to chip away at the lead. The Pirates cut the deficit to 30-26 at halftime and pulled ahead when Woodburn went cold in the final two quarters.

“They scored 17 points in the second half — that’s what won us the game,” Marshfield coach Casey McCord said, crediting the team’s defense and resilience. “I’m just really, really proud of the kids. I’m just super, super proud of the effort.”

Dom Montiel and Noah Niblett kept the Pirates in the game early, scoring all 11 of Marshfield’s first-quarter points, including a 3-pointer by Montiel that beat the buzzer and pulled the Pirates within 17-11. Woodburn stretched the advantage again early in the second before the Pirates started coming back as Mason Ainsworth heated up and the team continually battled.

“Think about how much these kids have grown,” McCord said. “We were down 13 at Junction City and we went down 27. We were down 13 tonight and we won handily.”

The Pirates pulled within one point by the end of the third quarter and went ahead early in the fourth. Woodburn only hit one shot from the floor in the final eight minutes as the Bulldogs cooled off after a hot early start when they hit open shot after open shot. They also limited Marshfield’s chances in the first half, not allowing any offensive rebounds early, and forced numerous turnovers.

“We talked (at halftime) about leaving everything on the floor and winning 50-50 balls,” McCord said. “We didn’t feel we did that in the first half.

“We felt really fortunate to only be down four at halftime.”

Ainsworth eventually finished with a game-high 22 points and Montiel hit five of his six free throws in the fourth and had 19. Niblett added 10 points and no other Pirates scored until late in the fourth quarter.

Pierce Davidson, who struggled in the first half, missing every shot inside, kept battling on defense, altering Woodburn’s inside shots, and eventually had a basket on a great pass from Niblett that added to Marshfield’s lead late.

And Monty Swinson, who came up huge outside in a win over Gladstone that got the Pirates into the final four, didn’t score.

“They took Monty away from us completely,” McCord said. “They didn’t let him shoot.”

Cascade earned its spot in the final with a 63-54 win over Banks, outscoring the Braves 18-8 in the fourth quarter and scoring its last 11 points at the line to close out the win.

Kellen Sane had 15 points, Dom Ball 13 and Jake Bertch and Carson Molan 12 each as the No. 4 seeded Cougars beat the top seeds.

Cooper Gobel had 19 points and Tyler Exline 14 for Banks.