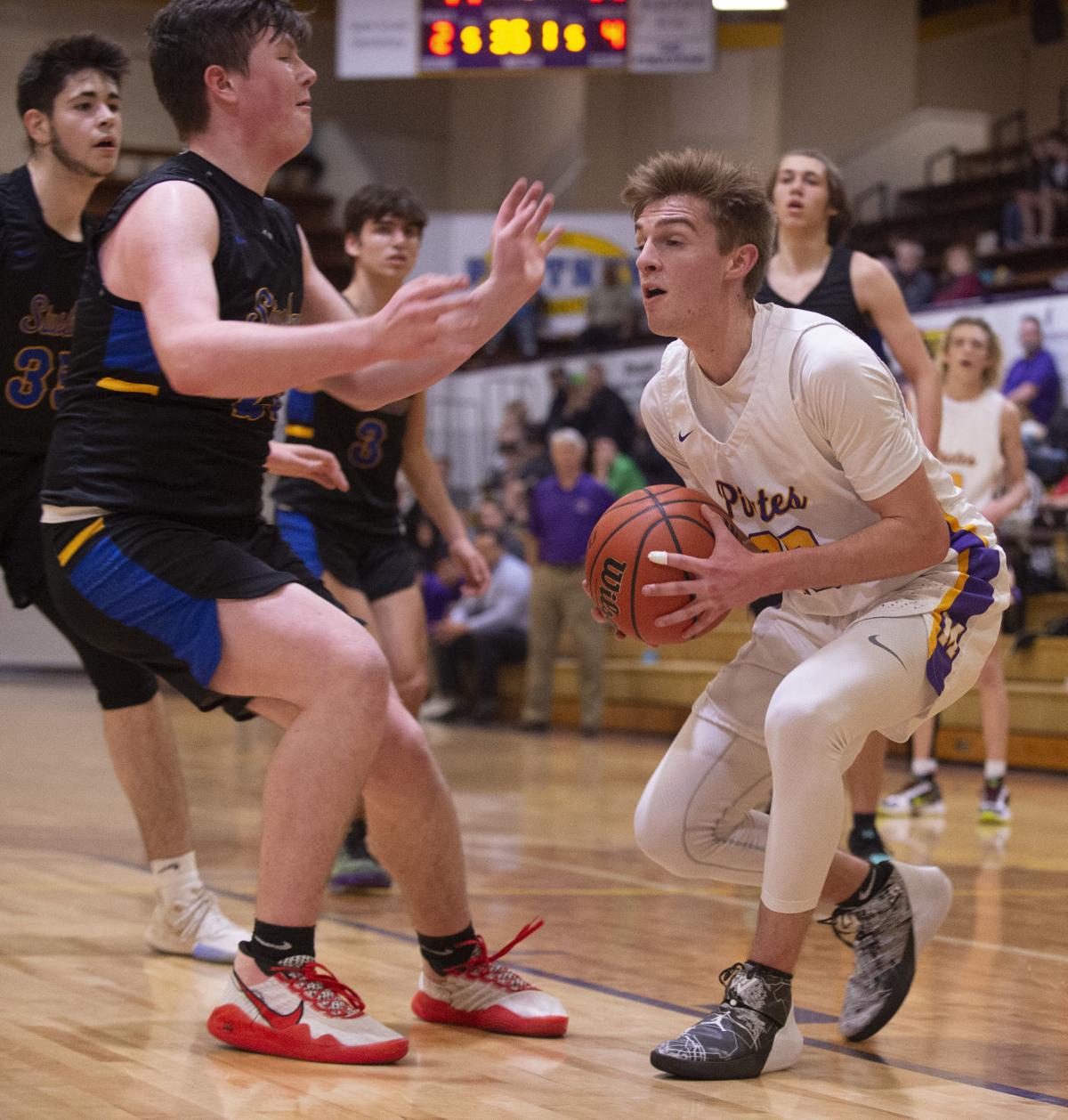 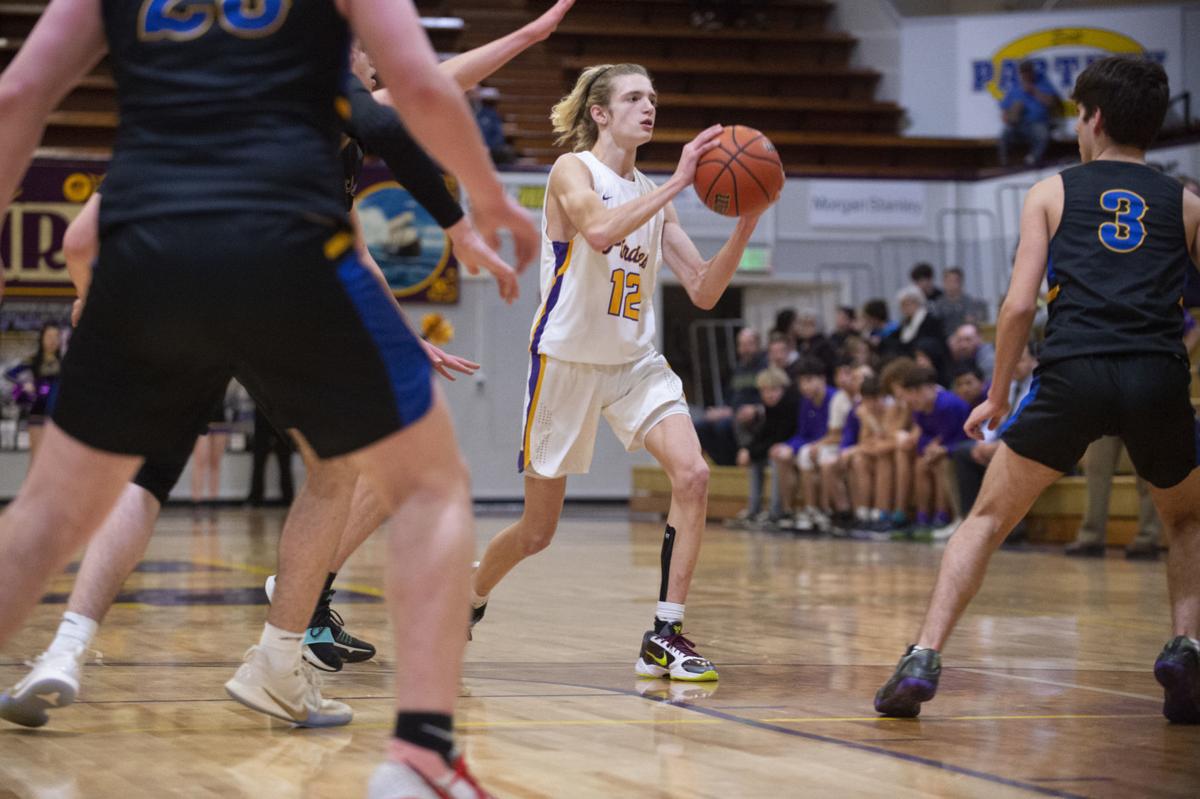 Marshfield's Mason Ainsworth passes the ball Tuesday during a game against Siuslaw at Marshfield High School. 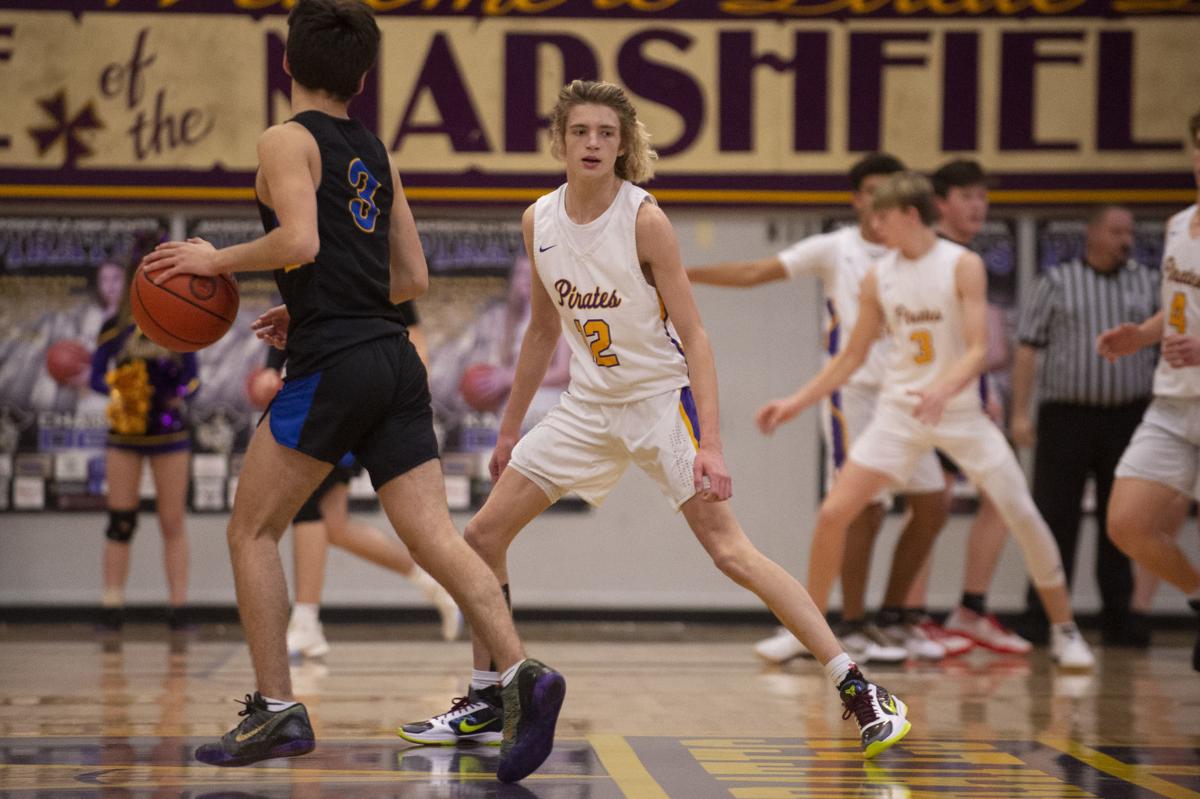 The Pirates showed points of brilliance and points of struggle. Unlike some of their recent games, though, they did enough in the end to win a close game, edging the Vikings 55-50.

Marshfield's Mason Ainsworth passes the ball Tuesday during a game against Siuslaw at Marshfield High School.

The win moves the Pirates into a tie for second place in the Sky-Em League with Junction City at 5-3 heading into Friday’s home date with league-leading Marist Catholic. It also shows the Pirates need to be more consistent throughout when they play the Spartans.

“We were up 10 and they crawled back into it,” Marshfield’s Dom Montiel said. “Against Marist, we can’t have that.”

The Pirates started strong, with good ball movement and solid defense leading to a 17-14 lead through one period and a 27-16 lead late in the second.

“In the first half, we did some good things,” Marshfield coach Marty Stallard said. “In the second half, we didn’t have enough intensity on defense.

“We got beat how many times on the baseline?”

Marshfield led 27-18 at the half, but Siuslaw scored the first seven points of the third and then tied the game twice in the fourth, at 41 on a drive to the hoop by Braydon Thornton and at 45 on another hoop by Thornton.

Landon Ginn-Forsberg put the Pirates up for good with a rebound basket and Marshfield made enough free throws down the stretch to stay in front, though the win wasn’t secured until Pierce Davidson hit a pair with two seconds to go.

Montiel, who had five assists, said the Pirates did a good job finding open shooters, even if they didn’t shoot particularly well overall. Marshfield finished at 38 percent (21-for-55) while Siuslaw was slightly worse at 18-for-52 (35 percent). Both clubs were well under 30 percent from 3-point range.

Stallard was concerned with the Pirates’ defensive lapses in the second half, including when the Vikings hit three 3-pointers early in the fourth.

“If you don’t get out on the shooters, they are going to hit it,” he said. “I can’t believe in this league how many good outside shooters there are. Every team has them.”

Marshfield has them, too. Davidson had a pair of 3-pointers in the first half and Mason Ainsworth hit three of his five shots from behind the arc on the way to a game-high 27 points.

Davidson, Ginn-Forsberg and Ezra Waterman scored eight points each for the Pirates.

Brody Terry led the Vikings with 18 points and Liam McClellan had a trio of 3-pointers and 11 points, but the big catalyst was Thornton, who regularly beat the Pirates off the dribble while scoring 13 to go with three assists and eight rebounds.

“They moved the ball,” Montiel said. “Those two guards (Thornton and Terry) are quick and have good court vision.”

Montiel was at a loss to explain why the Pirates lacked intensity in the third period, and noted that Siuslaw made Marshfield pay.

“We came out flat and they came out ready to go,” he said. “Against Marist, we can’t do that.”

The bottom line Tuesday, though, was that the Pirates found a way to win.

“We’ll take them any way we can get them,” Stallard said.

After a solid first-half performance from the North Bend girls that kept the game close, the second half belonged to Willamette on Tuesday night.