Woman killed after being hit in parking lot 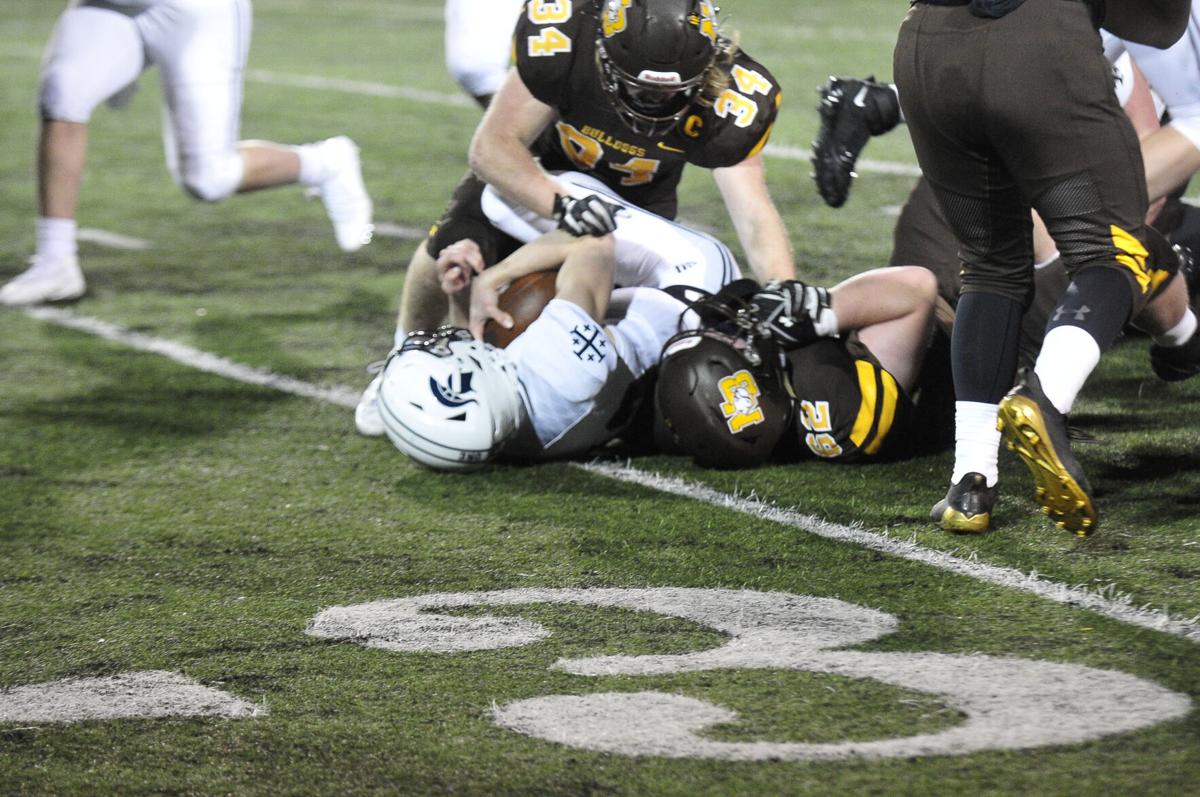 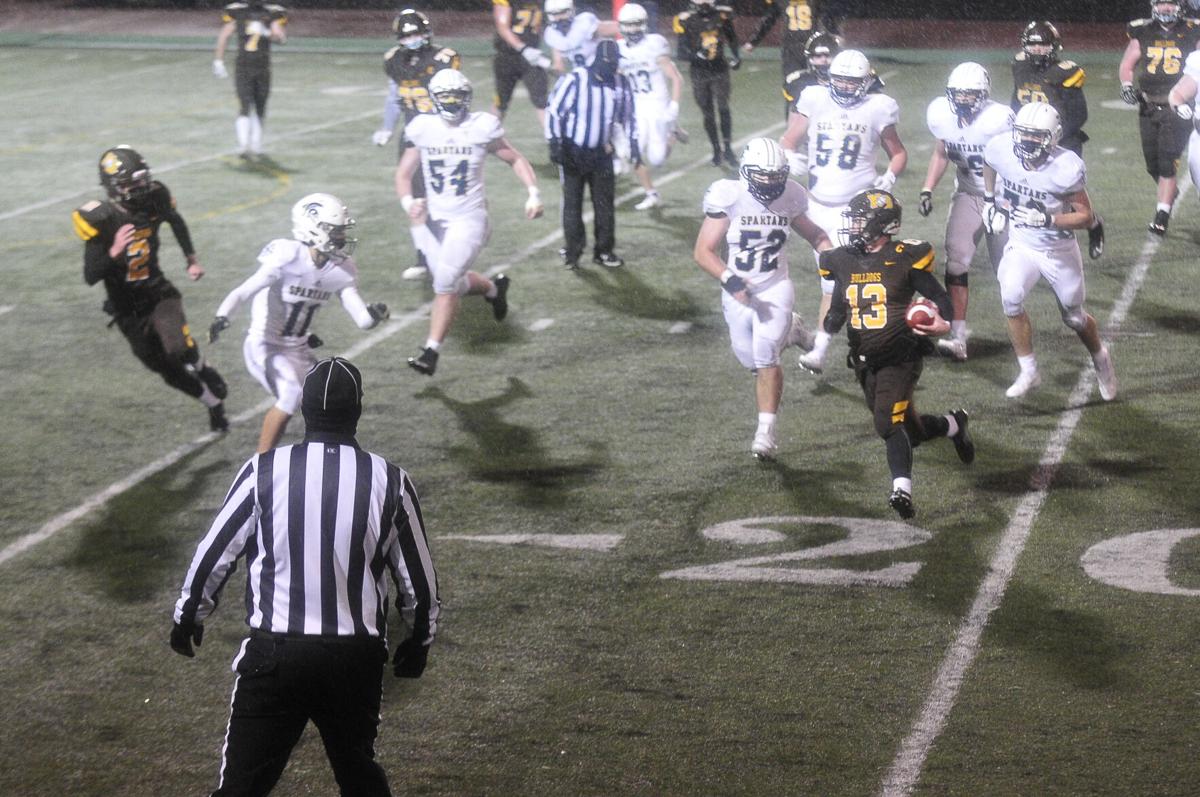 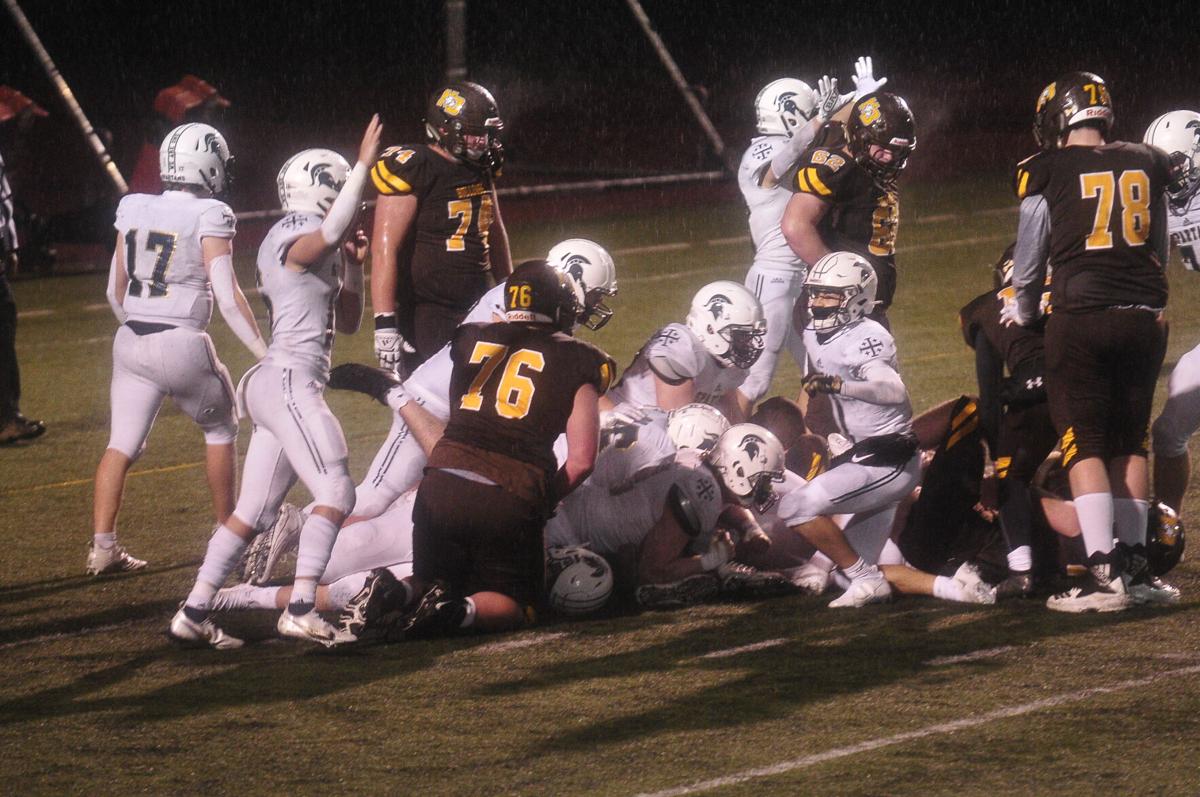 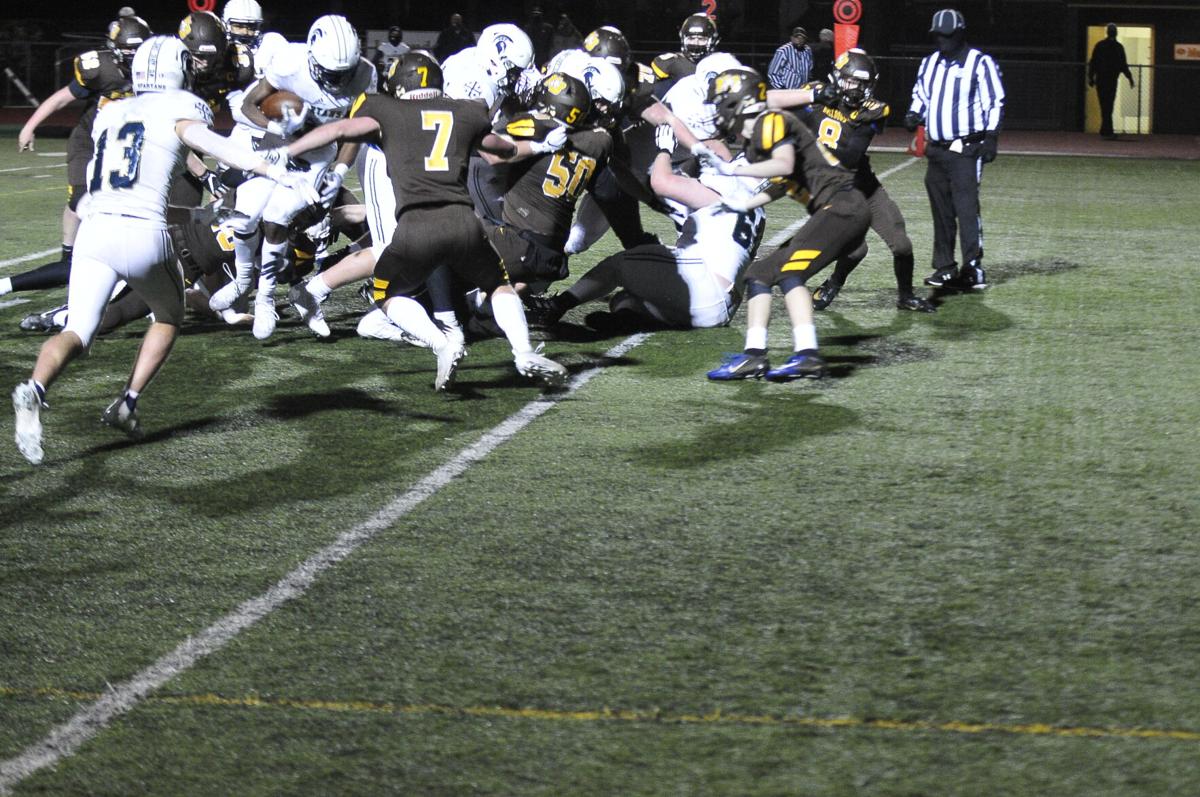 Marist Catholic running back Lucas Tuski fights through North Bend's defense on the way to the goal line for one of his four touchdowns Friday night. 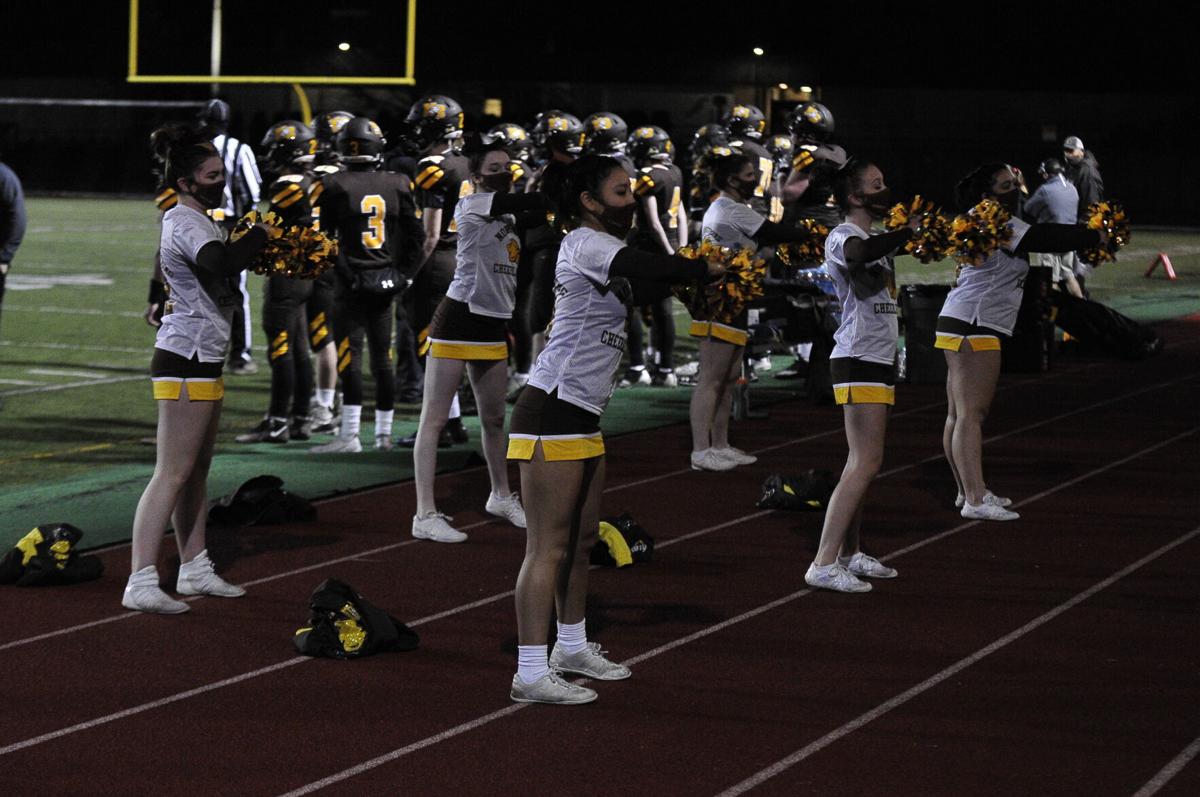 North Bend's cheerleaders perform a routine during the Bulldogs' game against Marist Catholic on Friday night. The cheerleaders wore special shirts commemorating North Bend player Ian Spalding, who died last summer and would have been a senior this school year.

Marist Catholic running back Lucas Tuski fights through North Bend's defense on the way to the goal line for one of his four touchdowns Friday night.

North Bend's cheerleaders perform a routine during the Bulldogs' game against Marist Catholic on Friday night. The cheerleaders wore special shirts commemorating North Bend player Ian Spalding, who died last summer and would have been a senior this school year.

NORTH BEND — The end result Friday was not what North Bend’s football team hoped for — a 42-14 loss to Marist Catholic on a cold, rainy night.

The silver lining? There was a game at all.

“I’m just excited to play — excited to get on the field,” said Jake Posey, who scored both North Bend touchdowns. “We all feel that way.”

The Bulldogs had some good moments throughout the contest. But missed opportunities and an inability to get a few stops wiped out any chance of a season-opening victory.

“Defensively, we struggled to get them off the field,” North Bend coach Gary Prince said.

The athletic Spartans scored on their first four possessions while twice stopping North Bend on fourth-and-short situations and getting an interception near the goal line to thwart scoring opportunities by the Bulldogs.

Marist Catholic kept its first drive alive with a fake punt and got a 1-yard scoring run by Kaiden Ayoma for an early lead.

North Bend responded quickly, moving down the field and scoring on a 30-yard pass from Coleman Compton to Posey just two minutes later.

But the Spartans surged ahead from there.

Lucas Tuski scored the first of four touchdowns on the night, taking an option pitch from quarterback Joey Laing on fourth down and streaking around the end 23 yards to put Marist Catholic ahead for good.

After stopping North Bend on fourth down, the Spartans got a second score from Tuski on a tough 3-yard run on the first play of the second quarter.

The Spartans went ahead 28-7 when Laing connected with Luke Patterson on a 39-yard scoring play. Patterson preserved the lead with an interception near the goal line.

“I thought the first quarter was back and forth real quick,” Prince said. “They came down and scored and we answered. Then we struggled to get going offensively.”

The Bulldogs got a defensive spark on Marist Catholic’s first two possessions of the second half. Chase Taylor recovered a fumble after a sack by a teammate and Sidon Green recovered another fumble.

“The second half we made some good adjustments,” Prince said.

But the Bulldogs weren’t able to capitalize on either of those turnovers. The Spartans stopped a fourth-and-goal play from the 1 after one of them and Tuski scored on a tackle-breaking 13-yard run to essentially put the game out of reach.

Posey raced 41 yards for a score on the final play of the third quarter, but the Spartans stopped North Bend inside the 10 on another drive and Patterson had a second interception. Tuski had his final touchdown when the Spartans were trying to run out the clock with just over a minute to go and he got outside North Bend’s containment.

“I liked how we kept playing to the final buzzer,” he said. “And whenever we made plays, we encouraged each other. Because we didn’t have a crowd, that’s important.”

North Bend will look to regroup before traveling halfway across the state to face Baker at Crook County High School on Saturday.

“That’s why you play the first game — to figure out where to go from there,” Prince said. “We’ve got a lot of work ahead. The kids are excited to get better.

“As a coach, I want to make sure we put them in a better position to be successful next week.”

Posey said the players would get back to work in practice trying to get better every day.

“We’ve just got to brush this off and get better for next week,” he said.

The Bulldogs will make the trip to Prineville and back in one day, leaving early in the morning for a game scheduled to kick off at 2 p.m. and returning late.

Prince is fine with that.