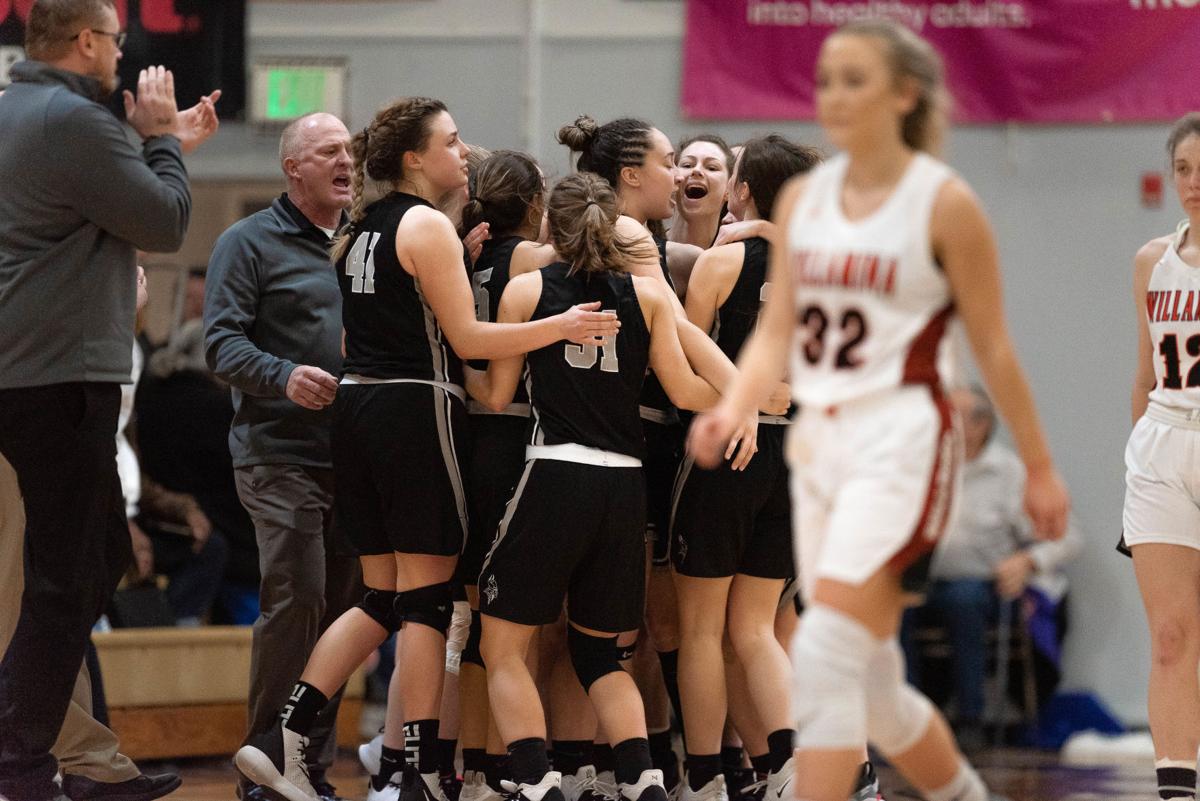 Vale celebrates its win against Willimina in the Class 3A girls fourth-place game Saturday at Marshfield High School. 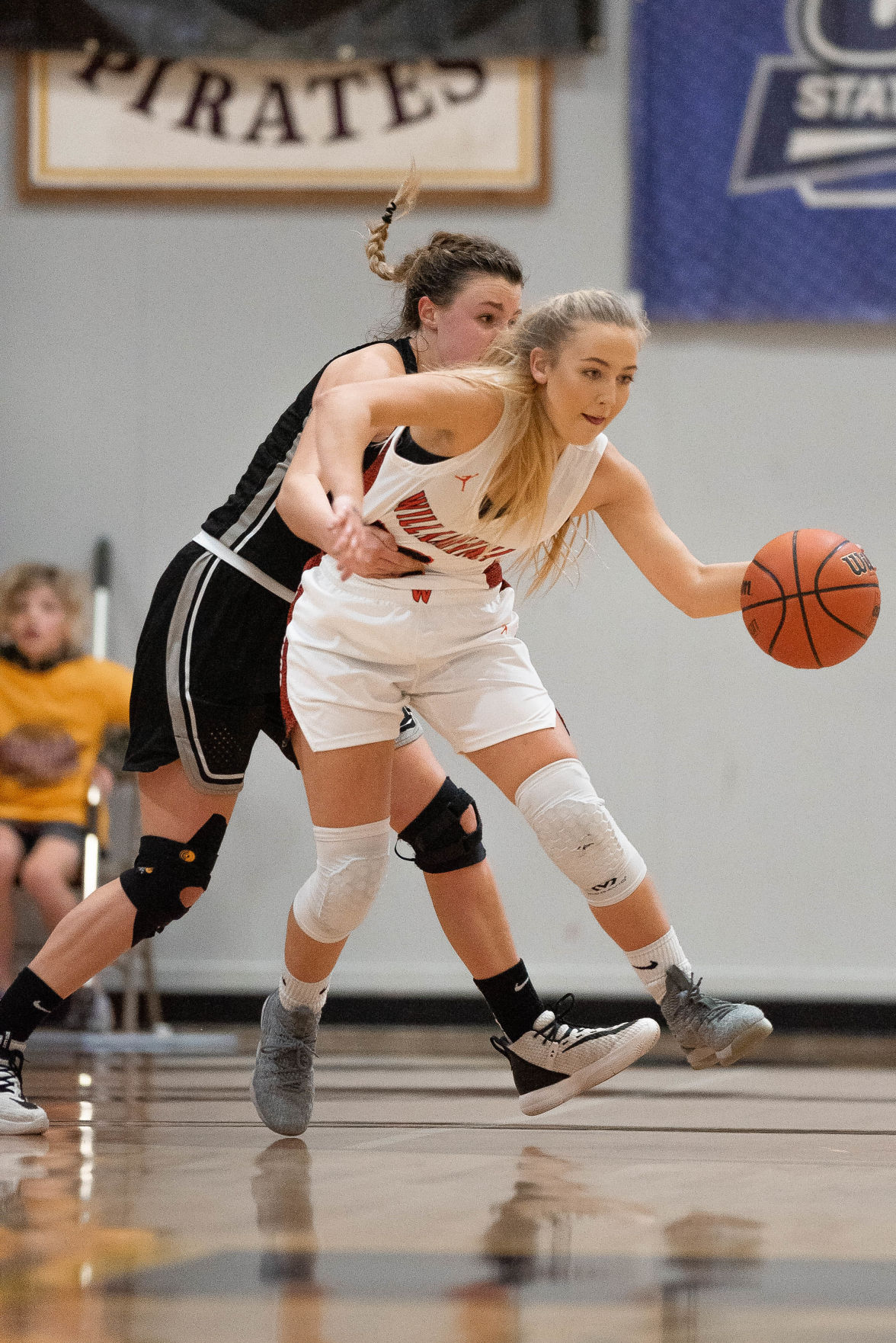 COOS BAY — There was no time for Vale’s Emersyn Johnson to get nervous.

With 23 seconds left in the game and the Vikings trailing Willamina 33-31, Johnson got a pass from Mattie Siddoway and hit a baseline jumper to tie the game. Johnson was fouled in the process and after sinking the free throw, Vale went on to take a 34-33 victory and claim fourth place in the Class 3A state tournament.

3A Girls Vale Vs. Willimina

“I heard one of my teammates say shoot it, so I just went up. I think it was just so fast that I didn’t really realize how much time was left and how much pressure there was in that shot. I think just having composure helped me make it,” said Johnson who scored nine of Vale’s 11 fourth-quarter points.

Johnson had 12 points in the game and was six-of-seven from the free throw line with the only miss coming with 0.2 seconds left in the game.

“I think it helped that I had made my previous free throws. I had a little more confidence up at the line,” Johnson said. “(Thursday’s quarterfinal against) Sutherlin was a close game and I missed one of my free throws and I really did not want to be in that position again so I just told myself, you’ve got to make this one.”

With two minutes left in the third quarter, the Vikings trailed 27-18.

“When you know you’re only going to score 30, nine is a big deficit,” said Vale head coach Jason Johnson.

Constantly making things happen was Vale’s Siddoway. Flying around the court as she absorbed and created contact on both ends of the floor, she led the Vikings in rebounds (15), assists (three), steals (three) and blocks (two).

“Obviously my shot wasn’t falling so I was telling myself OK, let’s focus on the defensive end and hitting other people whose shots are falling,” said Siddoway who was 3-of-15 for 9 points. “Thankfully that was Emmy and she came through really clutch tonight and I’m so happy.”

After Vale’s Rachel Wolfe hit a layup, Siddoway knocked down a 3-pointer for the Vikings to make it a 27-23 game. Throughout the fourth quarter Emersyn Johnson got to the line and the defense got stops as Vale chipped away at the lead.

While Vale needed a rally late, the Vikings had a 12-11 lead after the first quarter. Willamina went on to outscore the Vikings 9-2 in the second quarter. Making the offense go for the Bulldogs was Kaya McLean who had 14 points in addition to 10 rebounds.

“Day three is tough and it always is and early in the morning. I told the kids we would probably hit a wall and we hit it for quite a spell there,” said head coach Johnson. “They just stayed the course and eventually we found the basket again and some good things happened.”

After the overtime loss to Sutherlin the Vikings were pleased, but not quite satisfied, with the final result of the season.

“It means a lot,” said Siddoway. “We wanted first but winning consolation will do for now.”

For Willamina head coach Tom Anderson it was a tough loss to swallow but he remained excited about how the season unfolded.

“One-point game. Those are the kind of games you want to play but you want to come out on the other side,” he said.

“We set some goals and the kids succeeded their goals this year. We got to the tournament, we won a game and we end with a trophy. For the kids, they really played beyond expectations, I’m so proud of them. It’s a young group, so we’ll continue to work on building, be better next year but right now we’ll enjoy what we accomplished right now.”