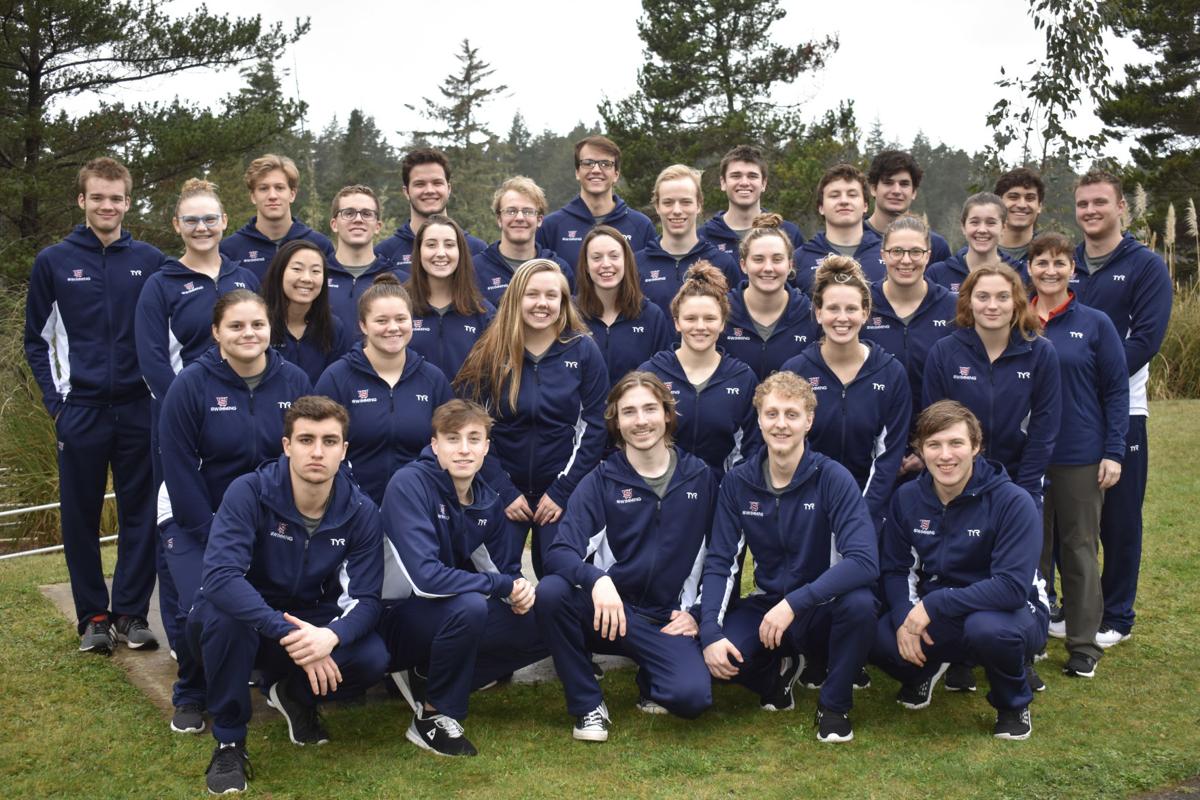 The SWOCC swim team poses for a photo this season. Collectively, the team broke all but 10 of the school records during the season. “It’s so exciting to see the program continue to grow and thrive. That's the rewarding part, seeing these kids step up,” said Bullock on Monday afternoon. “I believed in them, they had some doubts when they saw the (heat) sheet and then step up and really achieve a lot of their goals. And kind of set the program up for a great future.”

Earlier this month the SWOCC men’s and women’s teams competed at the NJCAA National Championships in Florida where the women took third place and the men claimed fourth as a team.

It was all part of the evolution of the program that started in 2014. This year’s swimmers continued to reset team expectations as there were 36 school records set this season out of 46 possible events. Twenty-seven of those school-best times came at Nationals.

For the Lakers, it’s not just that the team was seeing improvements but that these improvements are leading to competitive times. There is no better example than for sophomore James Camp who took home a national title while in Florida after four second-place finishes a season ago at Nationals.

“I won the 50-yard butterfly and it was very exciting because last year I barely came in second in that by just touched out. So actually getting first in it this year, I’m very, very happy about it. I’m very excited,” said Camp who earned his first personal best time of the season at Nationals with his new record in the 100 freestyle (45.29).

While Camp was pleased with his individual time, he was thrilled about how his team had performed.

While Camp was the only SWOCC champion at the meet, the Lakers had 12 second-place performances over the weekend.

The group of Zaplatar, Steward, Nathan James and Camp set a record in the 200 freestyle (1:24.87) earlier in the season.

“It was a very rewarding trip. Not everyone had an awesome meet but we came together as a team,” said Bullock who was pleased with what the team accomplished but not satisfied.

But before the SWOCC swimmers can head back in the pool, students were sent home for spring term to take courses online due to the coronavirus.

“It’s a level playing field. Everybody is in the same boat so it is how do we manage it and who does their job of staying fit and staying committed and staying motivated and making sure they come back,” said Bullock. “That’s the biggest challenge (for us) with this world crisis that we’re facing.”