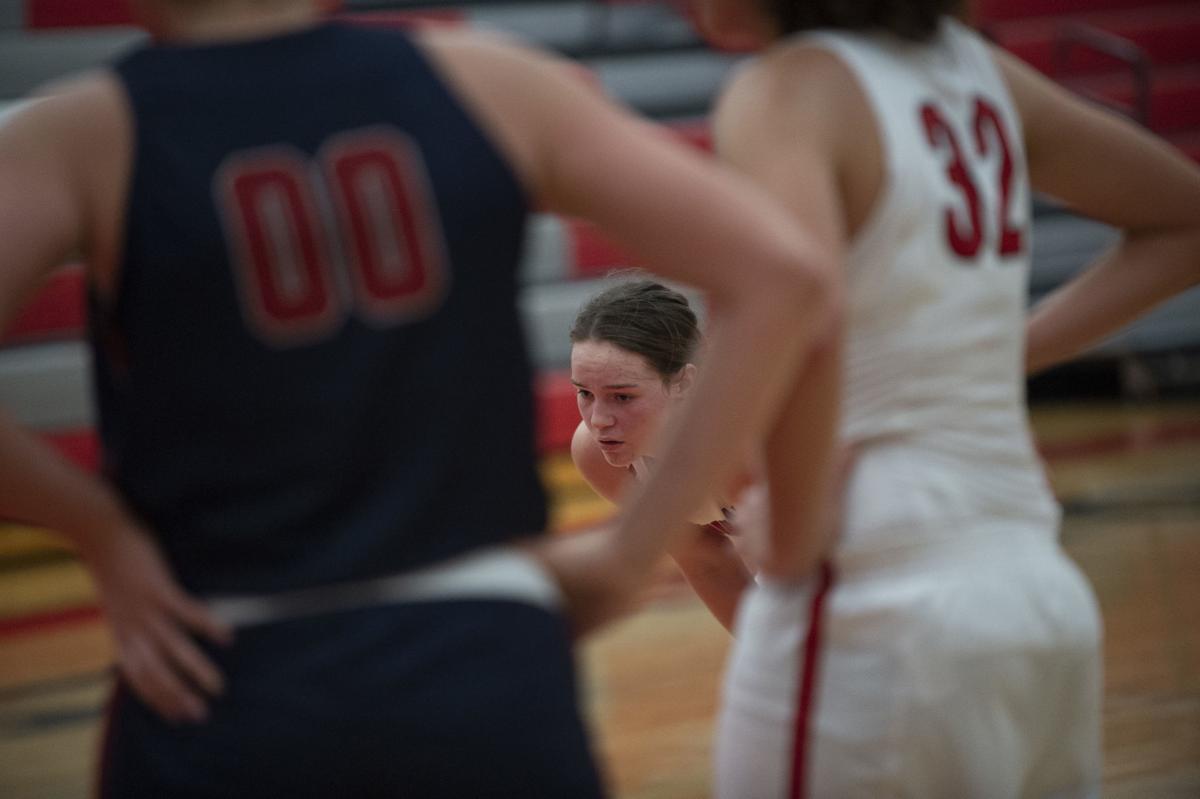 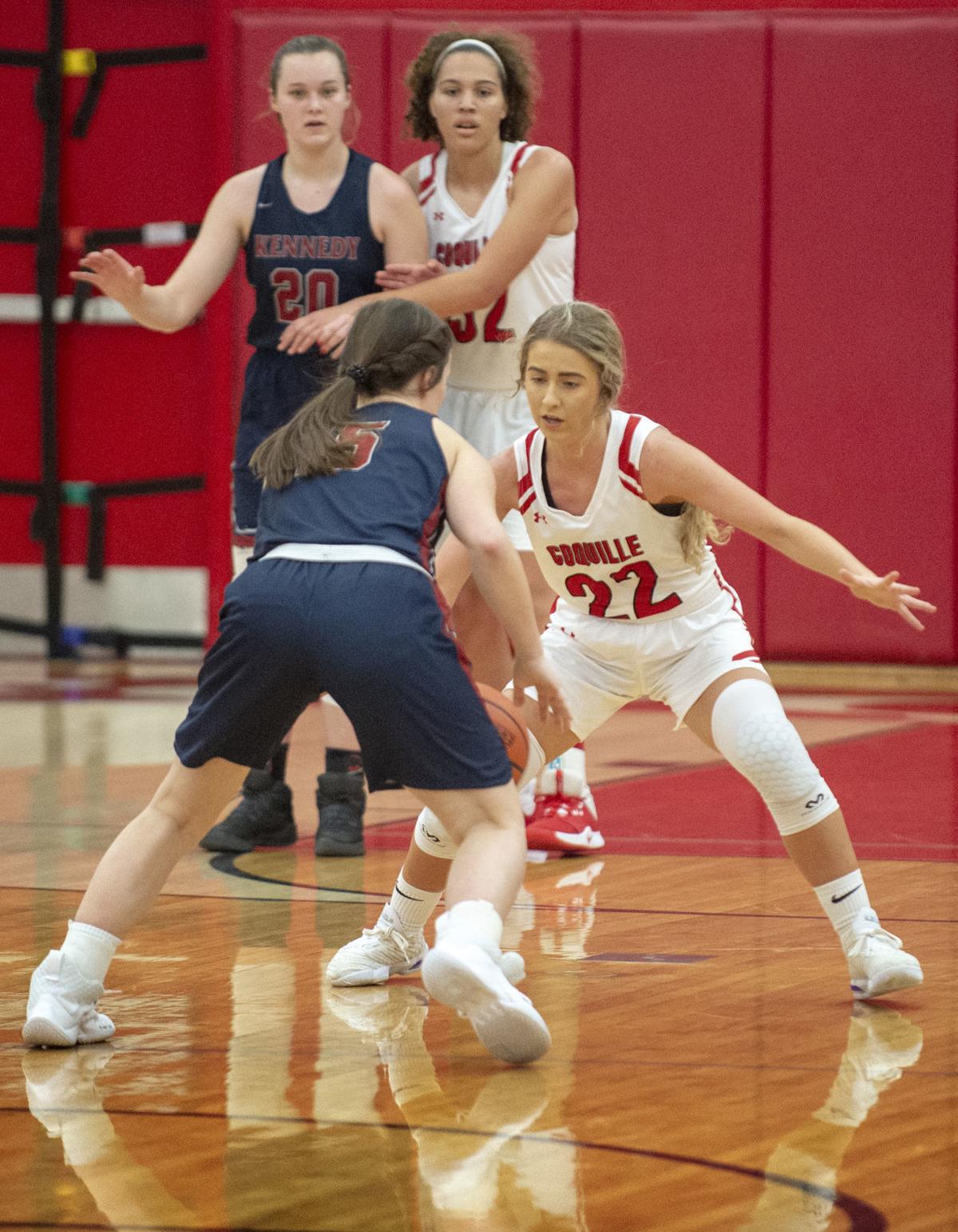 COQUILLE — Last winter, Coquille’s girls basketball team lost a close game to Kennedy and then ran through the rest of the regular season unbeaten before eventually reaching the Class 2A championship game.

The Red Devils hope for a similar experience this season after falling to the Trojans 60-50 on Saturday in the First Community Credit Union Holiday Hoopfest, nearly a year to the day after their lone regular-season loss last season, a defeat Coquille avenged in the semifinals at the state tournament.

Coquille’s Morgan Baird said there’s a lot the Red Devils can learn from their first loss this season, one that came in a matchup of the top two teams in the Class 2A coaches poll.

“There’s a lot we can improve on for our league season,” she said, specifically mentioning “help defense, rebounding, and just hustling for the ball.”

The Red Devils were outplayed by the Trojans, who never trailed, building a double-digit lead midway through the third period and fighting off the one big challenge by Coquille late in that period and leading comfortably the final eight minutes.

“I’m just happy we won,” Kennedy’s Ellie Cantu said. “It kind of feels like revenge for last year — and we beat them here (on Coquille’s home court).”

Cantu and teammate Sophia Carley each had 14 points and Hailey Arritola had 15 for the Trojans, who shot a scorching 16-for-21 from the field in the second half, many of the baskets layins generated through good teamwork.

“I think we played well as a team,” Cantu said. “Our teamwork was really good. We were just (feeding) off each other.”

That was true in the most crucial stretch in the game for Kennedy.

Coquille got consecutive baskets by Maya Salazar, Hailey Combie and Baird to pull within 35-31 with just over a minute to go in the third.

Just when it appeared Coquille had the momentum, in the span of about 40 seconds, the Trojans got a basket by Arritola, a steal and a three-point play by Arritola and a basket by Rylie Newton after another turnover, restoring their comfortable lead.

Though they lost, the Red Devils felt good about how they played.

“I think that it was better than our other games that we won,” said Drew Wilson. “I feel we played better together. We had more positive attitudes.”

“We worked really well together,” Baird said. “We had a lot of intensity and fire.”

Though they moved the ball better, the Red Devils didn’t shoot well, hitting 17-for-44 from the floor, and didn’t make any 3-pointers. They did finish with a 31-23 rebounding edge, spurred by better rebounding in the second half.

That was a talking point at halftime after Kennedy won most of the loose balls in the first two periods.

And it will be a talking point going forward as Coquille prepares for the Sunset Conference season.

“A team that hustles will get to the next level,” Baird said.

The Red Devils plan to take that concept to heart.

The Red Devils have one more tune-up before league play starts, hosting Colton next Saturday.

“When you lose, you learn from your mistakes,” Wilson said. “I hope we come back stronger.”