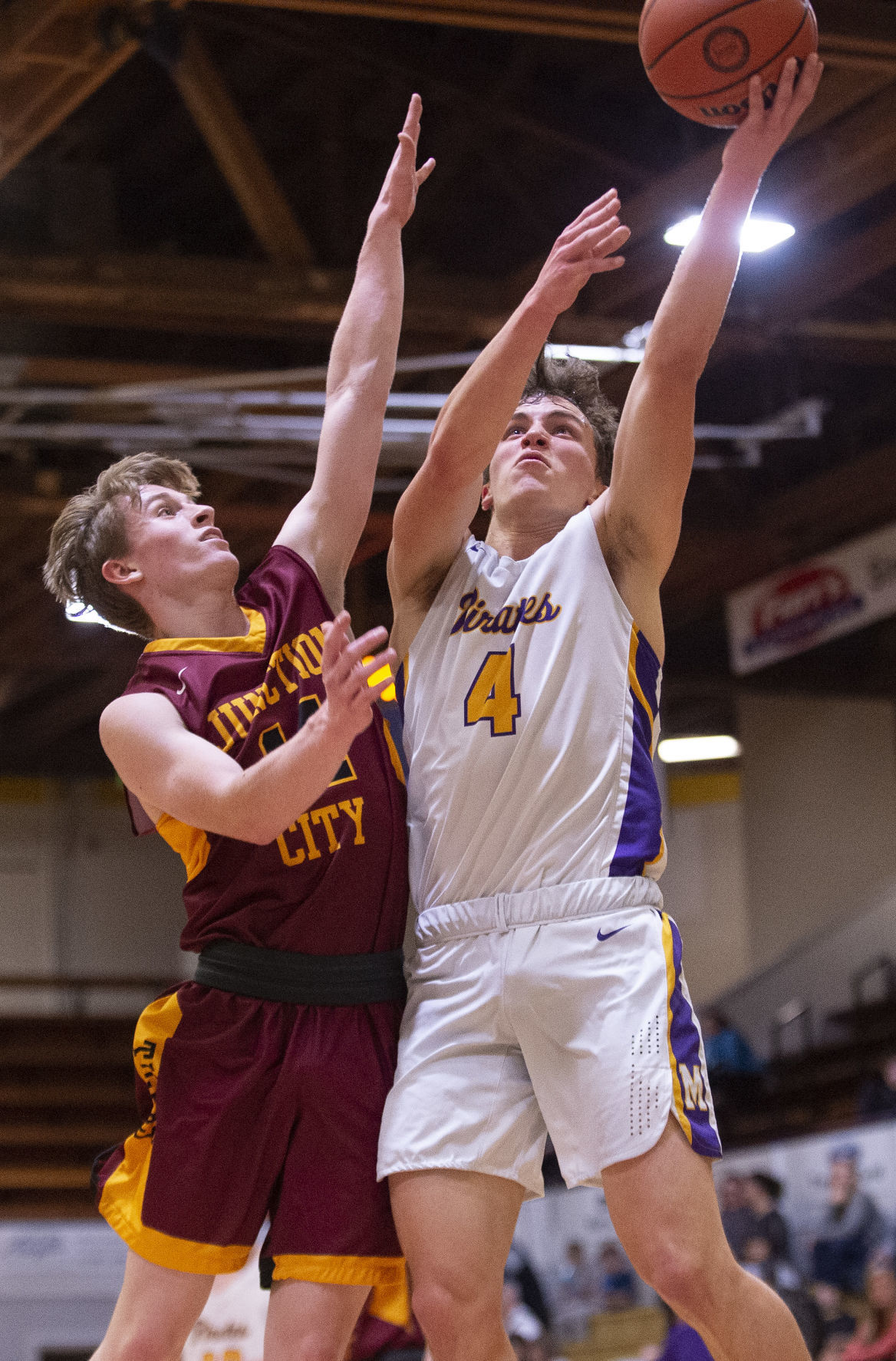 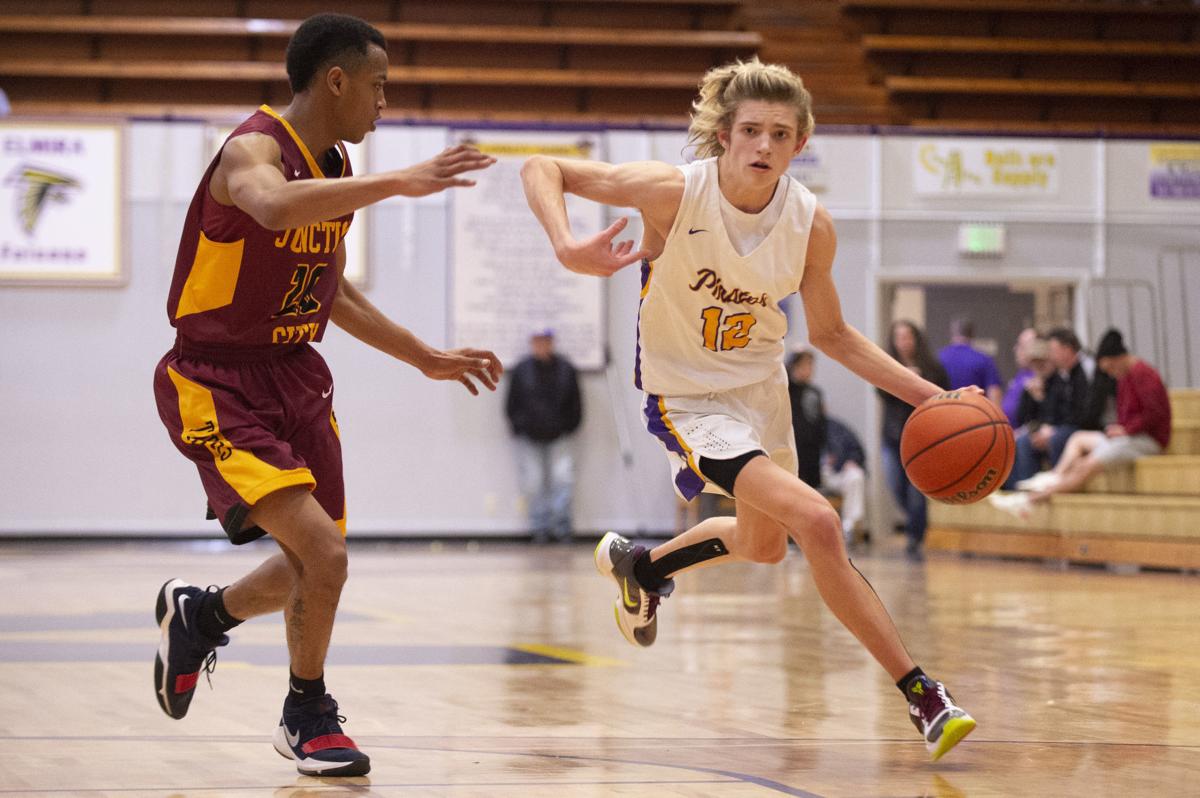 COOS BAY — With inefficient isolation plaguing the offense and confusion dooming the defense, the Marshfield boys lost to Junction City 66-55 at home on Tuesday night. After Marshfield’s third straight loss in Sky-Em League play, the Pirates had no shortage of explanations for their latest defeat.

“We didn’t get stops, we didn’t close out on shooters, we got beat off the dribble and then we did not run any offense. None whatsoever,” said Marshfield head coach Marty Stallard.

“We were playing well and then we got away from that,” said Stallard.

Swinging the ball to wide-open shooters, Junction City took off in the second quarter. It was a display of efficiency as the Tigers scored 28 points on nine-of-11 shooting from the field and went nine-of-nine from the free throw line. Junction City finished 17-of-19 on free throws for the game and shot 65% from the field.

“We got into our game plan in the second quarter and really stayed with it the rest of the ball game,” said Junction City head coach Craig Rothenberger. “When we move the basketball, we have enough tools that we’re pretty hard to contain.”

Six different players scored in the quarter for Junction City including seven points from Riley Sangermano. Sangermano led all scorers with 21 points.

“(Junction City) moved the ball, they moved on offense and they’re disciplined and we’re not. And we get a lead and then we give it up just like that because we go down, we don’t run any structure and we go and start shooting bad shots,” said Stallard. “And if you miss, then it goes the other way and the momentum swung just like that.”

Outside of Pierce Davidson’s eight points in the quarter — including two 3-pointers — the Pirates struggled to find offense. With Ainsworth on the bench in foul trouble for the final four minutes of the quarter, the ball continued to get stuck in one spot for the Pirates.

The offensive woes only continued into the second half as Marshfield scored 20 total points. But the Pirates, the highest scoring offense in the Sky-Em League, exiting the game the offense was not the key worry. That came on the defensive side of the ball.

The sense of confusion permeated across the team.

“I think that we’re kind of a mess on the defensive end,” said Ainsworth.

Davidson added a similar sentiment, “We’ve got to figure something out on defense ... I think we’re switching it up too much. I think we could rotate better, find better spacing.”

The Tigers continued to hum along offensively throughout the half. Marshfield briefly got the game back to single digits in the fourth quarter before Junction City answered back and extended the lead to 14.

Both teams entered the day at 3-2 in league play but now Junction City sits alone in second place at 4-2 while Marshfield is tied with Siuslaw at 3-3. Marist Catholic is at the top of the league at 6-0. After harboring hopes of a league title, this recent run of games has left Pirates looking for answers with four league games left.

“Right now we’ve got to look ourselves in the face and figure out what’s wrong. We’re going to start tomorrow,” said Stallard.

“We’re going to sit down, go over this stuff and we’re going to re-evaluate some of our personnel. Maybe go with some different people. What we’re doing right now is not working. It’s not.”

Marshfield has its final road game of the regular season on Friday at Cottage Grove. The Pirates then close out league play with home contests against Siuslaw, Marist Catholic and Elmira.

The girls basketball teams from Marshfield and Junction City pride themselves on defense.