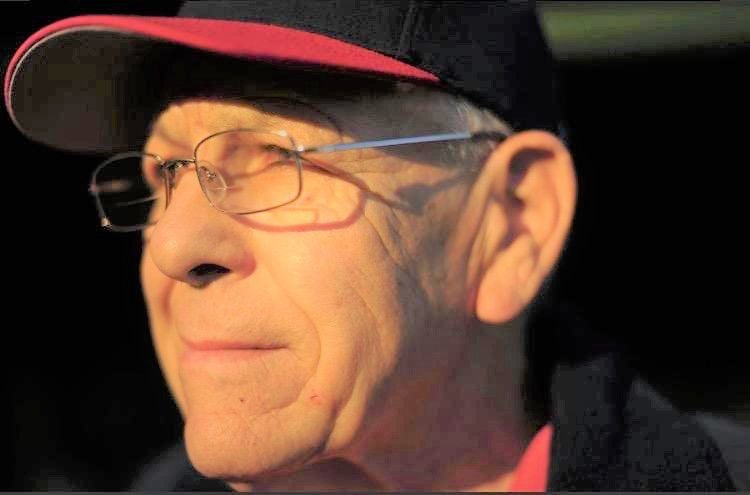 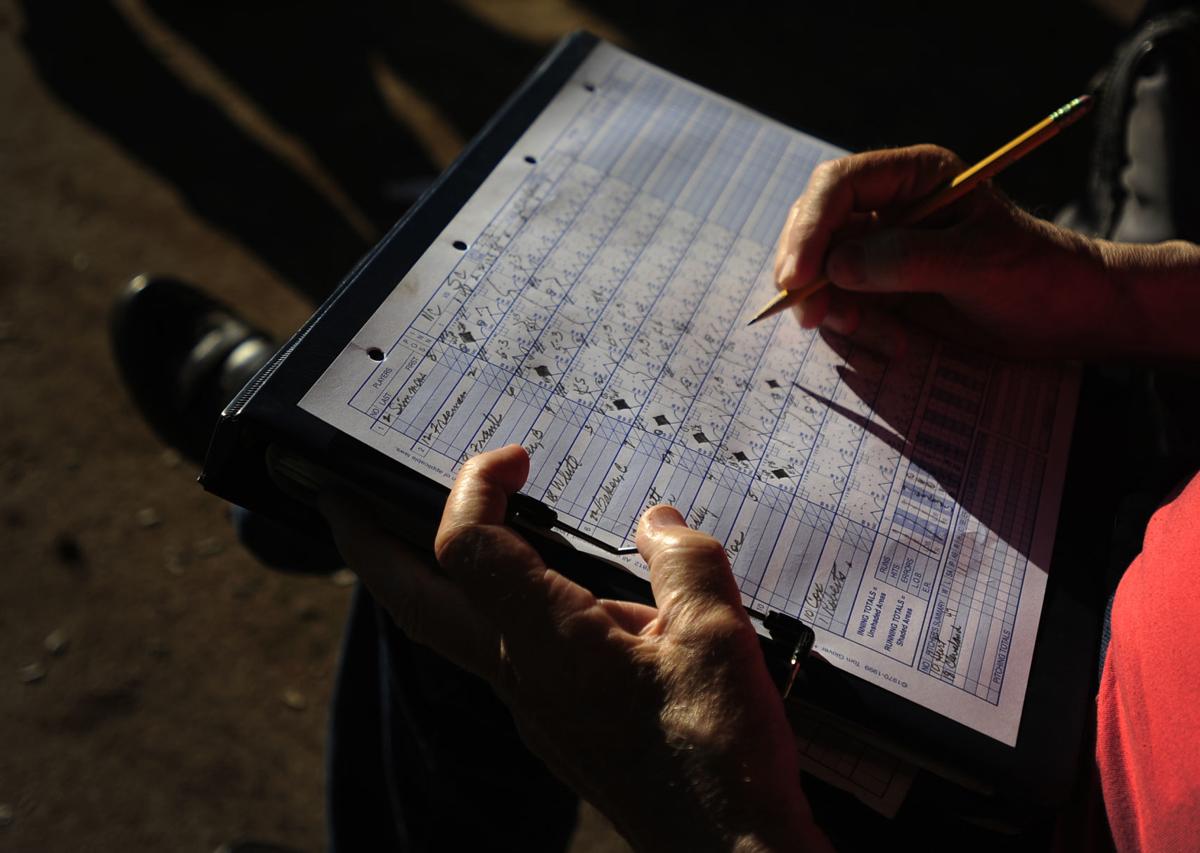 Bud Grant keeps the scorebook for North Coos team during a doubleheader against South Coos in a league doubleheader in 2017. 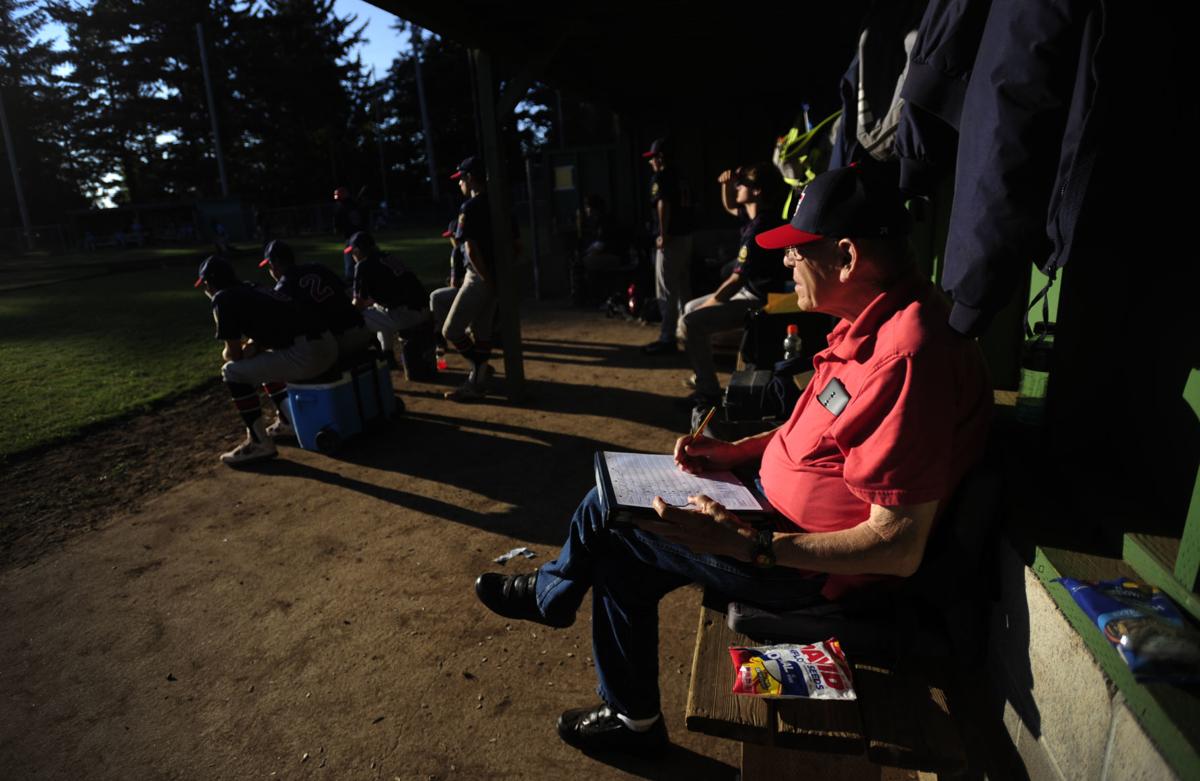 Bud Grant watches the game as he manages the scorebook during the doubleheader between North Coos and South Coos in 2017. 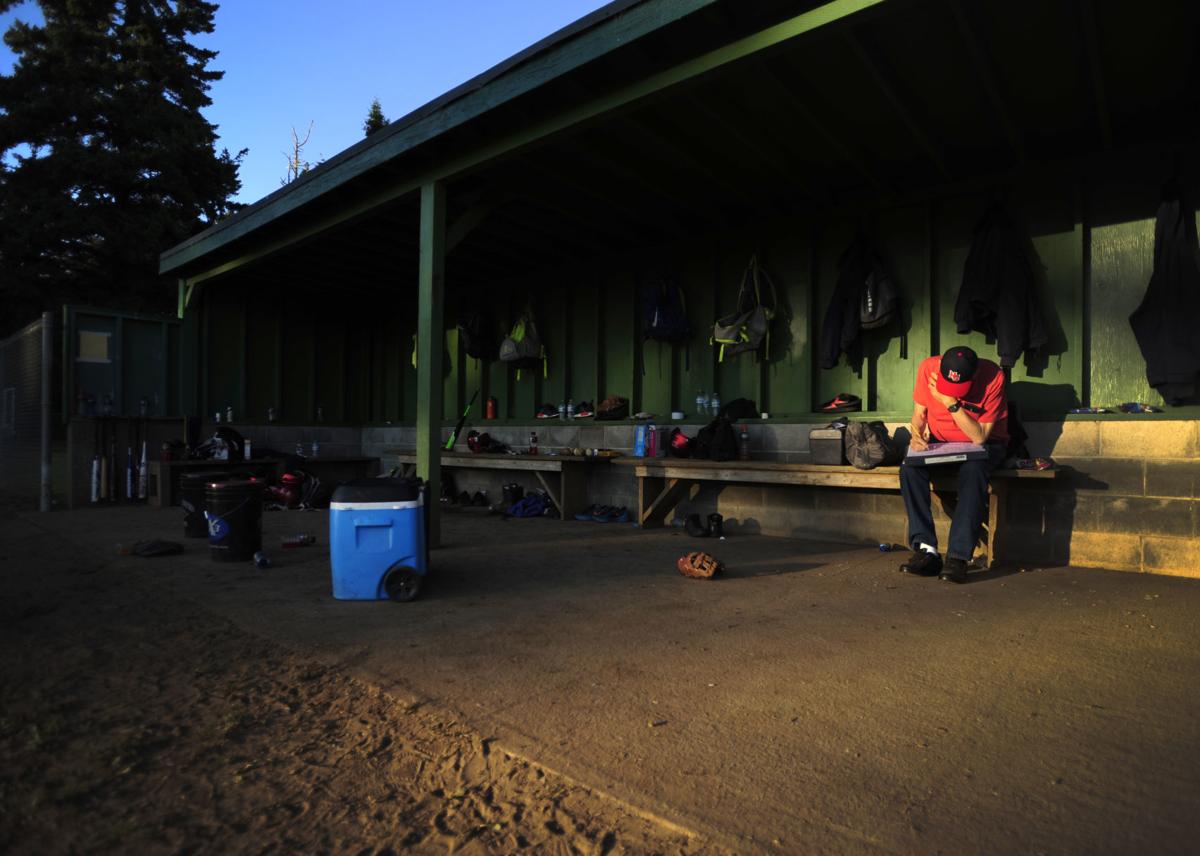 Bud Grant compiles stats for North Coos Waterfront A Senior Legion after a doubleheader against South Coos A ball club in 2017. “For legion, for 30-plus years, there’s been a revolving door of coaches. There’s been one constant: Bud Grant," commented North Bend and North Coos manager Brad Horning. "There’s been lots of people that’ve been around at different times, but there’s been one pillar with this.” 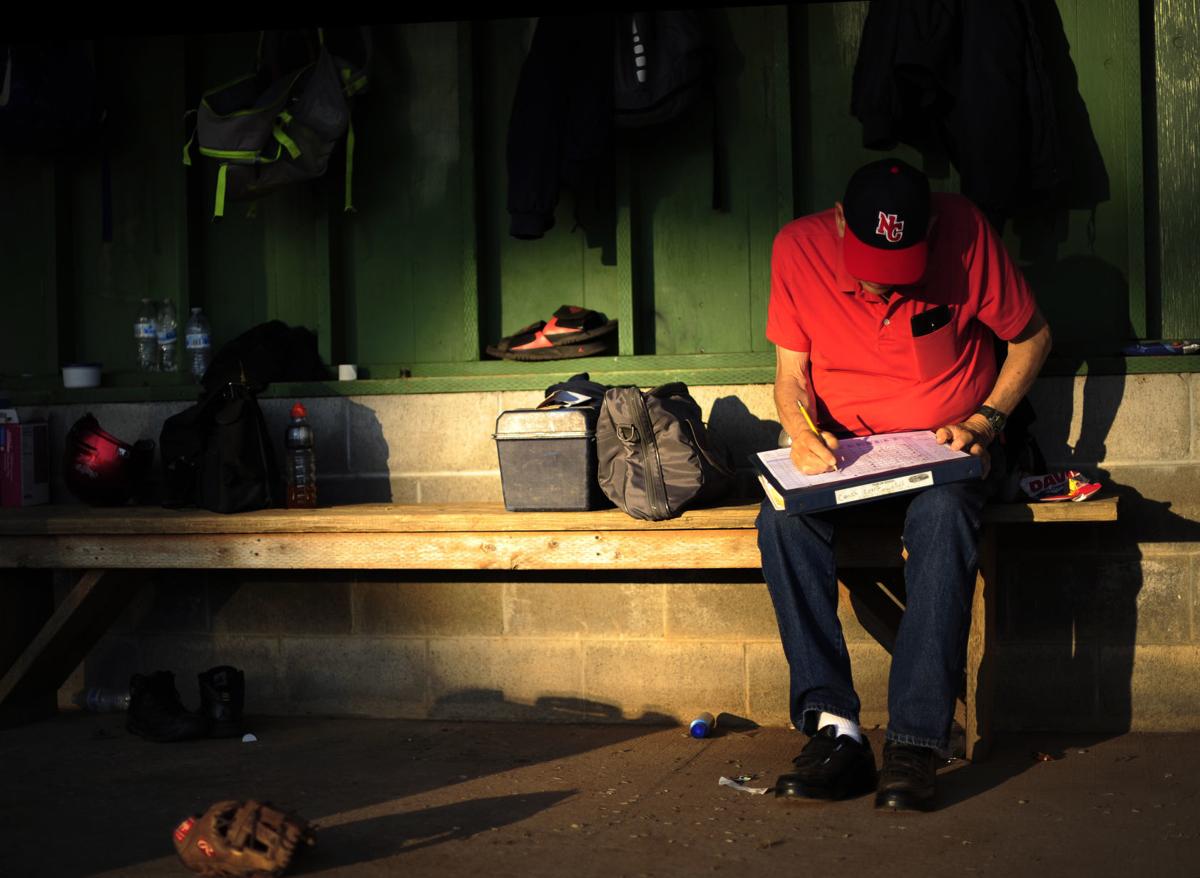 Bud Grant compiles stats for North Coos after a doubleheader against South Coos in 2017.

The South Coast has lost another great baseball mind.

Bud Grant, who was involved in the North Coos American Legion program for three decades, died recently, just days shy of his 80th birthday from complications of earlier illnesses.

Bud Grant watches the game as he manages the scorebook during the doubleheader between North Coos and South Coos in 2017.

Having known Bud for years and years (and years), I am sure I will feel something is missing in the bleachers along the third-base line at Clyde Allen Field during American Legion games next summer — as well as in my phone’s texting in-box, where I received so many scorebook pages, all with Bud’s cursive handwriting.

And I will be far from alone in my sentiments.

His death drew reaction from American Legion coaches and officials from several other parts of the state, said North Coos coach Brad Horning.

“He had done such a great job connecting with those guys and keeping the single-A Legion running and going in the right direction,” Horning said. “Bud is kind of the face of that across the state. Those shoes statewide are going to be hard to fill.”

They are also going to be hard to fill on the South Coast.

Bud served as manager for the team with Horning as the coach most of the past 20 years. The term manager encompassed many, many things.

“To me, it’s like a ripple, that thing you throw in the water and it just ripples out and just keeps going and that was his effect,” Horning said.

Bud did the scheduling for North Coos for years, by himself or with Horning, networking with the other coaches in Southern Oregon.

He handled sponsorships and fundraising. He inputted the roster for the team into the national American Legion database. He made sure funds found their way quickly into the bank so the team could meet its financial obligations. He took care of the uniforms. He coordinated the state tournament, three times bringing it to Clyde Allen Field. And fittingly the last book he kept for North Coos in Oregon was when the Waterfront won the state title at Legion Field in Roseburg last summer.

Bud Grant compiles stats for North Coos Waterfront A Senior Legion after a doubleheader against South Coos A ball club in 2017. “For legion, f…

“I don’t think I’ll ever look at a pencil the same way,” Horning said, referring to Bud’s prolific scorekeeping.

But there was more than just that.

Over the years, when Bud missed games, the players wanted to know where he was.

“He had a really consistent personality,” Horning said. “He was easy for kids to interact with and ask questions of.”

Horning first interacted with Bud as a player, back when he played for North Coos three decades ago. Then, as recently, Bud helped the team in a coach or manager role.

For the Gunther family, his involvement goes further back.

He was the baseball coach at Coquille High School when my younger brother Andy was a player, helping keep the program alive.

“Bud really loved the sport,” Andy recalled. “I believe in my high school years, baseball was unfunded, so we had to raise the money to field a team and I’m pretty sure Bud didn’t get paid anything.”

He was always in it for the kids anyway, including coaching his own sons and numerous other Coquille youngsters in multiple sports.

Outside of the direct family, he will always be remembered for baseball.

“Although I can’t say he was an amazing coach, he did a lot to keep the high school program alive and to help me along,” Andy recalled. “He got me into American Legion as well.”

When Andy had finished his freshman year at Oregon State, Bud even lined up a job so Andy could work to save money for college and get in one last season of baseball.

Of course there was much more to Bud than just baseball.

Bud Grant compiles stats for North Coos after a doubleheader against South Coos in 2017.

He graduated from Coquille in 1958 and played basketball for Linfield before entering the Air Force, where he served as a senior airman and even marched in Lyndon B. Johnson’s inaugural parade.

He worked for Roseburg Forest Products for 45 years and was married to Barb for 53 (she died late last year).

He also was an avid bowler with numerous 300 games to his name and a career-best series of 813.

“I wish I would have went and seen him bowl,” Horning said. “Dad always said Bud was a hell of a bowler.”

Bud Grant keeps the scorebook for North Coos team during a doubleheader against South Coos in a league doubleheader in 2017.

A celebration of life for Bud is planned for 3 p.m. Saturday at the Pioneer United Methodist Church in Coquille.

Jeff Grant, one of his children, encouraged people to come share stories. There will be many.

Bud’s was a life worth celebrating.