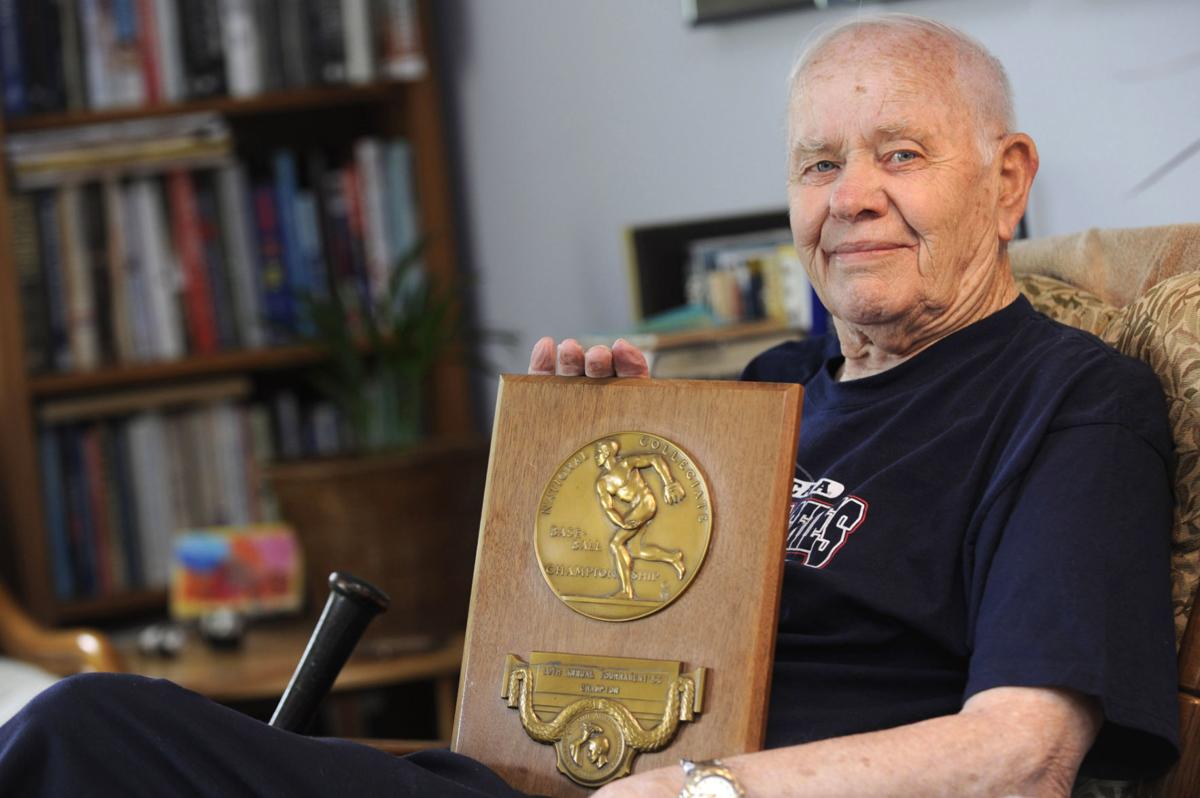 Bill Horning holds the trophy from his National Collegiate Baseball Championship in 1916, before traveling to the College World Series to mark the 60th anniversary of the title. 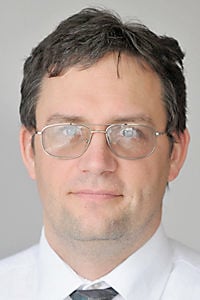 That’s when family, friends and former students will gather to remember Bill Horning.

The beloved former North Bend teacher and coach died early last month and will be remembered in a funeral Mass and following celebration of life at St. Monica Catholic Church in Coos Bay. The Mass starts at 1 p.m., followed by the celebration of life in the church hall. The family emphasized people are welcome to attend either or both events.

Horning was raised in South Dakota and was captain on the University of Minnesota’s 1956 College World Series champion squad. In the championship game against Arizona, he set a number of records at the time, including two home runs, five RBIs, four hits and 10 total bases.

Following college, he coached for a number of years in the Midwest, leading De La Salle High School to a Minnesota High School title before he and his wife, Rita, moved to the Bay Area, where he coached baseball, wrestling, cross country and golf at then-fledgling Southwestern Oregon Community College.

After two years back in the Midwest at Creighton University, Bill and Rita returned to the Bay Area for good.

He taught and coached for the Bulldogs, including leading the 1991 baseball team to second place in the state playoffs. He retired a few years later and then traveled the country promoting baseball while collecting autographs of athletes and other famous folks so they could be displayed on a huge baseball bat that measured 11 feet, 9 inches long.

With the renowned nicknamed “Big Bat Bill,” Horning collected some 400 autographs on little myrtlewood pieces that fit in the bat. The collection features baseball players, other athletes (including Arnold Palmer), celebrities (including actor Kevin Costner of Field of Dreams fame) and cartoonist Charles Schulz.

I had a chance to do two stories on Bill, one for the 50th anniversary of his College World Series title and another for the 60th. He enjoyed sharing tales from his days as a player and coach and traveling the country with the bat. He also treasured his family and his time in North Bend.

While he was well known for his bat in other parts of the country, he was beloved locally for his personality and his impact on others.

Horning was a successful baseball coach, but equally successful instructor.

“He was a super innovative PE teacher,” Brad Horning said. “That made it fun for all levels of athletes, not just the star athletes.”

And while he was a baseball coach for the Bulldogs, he enjoyed all the athletes.

“I think he had a great appreciation for all sports,” Brad Horning said, adding that his dad admired the “the effort it would take to be a swimmer, how dedicated you had to be to be a wrestler and how hard you had to work to be a runner.”

He and Rita also inspired their children through 63 years of marriage. And he loved supporting his kids and grandkids, as well as his former students.

The last North Bend football game he listened to, his grandson Lane, the son of Mark and Molly Nelson, had a touchdown pass and a two-point conversion for Willamette High School. The last baseball game he watched last summer was when the North Coos American Legion team coached by Brad won its second straight state title (he also was on hand when Brad became North Bend’s winningest baseball coach).

His last big public appearance was the North Bend Hall of Fame induction ceremony in October, when Rocky Murray, the star pitcher on the 1991 state runner-up squad, was inducted.

Horning had a chance to visit with several former players who came to the induction to support Murray.

A number of his former players are likely to be together again Saturday, along with some 35 family members in town to celebrate his life.

The bat won’t be there — Brad said it’s currently somewhere in the Midwest — but a lot of treasured memories will be shared.

The celebration comes two weeks to the day after another celebration of life, this one in Coquille for longtime preschool assistant Barb Grant, known widely in the Coquille community as “Grandma Barb” for her support of generations of kids, including helping teach my older two children.

Barb’s husband, Bud, coached Brad Horning when he played American Legion baseball for North Coos, and has helped Brad for years as the team’s manager, setting up the schedule.

Grandma Barb’s celebration included tales of her bowling prowess in Coquille and how much she loved watching her granddaughters play basketball.

It truly was a joyous occasion, much as Saturday’s event at St. Monica should be.

While it’s sad the two are no longer with us, it’s fitting that both are celebrated.

Marshfield and Coquille had players earn first-team all-state honors in football for the fall season, while other South Coast players received honors in volleyball and soccer.