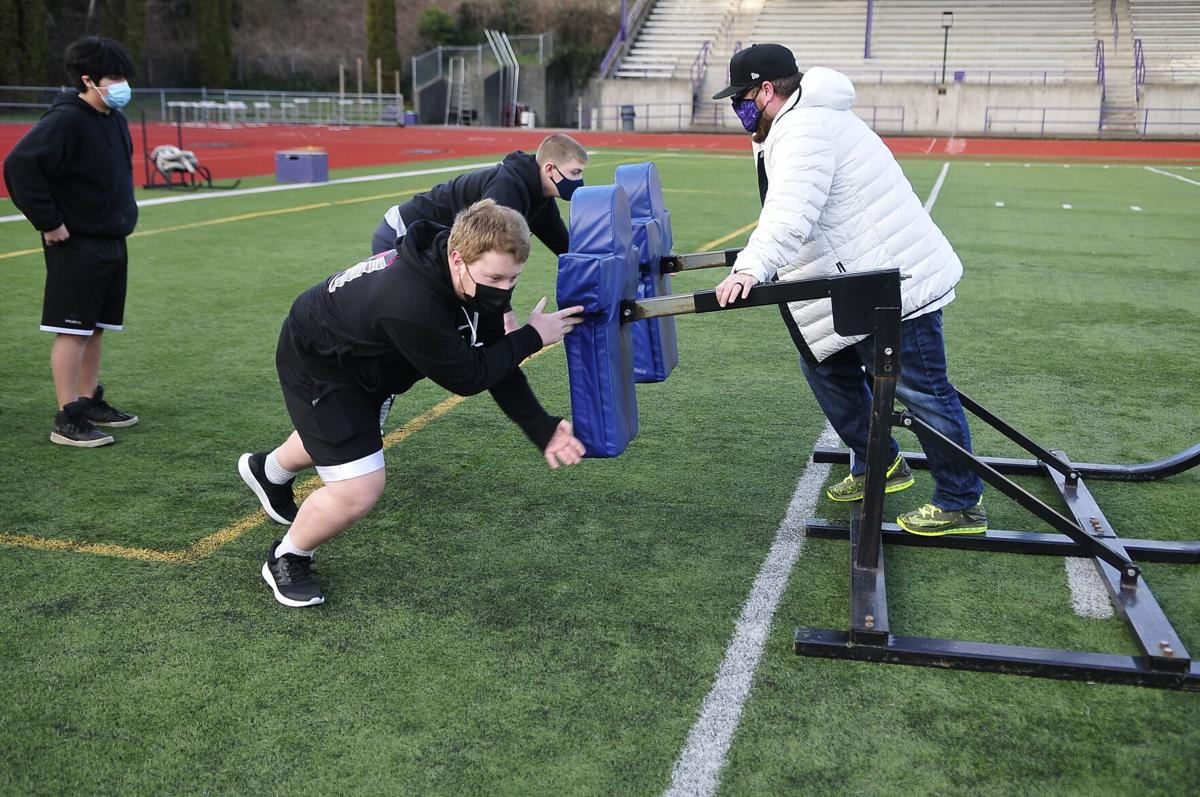 Marshfield players work through a blocking drill during a practice this week. 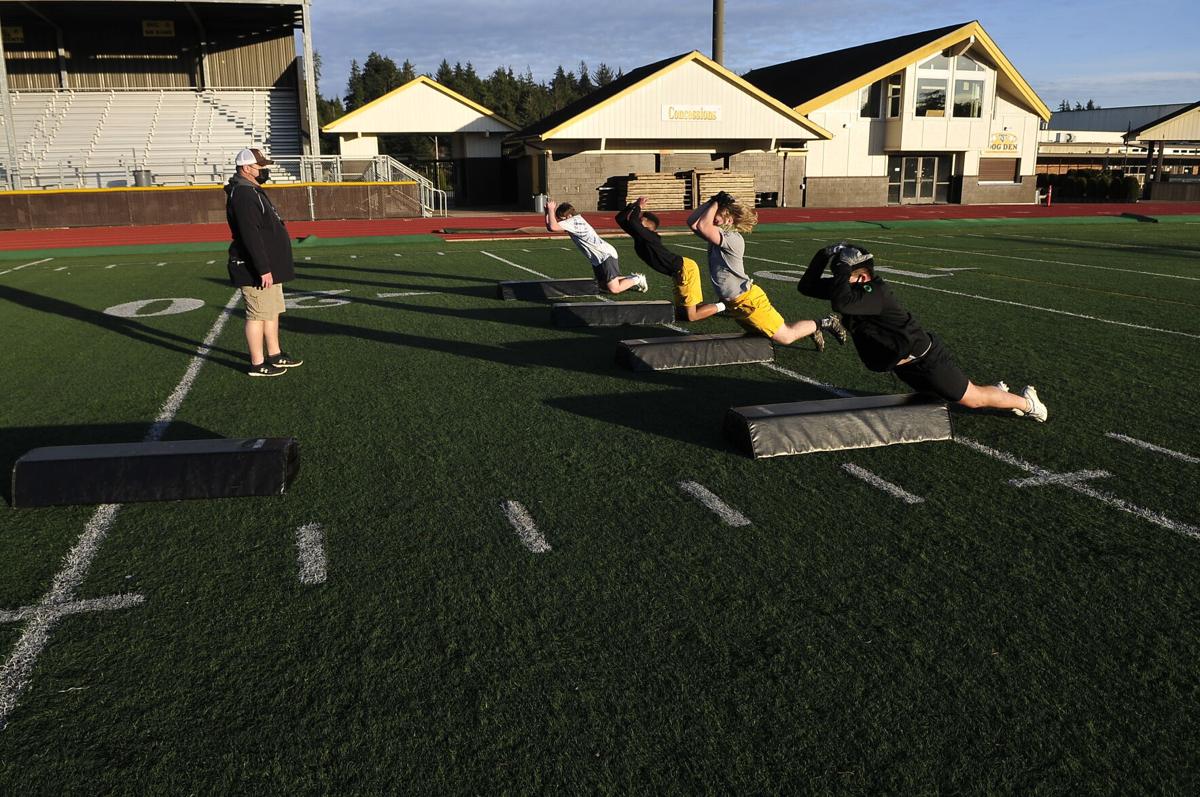 North Bend players work on their tackling technique with coach Gary Prince during a practice this week.

Marshfield players work through a blocking drill during a practice this week.

North Bend players work on their tackling technique with coach Gary Prince during a practice this week.

High school football practice officially started this week, though the Bay Area’s two teams have been working for months to get ready for a season they had no guarantee would happen.

On Wednesday, they finally got good news from the state, when Gov. Kate Brown provided new guidelines allowing for contact sports outside.

Just what that means for Coos County wasn’t yet clear Wednesday.

“I think the Oregon Health Authority is going to release new guidelines soon, hopefully give everybody a little more clarification on what different activities schools can participate in,” North Bend athletic director Mike Forrester said.

Before Wednesday’s announcement from the governor, the North Bend and Marshfield squads were working hard.

And not just on the first two days of official practice.

“We’ve been practicing since August,” North Bend coach Gary Prince said, adding that his team’s commitment has been great given the uncertainty about a possible season.

“We had a phenomenal turnout all fall and January up to this point. They’ve done everything we’ve asked of them. There’s a lot of kids here who haven’t missed a day. I have the utmost respect for how the kids have handled this.”

North Bend had enough kids that Prince had to split practices, with older players on the upper field and younger players on the lower field (since Coos County is in the extreme-risk category, only 50 people can be in one venue at a time).

At Marshfield, coach John Lemmons remains excited about his group, too.

Like North Bend, Marshfield’s players worked throughout the fall, including several weeks when the two teams went head-to-head repeatedly in seven-on-seven football.

“Just the fact of how hard they have been working and showing up and being dedicated and not really having a certainty of playing speaks volumes of these kids,” Lemmons said.

Unlike North Bend, Marshfield’s numbers have been down a little bit the first few days of practice, but Lemmons hopes that picks up now that there is a likelihood of a season.

“There are a number of football players who have been players since fourth or fifth grade who have stayed away,” he said. “I hope this sparks their interest to get those kids out.”

Lemmons is particularly excited for the linemen to get a regular season, after they were not able to participate on the passing-only seven-on-seven season.

“It’s so, so good,” he said. “If they weren’t going to let us play tackle, I wasn’t a real advocate of playing seven-on-seven because it wasn’t fair to those kids.”

Lemmons said Marshfield and North Bend tried several times to have a lineman challenge or lineman competition in the fall, but it never worked out because the rules kept changing.

“Those kids were working as hard as everyone else,” Lemmons said.

Both Bay Area coaches were excited about the prospects of a regular season.

“There’s a light at the end of the tunnel,” Prince said. “That’s what we’re all happy about.”

He noted that only a couple of states haven’t yet allowed football.

“I drove home many nights thinking it wasn’t going to happen and thinking about those seniors — it makes you want to cry.”

Lemmons also noted the mental health toll not having school, sports and other activities has taken on kids across the country during the pandemic, including some who have committed suicide.

“That’s the big tragedy in my book,” he said.

“We have had three schedules in place,” Forrester said, adding that another revision is in the works after Cottage Grove decided it didn’t want to play a varsity season.

Now tentatively, Marshfield and North Bend will play twice and both teams will play a few other schools.

Football is the only sport that started official practice this week. Volleyball, soccer and cross country can start on the 22nd, though those teams have been practicing, too. North Bend’s cheer team also was practicing this week.

The activities excite everyone involved.

“The kids need it,” Prince said. “Whether it’s football or volleyball or soccer — they need to be doing something.”