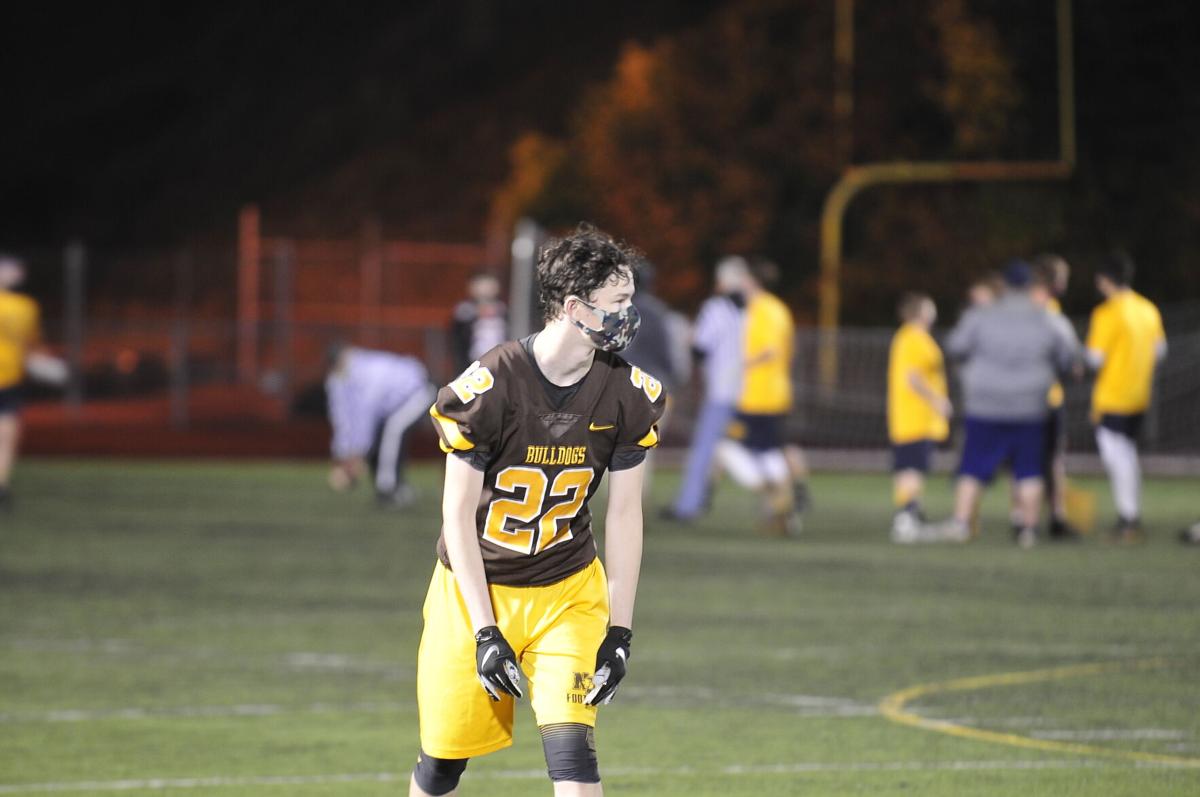 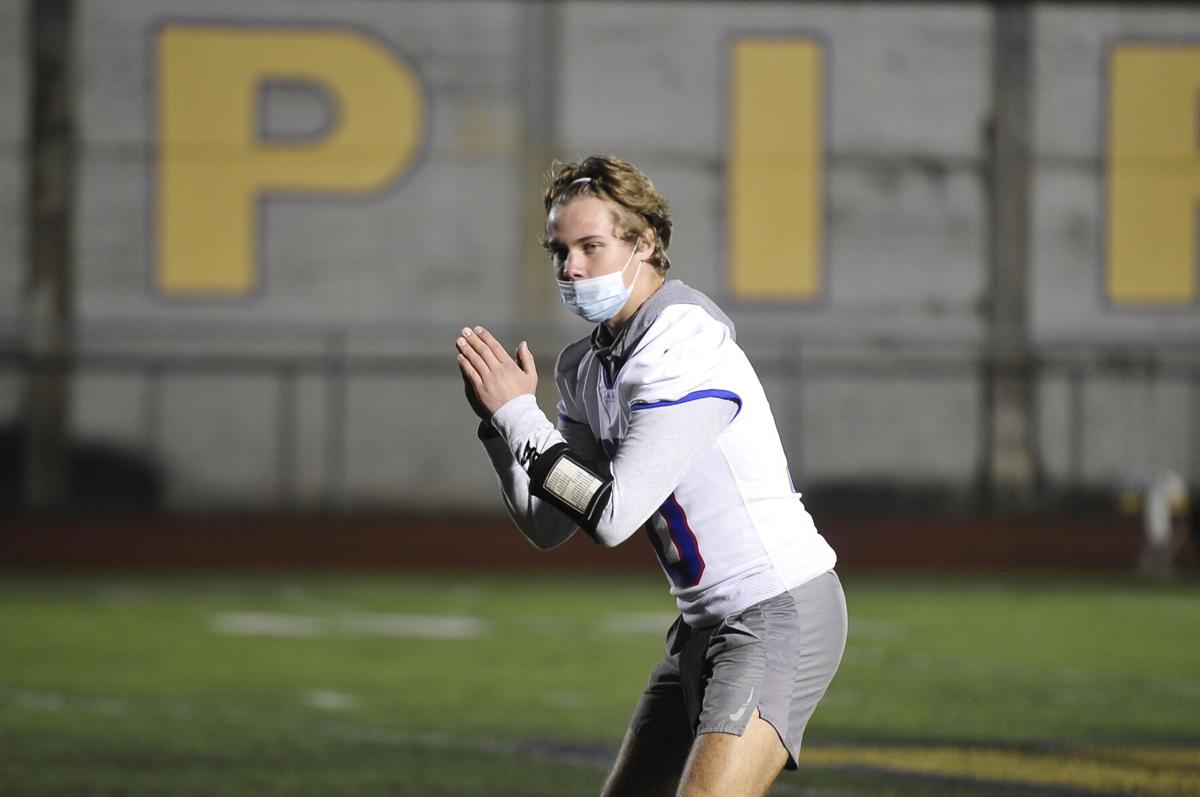 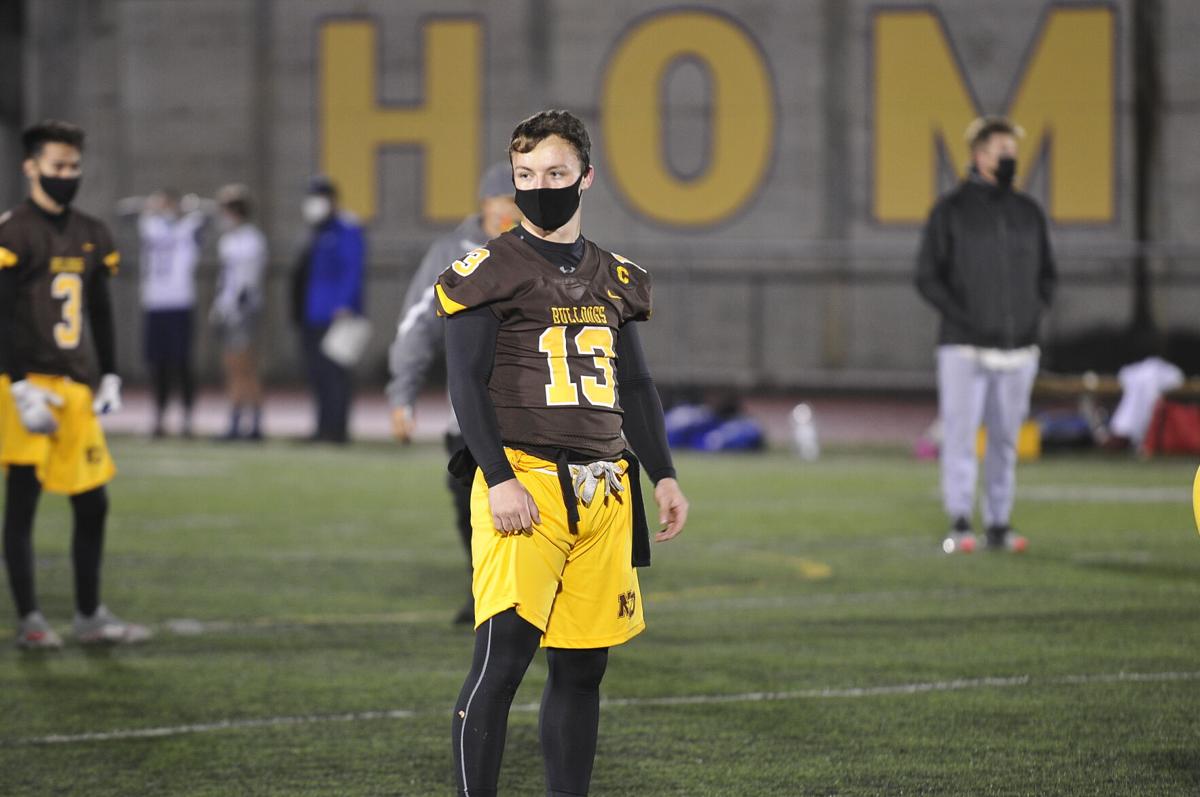 COOS BAY — In a normal year, Friday night might have marked the start of the football playoffs for South Coast schools.

This year, thrown out of normalcy by the COVID-19 pandemic, it marked the start of any football competition for five South Coast schools.

Marshfield, North Bend, Reedsport, Myrtle Point and Brookings-Harbor gathered at Pete Susick Stadium for a seven-on-seven jamboree, each meeting the other four teams in 25-minute scrimmages.

For at least one week in 2020, it was football under the Friday night lights.

“It’s great to be back,” said North Bend coach Gary Prince. “The best thing is being able to hang out with the kids again.”

That was a common perspective.

New Reedsport head coach Bill Shaw said he only had a few days of practice for his group, but was pleased 24 showed up.

“I can’t say how much I appreciate Marshfield and North Bend hosting this stuff and letting our kids get out to do something,” he said.

As with the first part of the fall, fans will not be allowed because of the ongoing pandemic.

The seven-on-seven variety of football includes just a quarterback and receivers against defenders. The quarterback has a limited amount of time to pass the ball and cannot run it. Coaches hope to add lineman competitions in the coming weeks — for now those position players are working out with the rest of the team, but not participating in the jamborees.

The goals are the same, whether it’s the linemen or the quarterbacks and receivers.

“We’re just trying to get better at the little things,”

For the first time out, Lemmons and the other coaches were pretty good.

“I thought the kids did pretty well,” Lemmons said.

Prince said seven-on-seven goes back to the basics — pre-snap and post-snap reads of the defense for the quarterbacks and running precise routes and catching the ball for the receivers.

“We had fun,” he said. “We just want to see if we can get better between now and next Thursday.

Marshfield and North Bend didn’t start focusing on football until after the first portion of the fall season, which included baseball and softball, outside volleyball and track and field.

Myrtle Point, meanwhile, has been having practices for each of its sports seasons on a different day each week, but hadn’t had any competitions before Friday.

And then there was Reedsport, which only finalized plans a few days before the first jamboree.

“A week ago, I didn’t think my kids were going to be able to do anything,” Shaw said. “We had three days of practice, nothing under the lights.”

But he was thrilled for the opportunity.

The teams had mixed success for the first time out. After they were done with the final scrimmage of the night, players from Marshfield and North Bend, good friends from rival schools, visited for a while.