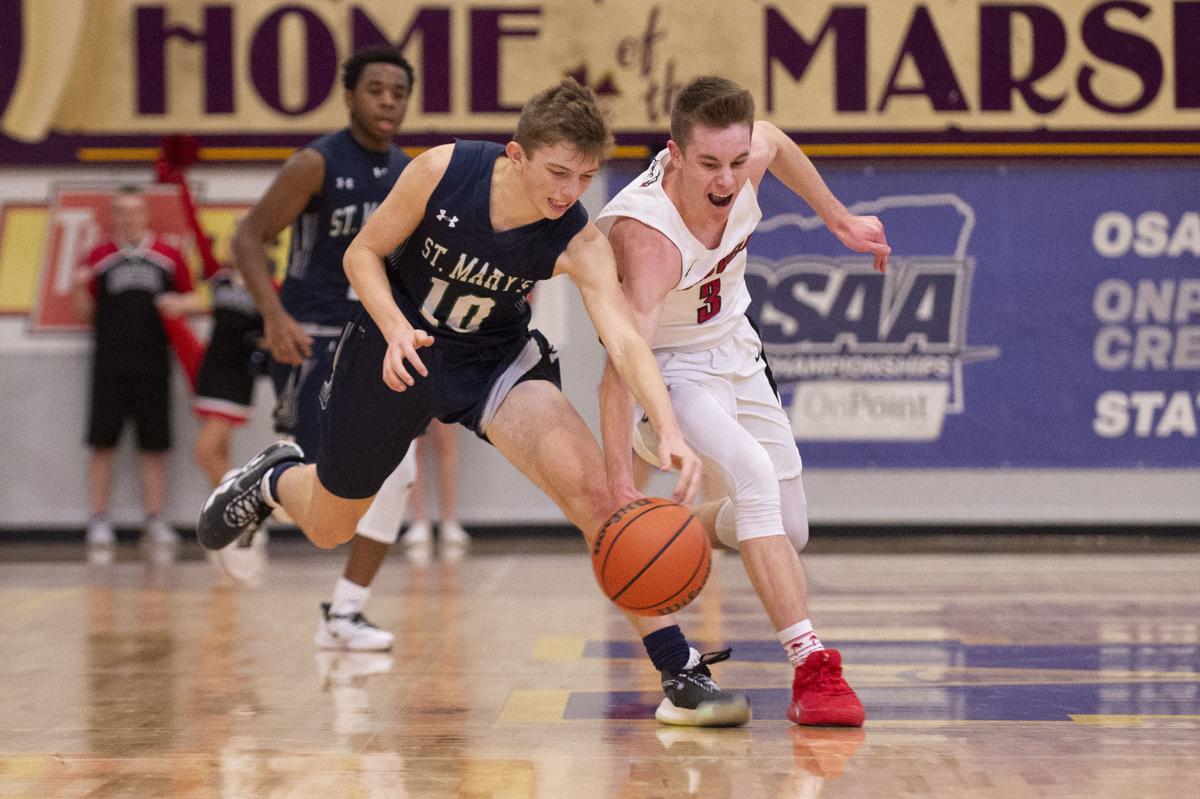 Creswell's Carter Cunningham pokes the ball away from St. Mary's Will Kranenburg of St. Mary's during the third-place game at the Class 3A state tournament Saturday at Marshfield High School. 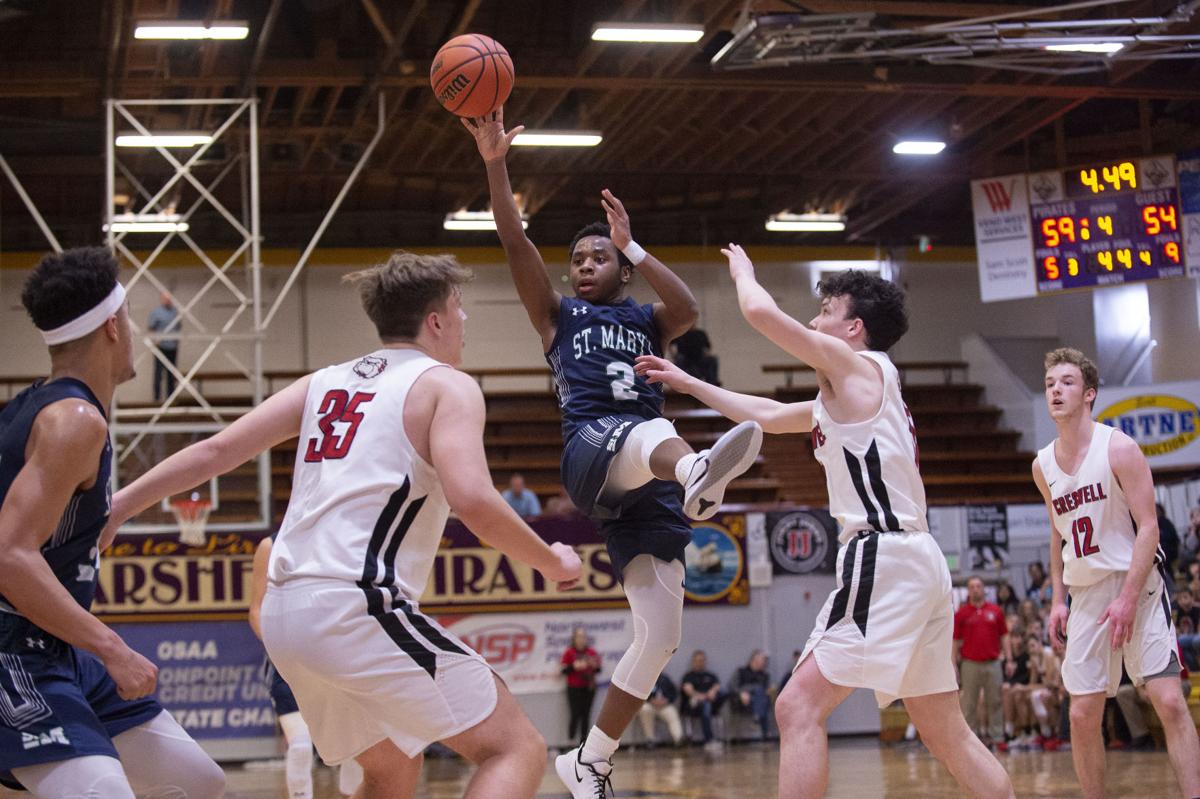 Josh Banton of St. Mary's passes the ball while driving down the lane during the third-place game against Creswell at Marshfield High School on Saturday.

COOS BAY — After a heartbreaking semifinal loss to Oregon Episcopal at the Class 3A state tournament on Friday, the Creswell boys basketball team had a heart-to-heart talk.

“We really, really wanted to win state,” said Kai Apo, one of eight seniors on the squad. “Last night, we went back to the hotel and told ourselves we have one more game left.”

3A Boys St. Mary's Vs. Creswell

Josh Banton of St. Mary's passes the ball while driving down the lane during the third-place game against Creswell at Marshfield High School o…

The Bulldogs bounced back from their loss to beat St. Mary’s 73-66 in a game that showed the depth of the tournament field, where underdogs (at least in terms of seeding) won regularly.

None of the Creswell seniors had ever played in the tournament. They had to overcome athletic St. Mary’s senior Tre Forster and the rest of the Crusaders in an up-and-down game that saw the Bulldogs build a big lead and then hold on when St. Mary’s rallied.

“It was huge for us to get over the hump (and get to the tournament),” Apo said, adding that finishing third “was not our end goal, but a huge accomplishment.”

Creswell came out on fire, living up to its stated goal of finishing the tournament strong.

Tyler Frieze had a 3-pointer and a three-point play among eight early points and when Frieze and Apo hit back-to-back 3-pointers the Bulldogs were up 16-4 less than four minutes in.

The Crusaders never let Creswell get too far ahead, though.

Will Kranenburg was providing the offense early for St. Mary’s and Foster was controlling the paint on defense, just like he did all through the tournament.

Kranenburg scored 12 of his 14 points in the first half to help the Crusaders keep contact.

Foster, meanwhile, was filling the stat sheet in other ways. He eventually finished with 16 points, most in the second half, along with 23 rebounds and seven blocks.

“He’s the best athlete we’ve ever played against,” Apo said.

Foster also was called for goaltending once and had another block nullified because a foul was called on a teammate just before a shot attempt.

But he couldn’t block the 3-pointers, and Creswell hit six of 13 from long range in the first half.

“Coach got into us and told us we have to have three or four passes on a possession,” Frieze said. “We shoot better when we move the ball.”

The Crusaders had 12 points in a row, including 3-pointers by Josh Banter and Jimmy Forester, eventually taking a one-point lead on a basket by Jonah Hadley with a minute to go in the third.

Creswell went ahead for good on a three-point play by Gauge Smith early in the fourth and put the game away at the foul line.

Frieze and Apo scored 23 points each and Smith and Dallton Dewey each had eight.

“Congrats to Creswell,” Foster said, adding that the Bulldogs did what they needed to win.

Foster led St. Marys, while Banton scored 15 points and Kranenburg and Forrester both had 14.

“I’m proud of my guys,” Foster said. “They accomplished a lot this season.”

That included the state tournament, even if the end result was the fifth-place trophy instead of something higher.