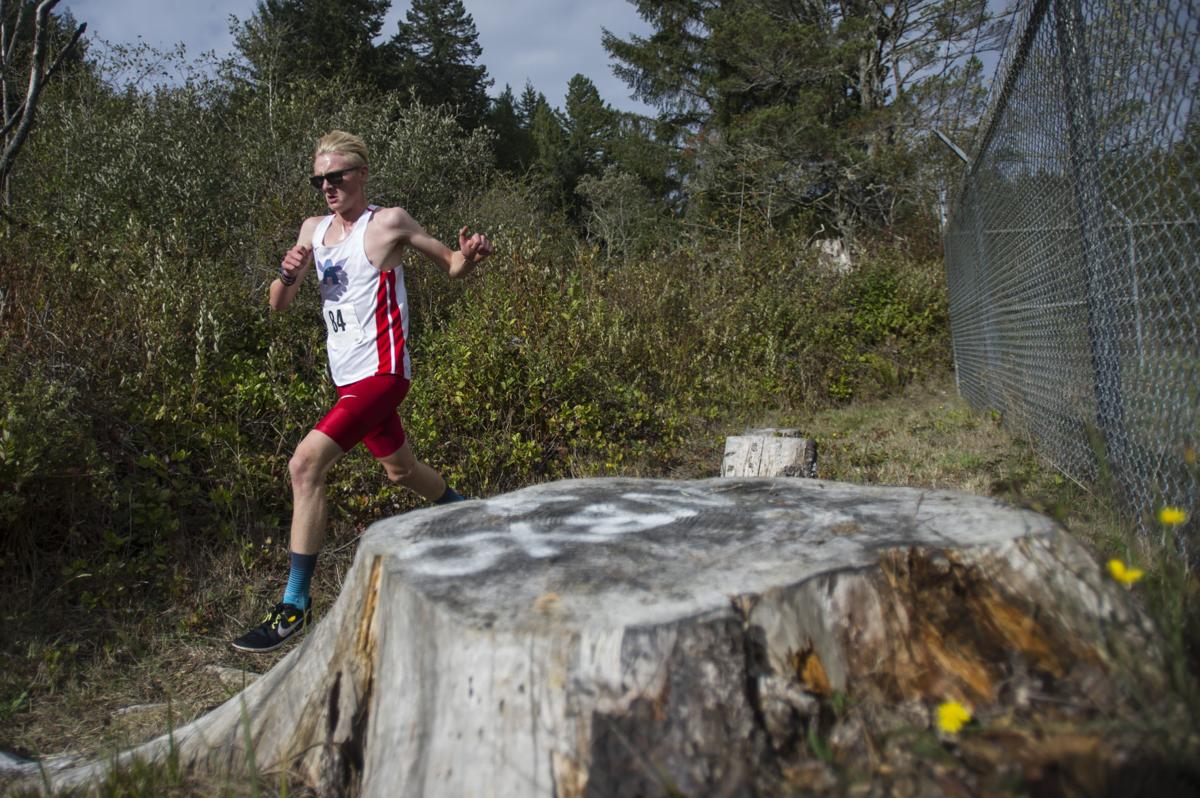 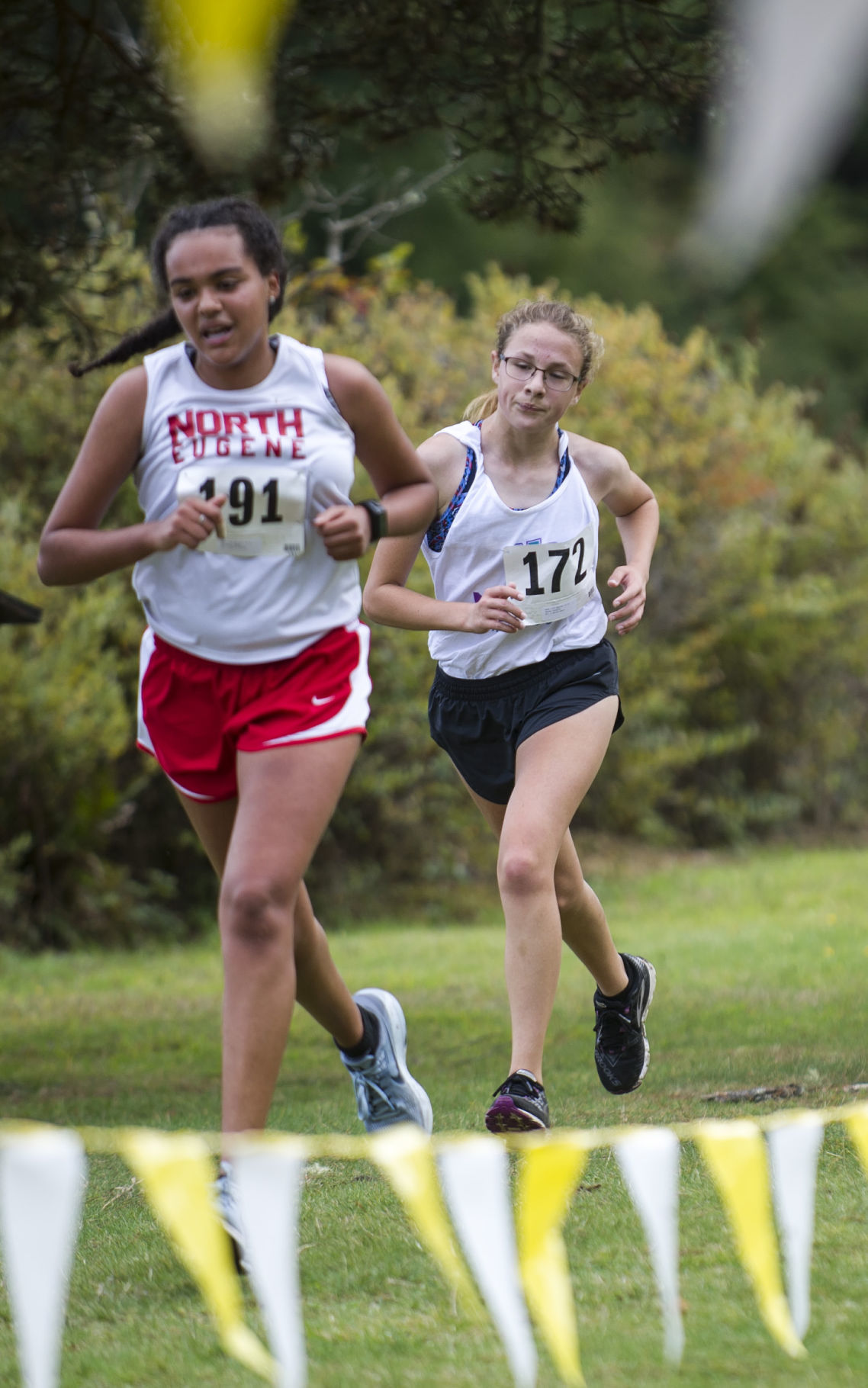 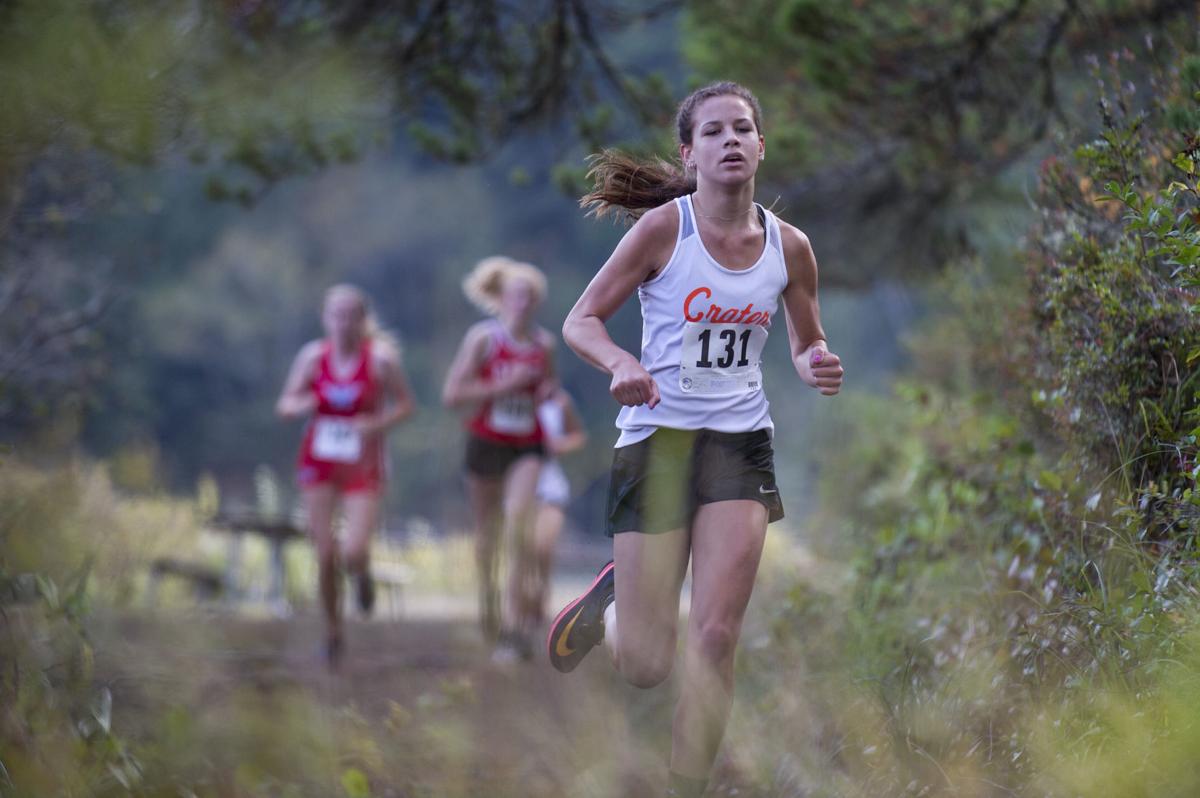 Crater's Mariah Kinney leads the pack during the girls Midwestern League meet Wednesday at Tugman State Park. Kinney won the event with a time of 18:53.2. 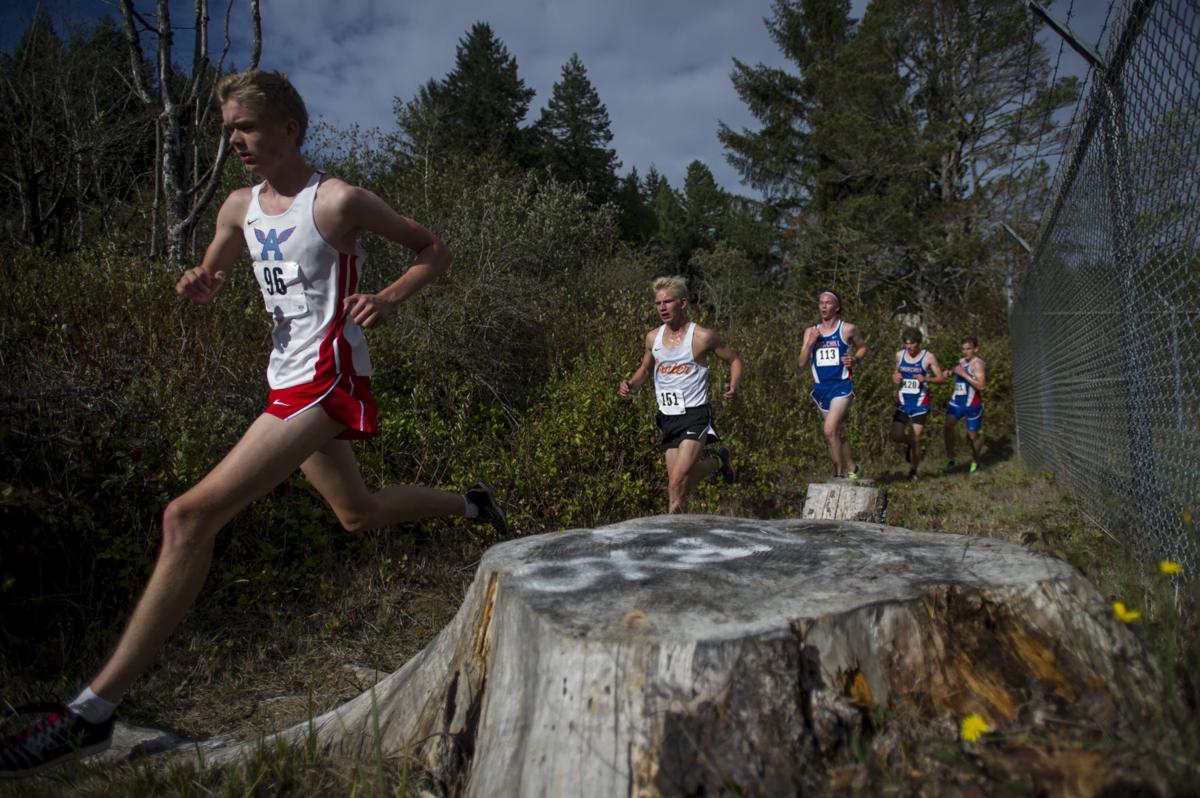 LAKESIDE — The boys race in the Midwestern League district cross country meet Wednesday was essentially a preview of next week’s Class 5A state meet.

Heading into the meet, the league’s top four runners were among the top five in the state, and those four all ran times in the all-time top-10 on the 5,000-meter course at Tugman State Park that North Bend has used for 15 years.

While Crater swept the team titles and Ashland’s Evan “EJ” Holland smashed the course record, North Bend’s teams finished a season of growth and change — adjusting both to a new coach and a new classification.

“Everything was new this year,” sophomore Eric Monsebroten said. “We persevered.”

“I am very happy with how my athletes did,” she said. “I couldn’t be more proud of them.”

The Bulldogs were never in contention for team or individual berths in the state meet.

But several runners finished their seasons on a high note, including Celeste Sinko, who was 18th for the girls in a new best of 20 minutes and 42 seconds, posting the highest finish for North Bend in either varsity race.

Sinko said she hopes seeing the level of ability by the Midwestern League teams will inspire the team members to work harder next summer.

“We have a lot of talented freshmen,” he said.

Holland had been done more than three minutes by the time Tatge got to the finish.

The Ashland junior blazed through the course in 14 minutes and 59 seconds, despite racing at Tugman for the first time.

“That’s my third sub-15 this year,” he said, adding that being able to complete those times consistently will help give him the confidence he needs to reach a big goal at the state meet, the 14:56 time Galen Rupp ran his junior year for Central Catholic before going on to a phenomenal career at the University of Oregon and internationally.

“Coach said to push the roads and asphalt because that’s where you can pick up the pace,” he said. “I tried to surge on the asphalt and keep pace on the grass.”

About a mile into the race, he pulled away from Crater’s Jantz Tostenson, who held off Ashland’s Arlo Davis for second place. Tostenson (15:33), Davis (15:34) and Churchill’s Peter Lechman (15:41) all ran times among the top 10 all time on the course, an impressive list with many runners who went on to compete in college.

“I just wanted to go out and run with EJ,” Tostenson said. “He’s a great runner.”

Tostenson said he’s been battling a cold, but with a little more than a week to recover for state, he hopes to push Holland.

But Tostenson was more excited about his Crater squad, which put its five scoring runners in the top 10 overall to win with 31 points, 10 better than Ashland. Churchill finished with 58 points and also qualified, along with fourth-place Springfield (104).

“I’m really excited,” Tostenson said, adding that he was inspired seeing his teammates finishing behind him. “That made me so ecstatic about what we can do. I told them, ‘I’m proud of you guys.’”

Between them, Ashland, Crater and Churchill had the top 14 runners and 18 of the top 21.

The girls race was similar, though Thurston’s Abby Raven, the winner of the Tugman Invitational back in September, earned a state berth by finishing fifth.

Crater had four of the top eight and finished with 30 points, while Churchill (61) edged Ashland (64) for second and Springfield (90) finished fourth to also earn a state berth.

Kinney said Crater has improved dramatically since the earlier race at Tugman, when she placed third behind Raven and Coquille’s Allie Storts.

“We’ve been working hard as a team,” she said. “We’ve increased our mileage. We’ve been doing the hard workouts together.”

Kinney’s time was a new personal best and moved her into the top 10 on the course and in the Class 5A rankings for the season.

“I came in with the mindset that I needed to show what I can do,” she said.

The Comets showed they can be a player in the team race next week, too.

“We knew we could get there with hard work,” Kinney said.

Match times were finalized Wednesday for the three South Coast teams that are in the volleyball playoffs Saturday.