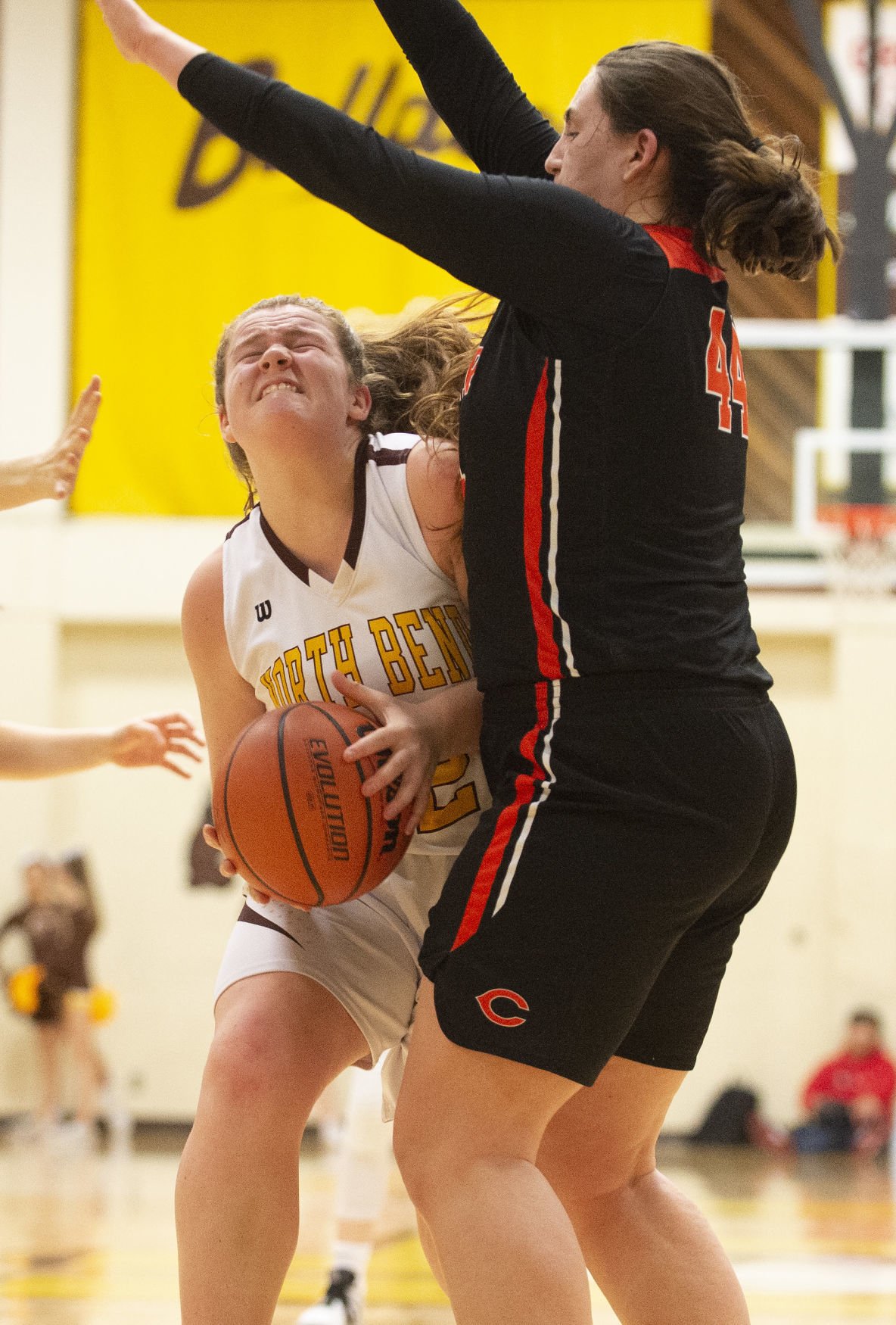 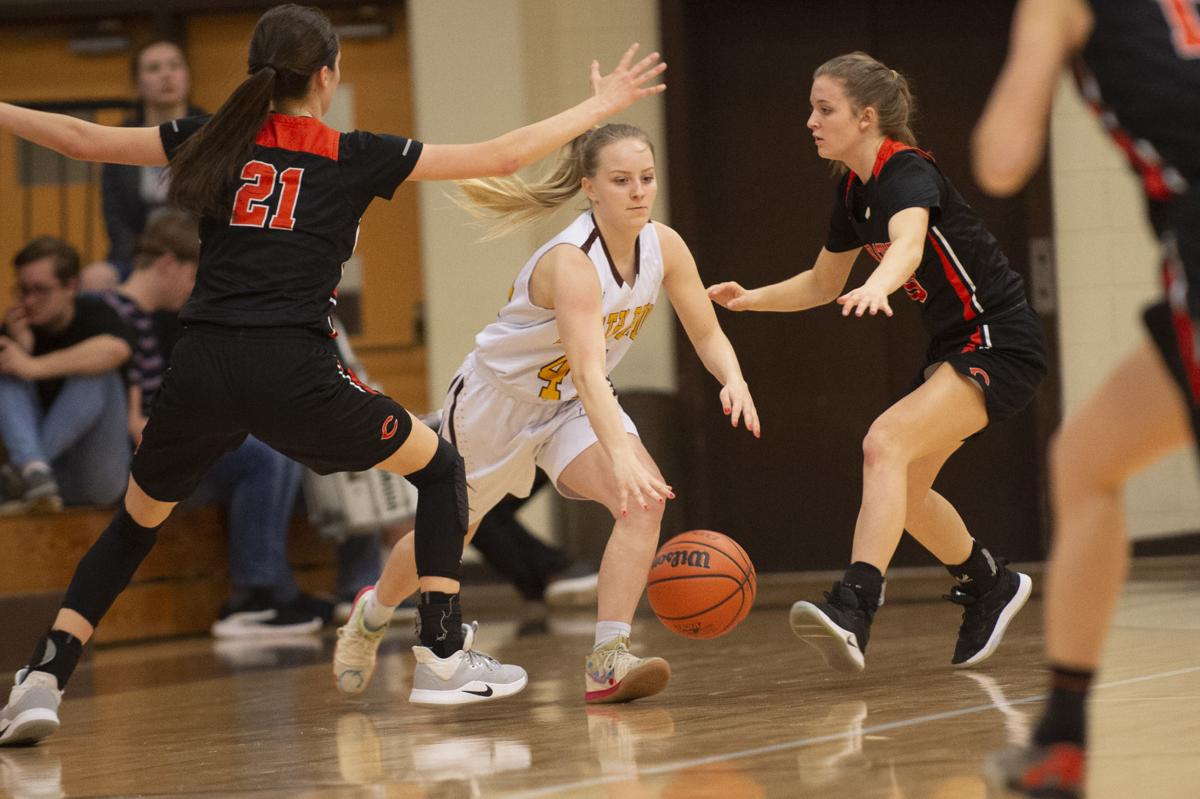 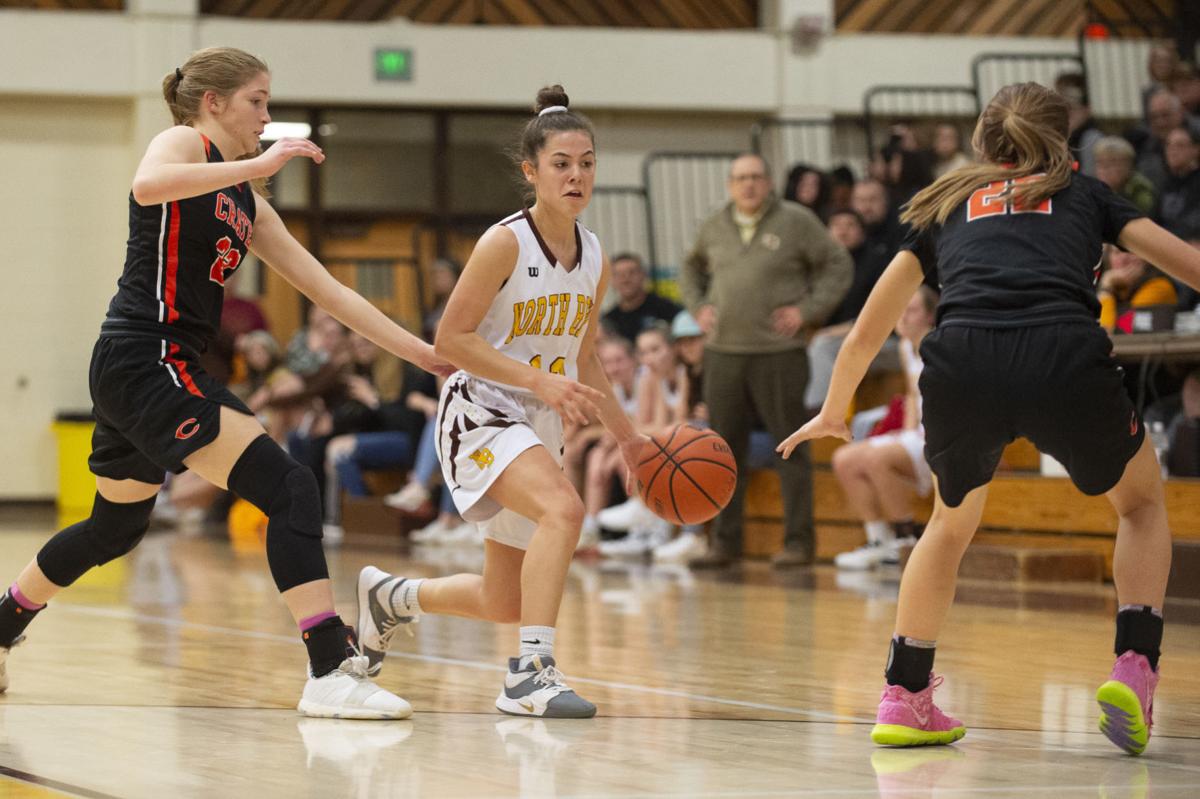 NORTH BEND — The North Bend girls are making progress on the basketball court.

Though it didn’t result in a win Friday night against visiting Crater, it certainly showed in the nature of the game against one of the Midwestern League’s top teams.

The Comets eventually pulled away for a 42-26 victory, but early in the third quarter, North Bend had the ball trailing by just two points on a couple of different possessions.

“I think we played really well,” North Bend coach Mike Forrester said. “I loved our effort. I thought it was great.”

For perspective, Crater won the first meeting 65-24 after taking a 20-0 lead in the first period and leading 39-3 at the half.

“Crater’s good,” Forrester said of the Comets, who improved to 16-2 overall and 9-1 in league play. “That’s a huge improvement from the first time we played them.”

This time, the Bulldogs scored the first four points — baskets by Aby Holling and Megan Proett — and were in front most of the first period.

North Bend wasn’t bothered nearly as much by Crater’s intense pressure, though that eventually did turn the tide in the Comets’ favor with a couple of quick baskets as they scored the last seven points of the third to take a 30-19 lead to the fourth.

Crater threw a number of different defenses at the Bulldogs, including full-court and half-court trapping looks and a speedy zone. But at one point in the third, the Comets had more turnovers than the Bulldogs (ultimately, North Bend finished with 24 and Crater with 19).

“Their press made a difference,” Forrester said.

Crater, which had a big size advantage, only out-rebounded North Bend 32-28.

“Playing teams that are that size, they are always going to get some offensive rebounds,” said Proett, who led North Bend with seven boards and nine points.

The Bulldogs were most pleased with their defense.

“I don’t know how much better we can get defensively,” Forrester said. “We’re putting kids in the right spots and not letting posts beat us.”

The Bulldogs were coming off their first win, a week earlier, against Thurston, and fed off that momentum, Proett said.

“We played good,” she said. “After we beat Thurston, it gave us the reassurance that we needed.

“Even though we didn’t win, it makes us feel good that we can stick with them.”

Presley Robison led Crater with 11 points, including two 3-pointers, and McKenzie Hirsch had eight for Crater.

And though the Bulldogs shot poorly from the floor, hitting just 6-for-34 (18 percent), they were much better than normal from the line, hitting on 13 of 18 free throws, including 10-for-12 in the second half by Proett, Holling and Holmes.

North Bend now goes into a string of games against teams they should be able to compete with if they have similar effort to Friday.

They host Willamette on Tuesday and then have a two-game road trip to the Rogue Valley to face Ashland on Friday and Eagle Point on Saturday.

“If we play hard and work together like we have been, we can (win games),” Proett said.