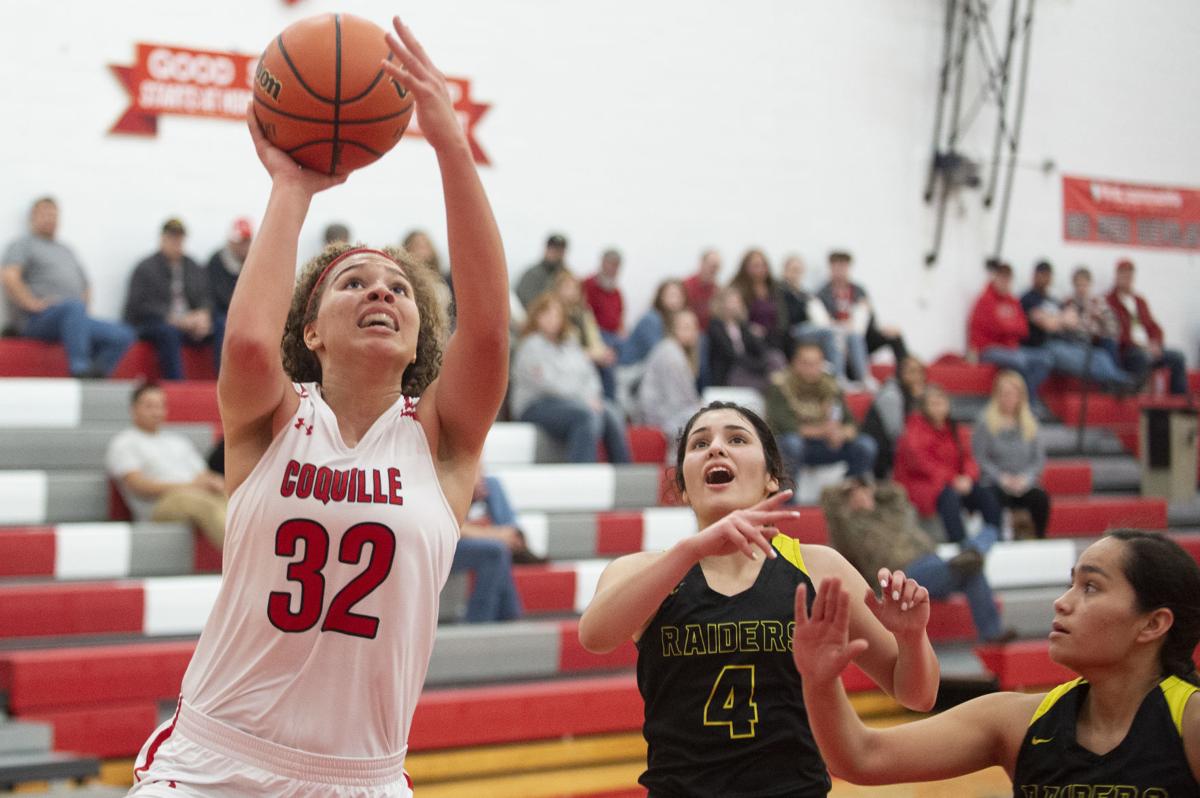 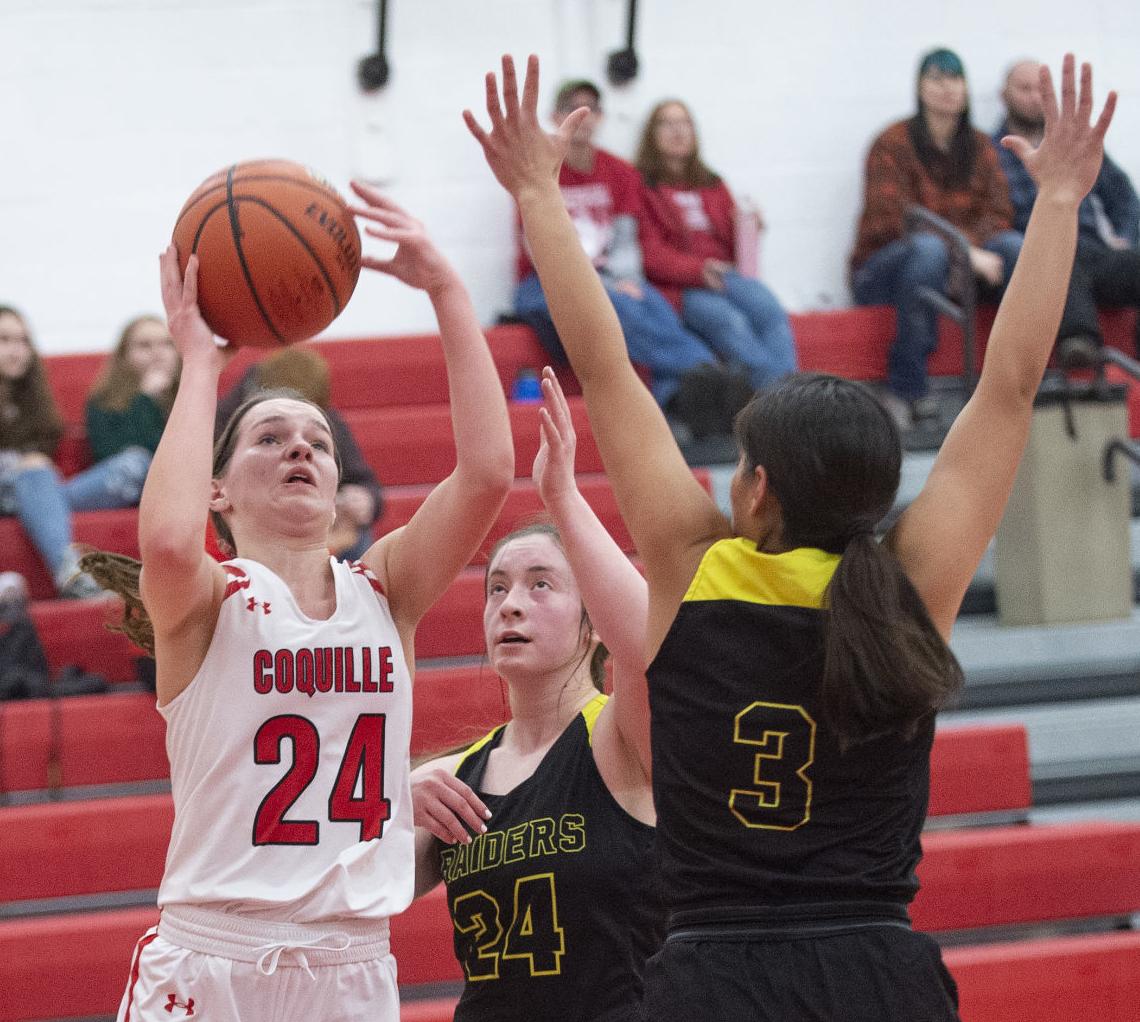 Coquille's Drew Wilson puts up a shot during a preseason game against Lost River in Coquille. 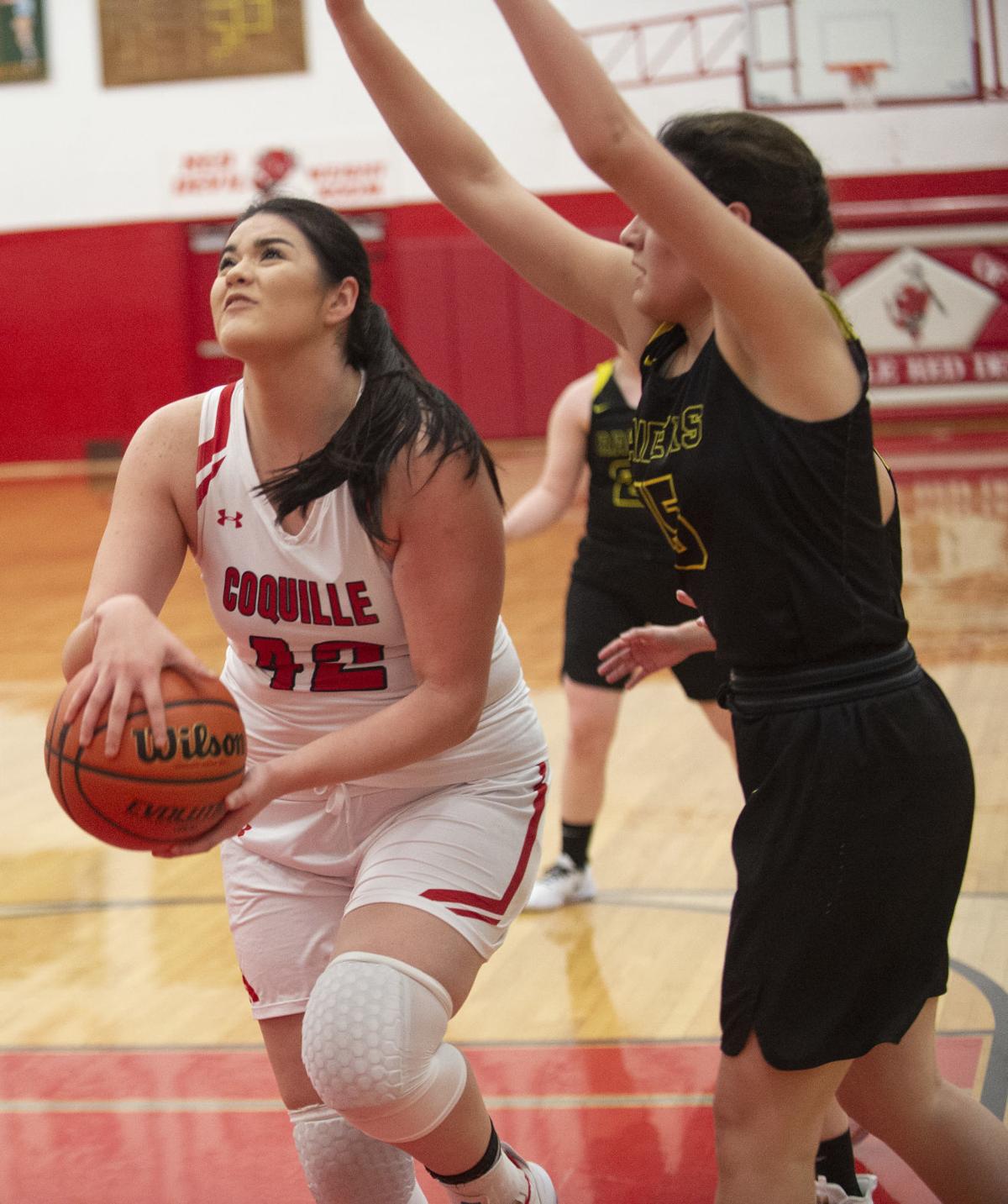 Coquille's Mia Ruiz drives to the net Friday during a game against Lost River at Coquille High School. Coquille beat Lost River in the opening game of the Holiday Hoop Fest 55-32. 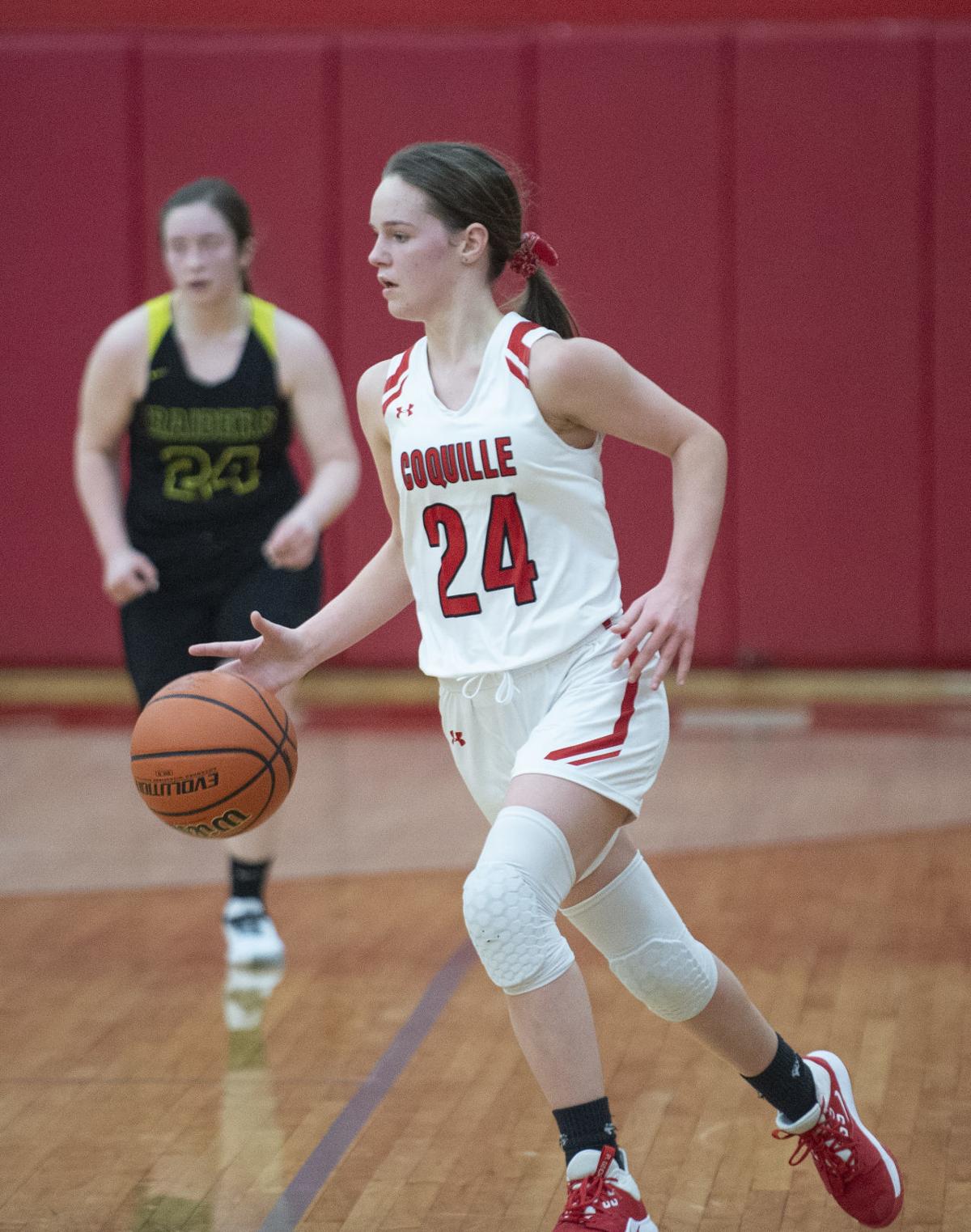 COQUILLE — The Coquille girls basketball team has pretty high standards for itself.

That’s why the Red Devils were not terribly pleased with their 55-32 win over Lost River on the opening day of the First Community Credit Union Holiday Hoopfest.

Coquille's Drew Wilson puts up a shot during a preseason game against Lost River in Coquille.

“We didn’t play the best,” Coquille’s Saige Gallino said. “We didn’t have a lot of energy.”

That likely was partly because the team had two practices Thursday to make up for two days off for Christmas and a shoot-around Friday morning, but the reason doesn’t matter for a team with aspirations of proving its top ranking in the Class 2A coaches poll.

“We played all right,” Coquille coach Tim GeDeros. “We had no emotion.

“I think we’re looking ahead to tomorrow.”

By tomorrow, he was referring to Saturday’s game against Kennedy, which is ranked second in the coaches poll and played two great overtime games with the Red Devils last year, beating Coquille at Mount Angel and falling to the Red Devils in the semifinals of the state tournament.

Gallino said the Red Devils are excited about the opportunity against the Trojans.

Far from their best, the Red Devils were in control from the start Friday night against the Raiders as they improved to 9-0.

They scored the first 11 points and didn’t allow Lost River a field goal until the final seconds of the first period.

Coquille was up 13-3 after one and 32-10 at half, but came out of the locker room without much fire as the Raiders suddenly were winning the battle for loose balls (they had 12 offensive rebounds in the second half after grabbing just three in the first) and scoring regularly.

Coquille's Mia Ruiz drives to the net Friday during a game against Lost River at Coquille High School. Coquille beat Lost River in the opening…

The Raiders opened the second half on an 11-2 run, though the closest they got was down 13.

That was because Gallino hit a pair of 3-pointers from the wing to keep Coquille comfortably in front.

“When Saige hit those 3s, it pumped us up more,” Coquille’s Mia Ruiz said.

Coquille won without great offensive movement for much of the night.

But GeDeros said too often the Red Devils settled for their first open look instead of moving the ball around to get a better shot.

In a rarity, they also had more turnovers, committing 21 to 20 for Lost River.

Ashleigh Taylor had 12 points and Angela Taylor nine for the Raiders, who have an opportunity to get a big win when they play Class 3A Sutherlin in the first game Saturday.

Coquille, meanwhile, hopes to be back in its usual form for its game with the Trojans, who have two losses by a combined six points to last year’s Class 3A (Clatskanie) and Class 1A (St. Paul) champions.

“We got all the rust off,” Ruiz said.

“Hopefully we play harder tomorrow and play with more passion,” he said.