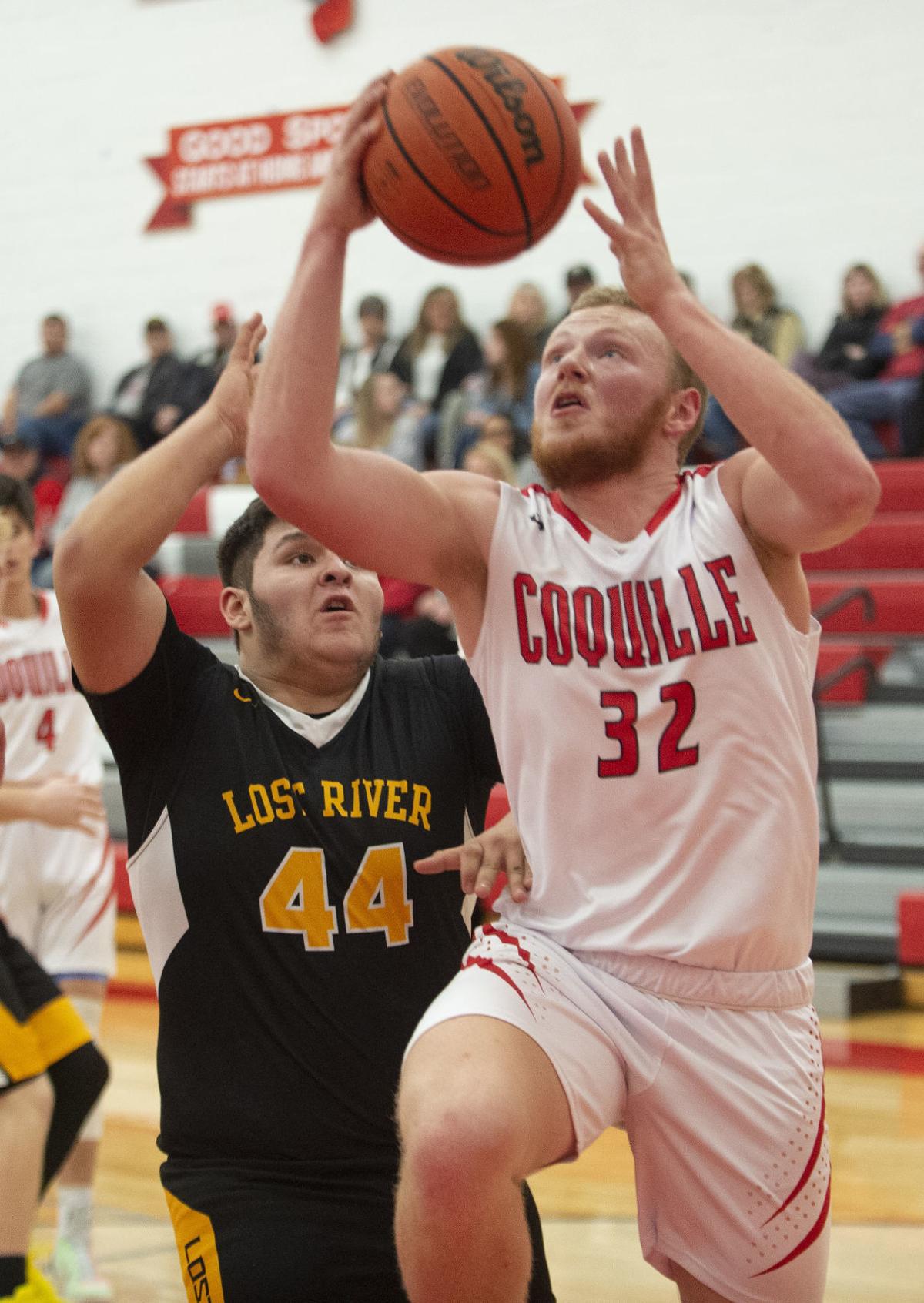 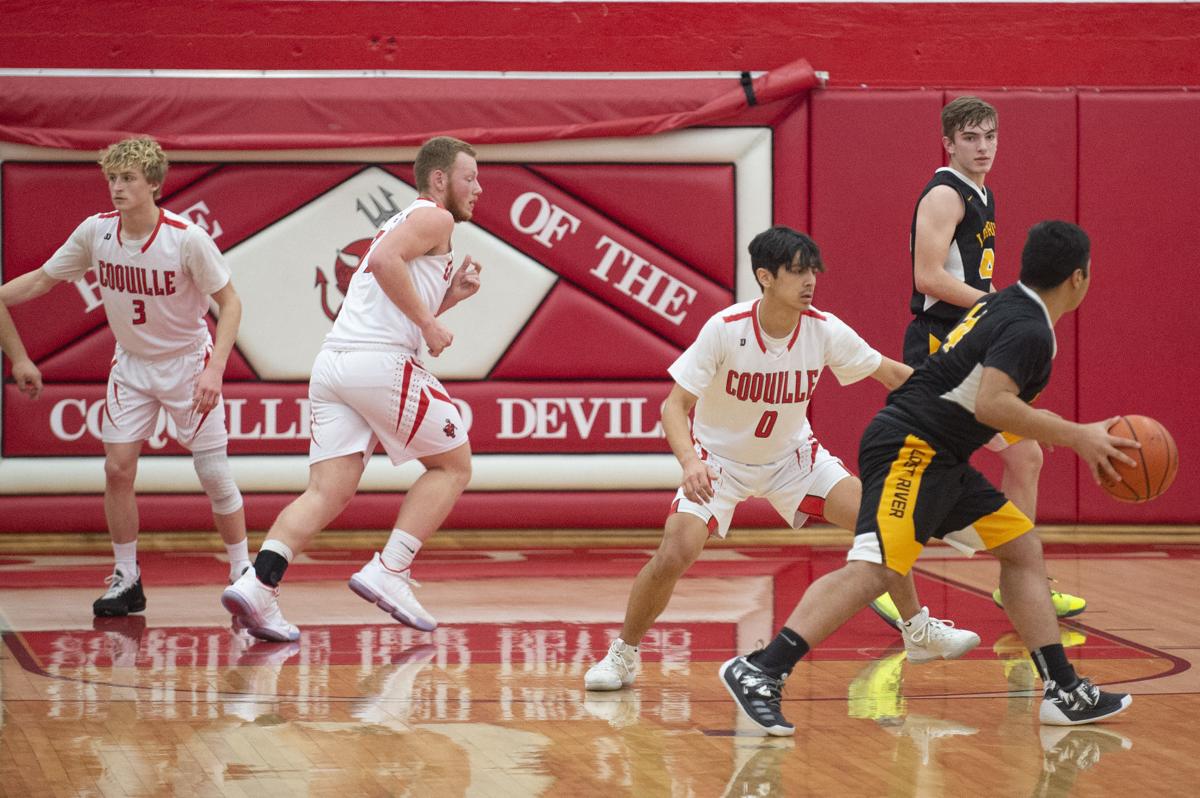 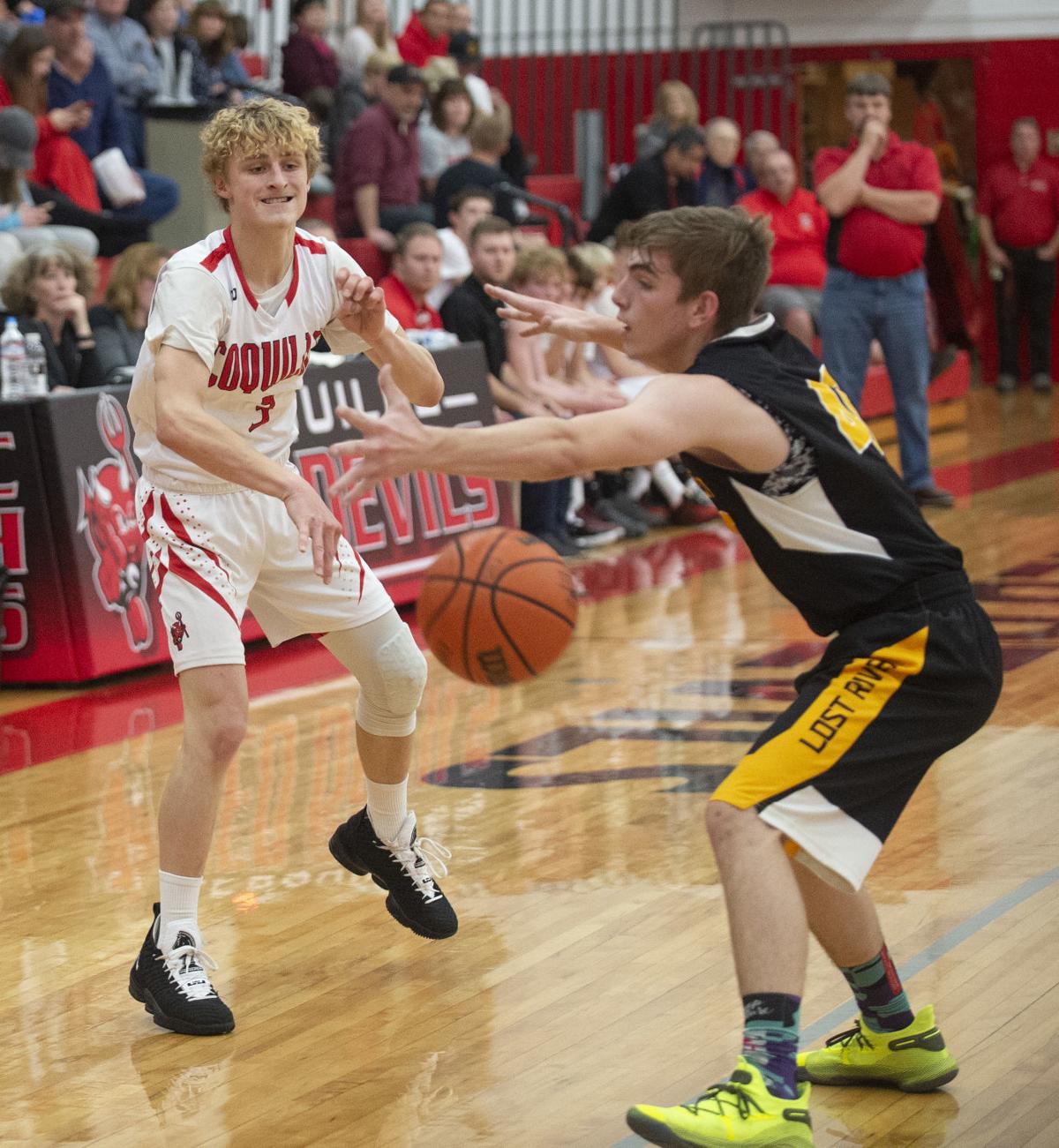 COQUILLE — After the Coquille boys basketball team lost a game they felt like they shouldn’t have last week to Horizon Christian, the Red Devils were looking for a good bounce-back win on the opening day of the First Community Credit Union Holiday Hoopfest.

They got it with a 55-39 win over Lost River on Friday night.

“I’m proud of the kids,” Coquille coach Willy Layton said. “We played a heck of a lot better than we played last Friday.”

The Red Devils led all the way, using an 11-0 run over most of the second period to go up 30-15 and then taking control again after the Raiders had cut the lead to six early in the third quarter.

The players were happy to get back on the winning track as Coquille improved to 7-1 on the season.

“We stumbled, now we’re back running,” said Cort McKinley, who hit his first four 3-pointers on the way to 12 points.

The Red Devils shot great as a team for the first half and were 15-for-26 from the floor after making their first three shots in the third period before cooling off. They were thriving by hurrying up their large court and moving the ball well on offense.

“We pushed the tempo a bit,” McKinley said.

“It’s our big court,” added Ean Smith, who had a game-high 20 points. “We like to run. Everybody hates coming here.”

Jeremy Kistner also had 12 points for Coquille and grabbed 13 rebounds.

Smith, Kistner and McKinley had all of Coquille’s points in the first period until Kistner hit Julien Temps inside for a basket just before the buzzer as the Red Devils took a 19-13 lead.

Good passing was a theme of the game. Coquille had 12 assists, including four by Jace Haagen and three by Kistner.

McKinley was the recipient of several of those passes and Haagen had a 3-pointer from the wing to start the fourth period, sparking a quick 7-0 run that essentially eliminated any chance of a comeback by the Raiders.

Layton pointed to the play of Haagen as a key in the win. The point guard was more than content to bang inside and finished with six rebounds, including four off the offensive glass. Coquille finished with almost as many offensive rebounds (11) as Lost River had defensive boards (12).

“I’m happy with the way Jace played,” Layton said. “He set the tone.”

The coach still would like Coquille to cut down on its turnovers. After committing zero in the first period, the Red Devils had 16 the final three, finishing with one fewer than the Raiders.

Smith was the offensive catalyst much of the game, driving to the hoop for nearly all of his points. He and Kistner both have that ability, opening up the outside when the defenses collapse.

“Me and Jeremy drive the lane,” Smith said. “We kick it out and these guys are hitting 3s.”

Aiden McAuliffe had 15 points to lead Lost River, which faces Sutherlin on the second day of the event before Coquille battles Kennedy in a big game for the Red Devils.

“It’s the biggest game we’ve played all year,” Smith said of the battle with the Trojans, who handed Coquille a narrow loss at Mount Angel last year.

Friday was a good tune-up.