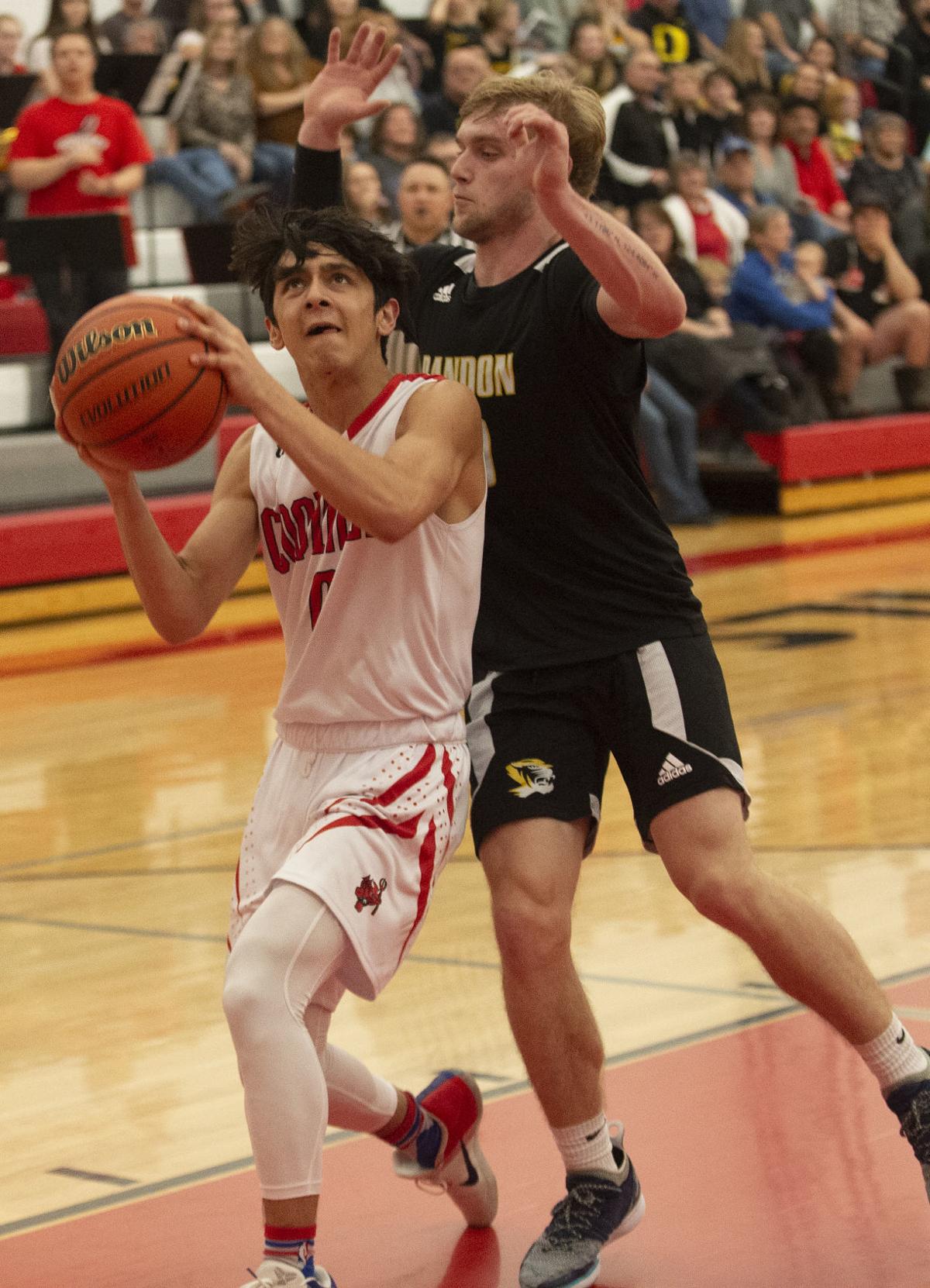 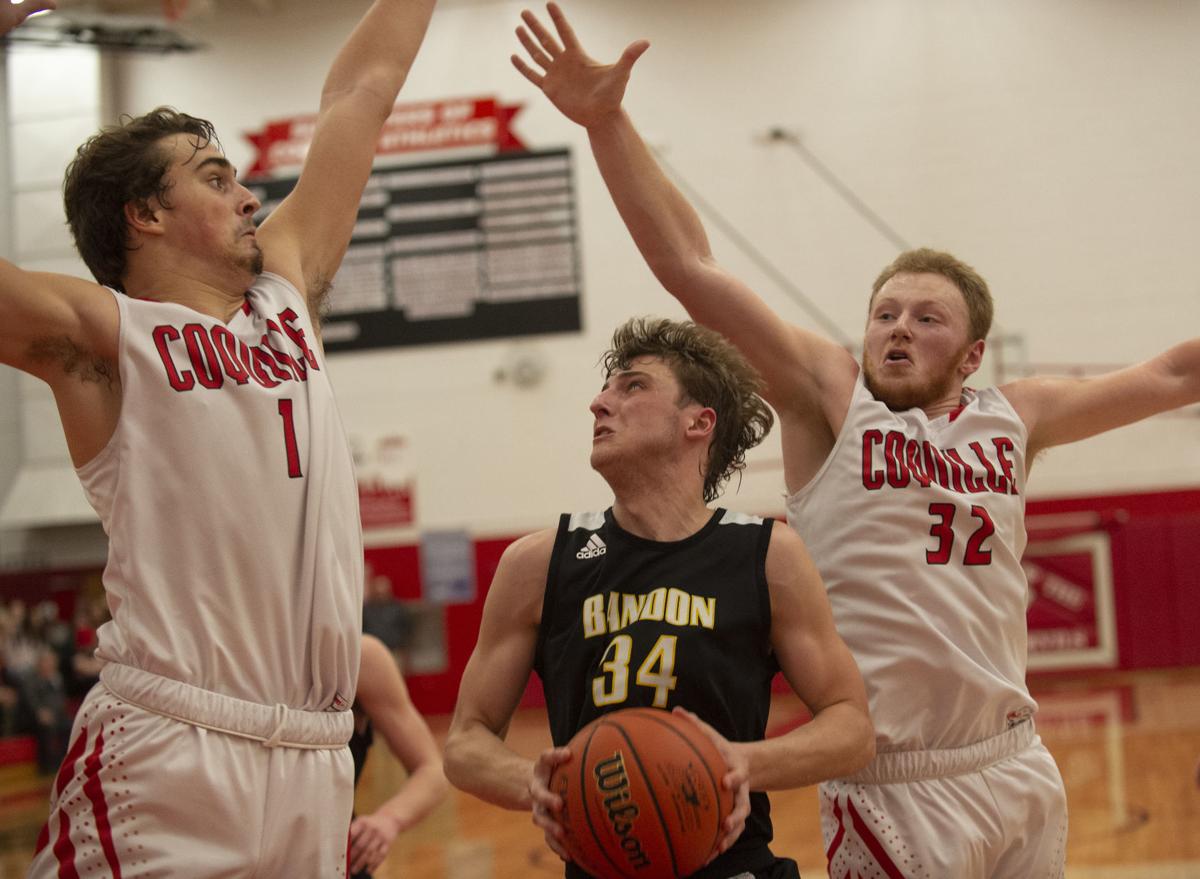 COQUILLE — Struggling to score against Bandon’s aggressive zone defense, Coquille’s boys basketball team came up with a solution Friday night — get the ball in to Jeremy Kistner.

The big post had 24 points as the Red Devils beat the visiting Tigers 48-40 to finish the first half of the Sunset Conference season in second place. The Tigers are in third, with both trailing Toledo, the only other team to beat either of them.

“He’s a tough guard,” Bandon coach Vince Quattrocchi said of Kistner, who made his first 10 shots from the floor and his first three free throws before cooling down late.

Kistner also grabbed 15 rebounds and Coquille needed his effort on a night when several of the team’s players were off their regular game offensively.

Kistner credited Jace Haagen for finding him inside over and over, especially after halftime.

“We knew we had a size advantage,” he said. “It was a big part of our game plan getting it inside.”

Haagen finished with six assists, nearly all to Kistner, often through small windows in Bandon’s defense.

“Jace did a good job putting it on the money every time,” he said.

The Tigers kept the game close with their defense. Coquille led 11-10 through one period and it was tied at 20 at the half.

The Red Devils appeared to be getting separation in the third, grabbing a 33-24 lead on a 3-pointer by Haagen, but then turned the ball over three straight possessions as Bandon stormed back within two.

But the Tigers never caught up and Kistner finished the third period with a put-back at the buzzer for a four-point edge and then scored the first four points of the fourth.

The Red Devils hit enough free throws down the stretch to hold on, though they finished just 8-for-17 from the line and had a couple of late careless turnovers.

But like the Red Devils, the Tigers struggled at the line, making just three of 11 free throws.

Still, Quattrocchi was pleased with how his team played.

“We did give them a fight,” he said, adding that the Tigers wore down late running up and down Coquille’s floor, which is considerably longer than their own. “The kids were gassed.”

The Tigers missed a number of inside shots, he noted.

“It definitely wasn’t for lack of effort.”

“They came ready to roll. It’s going to be a battle (in Bandon).”

That game comes on the final day of the regular season, Feb. 17, the last of five straight league home games for Bandon after they play their final conference road contest Tuesday at Waldport.

Coquille is at fourth-place Reedsport to open the second round of league play Tuesday.